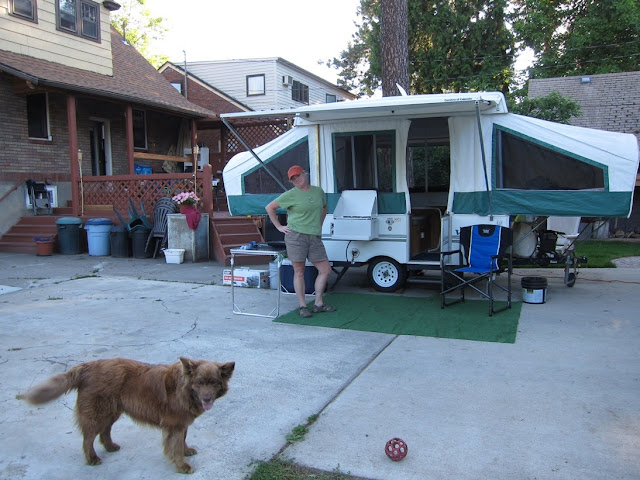 As long as we've known each other, I'd have expected you to give me an ounce of credit.

But then it's you we're talking about, so how surprised am I, really?

What's actually happening in this photo is that Patty and I recently scored a used tent trailer, and we finally got a chance to give it a proper shakedown in the driveway tonight.

Ever since I accepted my new "career challenge", the demands on my time are insane, and we've been trying to figure out ways to deal with that.  One thing that's clear is that we need to figure out a way to unplug. Another is that spontaneous anything is hard to come by and we have to plan our getaways, or they won't happen.  Time will tell if the TT is part of the solution, or just wishful thinking. You have to try something though.

And yes, it has a receiver in back that you can mount a bike rack to. Hello. 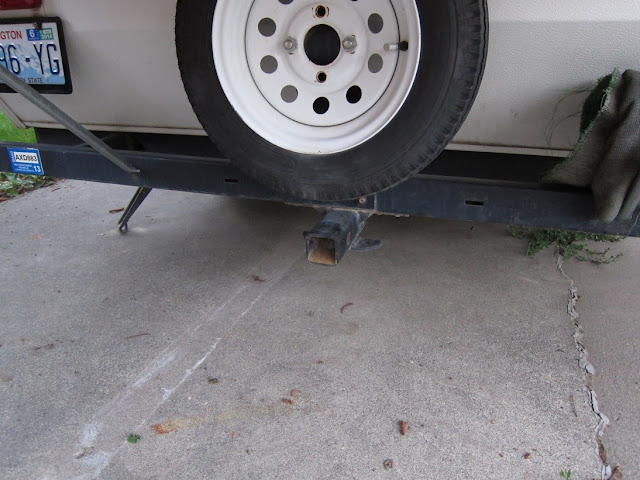 I was just gonna chill, and not drag out the damned camera. Apparently then, I just couldn't help myself. Speaking of help(ings), Travis was back for seconds. Even though he clearly hates it. How can one not appreciate his sense of duty. 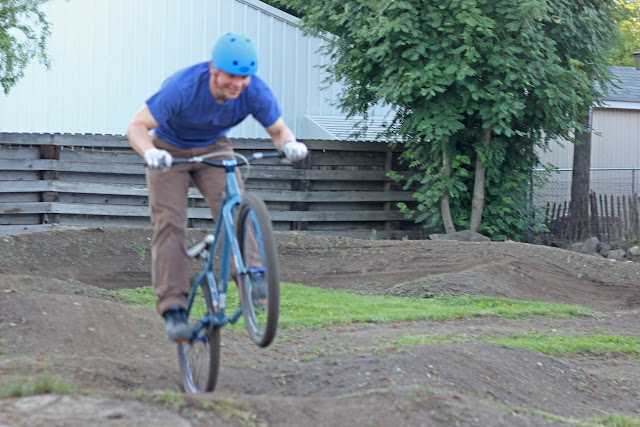 Jeff, who works with Travis, was a newcomer. It took exactly one half of a lap before he was just railing it, and riding the track faster than I ever have or ever will. 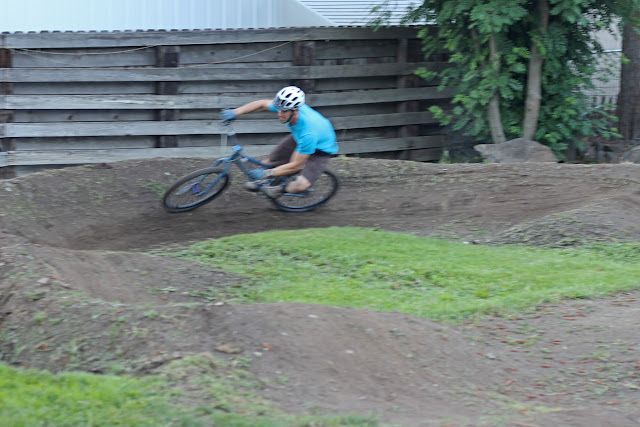 If you happen to be looking for the definition of concentration, check out his eyes . . . 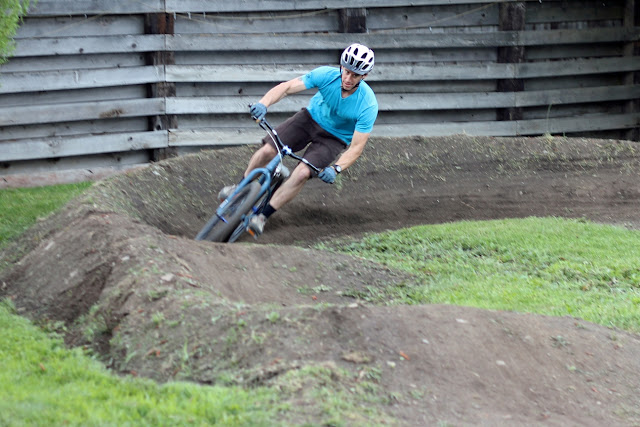 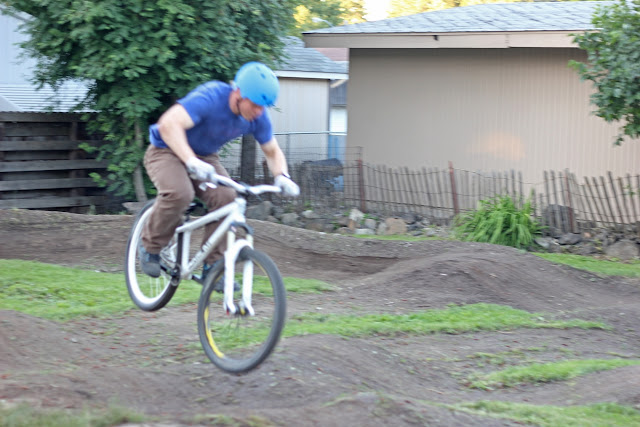 And then we had dinner. After which, the fatbike came out to play and more air was subsequently begotten. 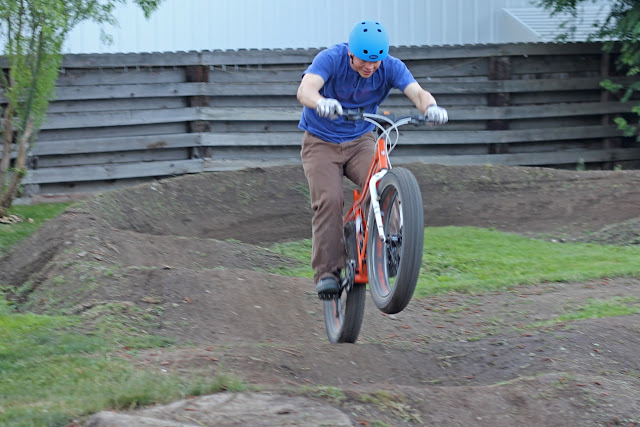 After which, it was somehow subsequently determined that bigger air needed to be begotten, and so an effort in support of this initiative was diligently undertaken. Rest assured that attention to the appropriate supervisory and quality control resource structure was not overlooked.  In general, I pride myself on running a professional operation out of my back yard, and it goes without saying that if you want professional results, you cannot ignore the details. 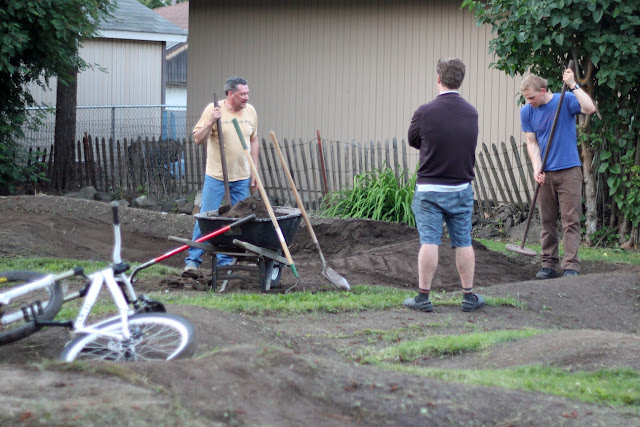 This professional aproach ultimately paid huge dividends, as the next series of photos demonstrates. Clearly. 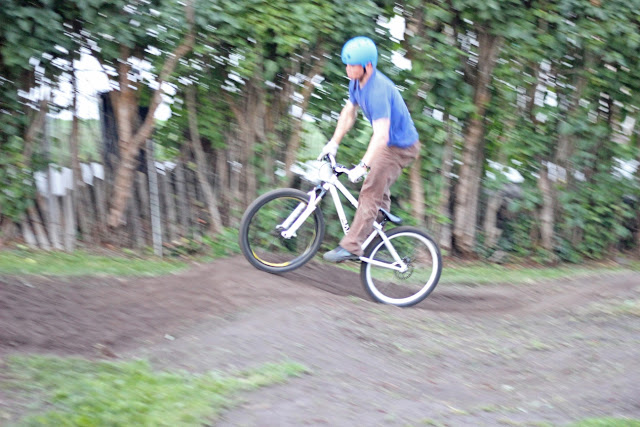 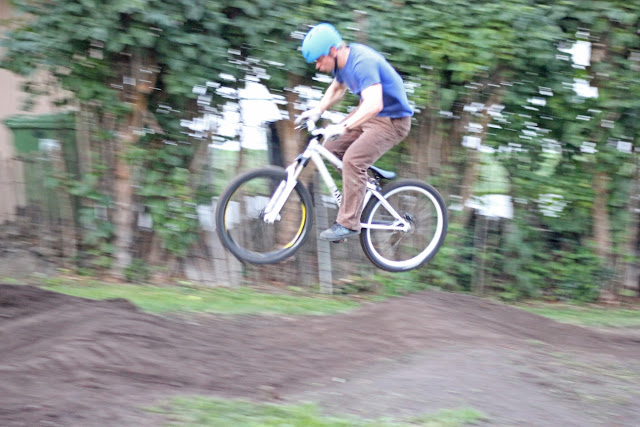 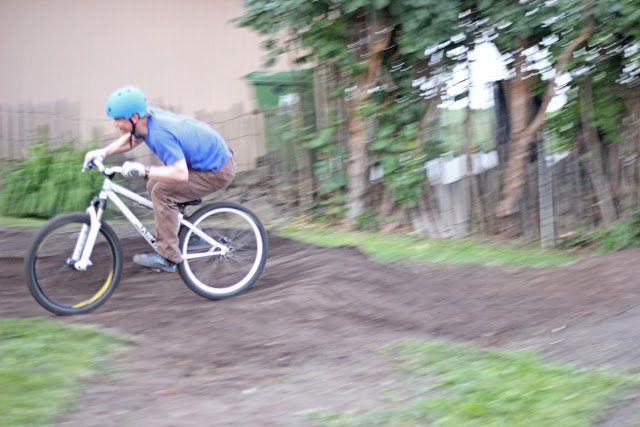 I even got into the big air action myself.

Pictures don't lie, though, just ask anyone.  And I would just like to say that even though it maybe doesn't look all that stellar in comparison to the stuff that Travis was doing, it was HUGE. Pictures sometimes lie. 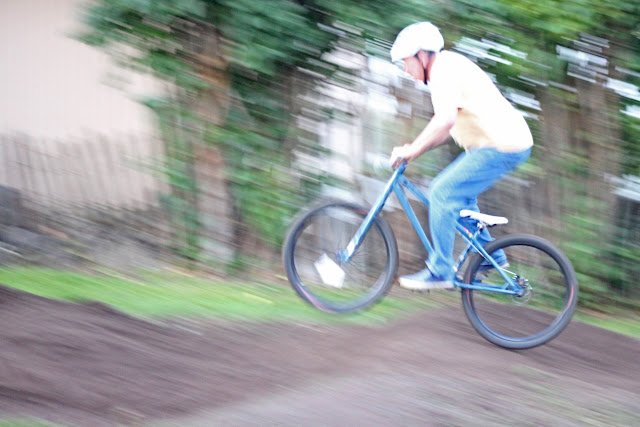 Unfortunately, things didn't end all that well.  I'm a super big fan of crash pics, since they are impossible to plan for and therefore quite the treat if you happen to capture such gymnastics.  Kudos to Mr. Speare for doing just that. 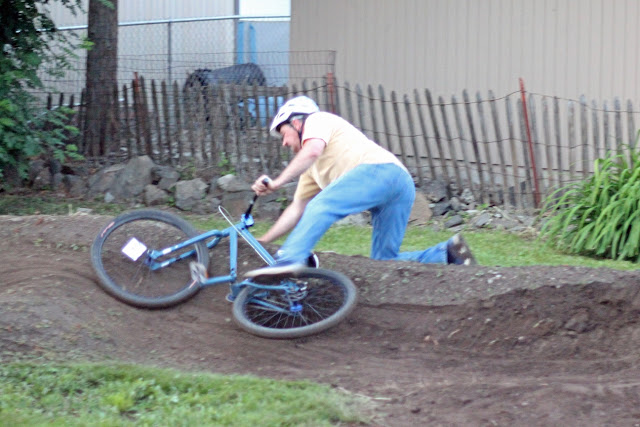 It may not be readily apparent to the untrained eye, but I employed the technique of dissipating my kinetic energy by "rolling".  It may not be certainly wasn't pretty, but I am here to tell you that it's effective, since I now have bruises over just 35% of my body, as opposed the the 85% that I would have experienced had I gone with the old method of pile-driving myself straight into the ground. 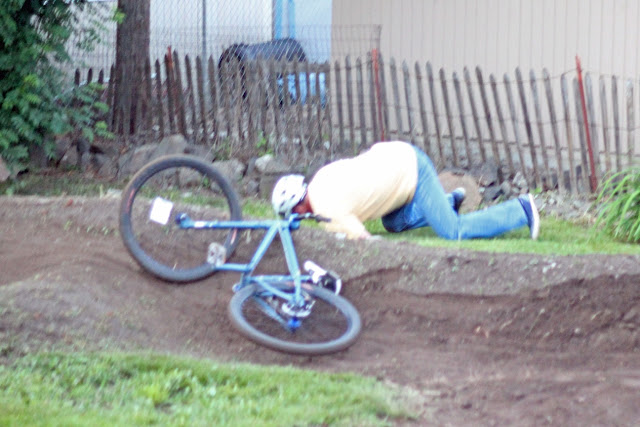 Look. There were many great acts of heroism tonight, and I'm not trying to make this about me. But in the same breath, I need to tell you that it was quite the nifty move. 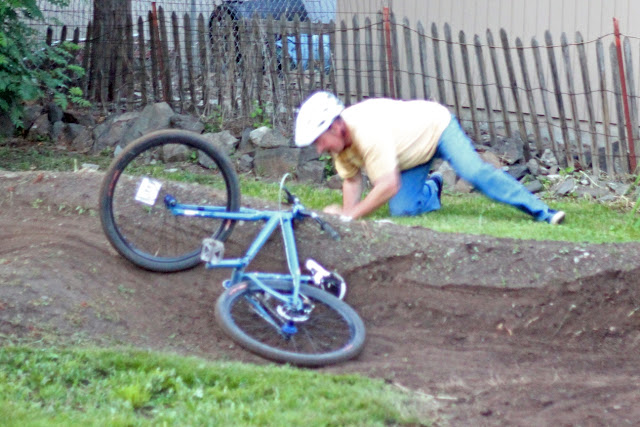 From there it got all super-stellar anti-gravity mystical and everything, as you can clearly see. You'd have had to be there to believe it, so I won't even try to attempt an explanation. 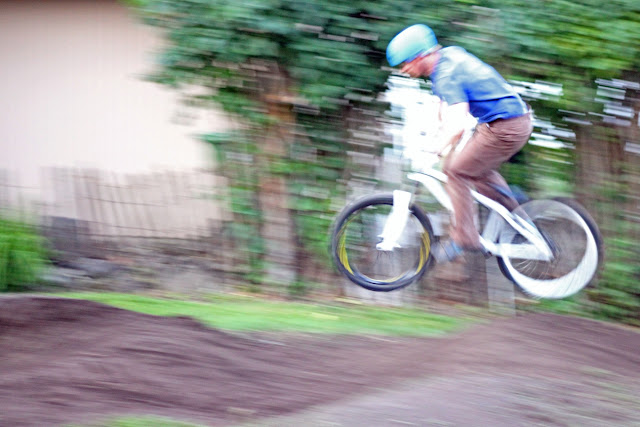 Let's just say that tonight's sesh was a swell way to wind down the work week, and leave it at that.
Posted by Pat S at 1:19 AM 1 comment: