The Building Pressure. And Number 500

Certain bike stuff gets into my head from time to time that's super powerful in the sense that it can pretty much take over my life. Maybe in some cases it starts a little nascent and can dwell there for a while and ebb and flow a bit, but the strength of its attraction is ultimately so strong that I can't dismiss or escape it and have no real option other than to deal with it.

The pump track had no dwell - I was simply put under a spell and commanded by the bike gods to act as feverishly as possible. The fatbike is at the other end of the spectrum - it's been simmering for two or three years. But in the end there's really no difference, in the sense that there was no escaping either one. It was just a matter of time.

So tonight, I was hit with the realization that I'm facing another bikey compulsive effort from which there is no escape: I must wheelie. Or maybe manual. There's a statement that you will hear in a minute that is something to the effect that wheelie-ing (sp?) is old school manualling or something to that effect, which came as a total shock to me, so I'm a little sketchy on what I'm aspiring to, but it involves somehow being very cool by riding a bike on one wheel for a respectable distance.

Anyway, I've been consciously aware of my wheelie fixation for a while, and I've been hatching some vague logistical and equipment plans to achieve an "old-school" goal of a city-block-long wheelie, but until tonight, I didn't realize that I MUST. Or if that's even the right goal anymore. What jarred me out of dwell mode was this video that I ran across on the Lazy Rando blog:


How-To: Manuals from PlusSizeBMX on Vimeo.

There's a term in there that's maybe "loop out" or something like that. It was the first time I heard it, but I knew instantly that it meant landing on the backside of your head with great force. Hope I don't have to do too much looping out in the course of dealing with this latest obsession.

The other part of the title of this post has to do with the fact that this is post #500 for me. I think back to where my head was at on the first post and where it's at today and it's pretty entertaining, the evolution that you go through. A few weeks ago, I was pretty sure that I was out of blog-fuel and wouldn't make it to 500, but here I am. I guess I must kinda like typing and hanging out and talking bikes with you guys and occasionally flipping you shit. Thanks for the time you spend hanging here. See you at 501, then. If I don't loop out and kill myself first.
Posted by Pat S at 11:55 PM 7 comments:

The build process has been even less kind than the photo quality, if you can believe that. (Nothing like a good garage door shot.) 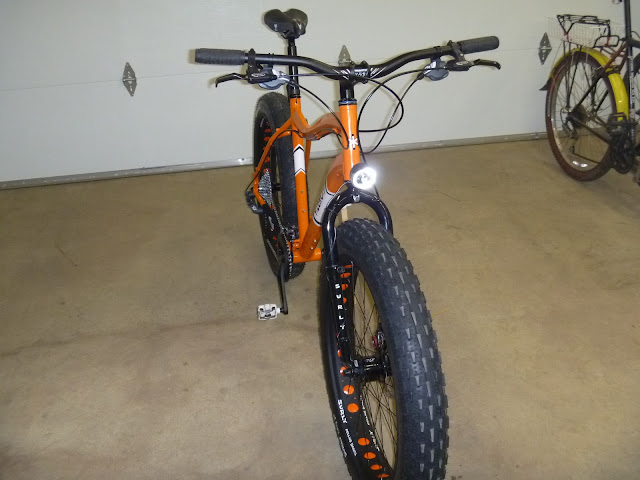 But it's hereby ride-able, and hereby it shall be ridden. 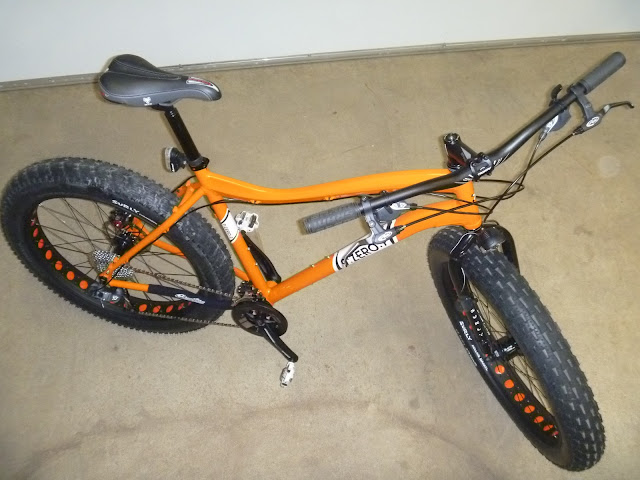 Requisite drivetrain shot. I have no clue why it's requisite, but here it is . . . 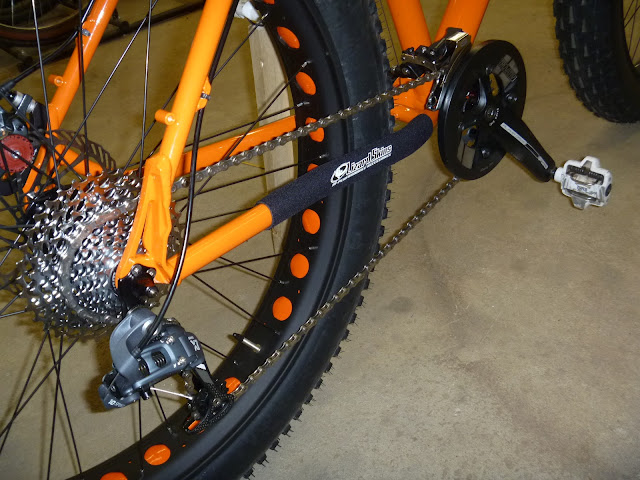 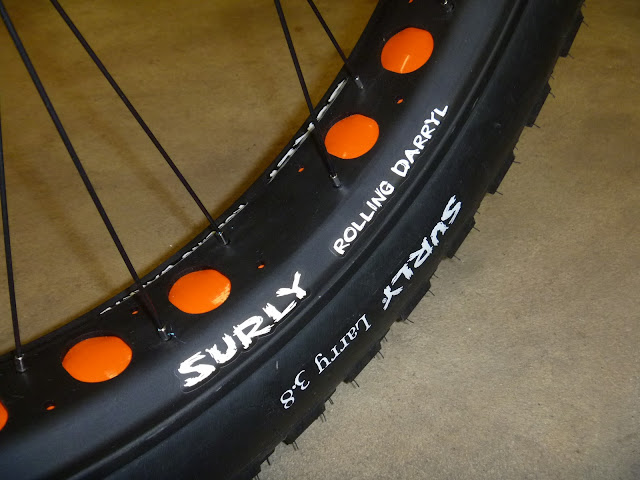 Last thing to get mounted was the headlight . . . 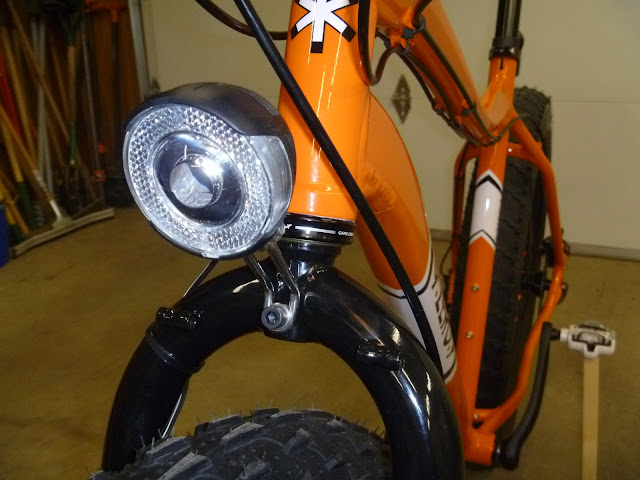 Reason being, so I could take my resident alien down to the park to chase the flying saucer.


In summary of my fatbike-building experience: HUNDREDS of hours and dollars. Priceless. For everything else, there's VISA.

Just to give you some idea of how twisted your mind gets, I've been looking at the image on the left for so long that the one on the right ("normal" MTB tire) looks anemic to me. 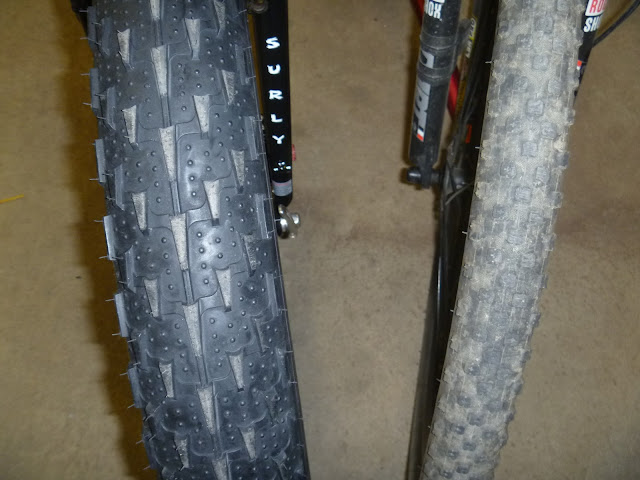 I'm obviously a little rummy from a long day in the shop breathing kerosene fumes and trying to focus on the world's smallest instruction text font. In seven distinct languages. But I have crossed the finish line. No one has ever been more ready for winter than me. At this five minutes.
Posted by Pat S at 10:58 PM 6 comments:

We have company, but I snuck out to the shop for a few minutes to hang
a couple more parts. What am I supposed to do? This is killing me. Don't
tell Patty I was out here. Thanks. Gotta get back inside now. Later. 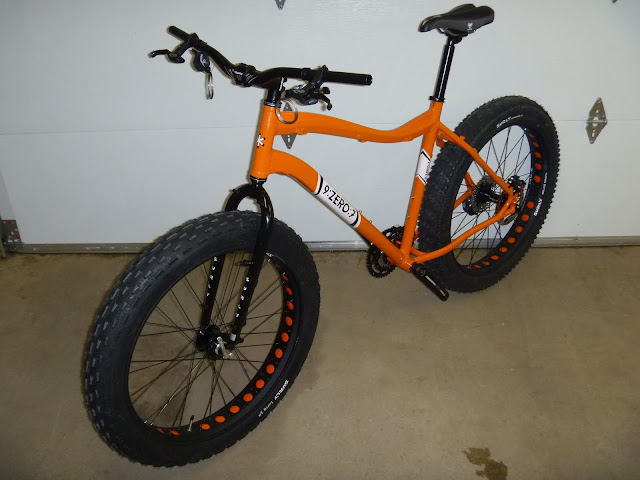 I got back from a business trip tonight, wasted. Not in the alcohol way, but the life-energy kind. So I'll be damned if I can figure out how I ended up in the shop instead of on the sofa. I guess when primal forces tell you to do something, you do it. (Yes, I stole that line from Field of Dreams, my all time favorite movie. (Whatever, the brilliancy of the plot greatly overshadows the acting, so bite me.)) And what primal forces were telling me, as I gazed wistfully out upon my silent, snow-covered pump track, was that the damn lathe I bought last winter has been sitting there long enough and that it's time to fire it up and turn something. 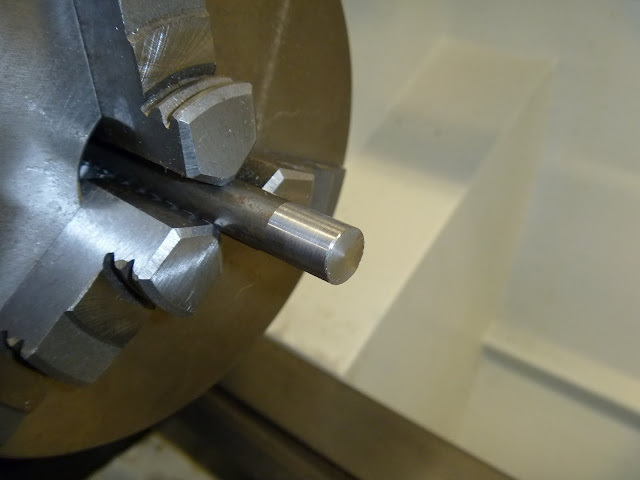 Nobody makes a fender that will work with a 4" wide tire. But there are some ingenious folks who have hacked together some pretty fine solutions and put them out there on the interwebs for all to see. I'm going to attempt to pirate one that I particularly dig.

Fatbikes currently use 26" wheels/tires, but by the time they get all pumped up and fat, their OD is much closer to a "normal" 29er tire. So my starting point is a brand new set of Planet Bike Cascadia 29er fenders. I shudder when I think about how I will be harming then. 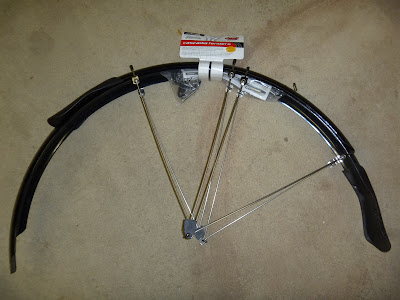 The deal is basically this: You split a very nice, shiny set of production 2-1/2" wide fenders down the middle, and hack in a center section to make them 4+ inches wide. It sounds simple enough, but I'm fairly sure that I'm gonna have about 300 hours into a set of fenders that ends up looking like a kindergarten art project. Unfortunately, I'm all jacked up to give this a go and could care less about the value of my time.

Removal of all the hardware and mudflaps is the first thing that needs to happen . . . 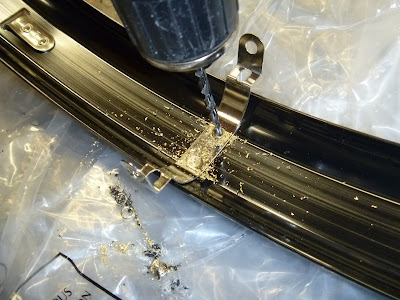 Leaving you with a sad, non-returnable pile of parts that looks like this . . . 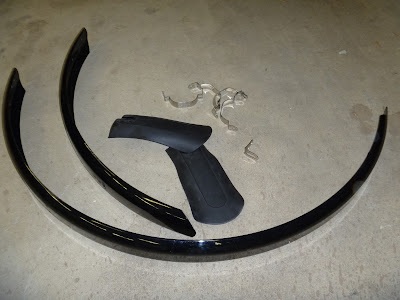 Once everything is stripped off the actual fenders, you're free to buzz em through the saw. I started with the front fender and it was a little rough. I refined my technique and the back fender came out a lot cleaner but trust me, of these two extremely boring videos, you want the shorter one . . .

The end result then, of the first hundred hours, is four pieces of plastic. 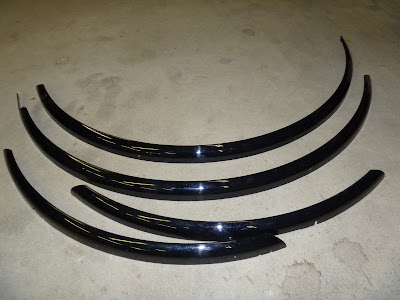 From the ashes of this dumpster fire something fabulous will eventually rise. Possibly.
Posted by Pat S at 10:15 PM 7 comments:

The Unlikeliest Of Bike Accessories 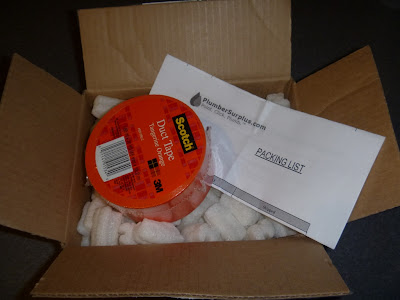 I'm just so grateful that it actually even exists. It's damn hard to come by locally. Obviously.
Posted by Pat S at 12:13 AM 2 comments:

Work and other life stuff have lately been crushing me at a level I haven't been crushed before. I've kind of retreated into survival mode and it's left me not caring about a lot of things that are normally important. Among those things, a diminished interest in bikes - to the point of seriously wondering if I really give a rip anymore. Crazy talk, but I shit you not.

But then when I step outside of myself and objectively look what I've been up to, it's damn hard to make a case. In my scant spare time, I've been researching and obsessing over and now have a badass new winter bike on order. This weekend, I got a bigtime burr under my saddle and carved out a few hours to clean up the workbench and get it ready to build racks and do other fabulous wintertime fabrication activities.  That thing under the brown tarp is the lathe I bought at the end of last winter and haven't used yet - it's gonna do some killer shit, I hope.  I've hung some new lights to brighten things up. Etc. 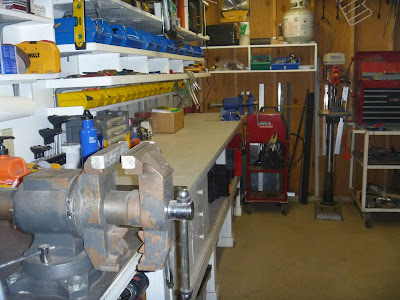 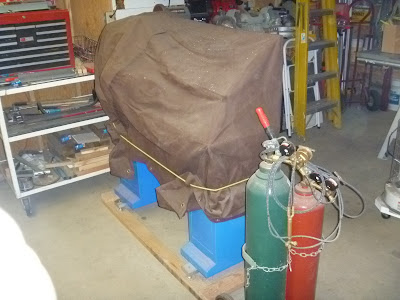 Apparently then, it's not that easy for the harshness of life to snuff out bike spirit. In fact, maybe adversity is what makes it thrive. I'm not sure.  At any rate, I think everything's gonna be okay.
Posted by Pat S at 9:57 PM 2 comments: