Designed specifically for your viewing pleasure, what follows is a four-part, easily-digestible summary of the bike-centric high adventure that was had over these last four days.  A vastly more descriptive and thoughtful account is here. 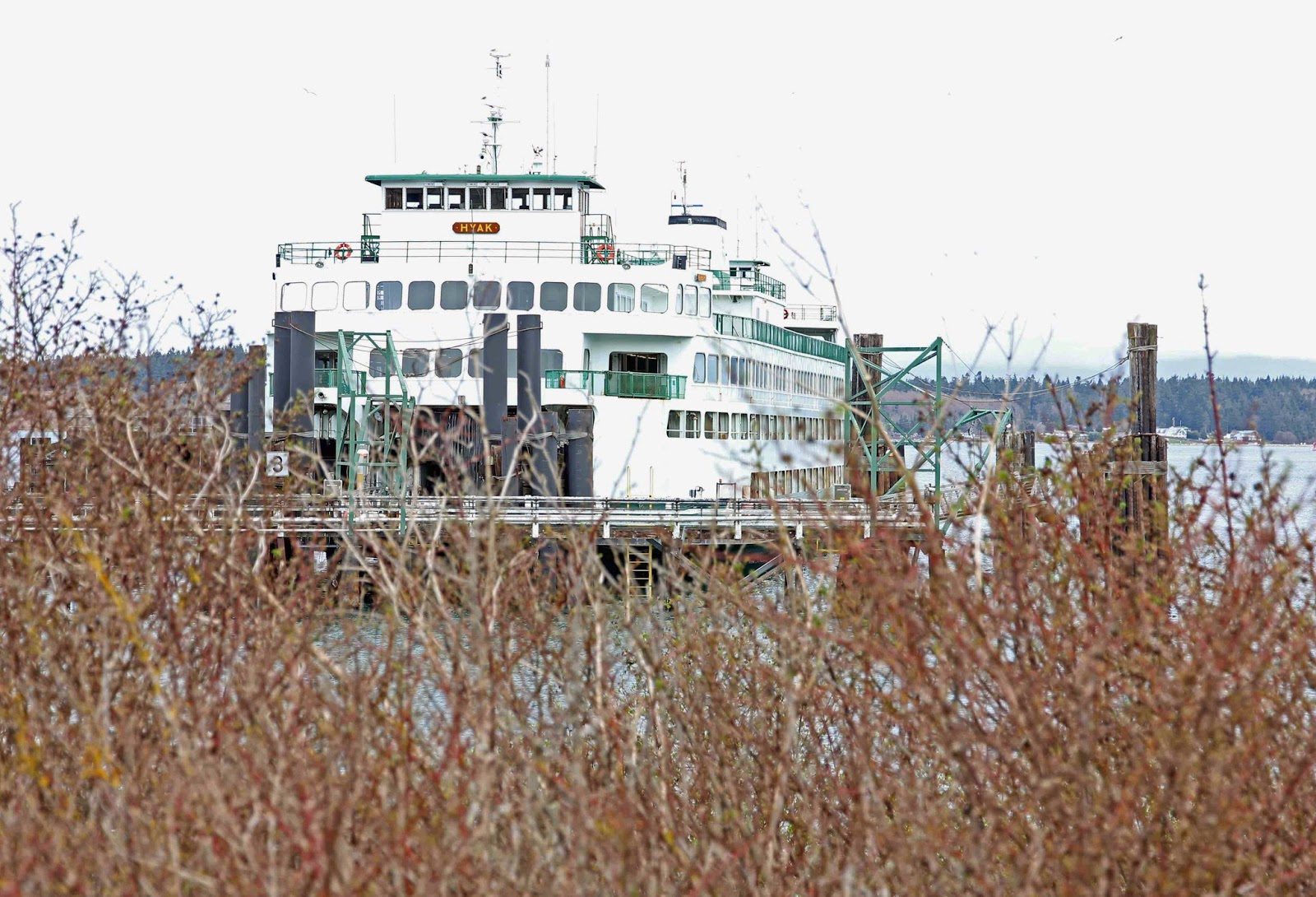 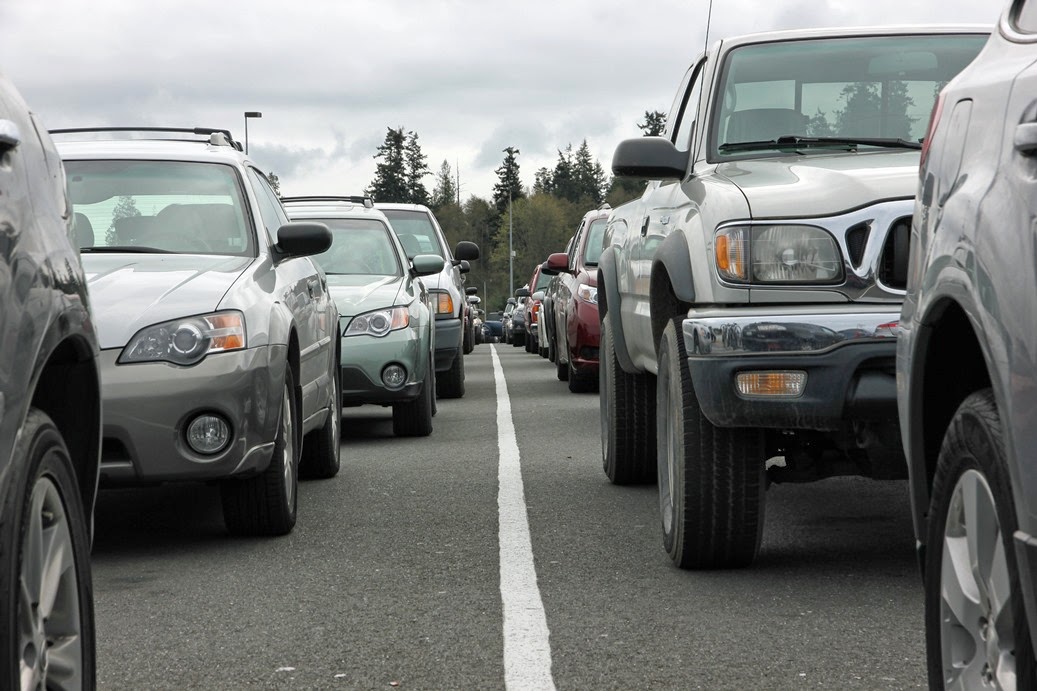 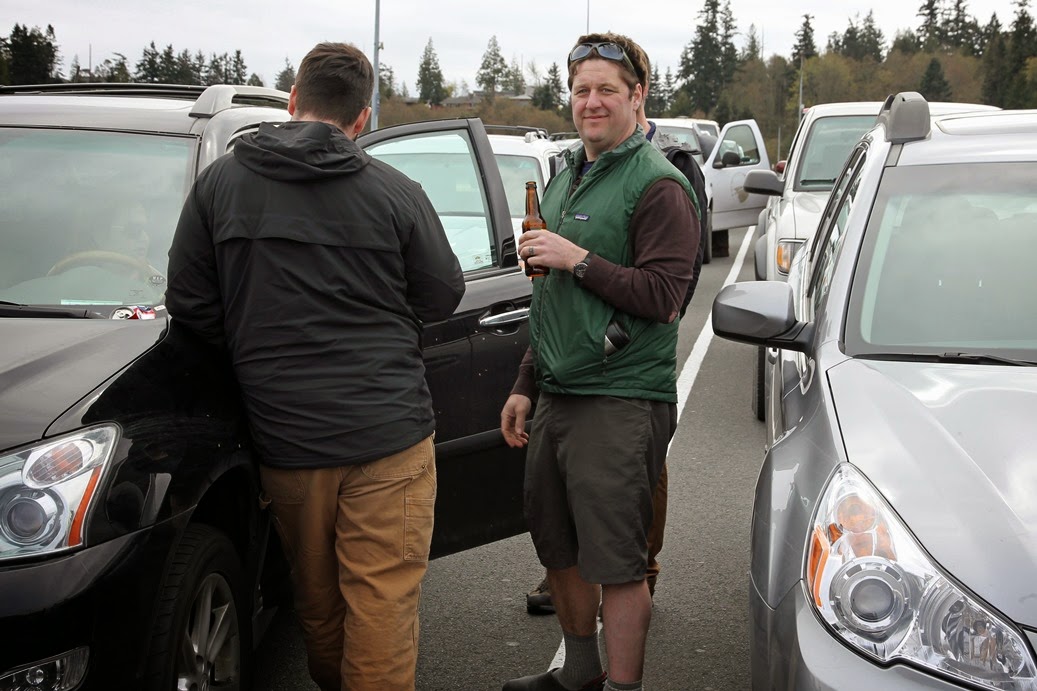 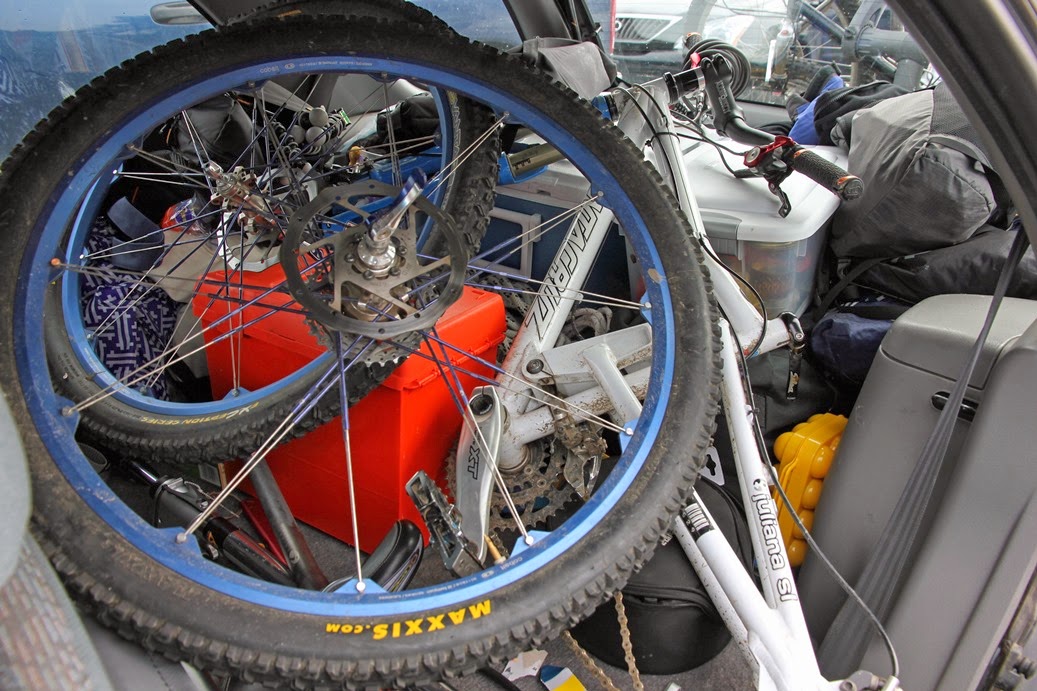 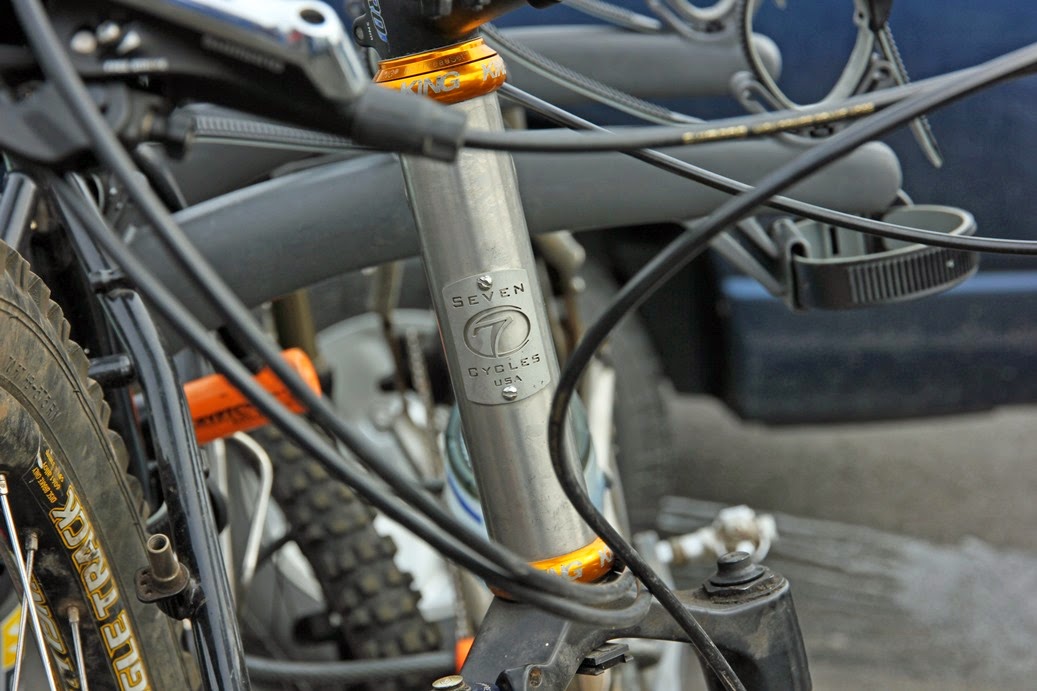 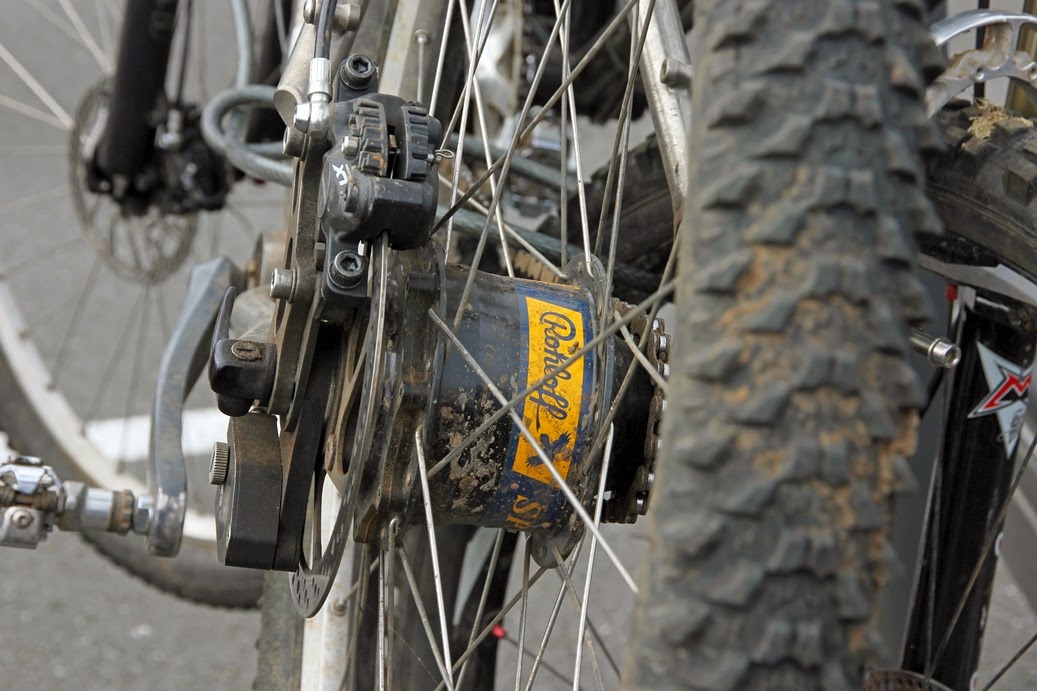 Camp was hard.  Only hard men could accommodate the particularly harsh elements that we faced.  Day after day.  After day.

(Meanwhile, Betsy waited out these boyish antics at the Rosario Resort.) 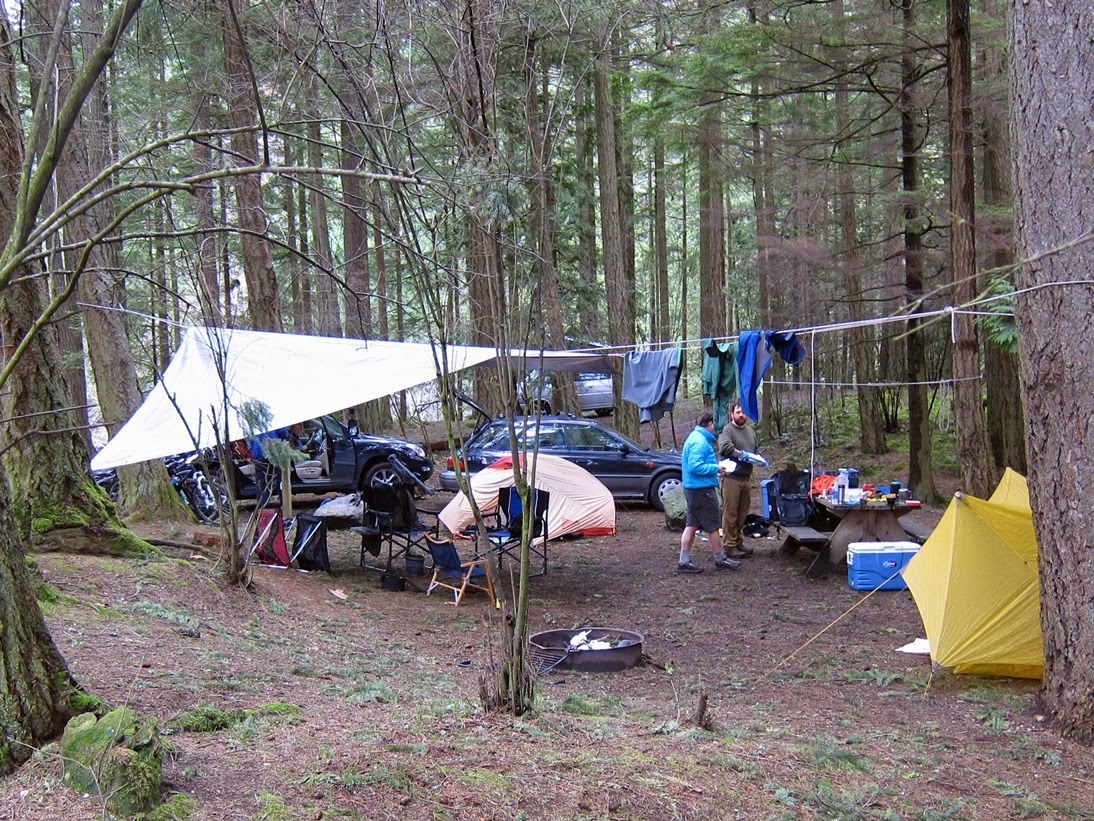 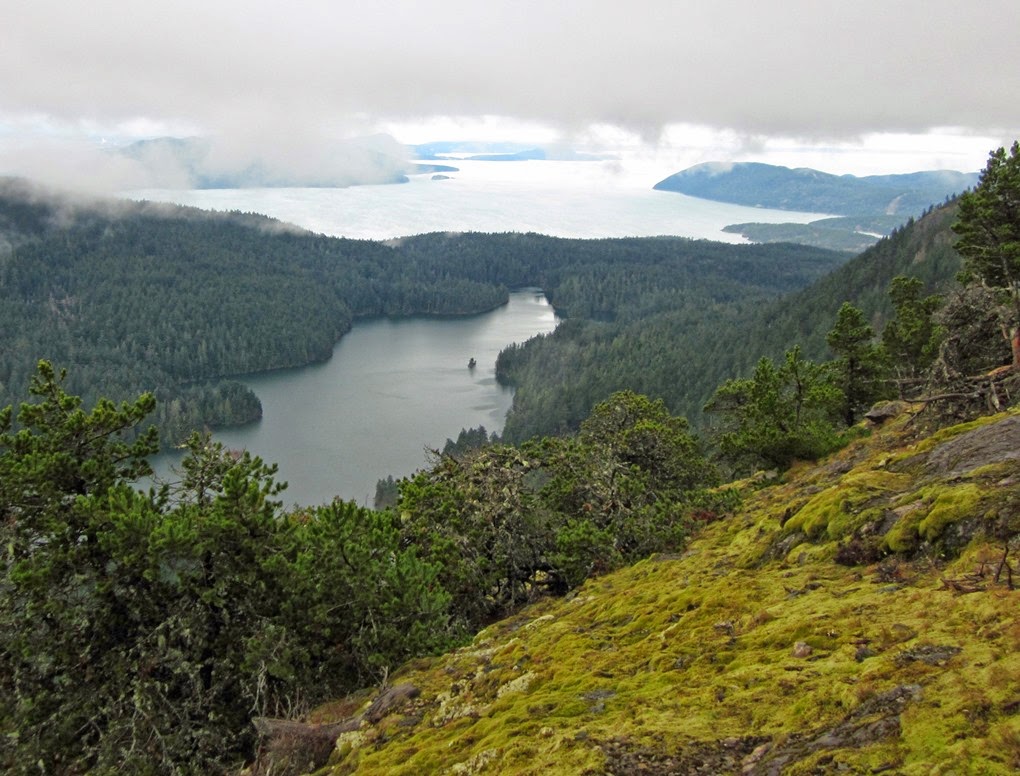 The investment in this trip was substantial, but the riding was just fantastic.  All of it.

As I get older, and time and energy get more and more scarce, I am so very willing to sacrifice quantity for quality.  Damn, did this trip ever nail that priority. 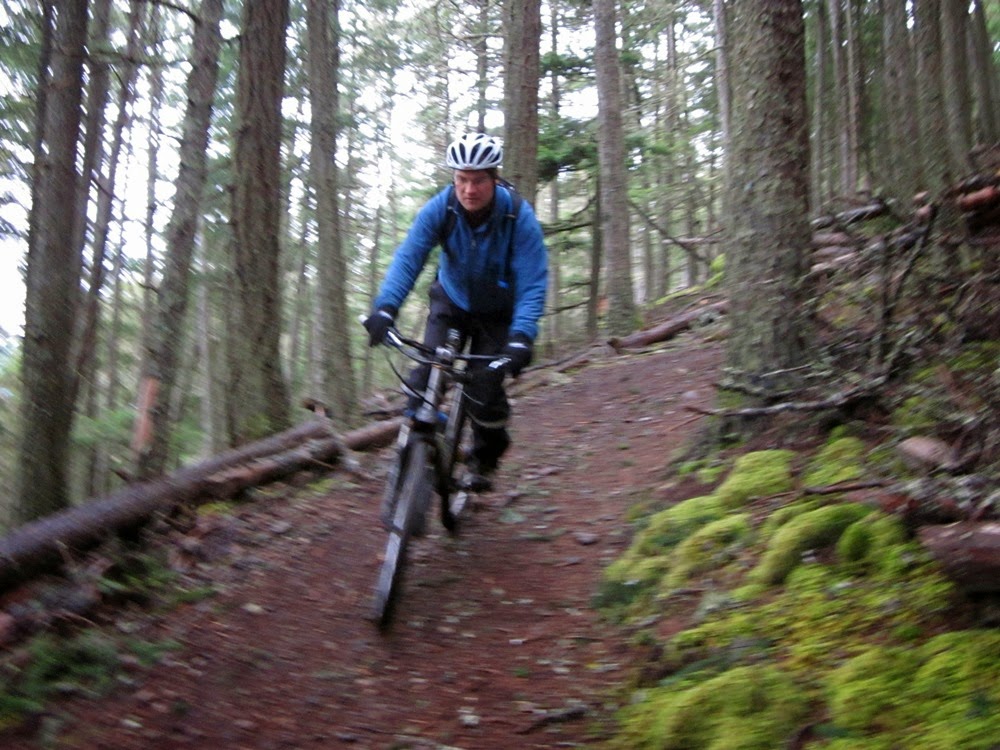 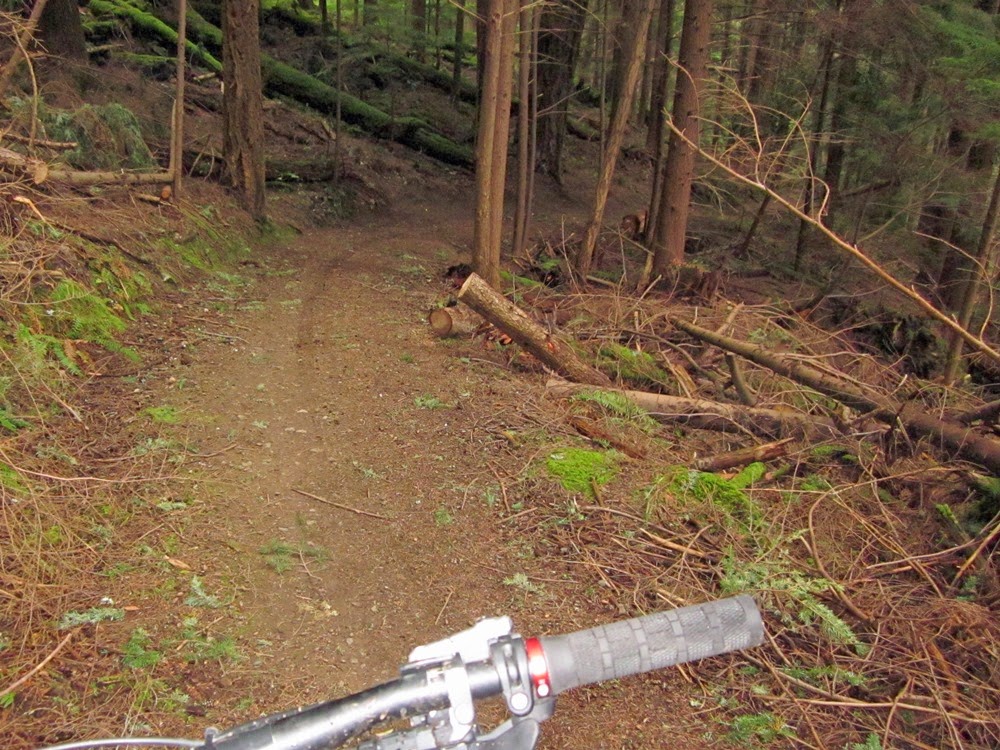 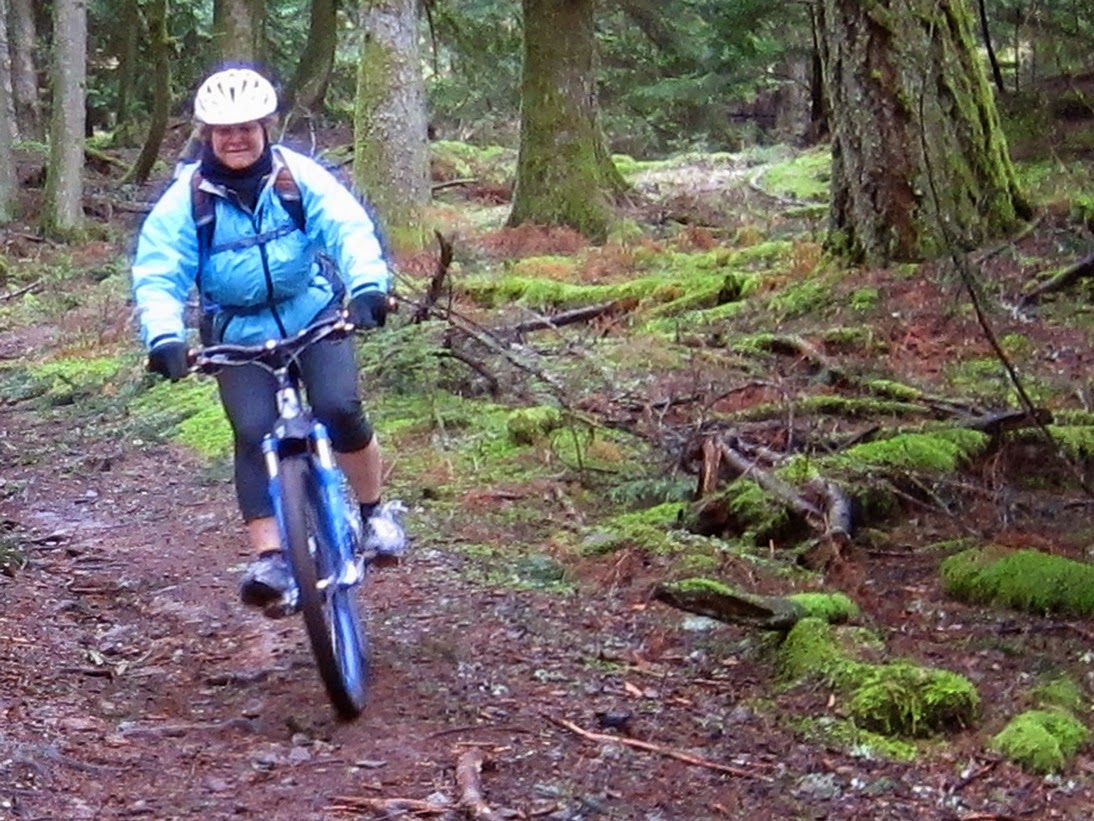 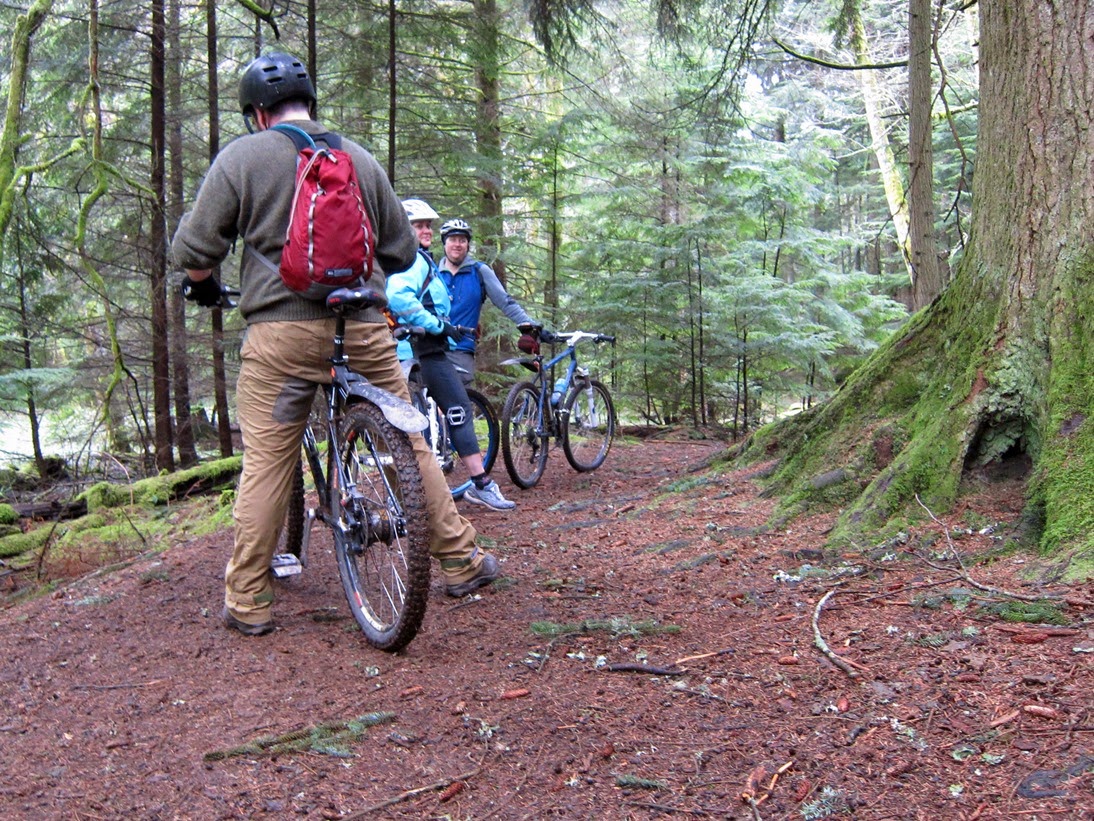 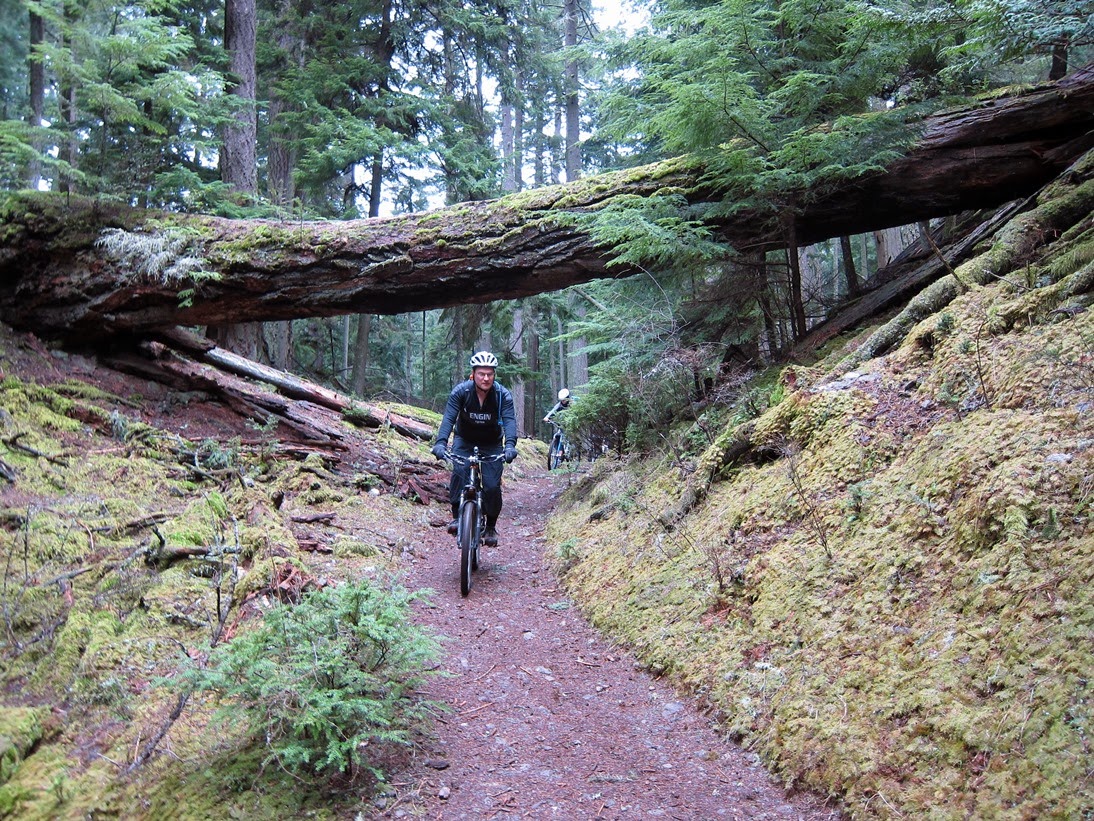 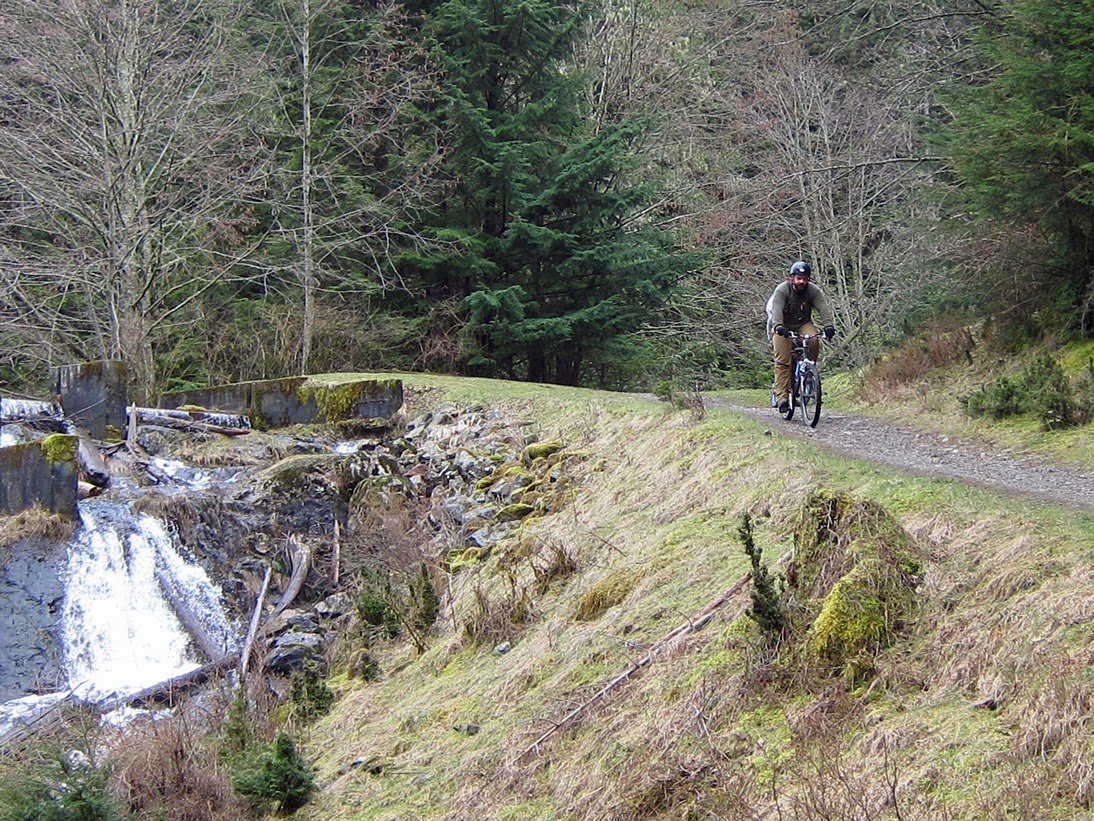 One Hundred One Point Seven

Right.  But I do think it delivered the modicum of fitness I was after.  Plus, it was kinda fun (in a hurtful way). 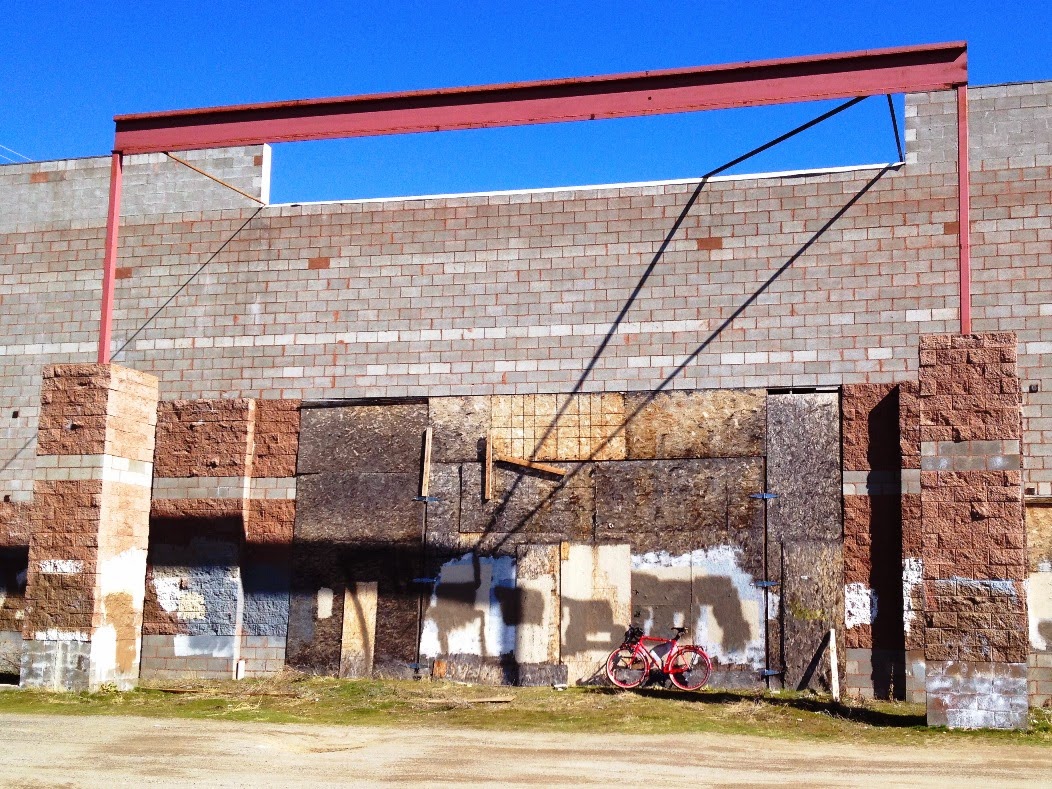 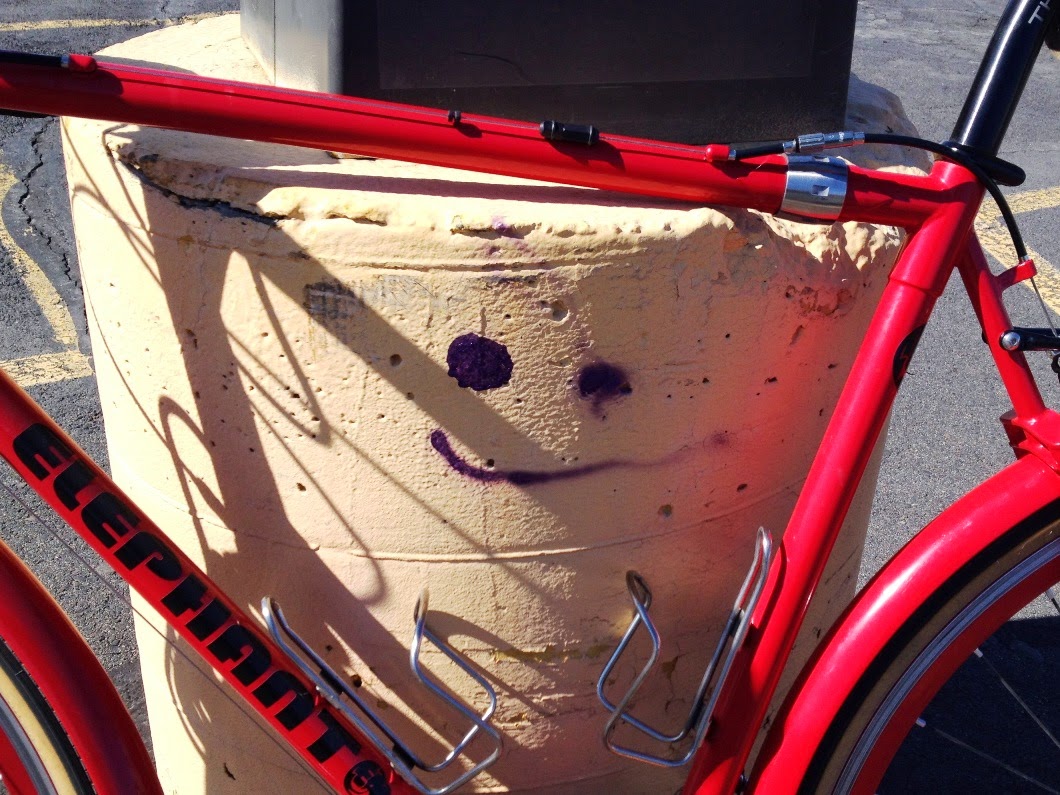 42.2 long, slow, all-road miles.  I toured this fine town under some crazy afternoon light due to an overcast sky and a sun that almost, but couldn't quite burn through.  And hey, there's now some hope that this thing could actually get done. 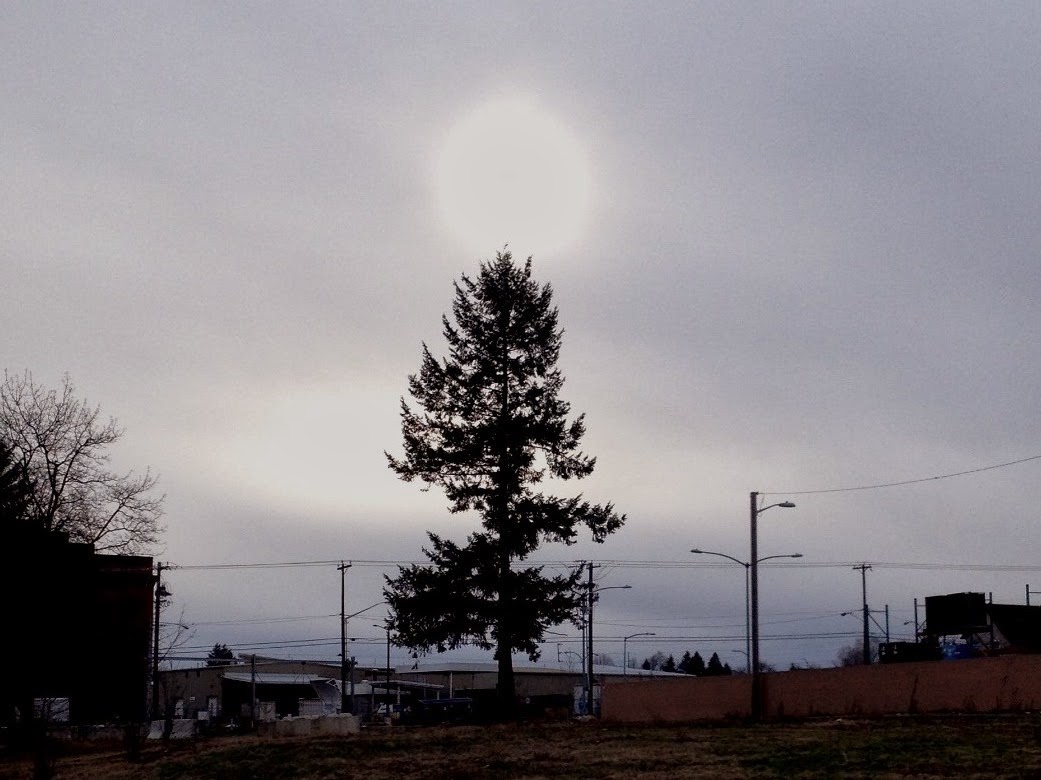 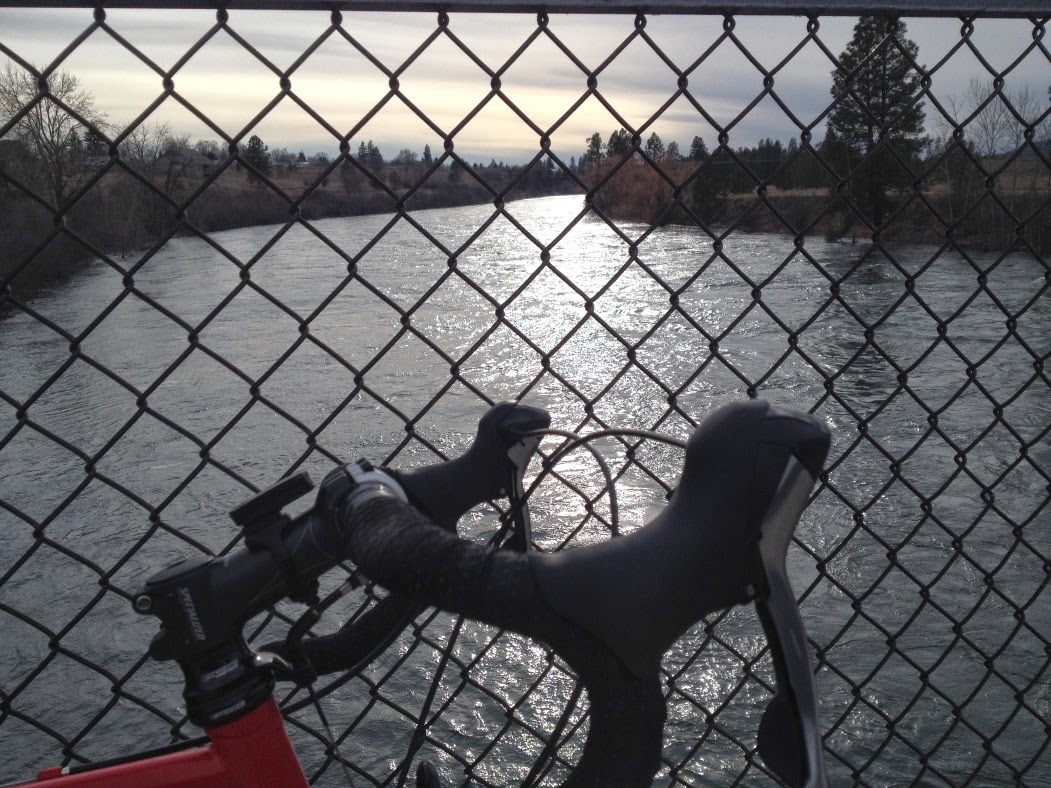 But the ride was more than just a sightseeing tour, actually.  I haven't commuted for a very long time and I want to start again.  I had to go in to work today to get a few things done and this was the perfect opportunity for a commute dry run.

One of the things that has changed for me since I last commuted is that on most days now, I have to lug a laptop back and forth.  I'm kinda burned out on panniers for now (lots of rackage, and fussiness with hooking and unhooking and having to mess with them when I get on and off the bus, how they affect the handling, etc).  Mr. Speare has been going on and on about the Ortlieb backpack solution, so I picked up a Velocity recently and gave it a try today.  And I'll tell you what, the folks at Ortlieb sure have their ergonomics dialed in, IMO.  I rode around with my computer and some other stuff in there all afternoon and it felt much lighter than it's actual weight.  And the waterproof part isn't even a question, of course.  The only thing I didn't like was that the corner of the rolled top is right in my line of sight when I turn around and look behind me, which kinda sucks.  I found that by taking one hand off the bars, I could rotate my shoulders and get it out of the way, for the most part.  But what a PITA.  Maybe some strap adjustment would help some.  We shall see. 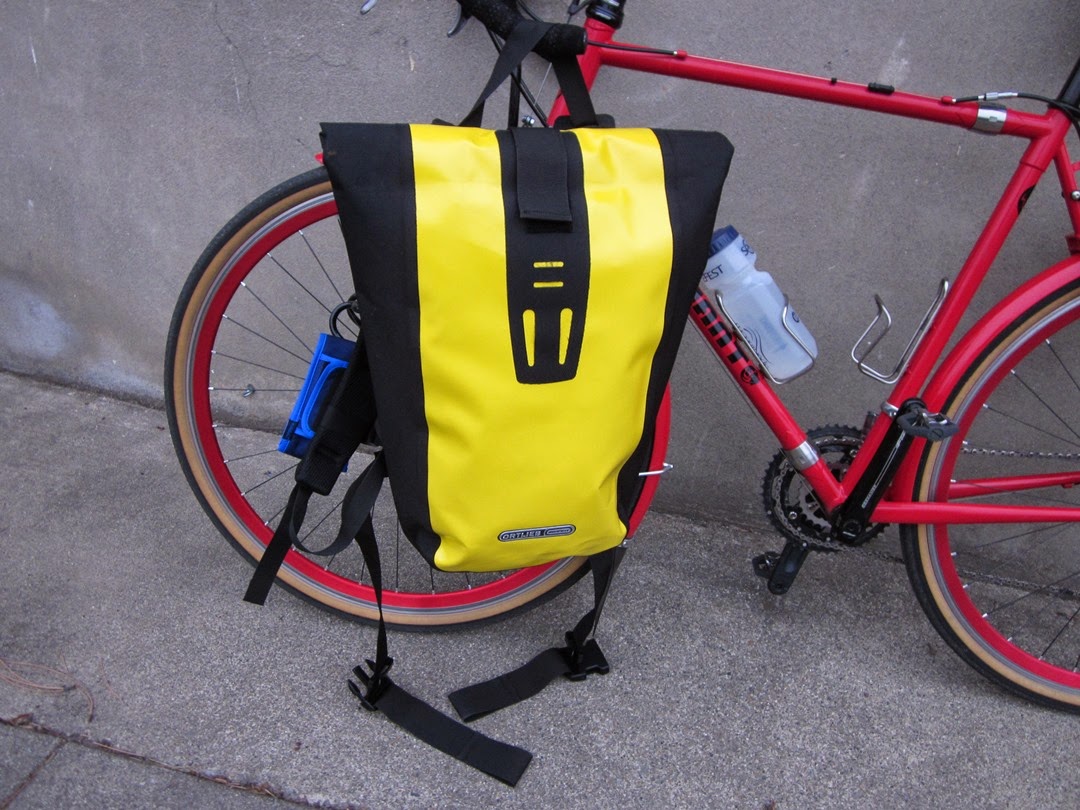 My grand total for the week was 3.8 miles.  What's even more impressive is that I did it in one shot.  I know it's futile to try to keep big news like this a secret, so I'm not even gonna try . . . feel free to tell your friends. 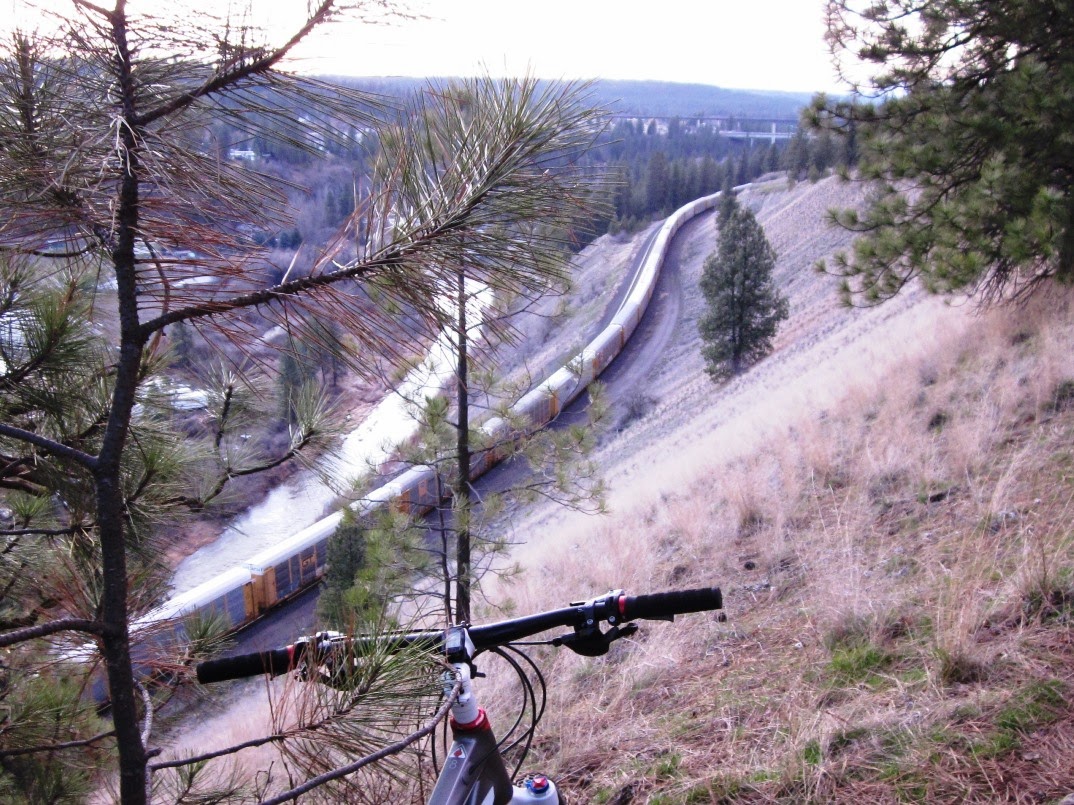 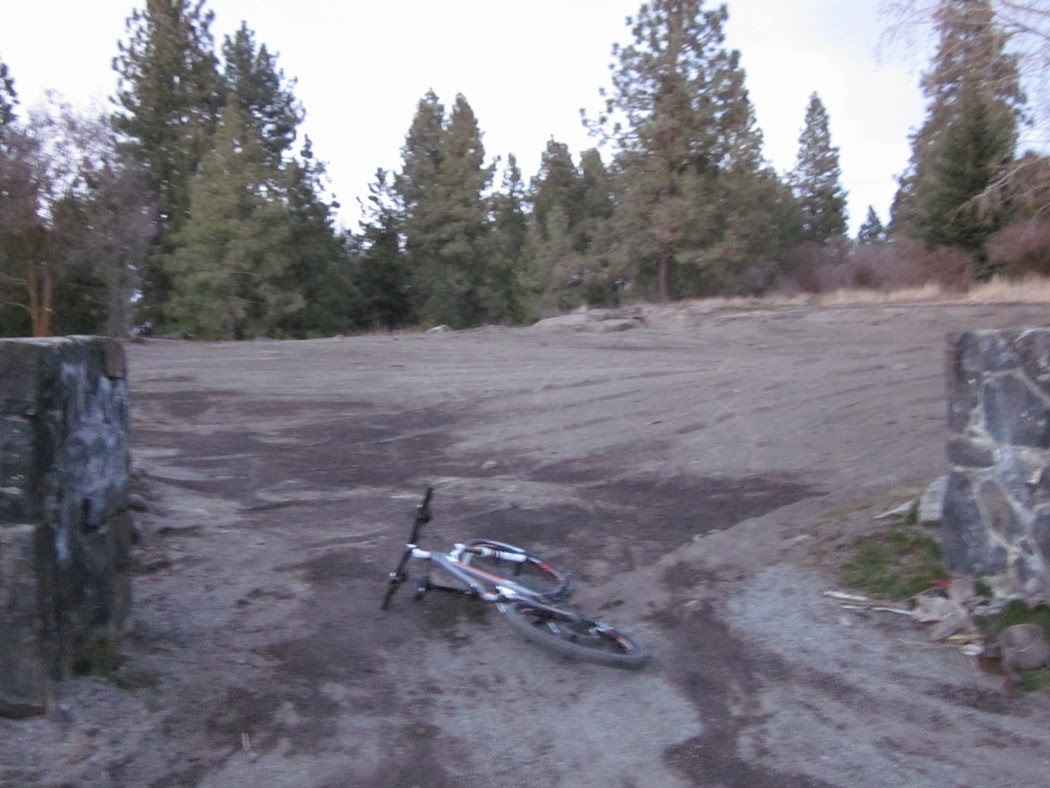 Sunday standard SaveOurSouls ride with the trinity of J's - JohnJoeJustin.  Mostly trail.  12.6 miles at the lovely average speed of 7.9 mph.  Which computes out to an hour and thirty five minutes of pure brutality that damn near killed me.  But that's the point.  So it was a really bad ride.  And really good.

This freakin' bullshit paradox is not amusing me at the moment. 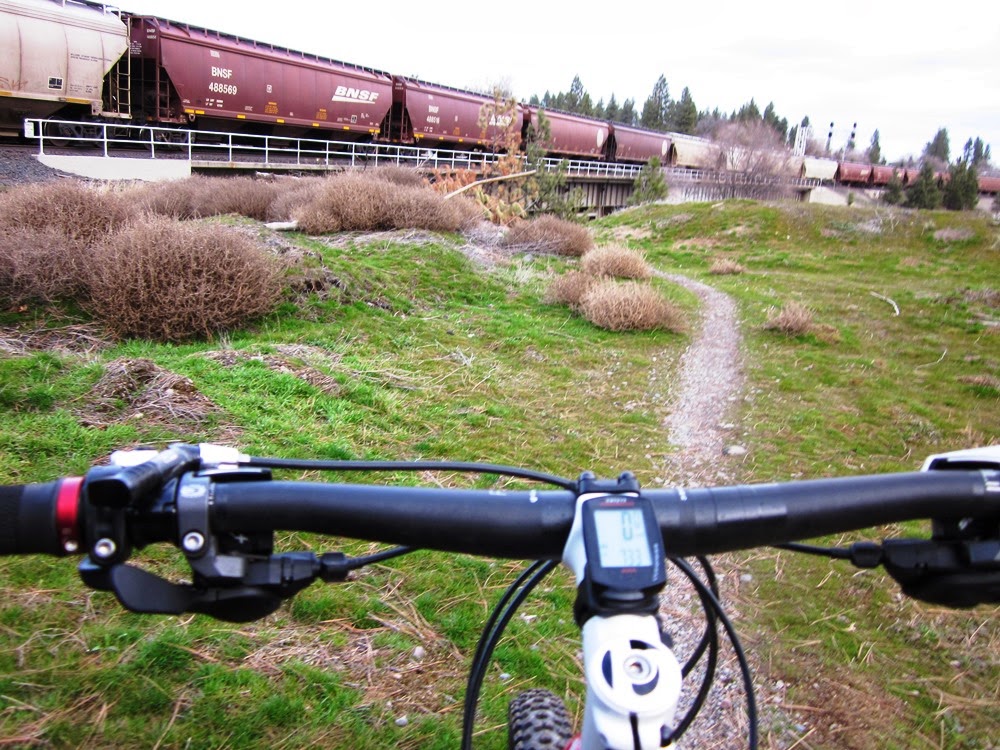 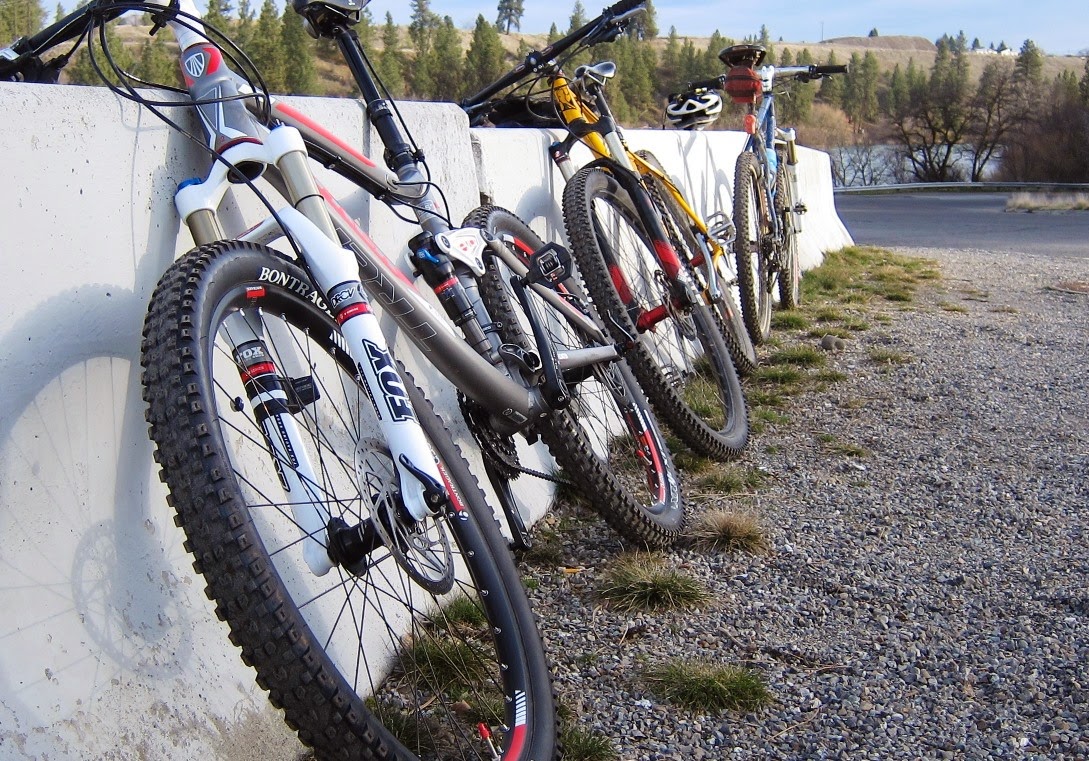 I'm joining some pals for an out-of-town, long-weekend bike getaway soon.  Real soon.  And I haven't been riding.  At all.  There's gonna be a fair amount of climbing on this getaway, which requires a modicum of fitness, and so you can begin to understand the dilemma I am facing, assuming you are not sloshed out of your mind on this pseudo Saint Patrick's Day holiday (I heard there was a "bar parade" downtown today, that entailed the participants beginning their drinking at 6 am.  Seriously?  That sounds gross.  What has become of this fine holiday that remembers my patron namesake?  But I digress.)

Anyway, it appears that I am not the only one of our group facing this particular dilemma (although I don't mean to imply that they suck anywhere near as big as I do.  To be clear).  One of the guys going is Alex, and he mentioned the other day that his goal was to ride 100 miles before the trip.

I considered this same goal for myself, and cringed, apparently oblivious to the fact that I am currently shaped like a pear on stilts.  In another time and place, that would have seemed like chump change.  I'm sure there are more times than not in Alex's riding history that this would have seemed like peanuts, as well.  The difference between us is that he has the capacity to recognize and accept reality, while I am obviously trapped in a fantasy world.

Furtunately, people can change, and after ponderating over this for a day or two, it began to make such perfect sense . . . given the shit shape I am in, the lack of time I have available to ride, and the short days and sporadic Spring weather windows in which to fit said riding, 100 miles ended up seeming like the perfect goal.  It's achievable.  And substantial enough that it would generate the desired modicum of fitness.  Just enough, maybe, to work through that early season level of pain that just flat sucks, and cross the threshold into the type of pain that is somewhat tolerable if not downright enjoyable.  And getting past the hucking of substantial quantities of gunk out of your lungs after a short burn . . . and other such type things.

The unacceptable alternative is to set a goal that is not achievable and therefore so overwhelming that you never even begin to pursue it.  And show up for the "vacation" poised to deposit your lunch and your dignity on the trail.

So thanks, Alex, kickass idea.

And these are my rules (not Alex's, because great ideas don't come with such rigid stipulations):  Any bike, any road or trail, any time of day or night.  Just 100 miles.

It has thus begun.  21.8 miles today, at the blazing average speed of 12.4 mph.  In my defense, a fair amount of elevation change was involved.  Certain dues were therefore paid.  Certain benefits will eventually be reaped.  I can only hope.  Holy hell. 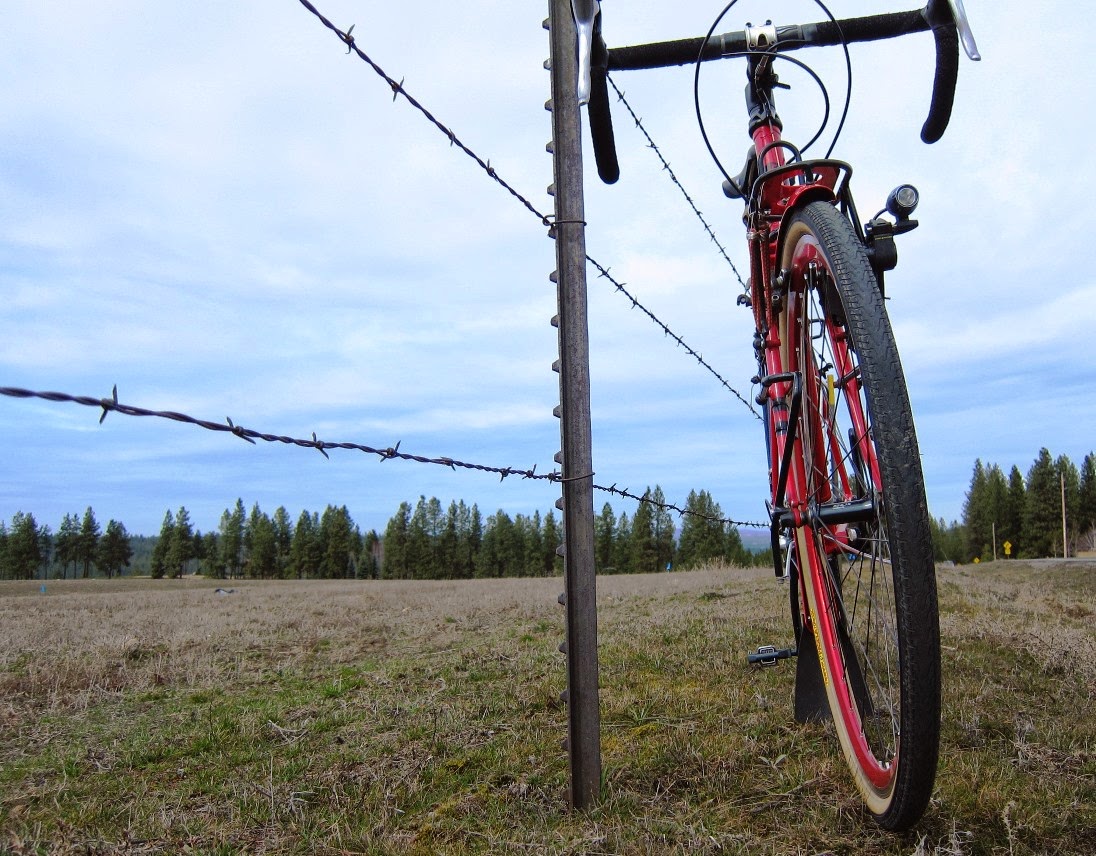 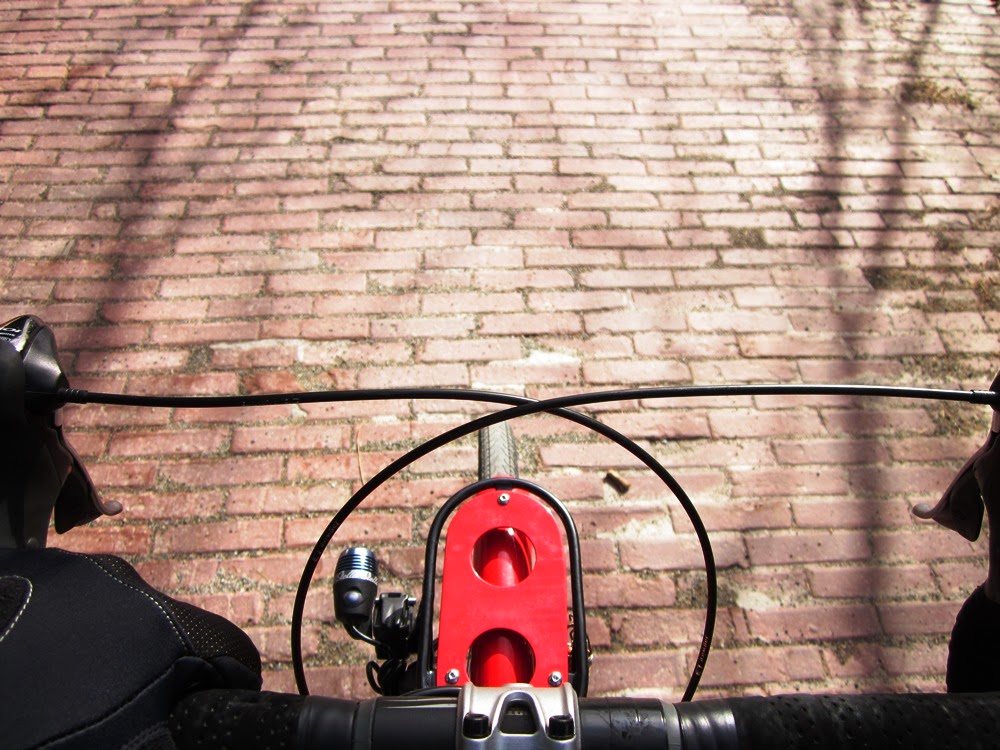