For a guy who doesn't even ride anymore, I'm sure having boatloads of bike fun.  This weekend was particularly over the top, though.

As John mentioned, we road-tripped over to the wet side, the main purpose being to pick up Alex's original frame jig. He's planned and now fully implemented the rad v2, and his offer was to place v1 with me, at not even his cost. It wasn't an offer I took lightly, as it wasn't about the amazing deal, but about making sure that I could actually put it to use.  I ended up being pretty sure that I could/would, and that maybe this could be the raw beginnings of cultivating some hobby frame building here in Spo, since we seem to have a bit of interest and such a killer pro resource to draw off of. But that's getting way ahead of things - first step will be to just build something.

You'll be seeing lots more pics and details, but just to give you a rudimentary idea of what it looks like, here it is in Alex's shop . . . 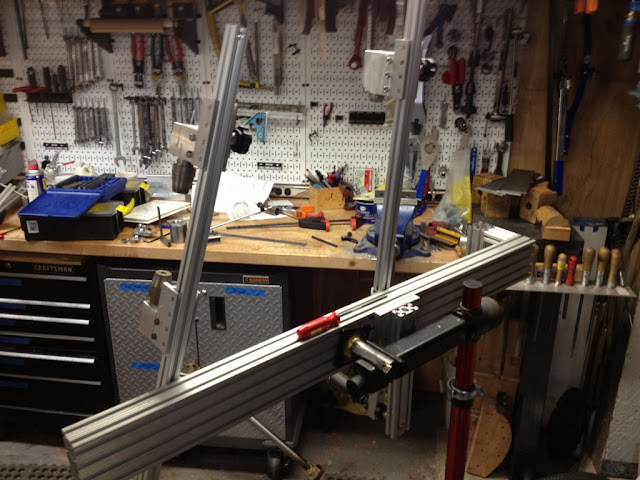 And here he is, demonstrating some of the setup details . . . 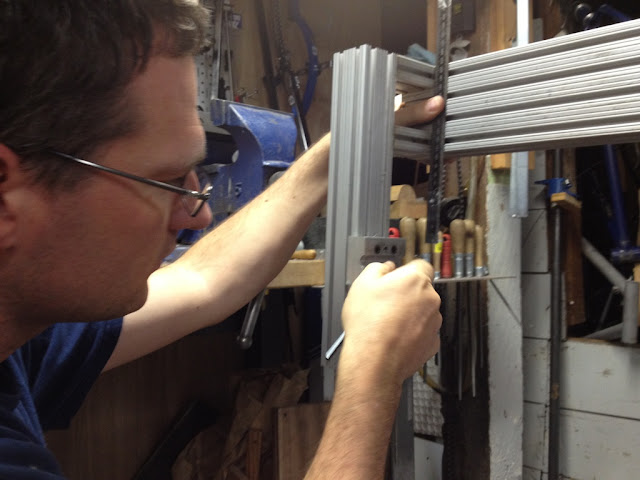 There are a few parts I need to fab, and that effort is already underway . . . 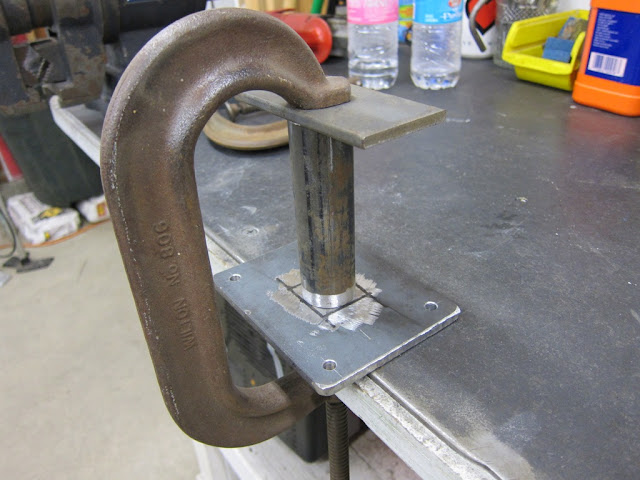 While in Seattle, we visited the rad Pies and Pints and I was able to catch up with Andre and meet Rory and Andrew and Betsy. Sorry, no pics, but it was righteous. The next day I met Alistair and Jimmy and we all visited the R&E Cycles open house. Holy living hell - what's going on in the basement of this bike shop is something that's gonna take me some time to process.

On the way back to Spo, we stopped to check out the bridge over the Columbia at Beverly.  Just as a service to someone who might be considering a cross-state bike tour on the John Wayne Trail and who might be thinking about this way across the river. All I can say is that it's closed and don't even think about it. 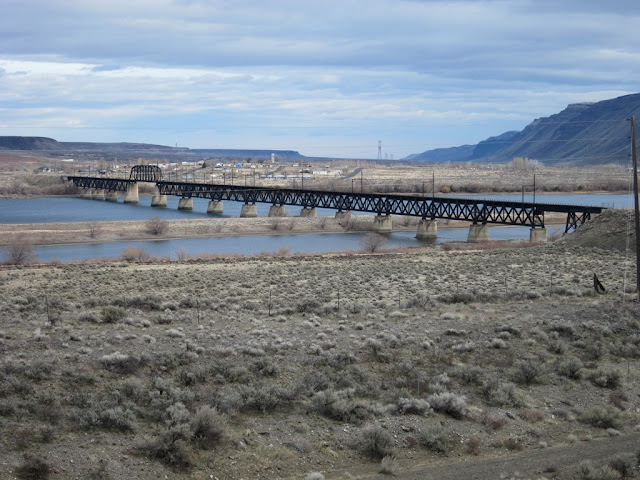 Once back in Spo, the order of business was moving my lathe over to Glens's shop. Yes, I just picked it up a year ago, but it makes sense for two reasons: First, the environment in my shop is killing it - lack of temperature control + massive amounts of moisture lead to rust . . . 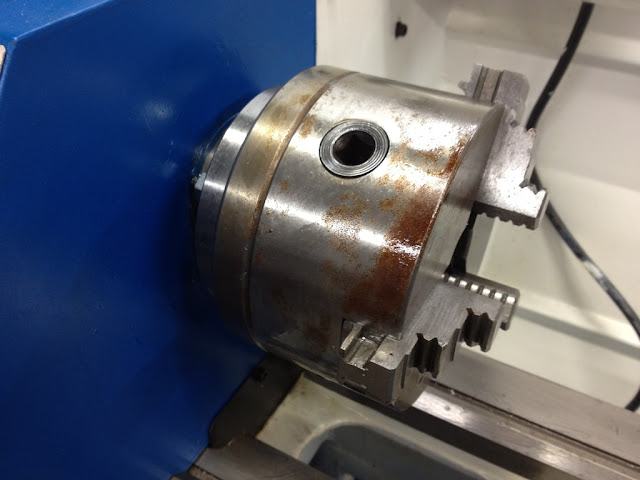 Second, though, is that I'm over my skis in terms of what I can manage, time-wise, and while I'd like to throw myself into learning the machine, it just ain't happenin' right now. Meanwhile, Glen's business is at the point where he could really make use of it, so it's kind of a no-brainer. 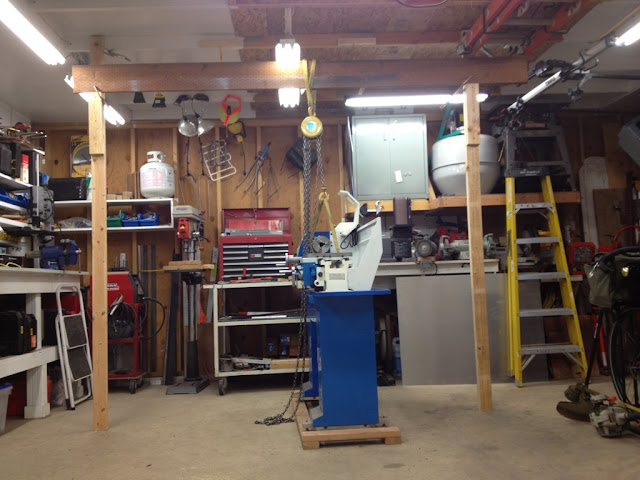 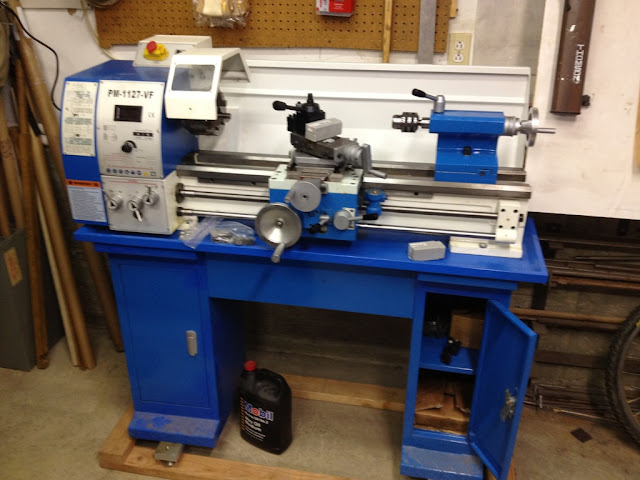 There was also the checking out of John's new Elephant and a visit from Eric, sporting his rSogn and talking all manner of tours and fabrication.

I have not the blog energy to do it all justice, but it was a splendid weekend.
Posted by Pat S at 11:03 PM

Pat, was great to meet you finally. Sorry I missed out on Pies and Pints, I owe you a beer or six at least for that Lyt.

And yeah, R+E packs so much awesome into that basement.

Maybe you've already seen this rack, but I haven't until this morning and it's blowing my mind.

Boy this is too funny. I'm coming to Melbourne in late April to visit a friend, and while randomly googling "Melbourne beer bikes" I stumble upon this link

click the first link - your blog - and I run into pics of Alex's shop! I see Jimmy here is commenting too - he and I were out that morning mountain biking before going to R&E that same day. I must have just missed you.

I plan to be in AU last two weeks of April on vacation. It would appear you know people I know (Alex, Jimmy, Rory) - perhaps we can meet for a pint and go for a ride. The person I'm visiting isn't a cyclist and won't have the first idea.

Oops. Nevermind. Somehow your blog is associated with that Australia bit - I see now you're over in Spokane with John and the like.

Jimmy, yeah, great to meet you too. Cool that the Lyt will experience life after death.

Alan, agreed - very cool rack. Just such a shame that it will carry only a mere 6-pack. ;)

Scott, yep, just a NW local yocal here. Thanks for checking in, all the same. Hope your trip down under is a blast.

There is SHOCKING news in the sports betting world.

It's been said that any bettor needs to look at this,

Watch this now or quit betting on sports...