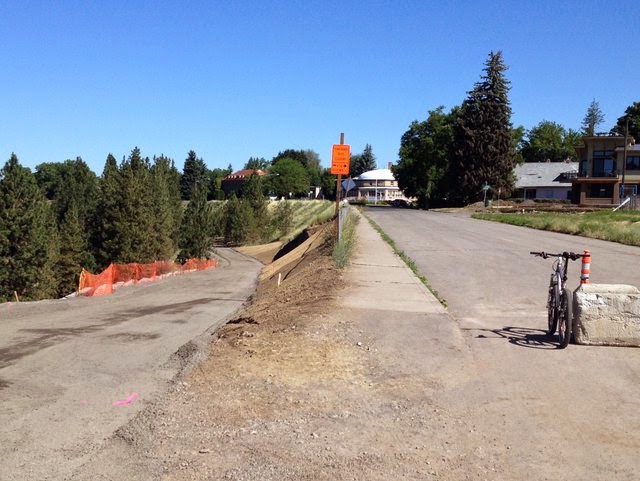 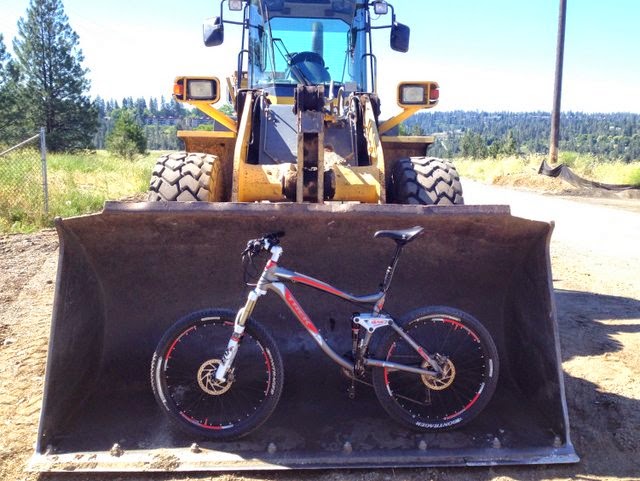 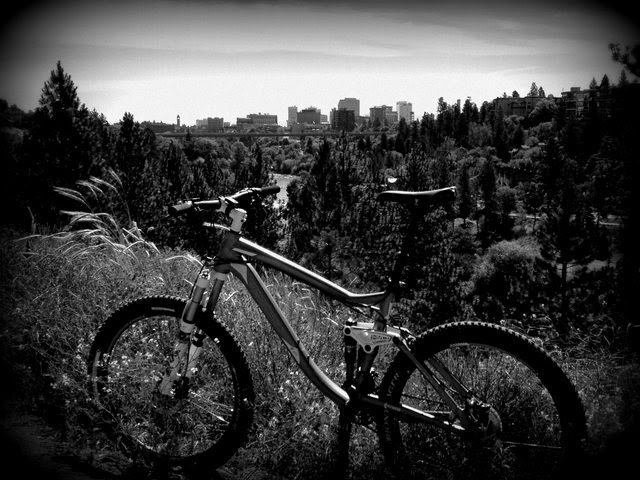 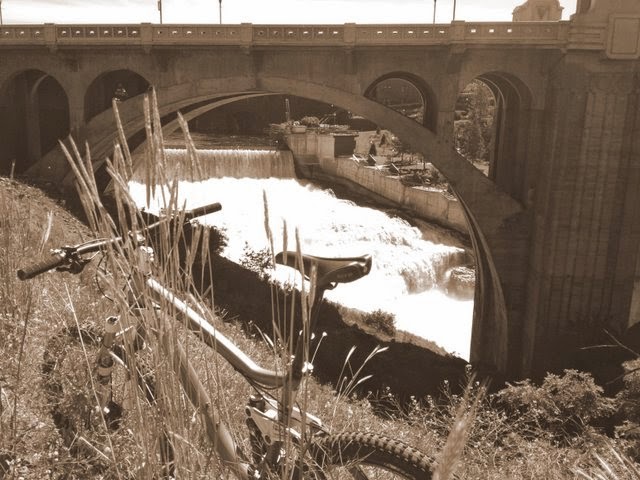 Later this same day, I reached my breaking point with the piss-poor design of a U-lock holder rack feature for which I have no one to blame but myself. 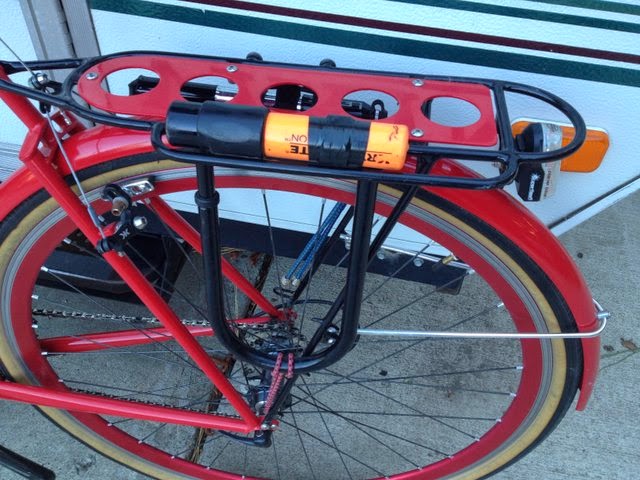 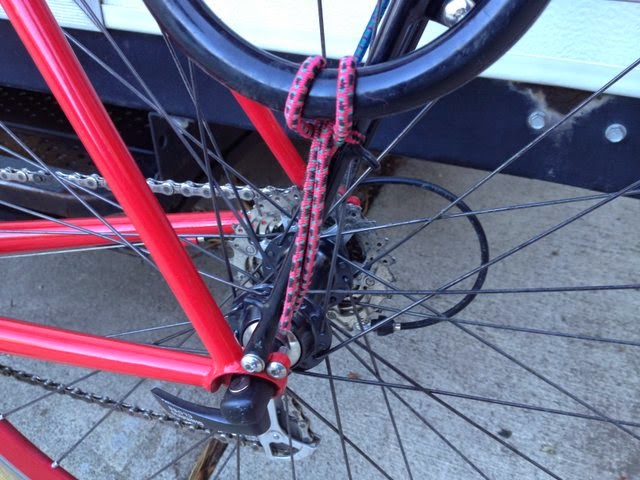 The hacking of the saw commenced . . . 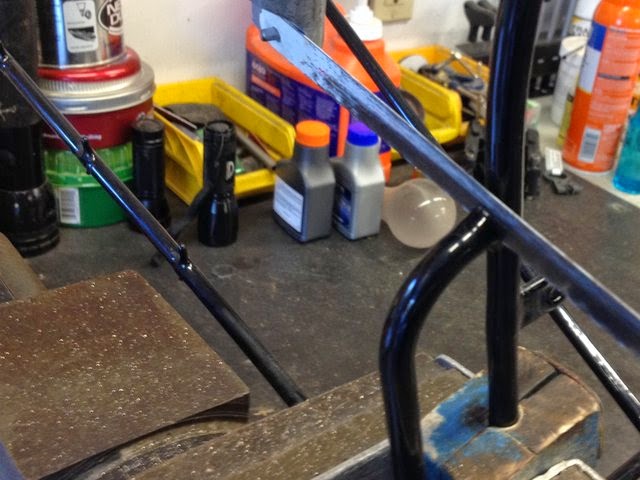 There was much grinding and filing, until at last, a much improved rack emerged. 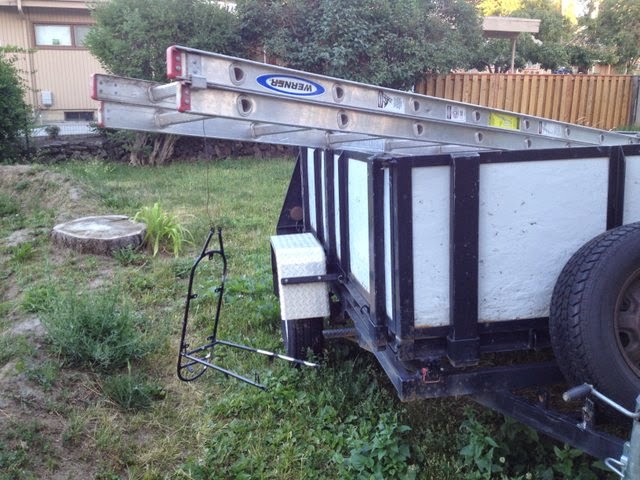 There would be no coating of the powder, on this day. Just some rattling of the can. 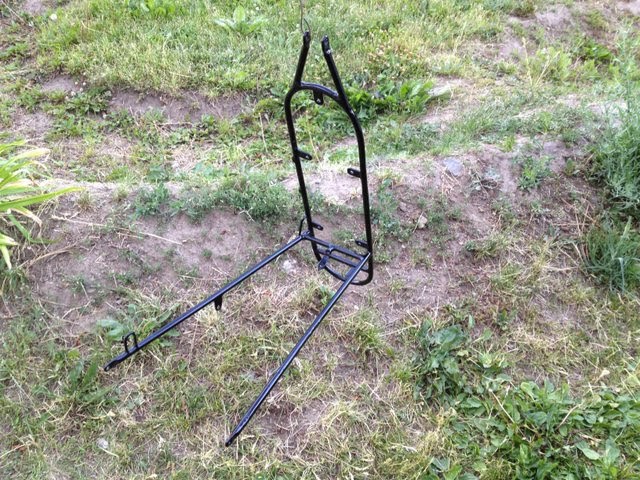 Probably the best thing that happened though, was a letter to the editor that appeared in this morning's Spokesman-Review.  I skim these letters every day, hoping for something halfway interesting and inspiring.  99 times out of a hundred, I am disappointed.  Today though, Charlie Greenwood, a long-time Spokane cycling advocate/activist, came through bigtime:

I was riding my bicycle along High Drive and it occurred to me this might be the last time I see it in its present state. I was able veer easily back and forth from roadway to pathway as I traveled along. If a curb were placed here, that would not be possible.

Construction (destruction) is due to start soon. The city plans on adding curbs and sidewalks where none are needed and where they will diminish the functionality of the street. On the bluff side it’s virtually the perfect parkway with its shoulders and pathways and places to pull off the road.

On the interior side, the curbs need to be removed or ground flat to ease runoff per U.S. Environmental Protection Agency regulations. What needs to be done is to refresh the pavement with room for bike lanes and shoulders on both sides without hazardous curbs and sidewalks. That way everyone can share the road and maintenance is simplified.

I thought about using the frontage road as a bike route but it swerves out to the main road at every intersection, making that impractical. And the surface is in such poor condition a mountain bike is needed.