Nothing will be resolved immediately.  That much is for sure.

But the issue, and the polarity, are now out in the open, and that's a good thing, as opposed to the bullshit stealth land grab tactics that 9th District Reps Schmick and Dye tried to employ.  I shudder to think where we could be, if they had gotten their wording right, in a provision to the state budget.  The land could already be into private hands and we would be fighting the impossible, uphill battle of prying it away and back into the public domain.

Although I will never know it, there is some back-story there as to how this language got botched.  I would be surprised if it was sheer ineptitude; my preferred guess is that the trail has an angel somewhere in the political system that exercised a cunning move to get this morally sickening, back-handed effort aborted and exposed and into the public light.  If that is indeed the case, I would love to buy that individual a very expensive steak dinner.  Or some vegan extravagance, if that was the preference.  Or whatever.  You get my drift.

As it is now, the two sides are establishing their positions and foundations.  I am sure there are more proper military terms.  But the laying of the political groundwork to fight this battle, in short.


Now, for the Friends: 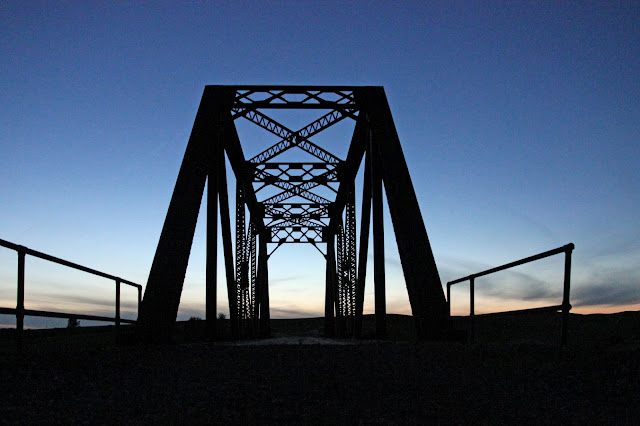 "Schmick" is also a typo.

I wonder if this will all end up in court and whether SCOTUS already doomed the entire JWT, on both sides of the Columbia, in Marvin Brandt Revocable Trust v. United States.

A said irony if the GOP relies on our decidedly East Coast Supremes to screw us over here in the West.

Thanks for being there Pat and doing your part. I forgot about the hearing.

Ex parte, thanks for the Marvin Brandt reference, interesting stuff. Setting aside my obvious emotional attachment to trail, as I learn more about the legal aspects surrounding this piece of property, I am fascinated.

You can add Washington Bikes, your statewide bike advocacy organization, to the Friends list. We've been working with Jon and others and our board member Marie Dymkoski, executive director at the Pullman Area Chamber of Commerce, is attending meetings and staying on top of the issue along with our policy director Blake Trask. Not all of our work turns up in newspaper articles.

Thanks Pat for the most definitive article I've read on this issue. John