A Different Kind Of Hoop-Fest

At the same time as a bazillion-thousand people were throwing a round bouncy ball through a metal hoop a trazillion-thousand times in downtown Spokane, a little over a hundred people were pedalling their mechanical transportation devices that roll on skinny round rubber tires mounted on different kinds of hoops in a large counterclockwise cirle on the outskirts of Spo. They have their Madison Ave mainsteam sport and we have our obscure Euro-ish deal going on, but we are both throwing down. I think we throw down WAY harder, but they'd probably say the same thing. I'm not sure I'd want ours to be all glam. I suspect a lot of us more-or-less like it that way it is and same for them.

My fave bike club hosted the Washington State Masters and Juniors Road Race Championships this weekend. That means that if you are between the ages of 10 & 18 or 35 & dead, this is the race you come to in order to prove you are the best road bike racer in Washington. (Well, it's not quite that simple, but this is my blog so that's how I'm spinning it!)

It was the culmination of a ton of work and planning that started way long ago and a big step forward for the current administration of the club in terms of the caliber of event they aspire to and are able to host. I think they did a damn fine job. There are no single few persons that can do this - it truly takes a club and a whole bunch of other people that are either somehow supporting our club or supporting the cause of Spokane bicycle racing in general to make this happen. You would be amazed at the amount of bodies and effort that if takes to make something like this happen. Thanks to everyone who spent their Sunday standing in the sun in the middle of nowhere in a fluorescent vest with a stop sign in your hand or sitting behind a folding table in a gravel parking lot typing registration info into a spreadsheet on a laptop running off borrowed power.

If I tried to say thanks to everyone I would leave someone out. There are just too many people doing massive amounts of stuff. So this is a shout out and huge thank you to everyone who pitched in today. And that being said, there are two people who deserve a little recognition: Our club president Mike Sirott, and club treasurer Alan Jacob. Mike is the down-to-earth vision-guy. And also energy-guy. Alan is the first lieutenant and fill-in-every-blank-you-can-think-of-and-even-those-you-can't-guy. And also energy-guy. Vision, details, and energy squared. No way this would have happened without those two. Kudos, guys.

My alarm went off at 3:45 am and I was on the course setting up at 5:00. I got home a little after 8:00 pm and spent a couple more hours unloading and whatnot. My day was not even a little unusual. Everyone who worked or participated in this event poured overly-generous amounts of heart and soul into it. I'm positive that I'm not the only one who asked themselves several times today why we are doing this and whether it is worth it. It's the same in a thousand races all over the country every year. The answer lies in the hypnotic, passionate power this simple machine holds over us.

Every time we do a race I am just amazed at the process and I always want to post about it, but I never have the energy because I'm always wiped. This time I wanted to take a good set of pics to document the race, but I was once again just too busy and ended up with a lame subset of the drama, so this is what you get: 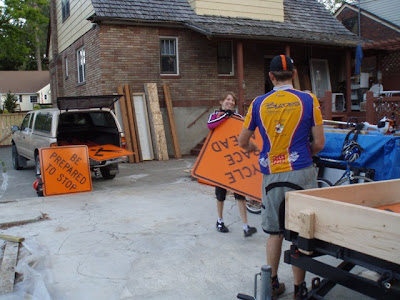 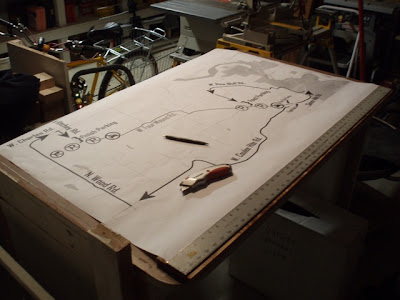 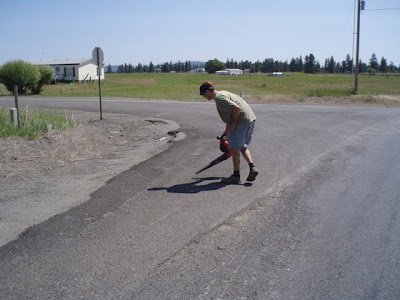 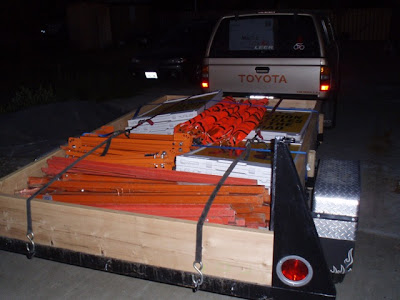 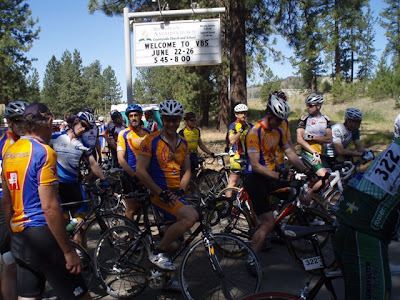 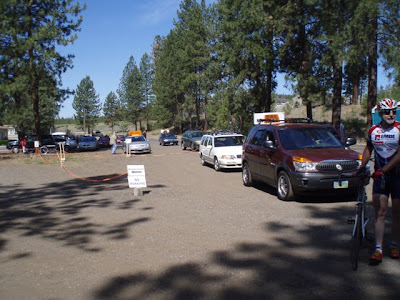 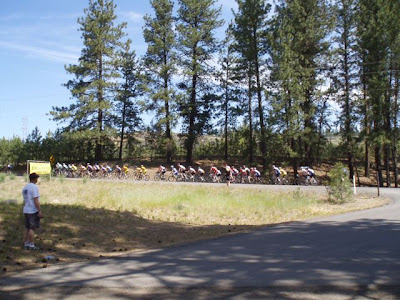 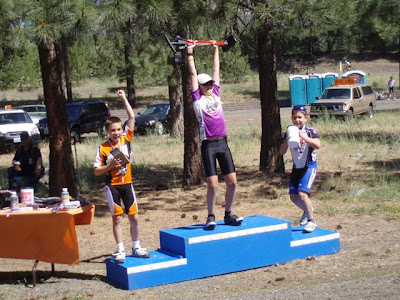 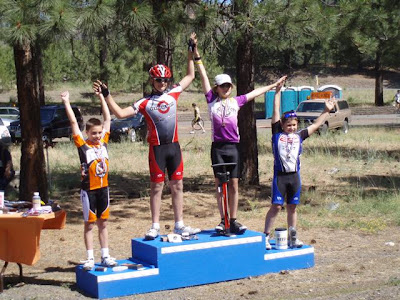 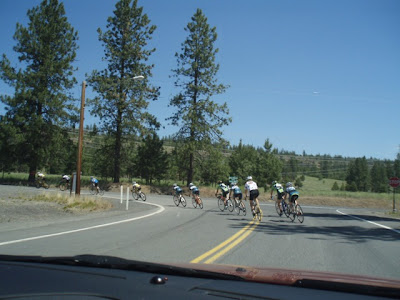 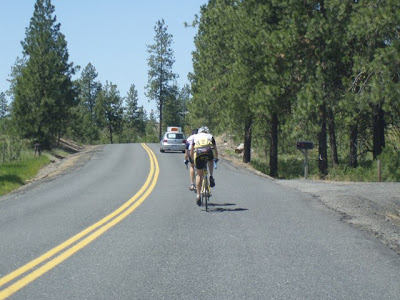 Yep, it'll be a couple days before I can fully process everything. But it was unquestionably a success. Look for a photo page on the website soon. ~MJS

Alan "if I never see another folding table, it'll still be too soon" Jacob said...

And a mighty "Thank You!" goes out to you, too. And don't forget Dale and Sarah who were also up at the crack of dawn, spent the day in the sun, and then packed it all up late into the evening. Next year's race is gonna kick butt, too!

I love that picture of the kids on the podium with the winner holding the floor pump overhead. Their enthusiasm put a smile on my face when I saw it.