Patty's been openly jealous of my neighborhood utility bike for 2 or 7 months. It's just that I can't hide the fact that it's the cheapest bike I own and probably the one I get the most enjoyment out of. She wants in on the fun and I can't blame her.

While I have way too many, she has just the one bike - a road bike and a decent piece of equipment. But it's for doing Loreen Miller rides and stuff like that. You can't hang a rack on it and it doesn't do well with any practical bike chores. I've been looking for something that might suit her. I've been pretty diligent, because I wanna cruise with my bride through the 'hood on our dork bikes. But nothing's surfaced. I haven't wanted to push it . . . I want to let this bike come to us, but there does come a point when you start to get a little impatient. With all the great weather we've been having, well, you know. I even started to consider buying her something new at the LBS, but that's not this bike.

And then out of the blue: I get in my truck to head to work this morning. Down the driveway. Right on 25th. Right on Bernard. Rolling down the hill. I'm already late. And then, at about 17th or so, on the corner, they're setting up for a yard sale. And there it is - ugly as sin. I could tell it was the right size. I could feel it. I grabbed the binders, pulled a hard right and parked it. Work would have to wait. I gave it the quick once-over. It looked rough. I knew I should wait for something better, but this was my chance to get the job done. For better or worse. Maybe bike love would tame this beast. The sign said $45. I happened to have $40 in my wallet. We struck a deal.

As I loaded it into the truck, I couldn't help but notice how ugly it was. But still, there was something that made me stop on first impression. I spent the rest of the drive wondering why I was dragging home more junk and how I was going to get rid of it. But now I was committed and determined to make it work. I was scheming all morning and snuck out for lunch to grab some new tires at Wheel Sport East. Then I left early so I could make it down to Spoke 'N Sport, the basket king of Spokane LBS's, before my haircut appointment. I was so preoccupied with this bike during my haircut that Ed could have cut my ear off and I wouldn't have noticed. As soon as I was done, I headed straight for REI to pick up some lights. I now had what I needed and I was headed home.

I had called Patty earlier to tell her that I had a surprise. Girls love surprises and I think maybe she let her expectations get a little out of hand. I told her to close her eyes and then walked her over to the back of the truck and told her to open up and take a look. I'm pretty sure I saw her throw up in her mouth, just a little.

But then things got better. First, we cleaned the drivetrain together. Then she washed it down. We mounted the new tires. It was starting to look pretty good. It became apparent that this bike had hardly been ridden and was in really good shape under the dirt, a diamond in the rough. It had a kickstand, which made her smile. Then, we mounted the basket, and that put her over the top - she could see the grocery-run potential. By this time, it was starting to get dark, so we mounted the new lights, and at about 9:30, we headed off on the maiden voyage to the Rocket Market, to celebrate.

Patty loves, and I mean *LOVES*, this bike. I love it too. Sometimes you score. This bike is what's it's all about. I'm gonna sleep like a baby tonight. Pink cable housing - are you kidding me??? Here are the pics: 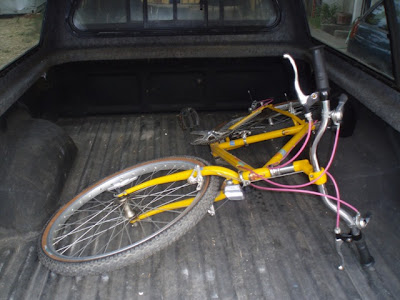 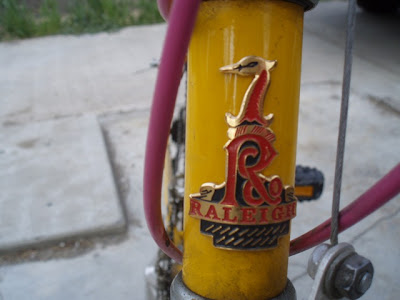 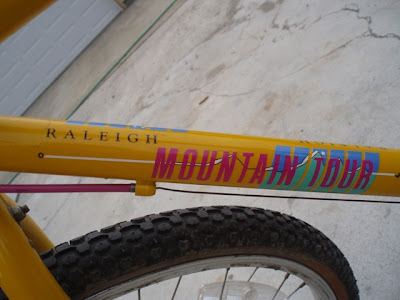 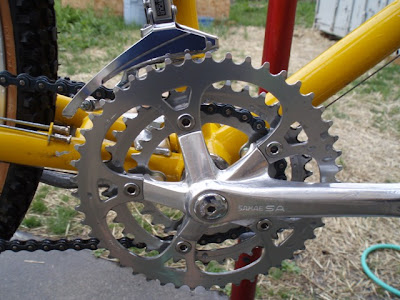 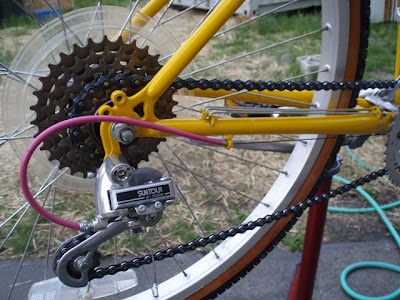 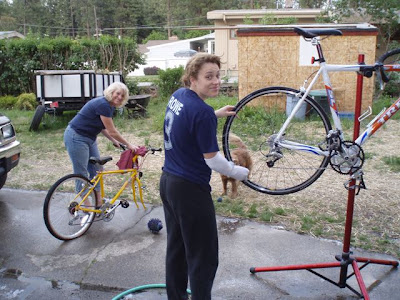 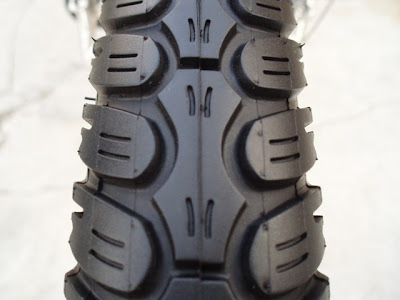 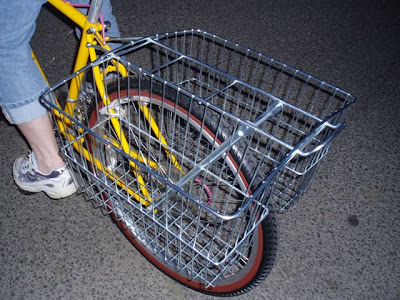 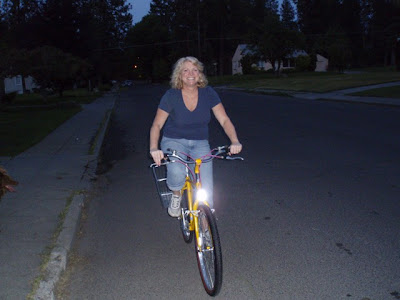 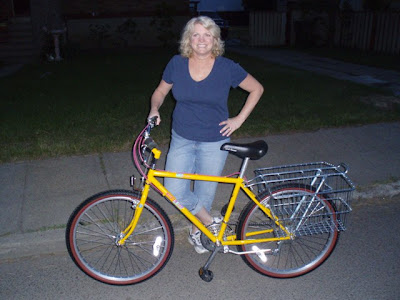 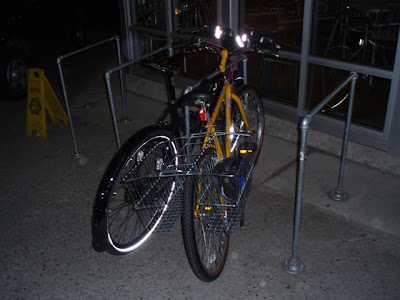 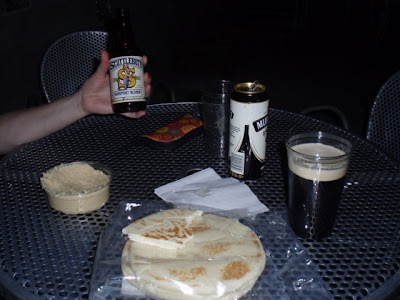 Way to go Pat! I am in awe of your bike-scoping, acquisition and resuscitation skills. I see much two-wheeled happiness in your future.

Hey thats my bike! Have the same model right down to the pink cables, well until I had 2 wheel transit re-cable everything, tune it up, put better street tires on it. i have had it since mid to late 80's don't remember when I bought it.(have lost too many brain cells)