Oh, so you wanna make a big deal of the fact that I never visited in the first place and where does the "Re" come from?

Let me tell you that I'm getting damned tired of all your fact checking. I'm trying to write a bike blog here, not the effing NY Times. You people are getting on my nerves.

If I could possibly be allowed to continue with my story . . .

Patty had to bail on our vacation early due to some commitments in town. That left me alone at the lake, with a day to kill. What would I do, what would I do.

An epic Chewelah ride, naturally. I don't like getting my ass kicked any more than you do. Revenge is a good motivator.

So now it's the day after and I am freakin still trying to recover - that ride kicked this old man's ass. I don't have anything all techy to back this up, but I did something like 20,000 vertical feet in 52 miles. You read it on the internet, so just believe it and move on.

Uhhh, I went off course again. Big surprise. Apparently I'm not some kind of master navigator. Whatever. In addition to directional challenges, I had dog problems and redneck problems and cramp problems, but nothing serious enough to spoil the deal.

I'm tired as hell and not about to do some boring map. How 'bout some pictures instead?

First off, I make it to Chewelah and this picture proves it. You read it on the internet, so just believe it and move on. 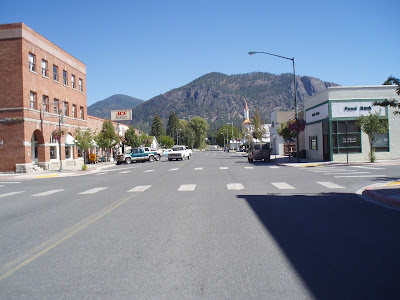 I was seriously inconvenienced by this dude moving his house up the road. Country RUDE. 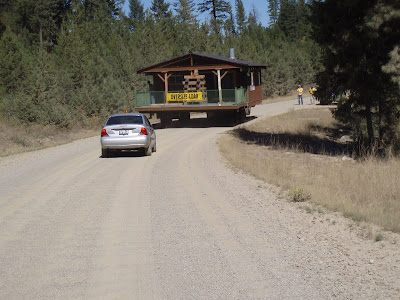 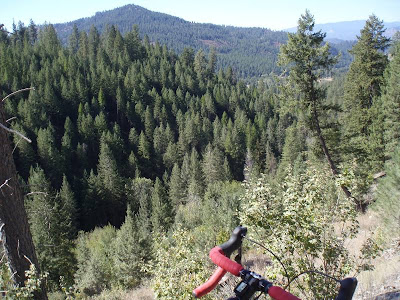 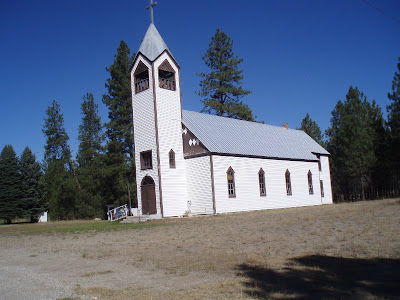 Sucky hay bale picture that seemed like a good idea at the time. Deal with it. 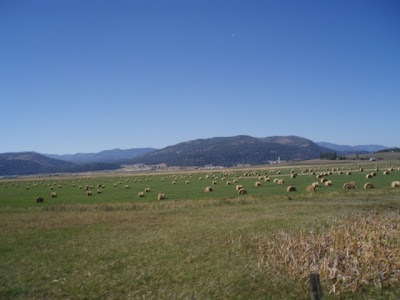 Chewelah is 800 ft lower than Loon Lake. So I knew I was gonna suffer on the way back. I just didn't know I was gonna have to do all 800 feet on the same bastard of a hill. Holy Carumba. 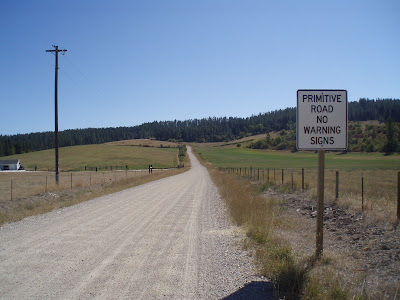 But what popped out of this ride that kind of, okay totally, gets me all revved up is the powerline roads - they look totally sweet and are sort of marked as "no trespassing" and sort of not. Ambiguous forbidden fruit. Krap, it's only a matter of time before I get arrested. 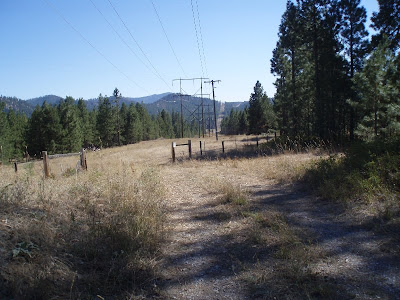 All in all, it was kind of brutal, but now I have a tiny little sense of the lay of the land. Next summer, look out.
Posted by Pat S at 8:23 PM

I don't think I have seen Chewelah in any other season but winter for a very long time. Beauty, eh!

Yeah, another gorgeous corner of the Inland Empire. We have it pretty good here.