I'm pretty okay with pulling on my long johns and peddling happily through this arctic bullcrap. Whatever, your body pedals and generates heat and you sweat to death while your toes and fingers and face freeze and fall off. It's not as bad as it sounds.

But this winter I have racks to build and I need to stand in one place on a slab of frozen concrete and it's different than the riding thing because there's no movement, and I am NOT happy. It's colder than balls out in my shop and 30+ outside is fine, but when it gets into the low 20's and upper teens, well that's just beyond stupid.

The dumb little heater I have is like peeing into a lake. No way you're gonna raise the level even one fraction of an inch. 23,000 pathetic Btu's in a sea of cold. 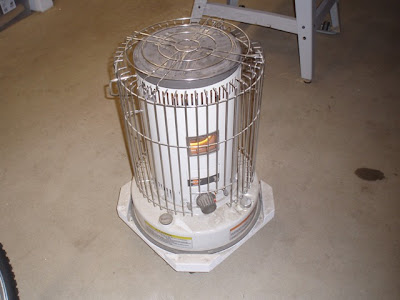 So somehow, Patty took pity on me and let me drop a coupla hundred bucks on a mighty new 70,000 Btu heater (probably because I let her buy that goofy fake Christmas tree) that will will keep me toasty warm despite the fact that it uses up oxygen and generates carbon monoxide like a mother, all in a closed space. I've been pretty hard on my brain cells and don't have a lot to spare, but even so, oxygen deprivation and inhalation of poisonous gas seem like a small price to pay for staying warm.

The directions said to break it in outdoors, so I did. It roars, figuratively and literally, and I can only imagine how impressed my neighbors must be. 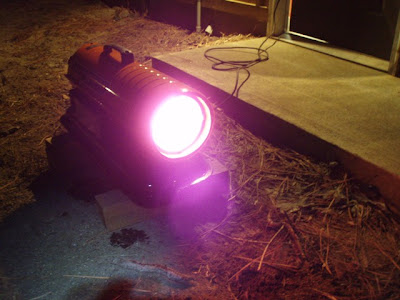 As part of the stay-warm package, I also picked up a digital indoor-outdoor thermometer to gauge my happiness. Finding something this basic was not an easy task, since the whole thermometer industry has gone to a multiple-transmitter system that is driven off the internet and atomic clocks or something, and is designed to give you the temperature in every micro-climate that you might possibly be visiting, along with trends and historical lows and highs, and requires about 4 dozen double-A batteries and an instruction manual that looks like a phone book. Krap, I just wanted to know the temperature in my shop. Sometimes I just picture some Chinese designers sitting around, going all crazy with new features for some very basic device (you've seen the talking bottle openers??) and laughing their asses off, because they know that whatever kind of crazy shit they can dream up, a bunch of dumbass Americans will buy. But I've gotten way off track here.

Anyway, the top part is the outdoor temp and the bottom part is the indoor temp and you can see the dramatic difference after running my new badass heater for about 45 minutes. (Just ignore the number in the middle, which were put there by Chinese designers to stimulate wide-eyed, gee-whiz Americans.) 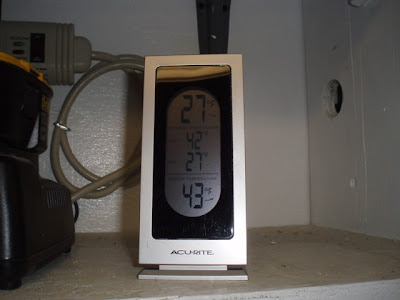 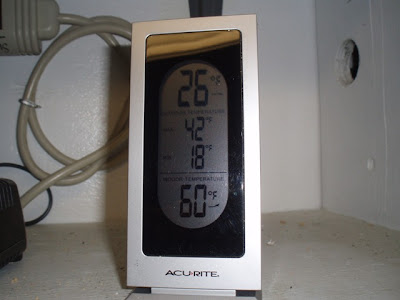 Just so you don't get the idea I don't care about my own well-being, these are the dampers at ceiling and floor level that let the air in/out so I can get the O-2 that my highly-evolved brain craves. I'm still fine-tuning the whole how-much-is-enough thing. 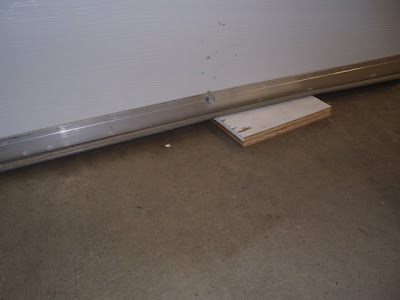 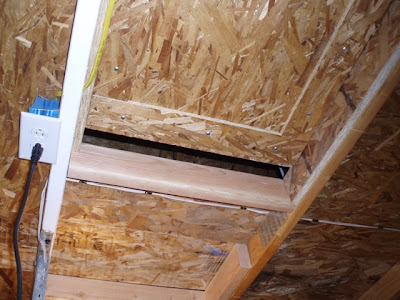 Re: American's will be dumb enough to buy anything. Have you seen Jim Gaffigan's bit on buying bottled water? Check it out: http://comedians.jokes.com/jim-gaffigan/videos/jim-gaffigan---bottled-water

You could mount that new mega-heater onto your rear rack and have one hell of a jet engine! Or at least a really impressive tail light.

Jim, now you're talking! It might be fun to melt some car grills at stoplights. ;-)