The actual physical part of the trip is over, but for me, I can't totally rest until I've told my story. It's dumb, really, but I have this strong compulsion to finish up this insane, inane blogging-about-it. Now that I've started.

Between sorting through photos and then processing them and then composing my thoughts and then getting it all into blog-space, it takes a bunch of time. It's a labor of love, though, and the reason why you see some crazy wee-hour post times . . . the time that's available for this activity at then end of each day is what's left over after everything that needs to get done gets done.

I was all jacked up to work on the Day 5 post when I got home tonight, but Patty has a super-legitimate project of her own going on and while we have 3 different digital processing units at home, we both needed the same one and I backed off and let her use the one we both needed. But I was a big baby about it and some contention ensued and then after some fireworks I apologized, and I hope it came across sincerely, because I was definitely a jerk. Enough said.

I decided instead to begin to deal with the carnage that was the pile of gear that came home with me and that was laying on the basement floor and that needed to be cleaned and/or fixed. 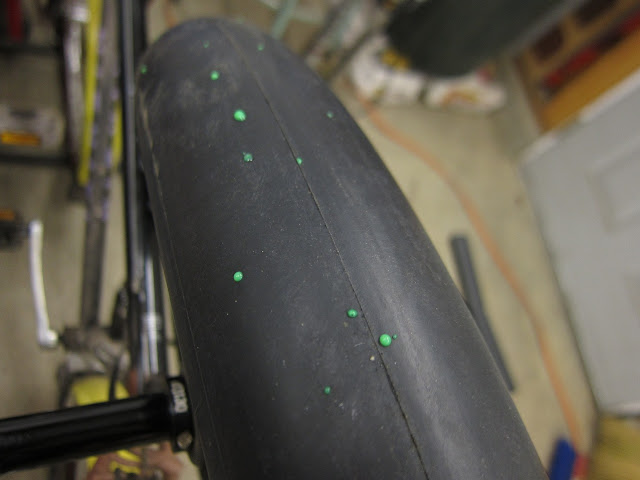 I'm clearly an idiot, but this is a $13 tube and part of it is that I'm cheap but part of it is the challenge of making it hold air again and the the whole curiosity thing about slime and which holes it will seal and which ones I need to patch. 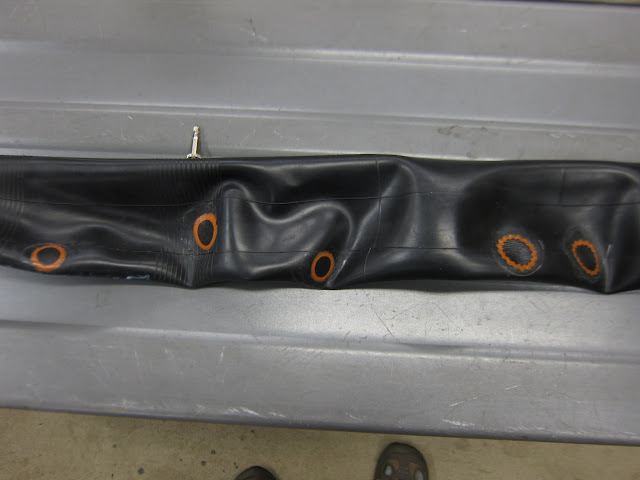 While I was waiting for glue to dry, I pondered the future of this rad bike, with no definite conclusion. Originally, I thought it was sole-purpose and that I'd be putting it for auction after the trip. It's such a unique bike, though, and I'm not really sure that I'm satisfied with the possibilities I've explored. I might wanna hang onto it for a while. I think that maybe there's some major other kinds of major fun to be had. 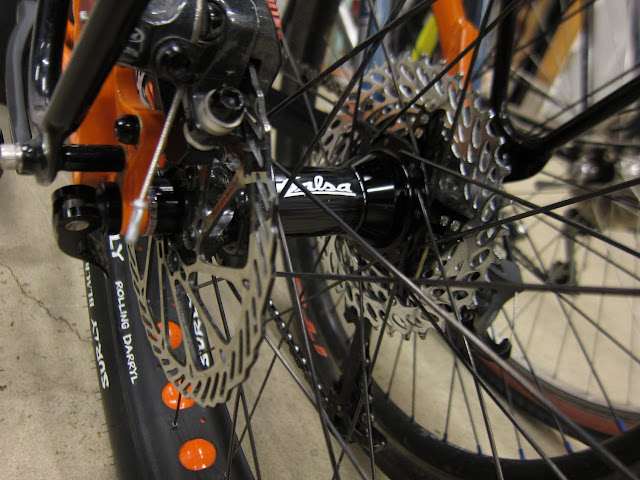 We're glad you feel the need to get your adventures on the ole interwebs. It keeps our interest fuel nicely.

And yeah, I think you should hang on to that bike for a bit too.

I've enjoyed reading about your adventures, and thanks for sharing all the emotion involved. Having grown up in Eastern Washington the images you are posting sure bring back some memories, both good and bad. I think I miss the skies and the smell of the desert the most, though I surely don't miss the goatheads, the wind, or the awful time I spent at the Yakima Firing Center.

I would hold on to that bike, at least until you get to ride it during a real winter. Of my 5 bikes hanging in the garage, my Fatback is the one I probably use the least, but I will never sell it. The first winter (two years ago) I bought it we had record snowfall, and we road the snowbikes in our local state forest all winter, then started riding them on the beaches after the snow melted. This winter we had very little snow, and therefore it stayed in the basement, but I'm already hoping for more epic snow next year.

I've found that Slime will eat through the glue on a patch and blow it off on my Pugs.

I'll be interested to see if you manage to keep 'em on.

I think for thorn country use a tubeless setup is the way to go with lots of Stan's sealant.

I'm thinking that if you used a tire liner, the thorns would not have poked through the tube. Is there a reason to not use a liner? I've not had a flat due to thorns since I've used one.

I have enjoyed following the preparations and the ride. Thanks for sharing.

Pat, ditto on the big thanks for sharing your adventure, warts and all. A lot of us busy middle-aged guys can identify with the joy and tribulations of a difficult-to-carve-out and much anticipated big trip.

Count my vote toward keeping the bike for a while. Though I can understand the practicalities of why one might want to stay within a certain number of bikes, I'm just learning that a fatbike is a lot more versatile and fun than I ever thought it would be. Right now, I think I'd keep my Pug over the majority of my other bikes, if for some reason I had to choose.

Thanks, all, for the comments re your interest in my tour reports. I'd write about it regardless, but it's gratifying to know that you find it a good read.

And re the comments about keeping the bike, it's pretty much settled. There's a NW fatbike get-together coming up in Oct and then I really need to hang onto it until we get a real winter. Along with some other ideas I'm cooking up for it.

Vik, although I've read a ton about other people's experiences, this is my first firsthand experience with any kind of tube sealant and I'm just very curious about how/if/when it works, or not. So yeah, I'll be interested to see what happens, as well.

Anon, the readily available liners are too thin - I'd have to double them up and tape them together, side-by-side. That seemed like a huge hassle, especially if you're trailside with a flat and trying to get them to stay in place. I also read really good reviews from Slime users, so it seemed like slam dunk. Which I think it would have been, if we hadn't chanced across this one brief stretch of thornageddon.

If your fatty is non-offset you can drop 29er MTB wheels in there and have a standard bikepacking rig or just a 29er MTB. That seems like a good enough reason to keep her in the garage unless you have those bases covered already.

Some dorks throw medium-fat tires like Hookworms on their fat rims for more general use.