Two steeds fled the stable this weekend, courtesy the magicality of craigslist.


I had some great adventures aboard both bikes, and I'll be hanging onto the memories, if not the bikes.

Aside from a coupla specialty bikes, the dog bike and wheelie bike, I now have exactly three bikes:

Its been a long time since I've had this few bikes, and I feel remarkably bike-unencumbered as I write this.  I hope that the Karate Monkey will undergo some sort of rad ebike transformation during the coming year.  The Elephant will do what it has always done, I think, which is to get me around comfortably and efficiently on the tarmac.  Amazingly, I now own exactly one mountain bike and exactly one fatbike and they are the same bike; the Bucksaw.  I anticipate that I will be spending many hours aboard this bike in 2015, on a variety of surfaces and ride purposes.

Will the stable grow again?  Most likely, or even most certainly.  But not quickly or spontaneously, I hope.  I seriously doubt that I'll be shopping for another road bike this year.  I don't think I'll be shopping for another mountain bike either, but maybe another fatbike.  I won't say I'm in all out lust mode just yet, but I feel a certain undeniable heat building in my loins over the Salsa Blackborow.  Damnit, that is one versatile, well thought out fatbike.

In the present though, I'm just having hella fun with the Bucksaw, and here I can rightfully use the word lust.  Or honeymoon.  Lustfully delicious honeymoon.  Whatever.  Yesterday was an epic 3 hours on Antoine Peak, which was exactly the time it took me to ascend and descend just once, which is about 3 times what it takes to do that same thing any other time of year. 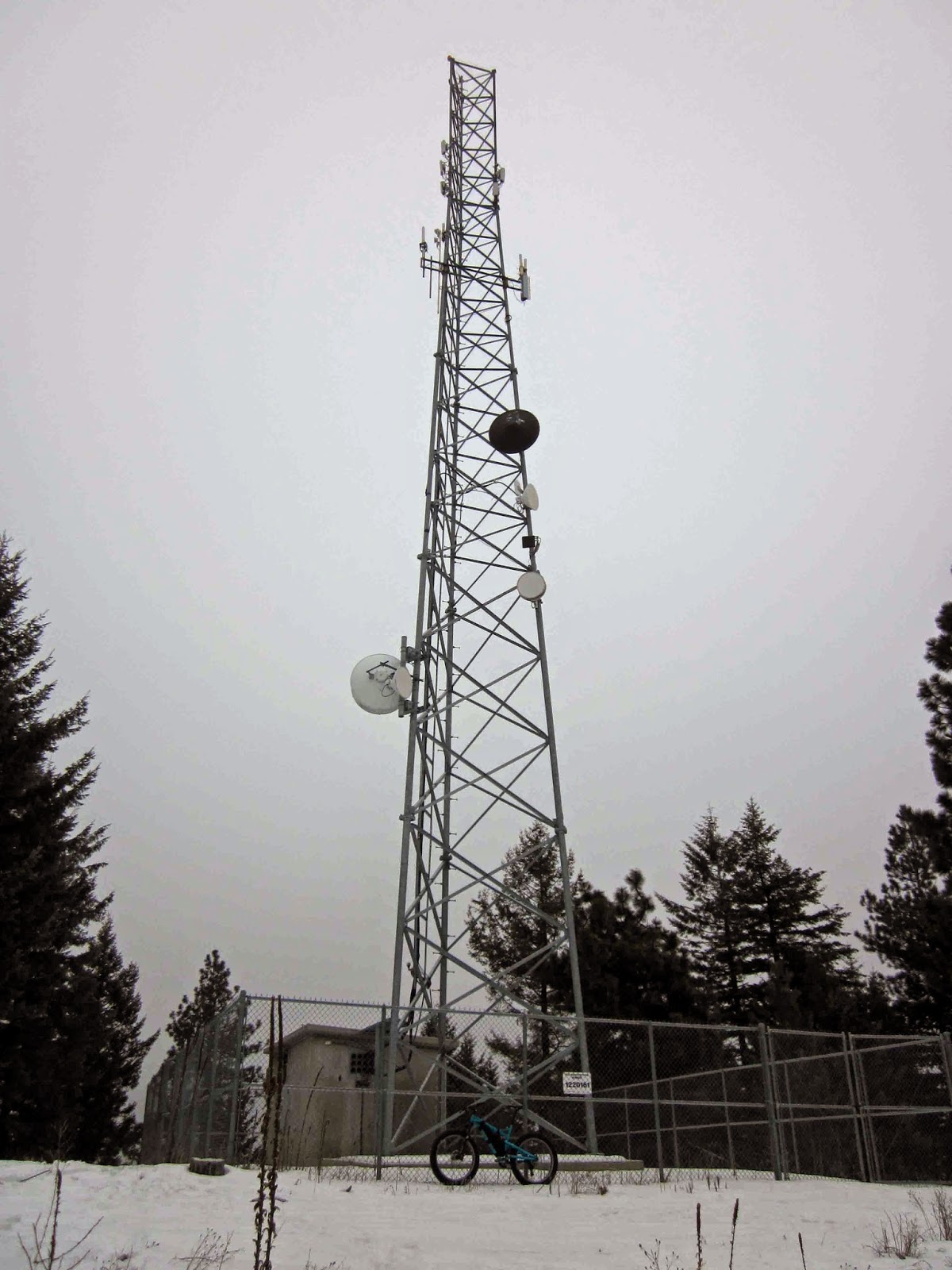 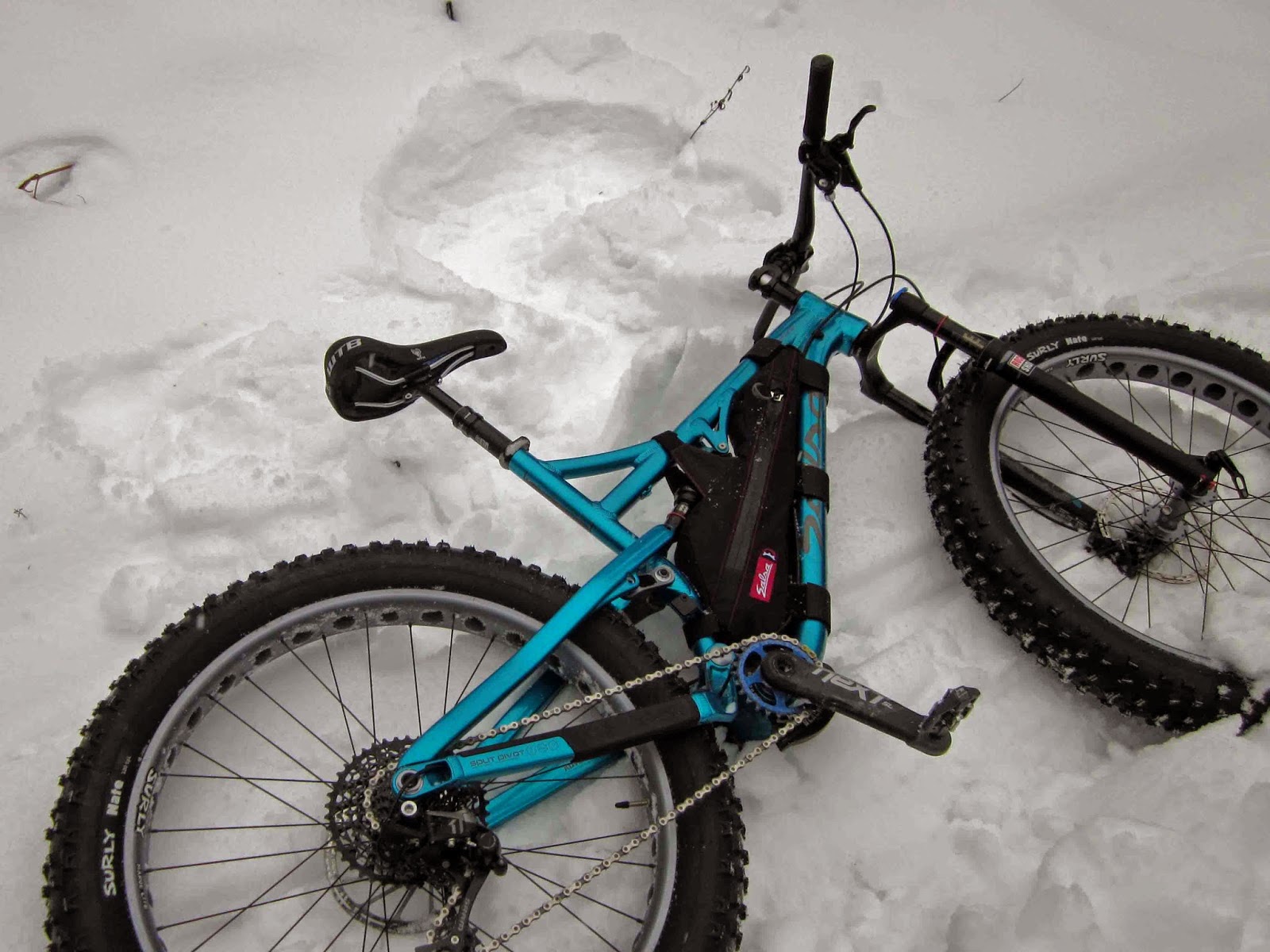 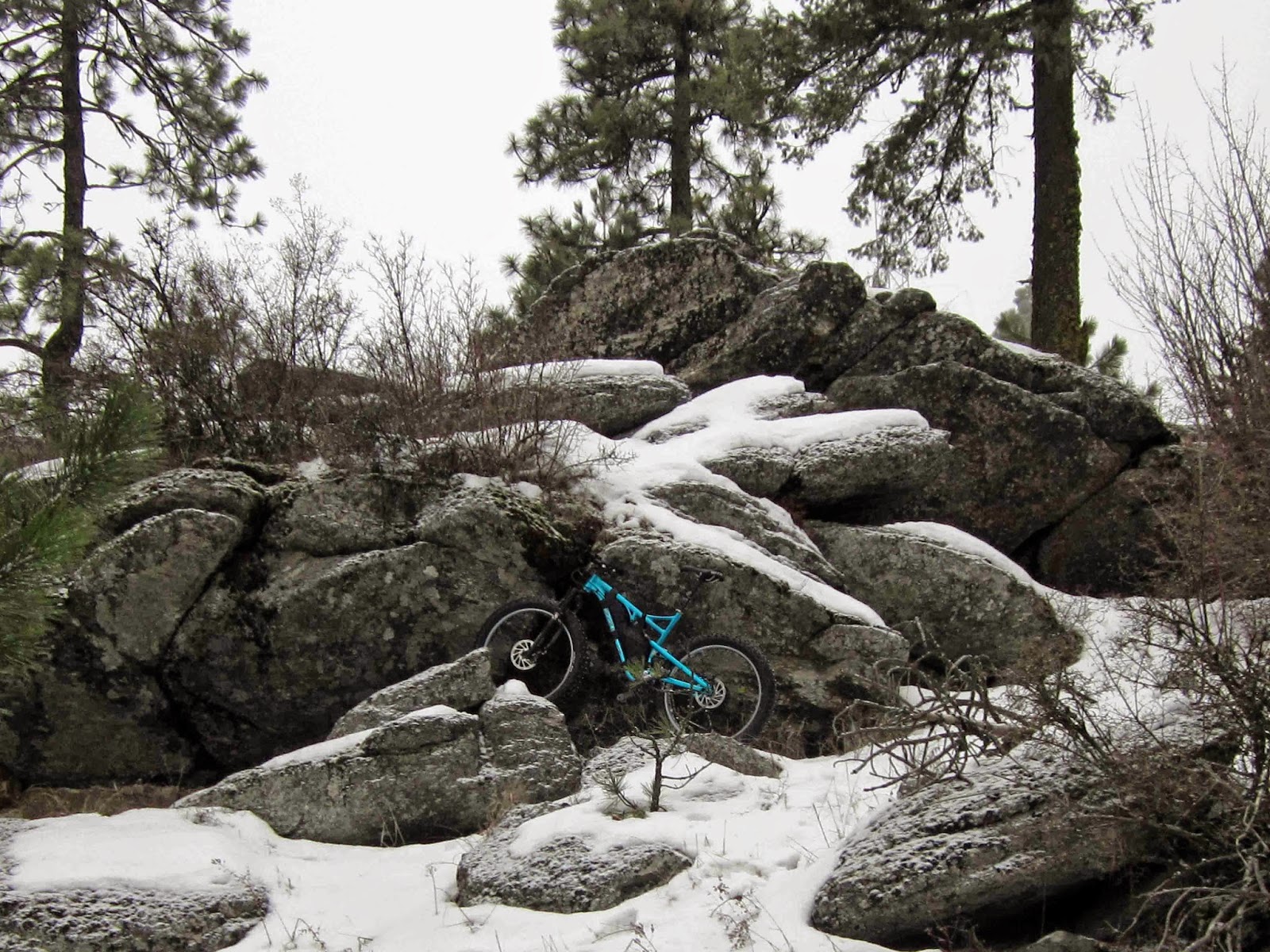 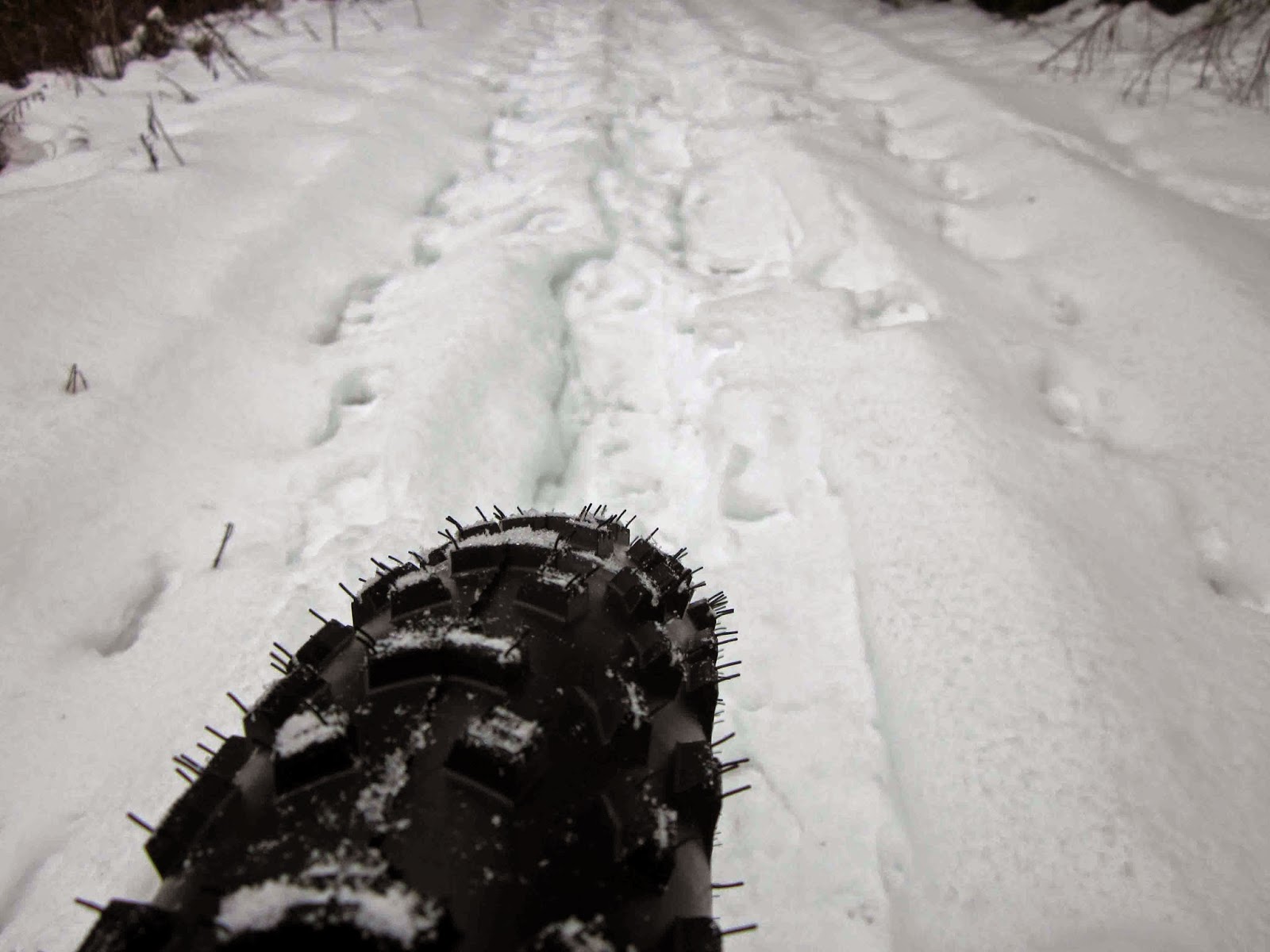 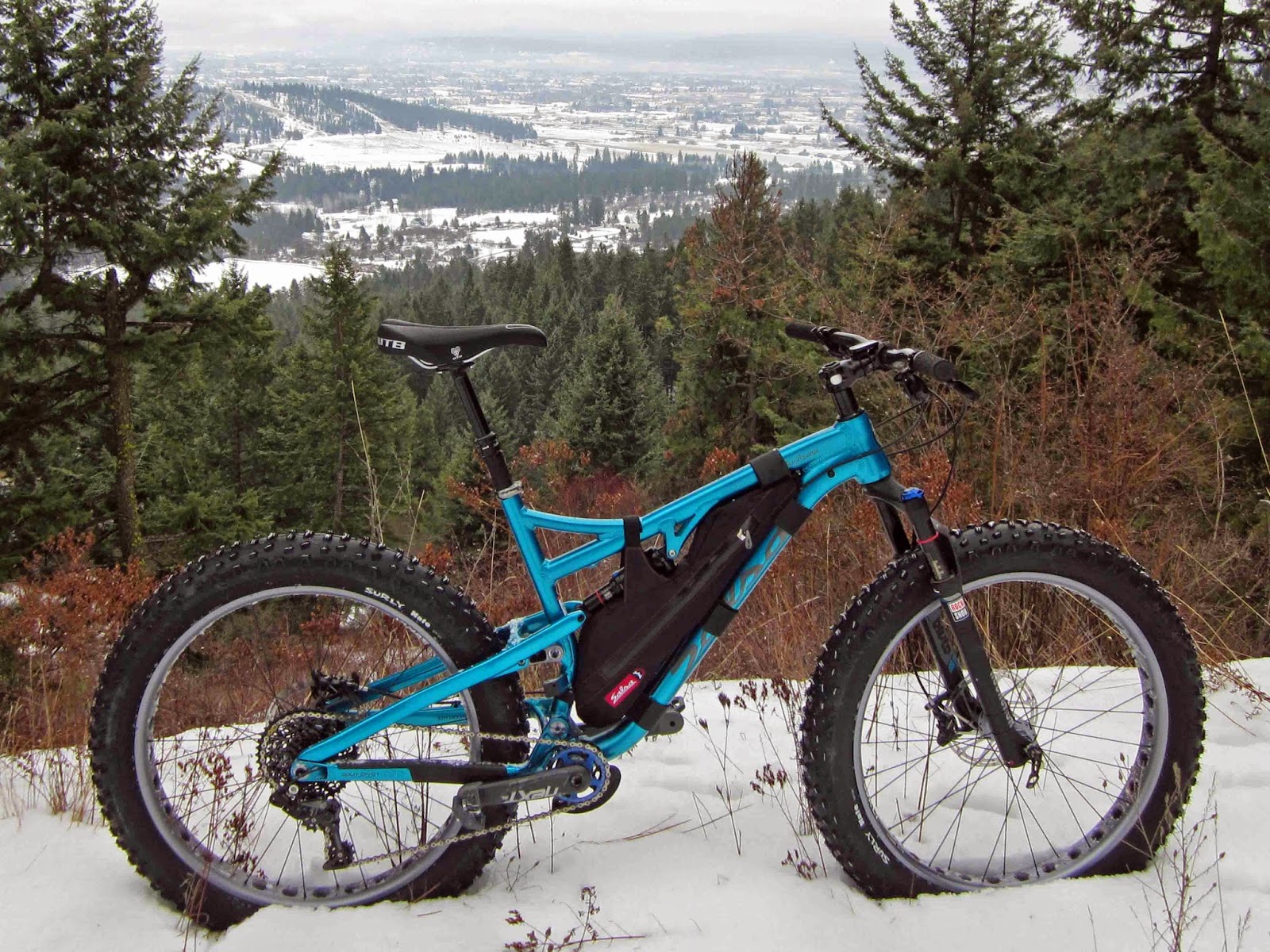 Today was a short trip to Palisades to devour some frozen chunk.  The bike just laughs at this shit and turns the ride into hilarious fun for me.  I don't know of any other bike that can do this. 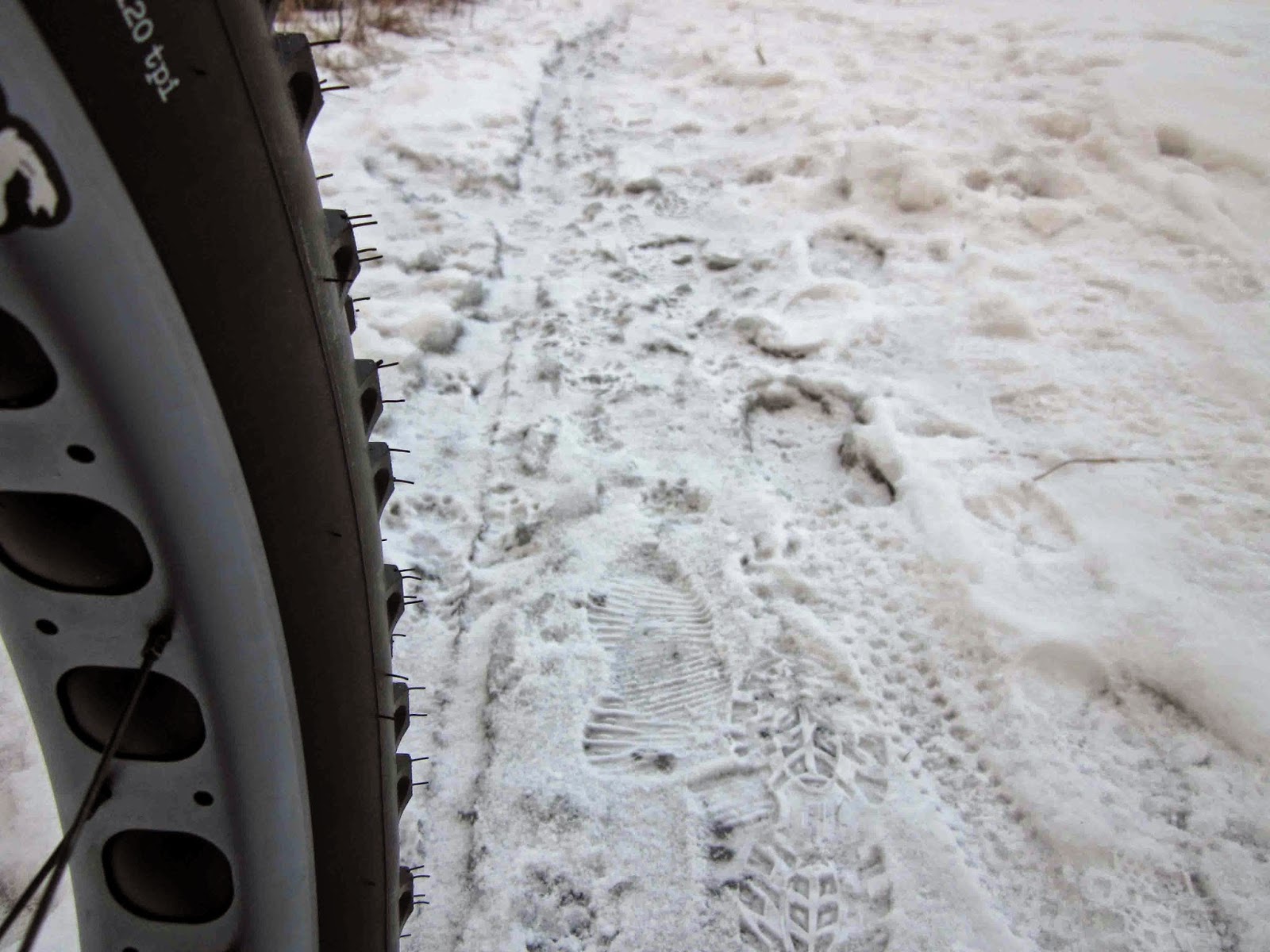 Finding time to ride in 2015 will continue to be my biggest challenge, but the Monthly bikEVENTure Plan is in full force and a major piece of the puzzle, says Jack.  I remain convinced that it's the quality, and not the quantity of miles that counts, and I'm more determined than ever keep my riding fun and weird and adventurous.  As such, I'm highly optimistic about the year ahead and I have full confidence in the abilities of my three stallions to show me a good time.
Posted by Pat S at 8:09 PM

What bike will be doing the Midnight Century this year?

It depends how you manage your fleet. You know fleet management isn't that hard so that you can actually manages your fleets through your own sheer efforts.
There are different types of fleet management services but if you want to handle these fleets through a set of smartphone, then it is also possible.
But choose the service provider wisely until you do a thorough research.

Fleet management services ensure comfort and safety of the passengers. They have GPS enabled Cars and they have well trained chauffeurs which makes your ride safe and smooth

I want really to tell you thanks for this most helpful information.

It is really a great and useful piece of info. I’m glad that you shared this helpful info with us. Please keep us informed like this. Thank you for sharing.

I go through your blog it's really very interesting post and useful information. I like it very much.
Thanks for sharing.

I like your page.Businesses have become very sophisticated today. It is even much likely that most sellers and producers never get to see the actual clients who consume their goods, and vice versa.
Logistics Software
Fleet Management systemERP Software Companies
Manufacturing ERP
Human Resources Management Software
CCTV Camera Dealers in Chennai
Web Development

"Completely integrated" means one complete application, not a modular-based suite of applications. We have launched East racking in many modules. There are different modules for courier, cargo, international freight forwarders, logistics etc; all products are having its own specialty and features.

With drivers on the road for extended periods of time, it is imperative to be able to track the progress of trucks and shipments and to be able to communicate near real-time with those drivers when needed. With Track+ GPRS and GPS solution, you can reduce your operating costs and increase productivity by having near real-time information on the location and status of all your fleet.
Tracking World made the Fleet Management so easy.