The other thing you need to come to grips with is over-hyphenation.  Because you are about to deal with it.  Why?  I-do-not-know.  Some things just-are.

We left Spo on Thursday last at what must have felt like noon to Mr. Speare, and what certainly felt like the butt-crack-of-dawn to me.  Odd couple that we are.

We arrived in Seattle somewhere around an-hour-and-a-half early, because he never likes to arrive anywhere on time.  Which left me with the opportunity to ring-up my daughter Jacque, and see if she could meet us for coffee in the big city.  She could and did.  Damnit, she kills me - she is so radiant and lovely - she totally amped up my soul for the whole next four days, with just this short visit.  That's the power she holds over me.

No, I am not stoned in this self-taken (not selfie) pic, just super proud, happy and satisfied.  Thrivin' on my Jacque fix. 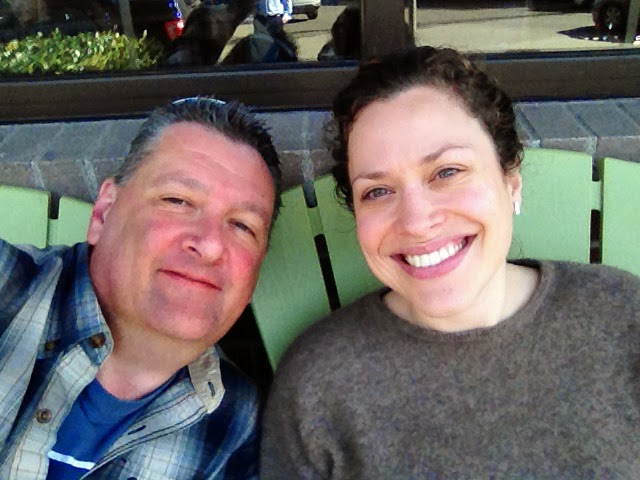 After a literal subsequent lifetime's worth of driving, we finally arrived at the fabled Rosario Resort.  Ever since last year, we'd been salivating over the prospect of returning to their oh-so-generous happy-hour.  But alas, happy-hour had been abolished.  Not-only-that, but we had been abolished to the outskirts of the kingdom, scurvy lot were we.  We vowed to avenge our loss, somehow. 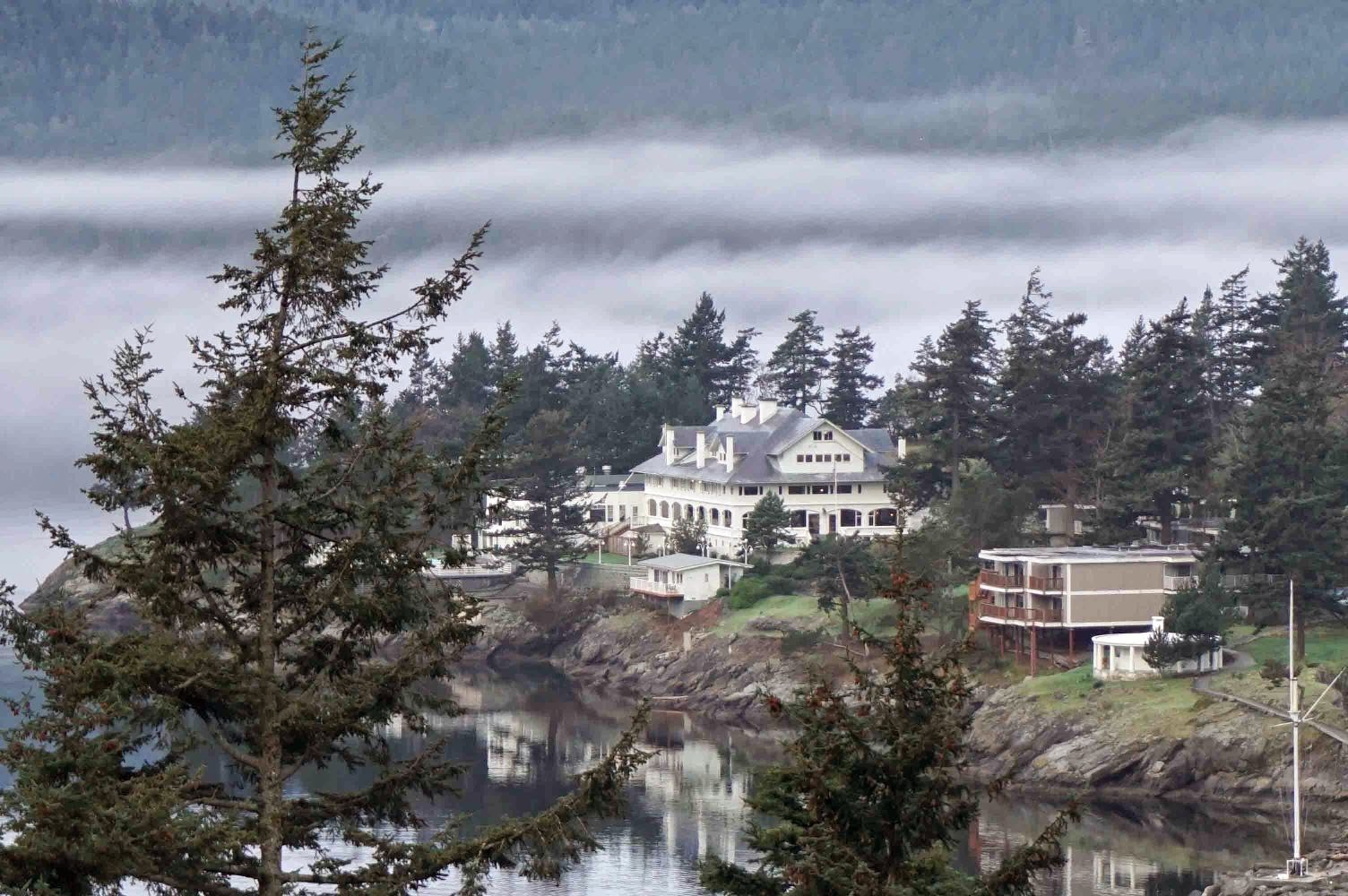 At about an hour into our ride the next morning, spite could have mattered less.  We were gasping for O2 like fish out of water on the 2000' climb up Mount Constitution.  Yes, I am bringing up the rear.  Thanks for pointing that out, you bastard. 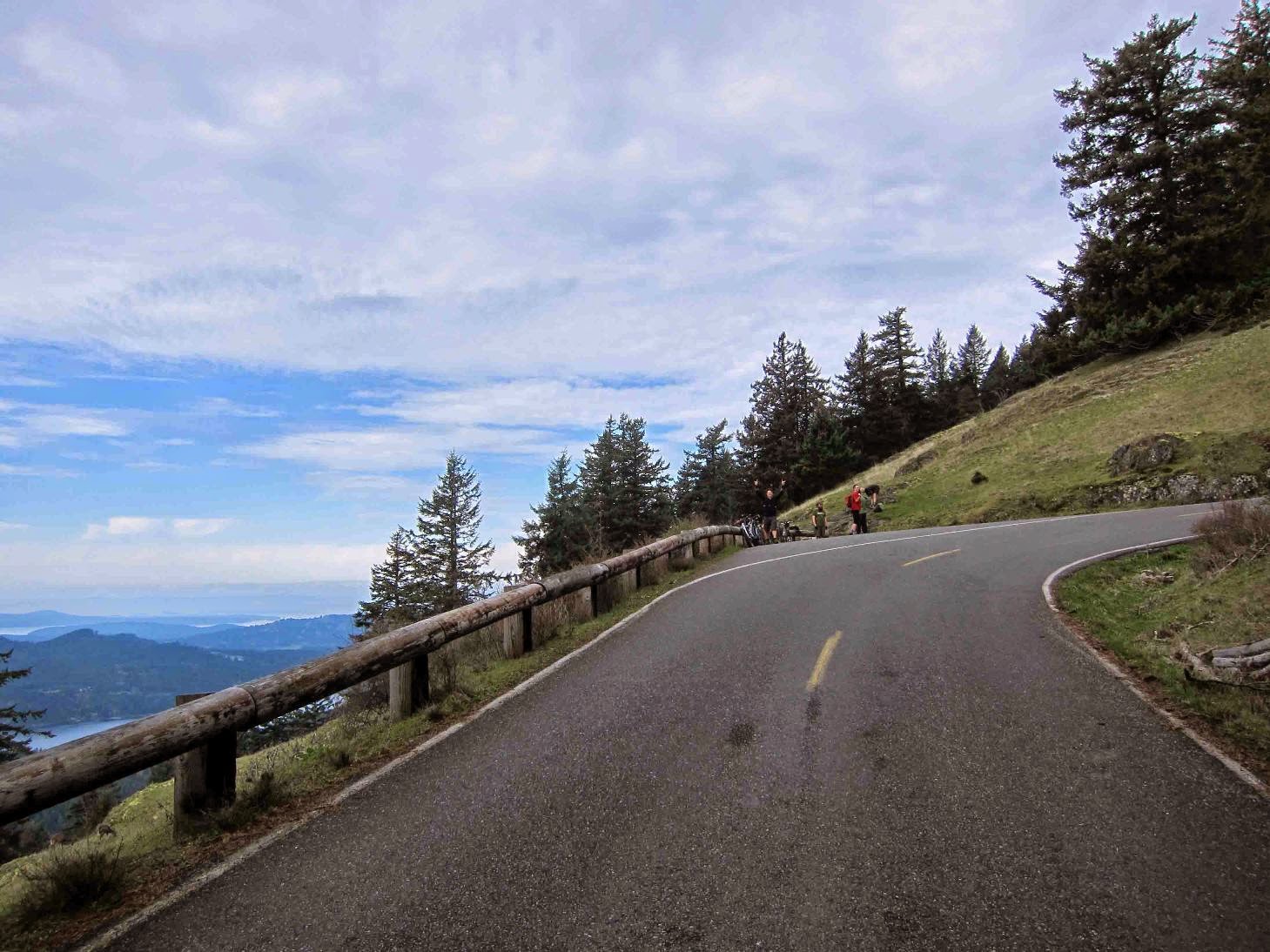 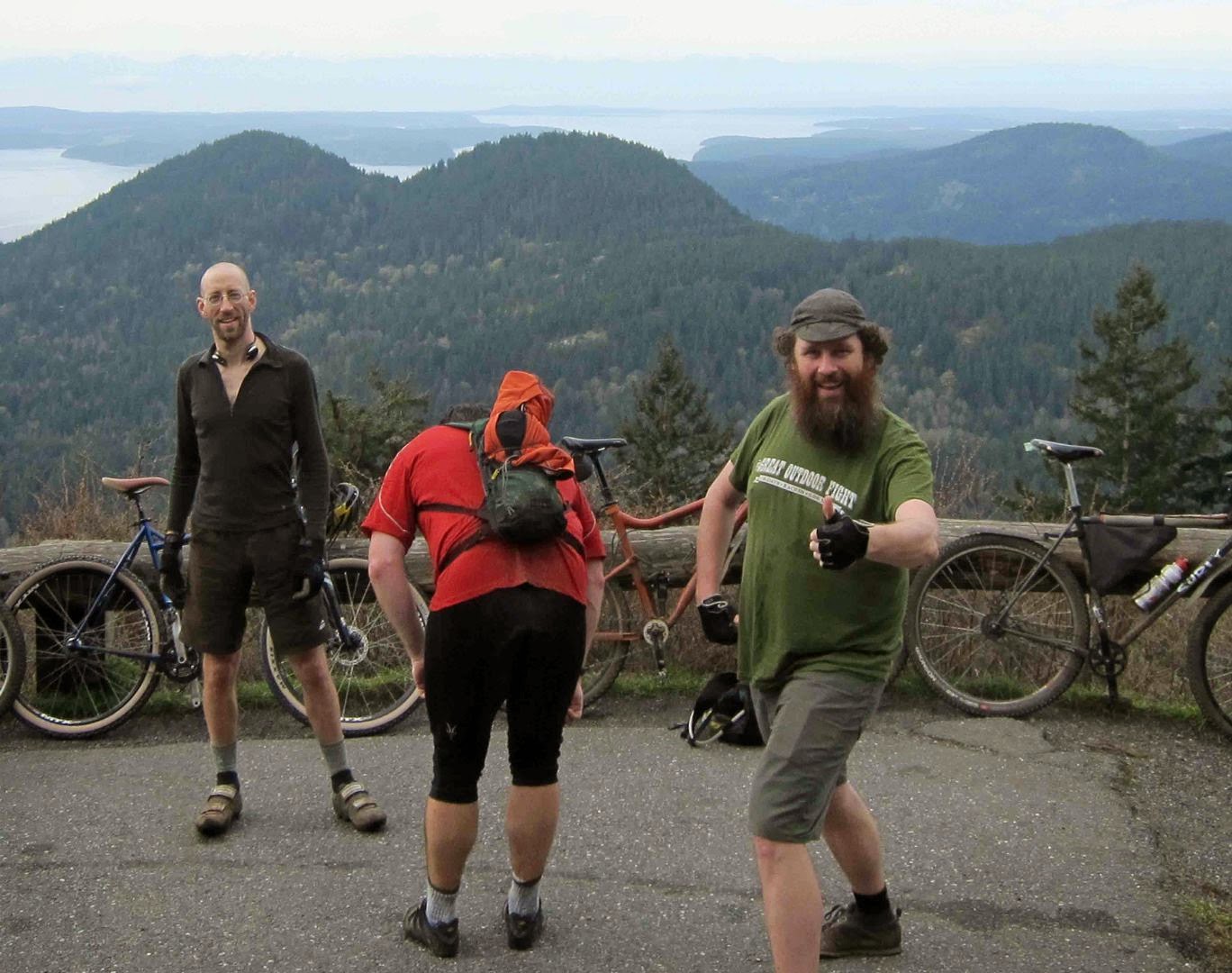 Ungulation was all the hell over everywhere, all damn weekend long.  I studied a group of four from my "balcony" for quite-some-time and actually watched them both shit-and-piss, which sounds gross, but which was actually somewhat fascinating. 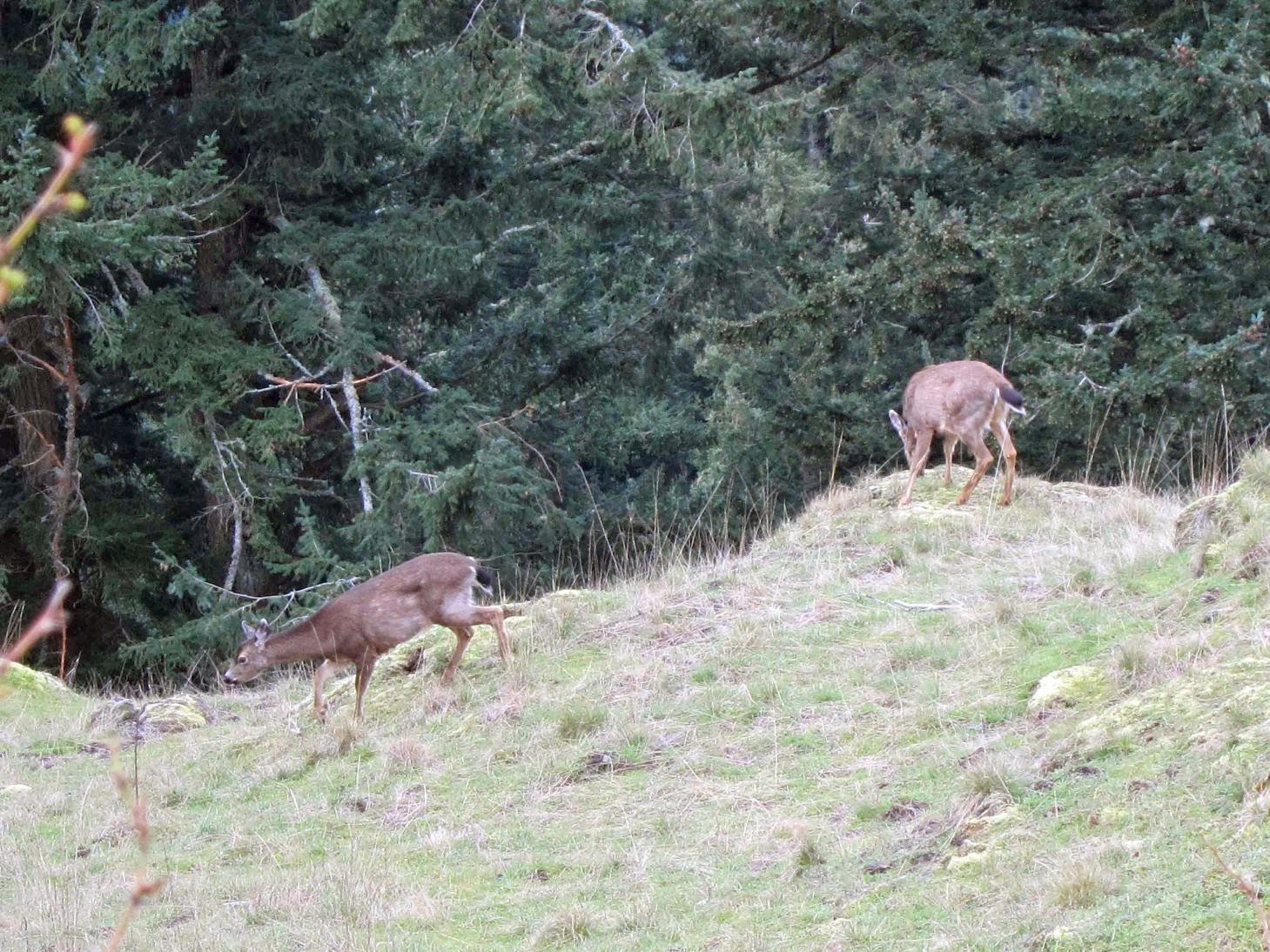 Eventually we arrived at the summit of Mt Constitution, because Alex made us do it.  Food sure tastes good up there.  Bets is trying to tell us something; not-sure-what. 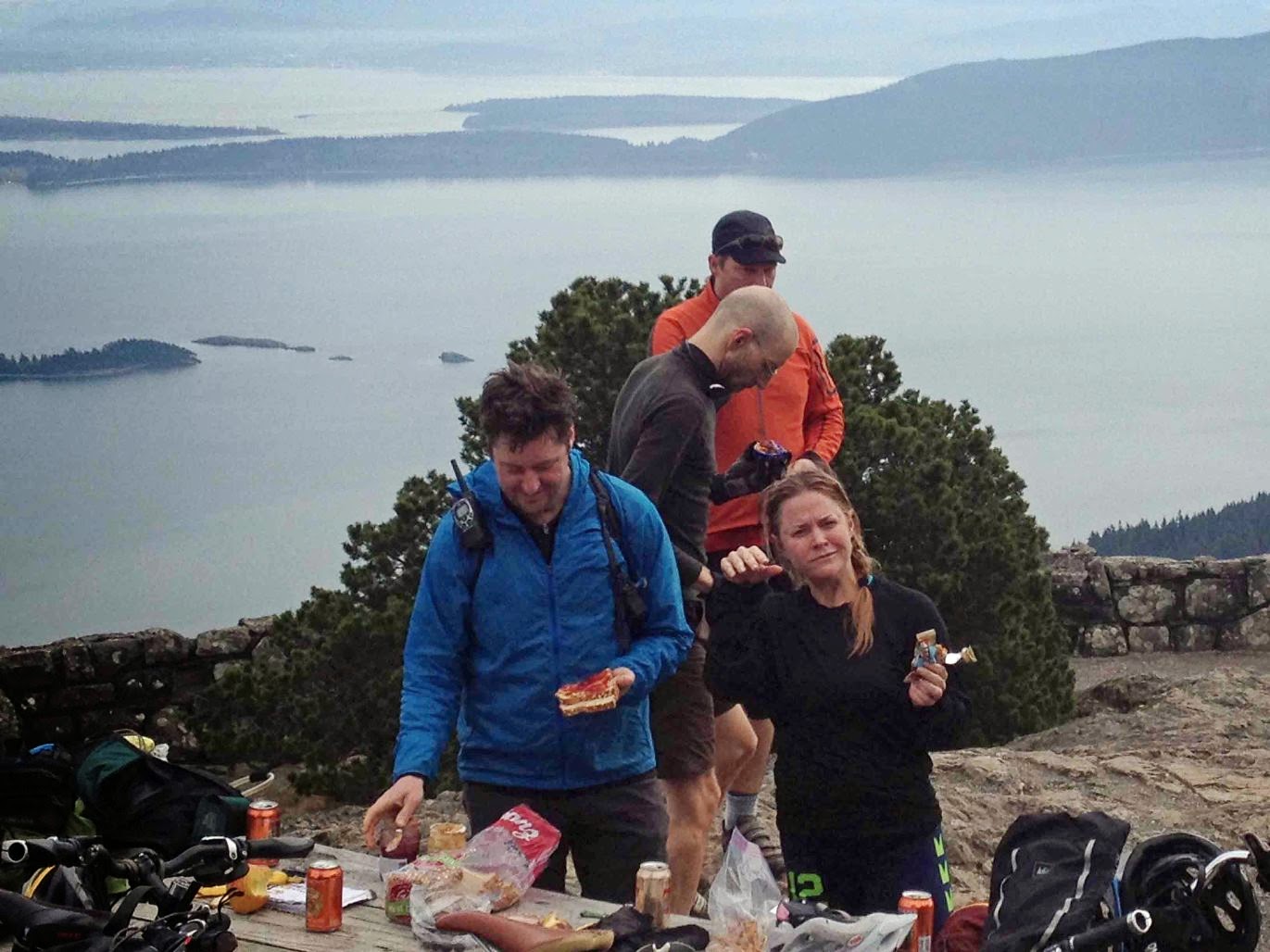 Why we go when we do. 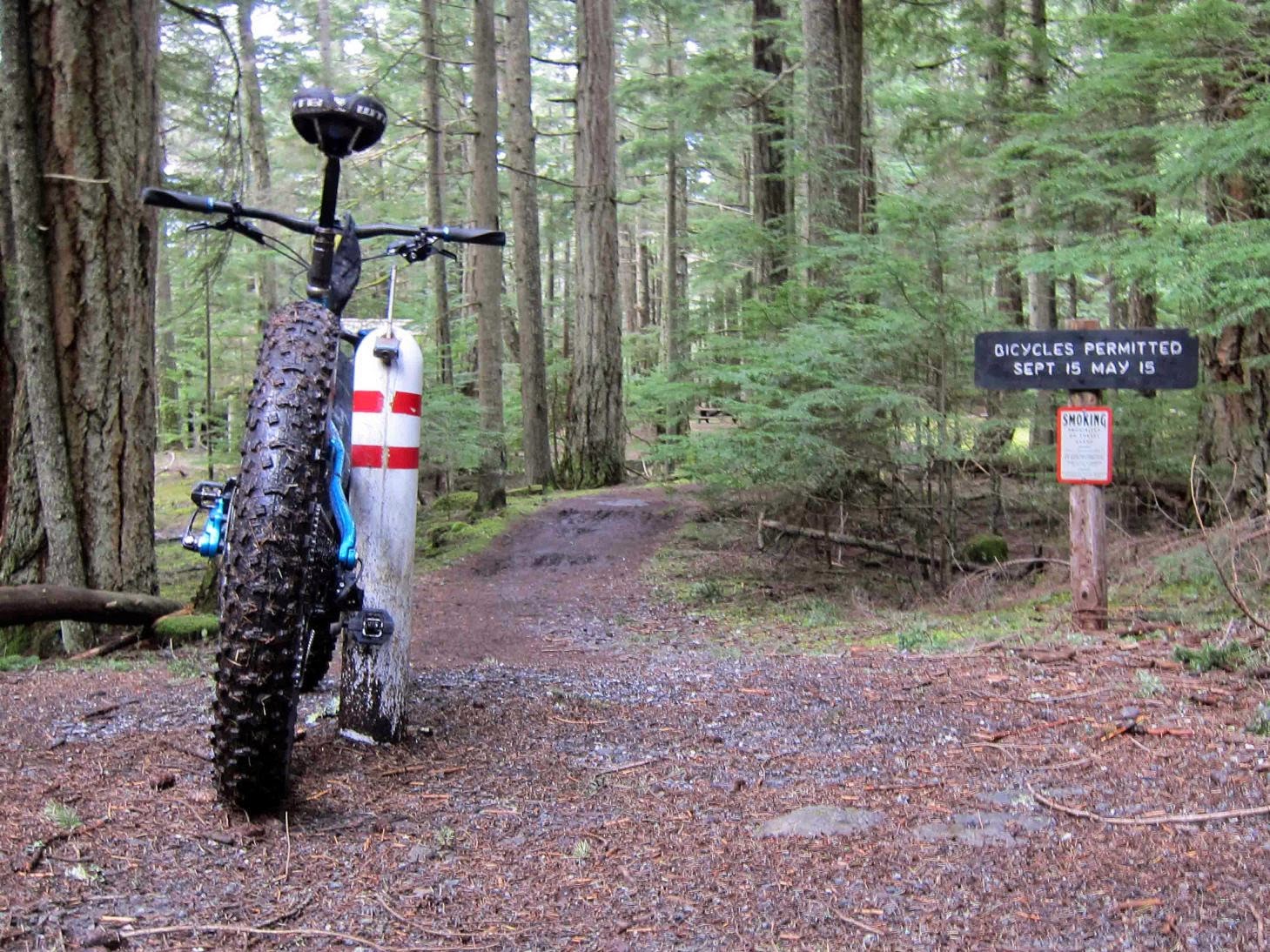 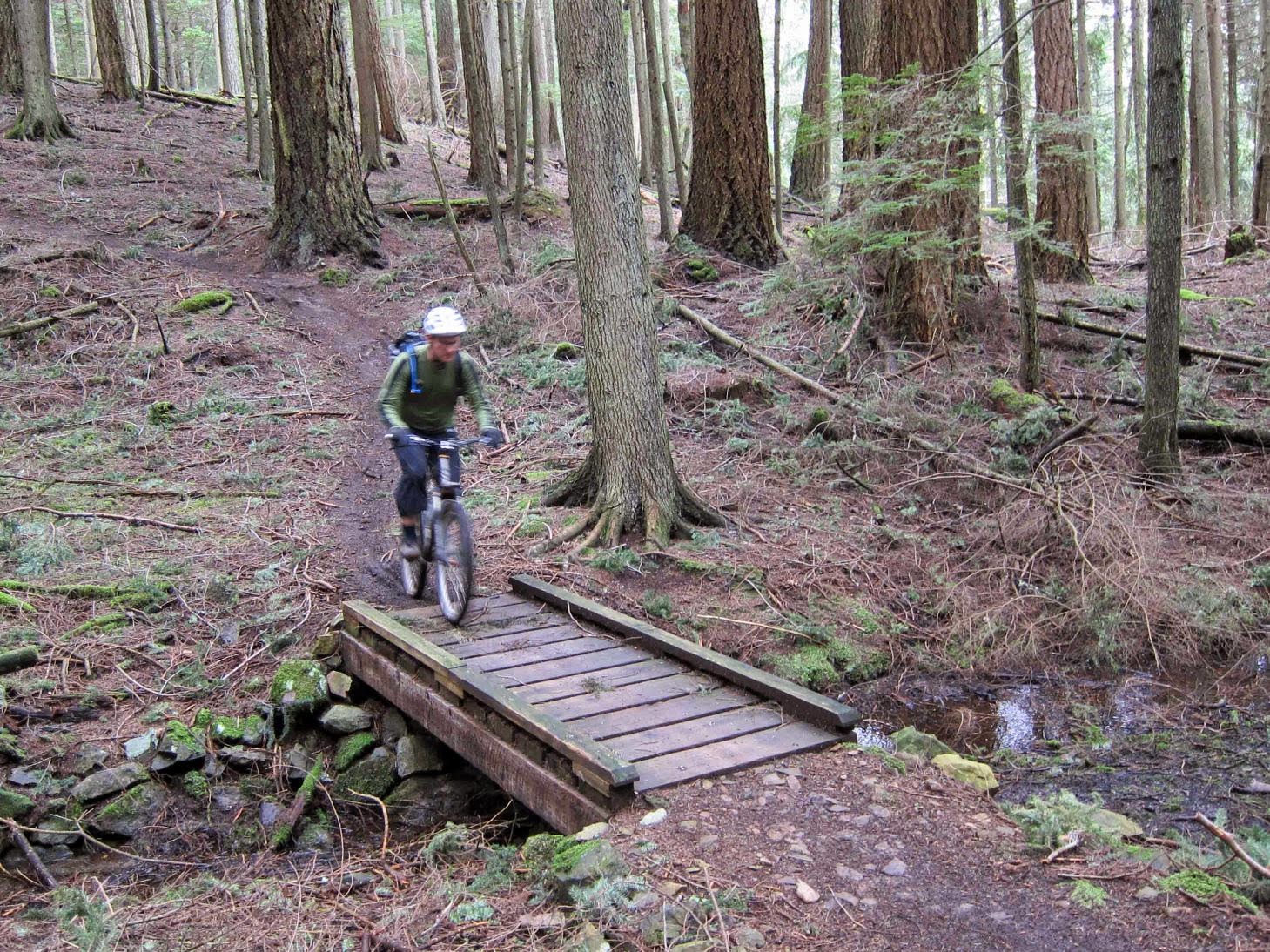 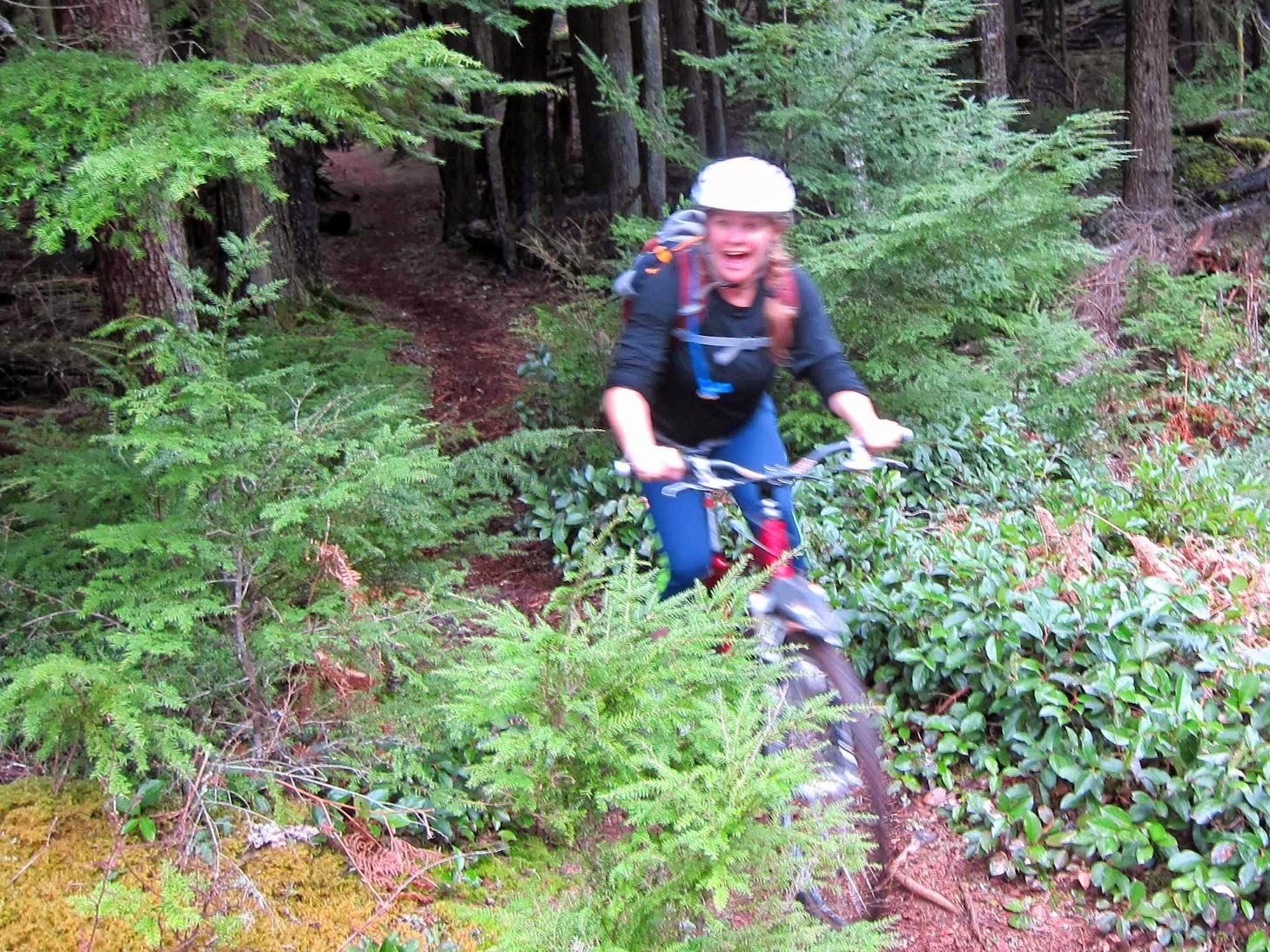 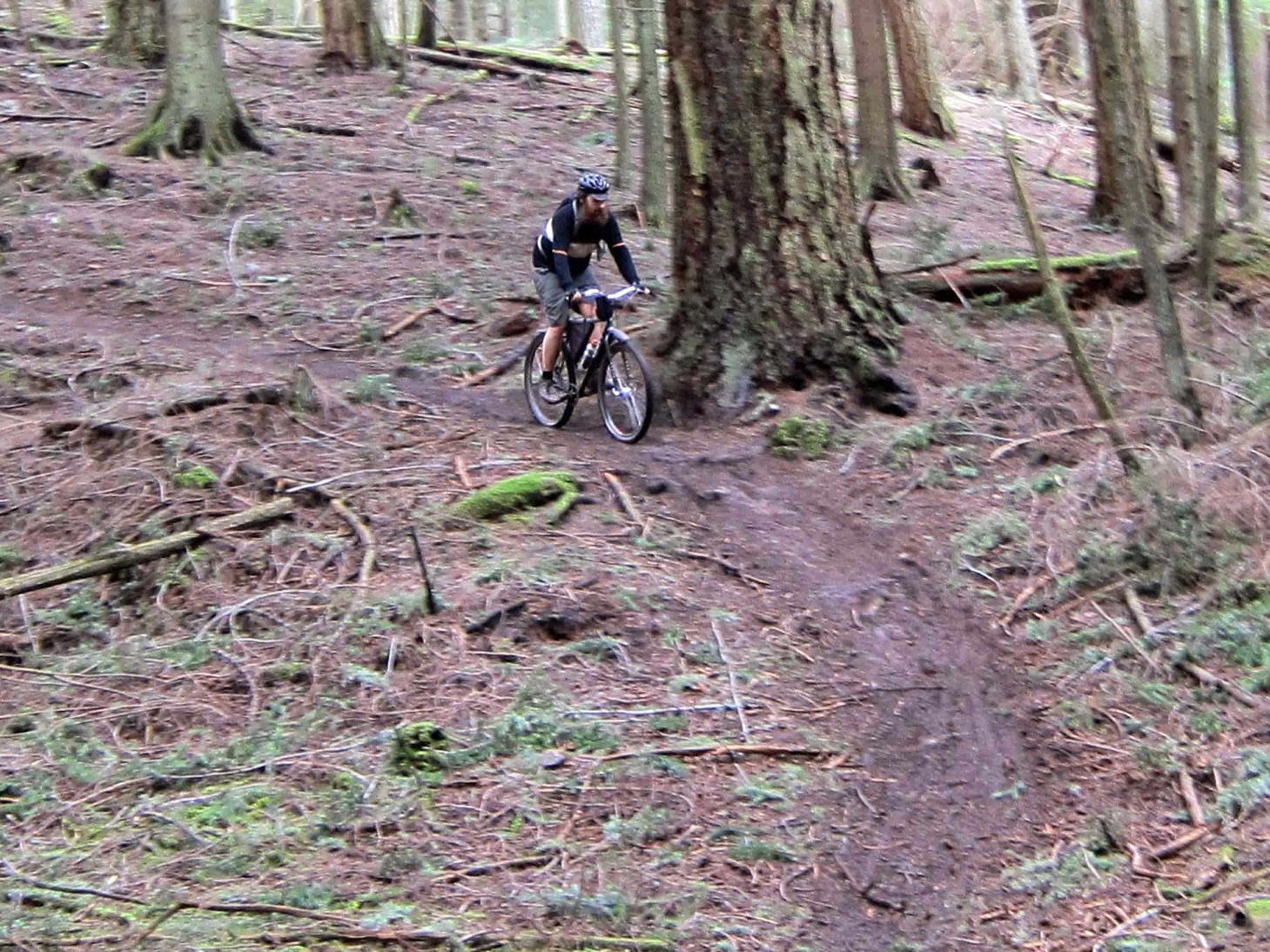 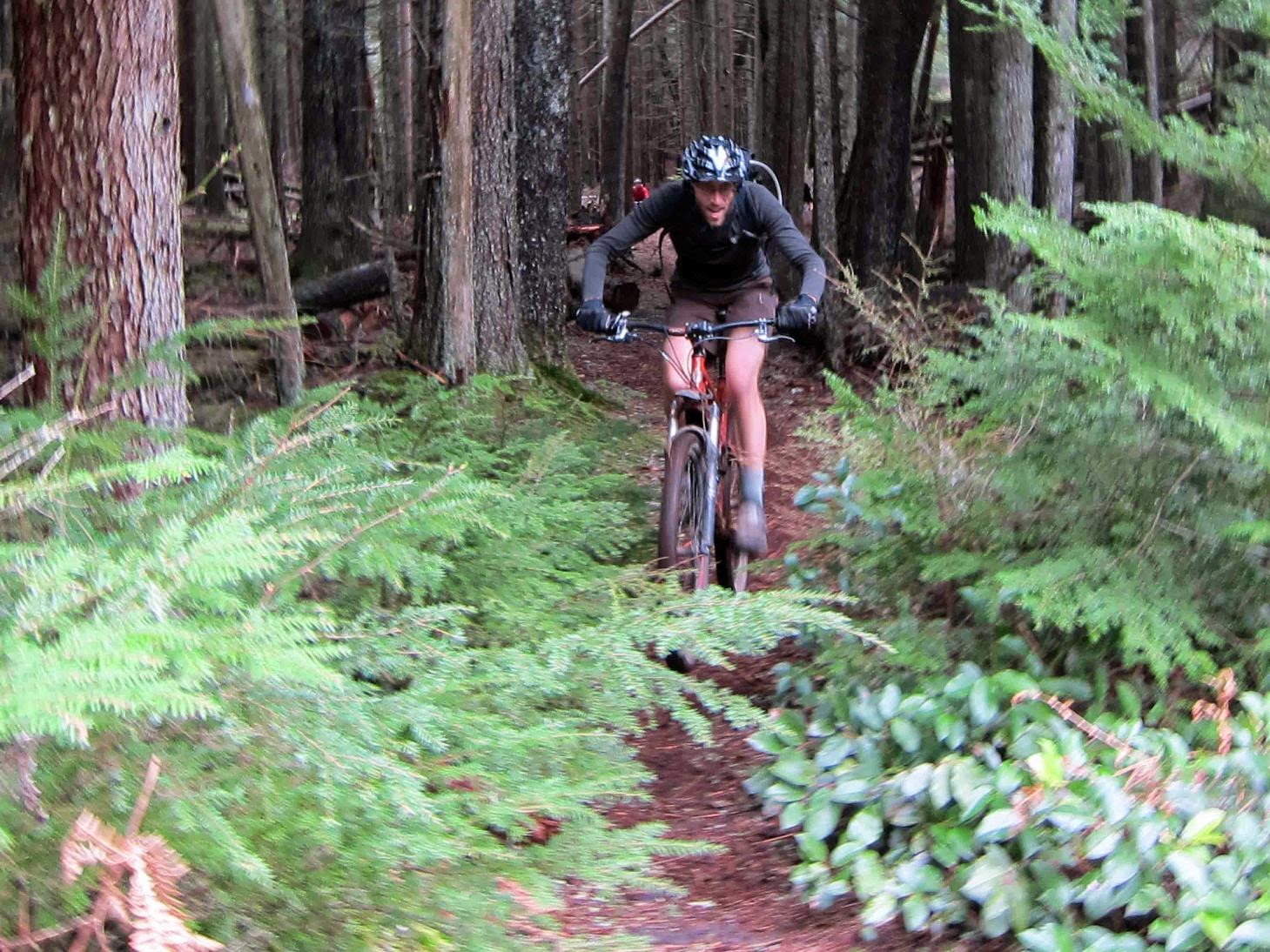 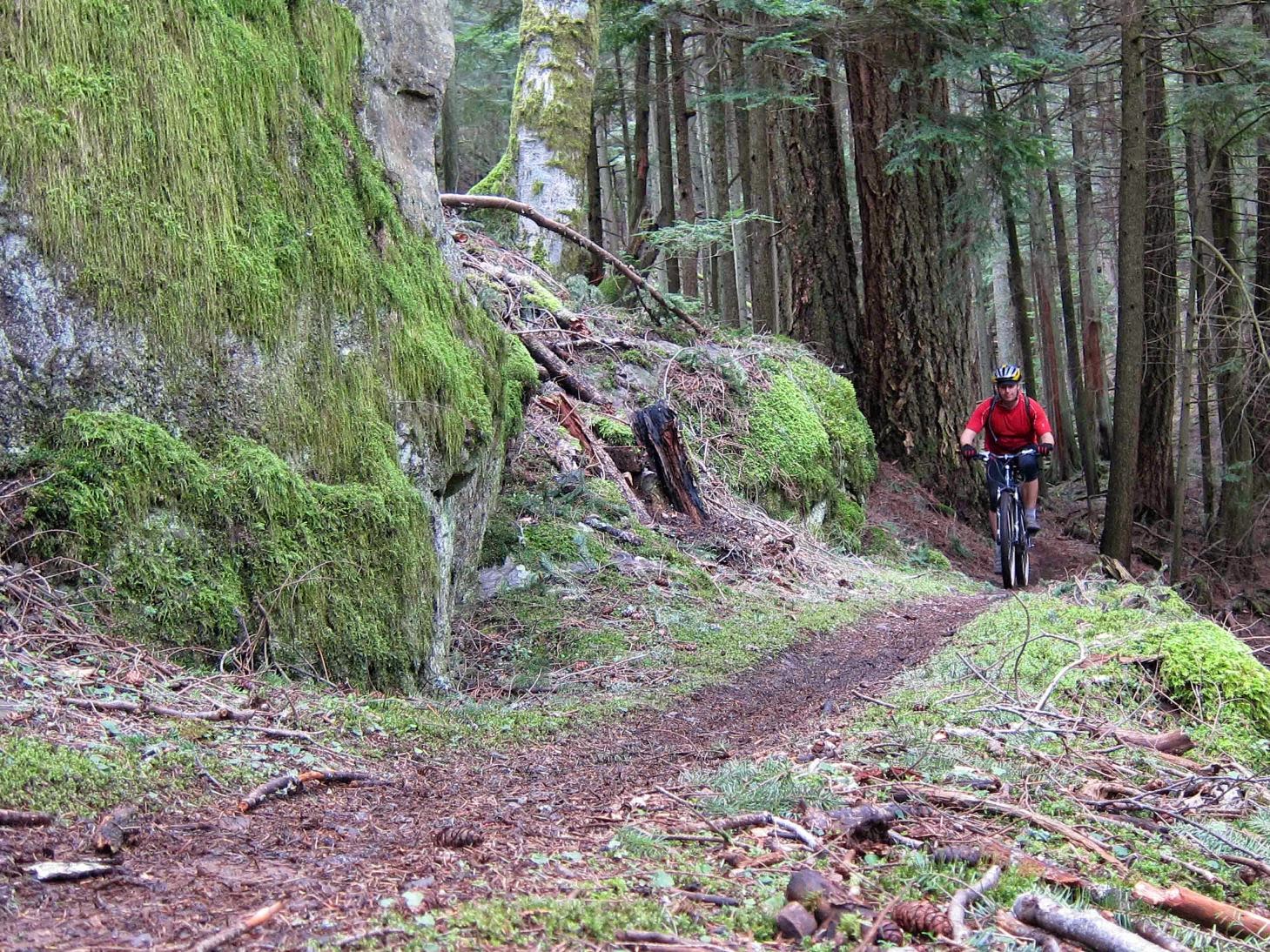 John, who can scare up a flat pretty much anywhere. 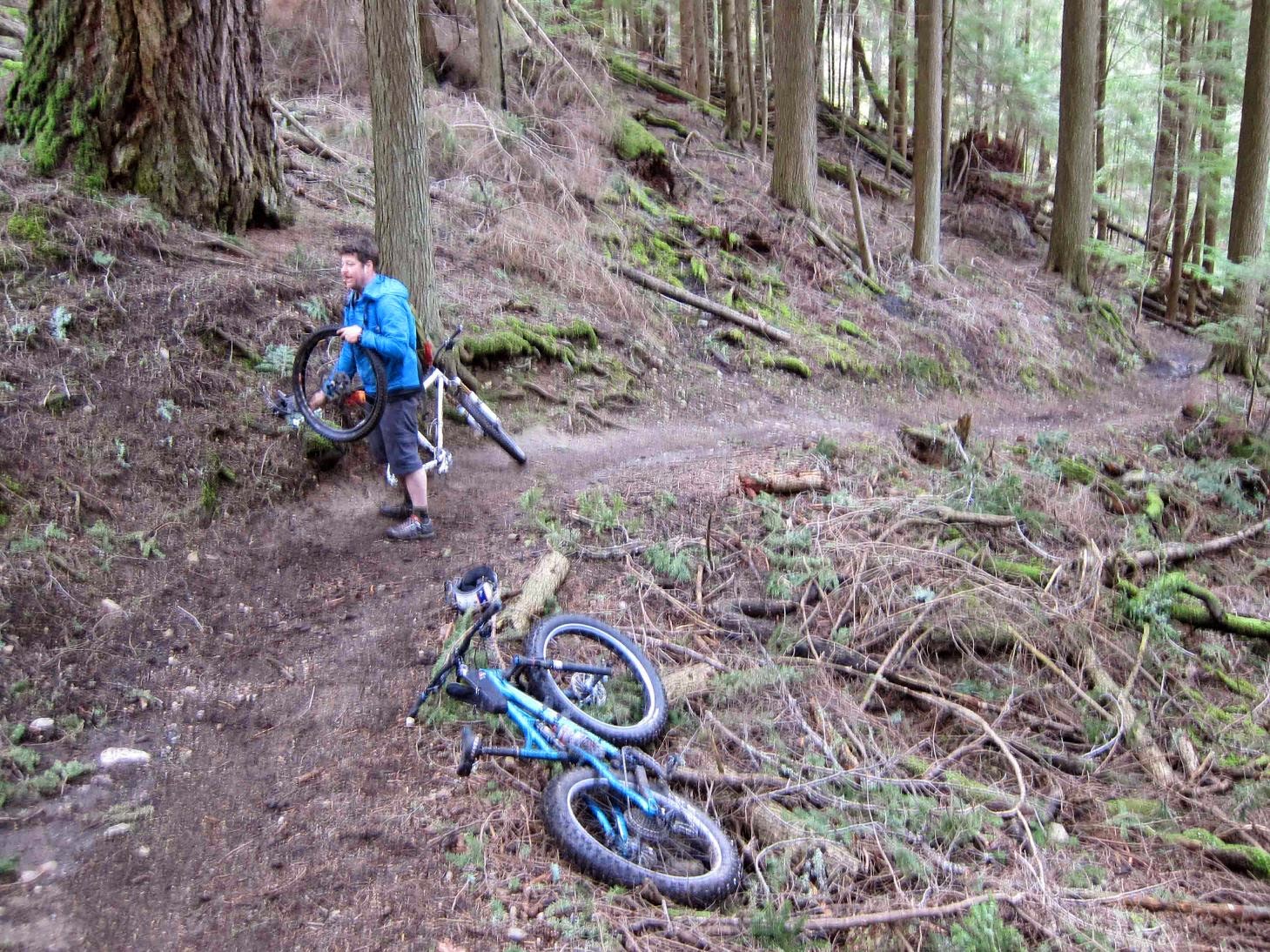 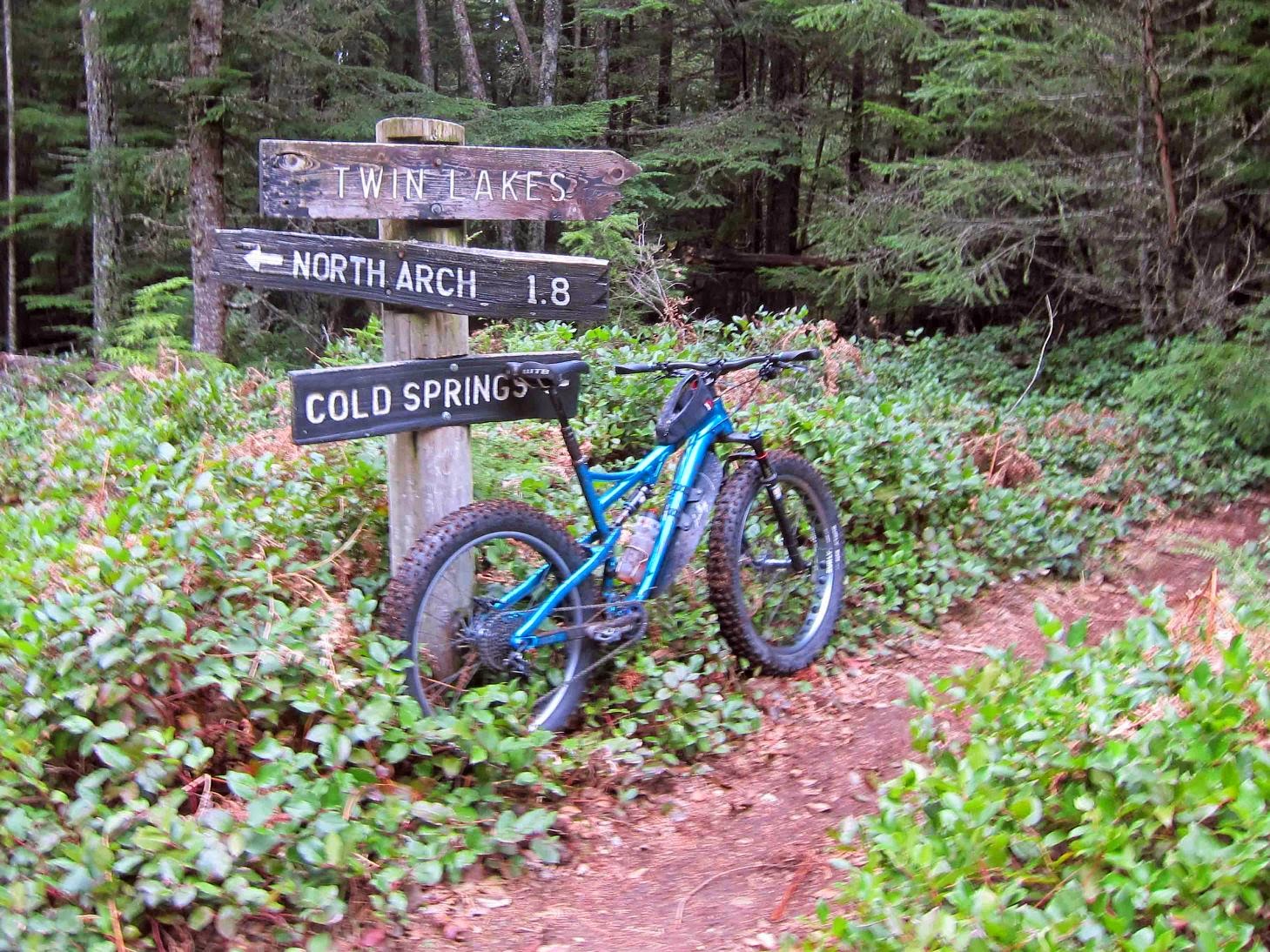 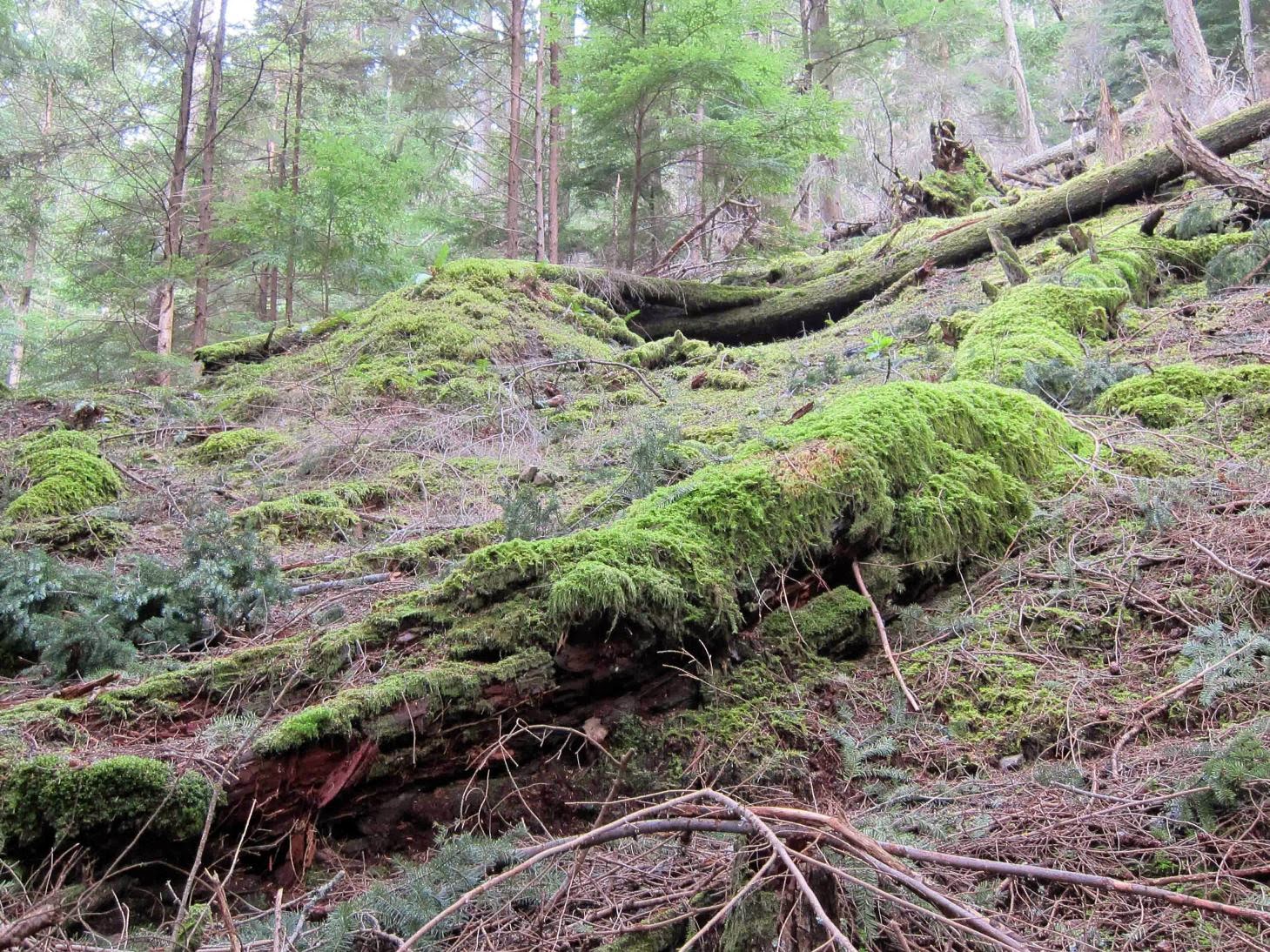 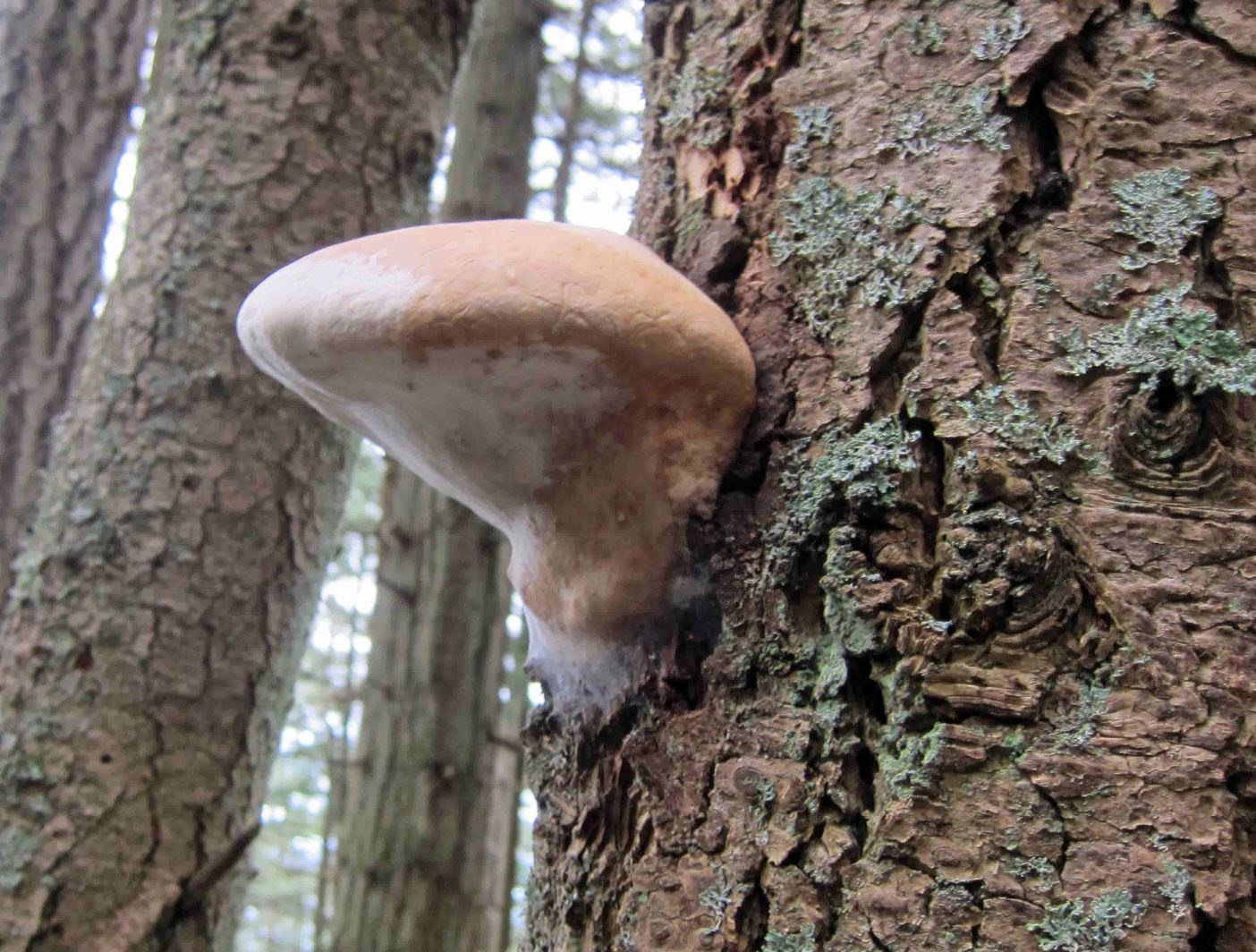 No great bike adventure would really be complete without the shot of everyone-sitting-around-watching-one-guy-deal-with-a-mechanical. 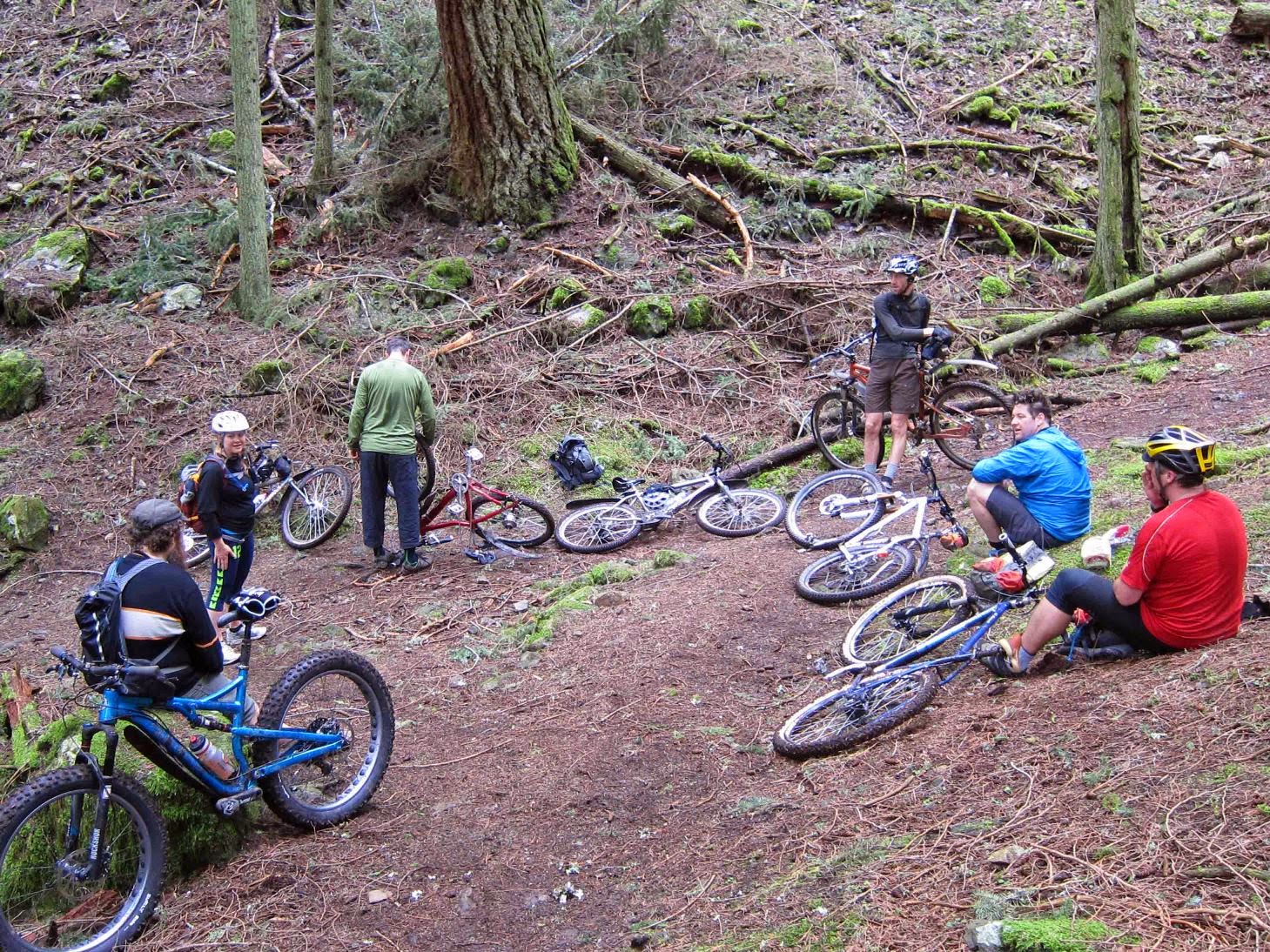 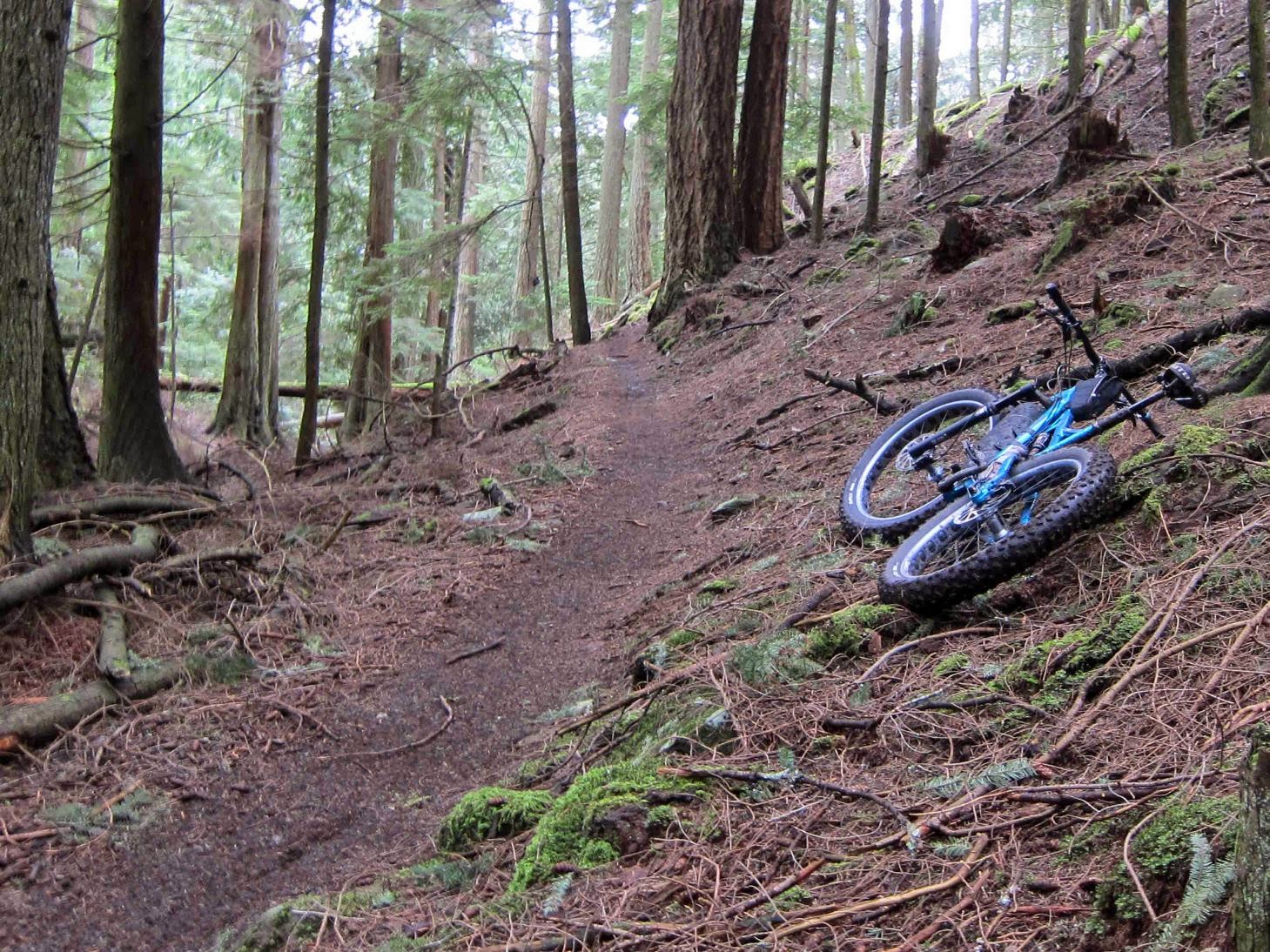 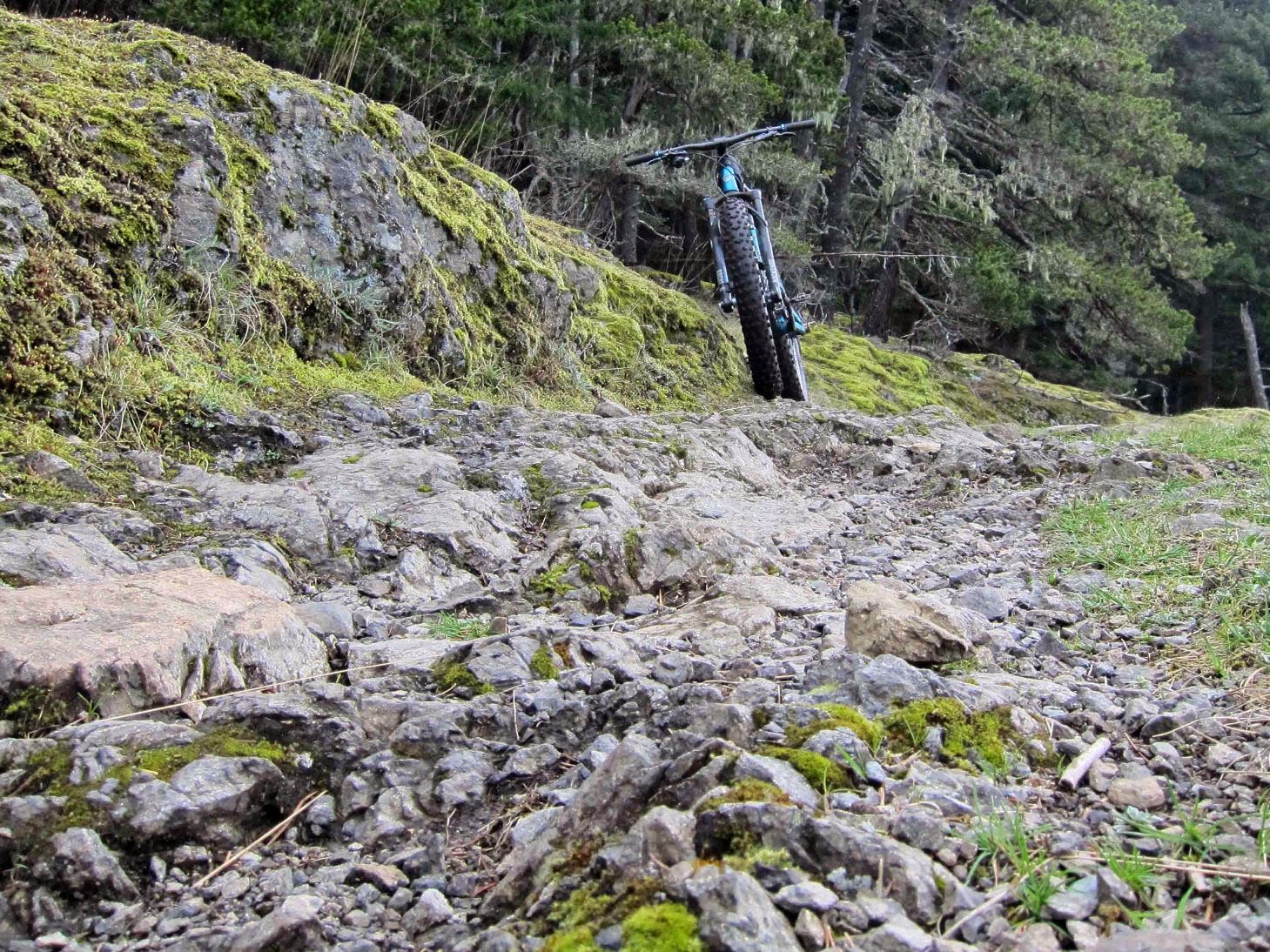 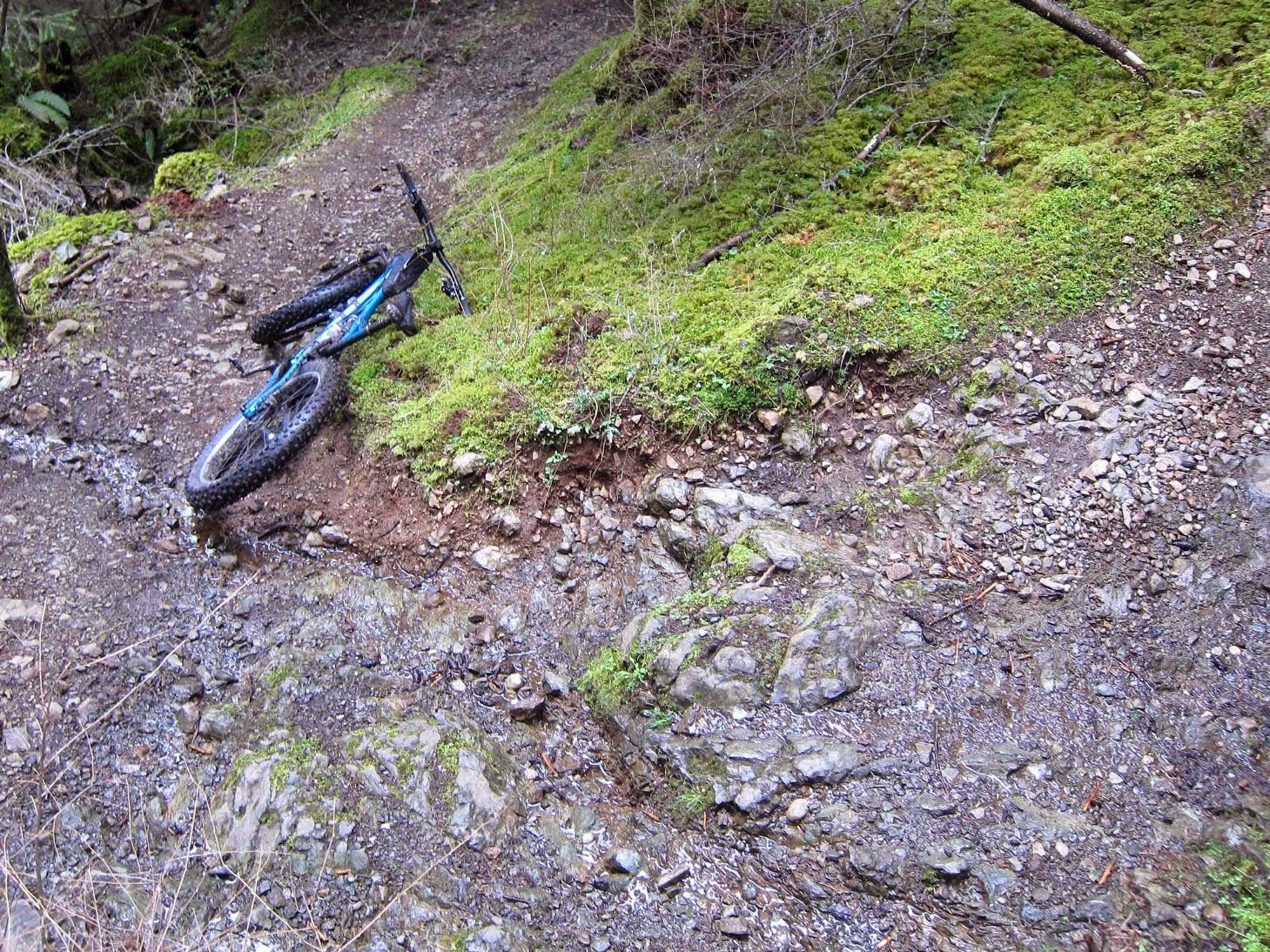 Okay, feel free to stab me in the retina with a fork.  I know I deserve it.  But damn, I had so much fun on this bike, on these trails. 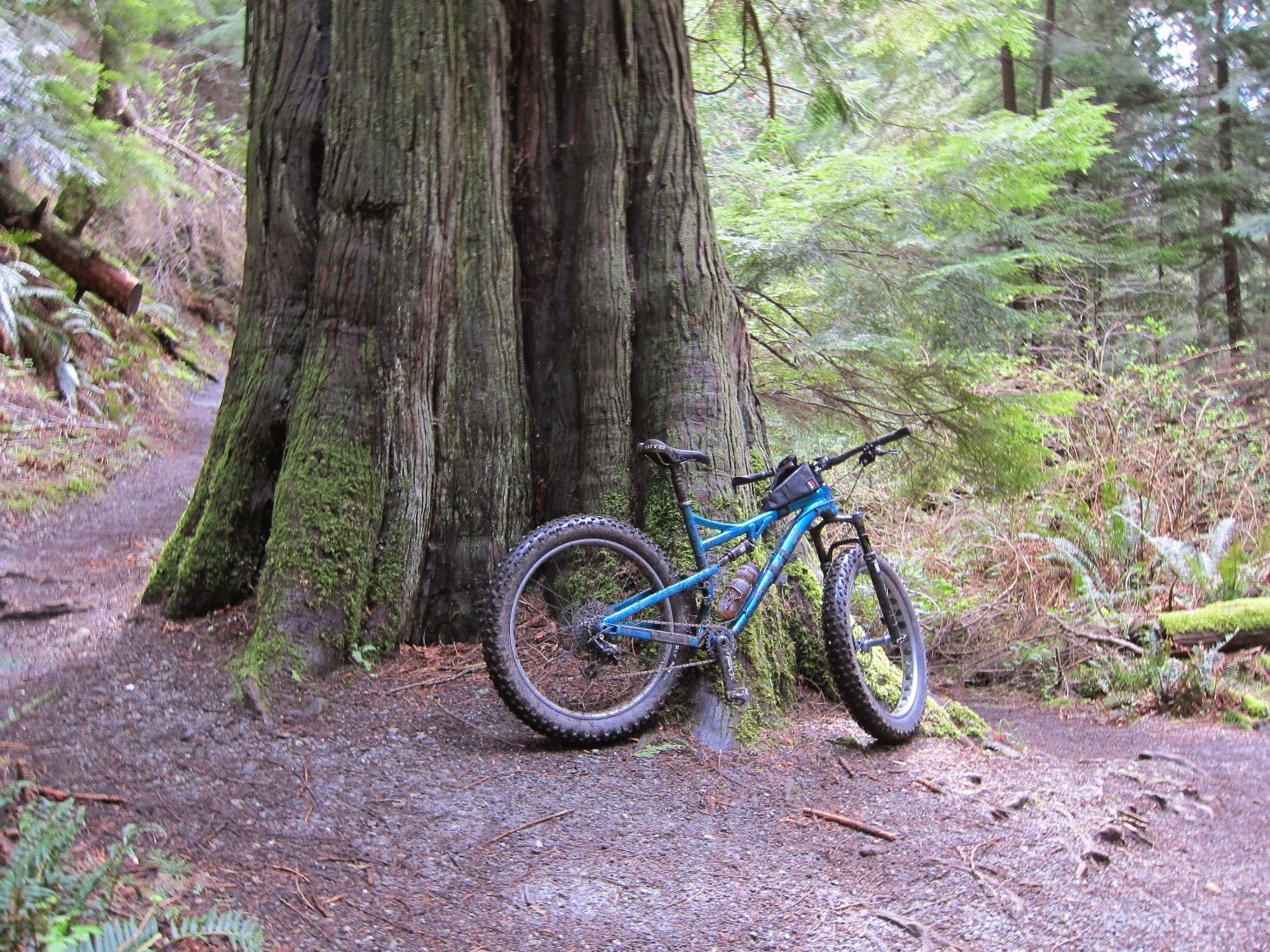 Freaking glory.  Hero-man-John chilling with hero-shuttle-capitan-Bets and new-bro-friend-Ben, who's waiting for lost-friends.   Hero-man-Pat-S manning the shutter.  After our 2nd or 3rd or 7th hero-run down the hill.  Who's counting.  Hells yeah.  Shuttling is the absolute bomb. 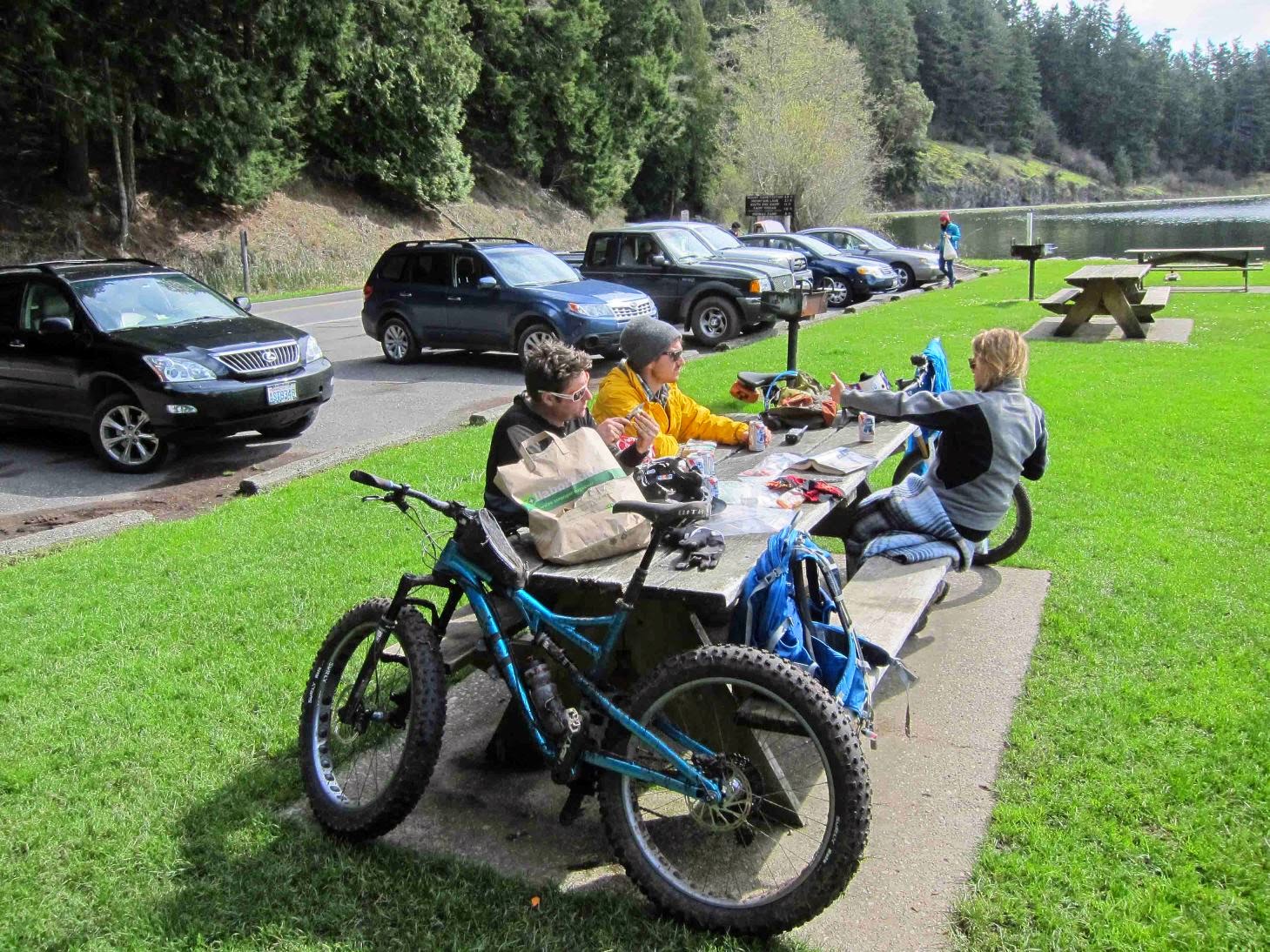 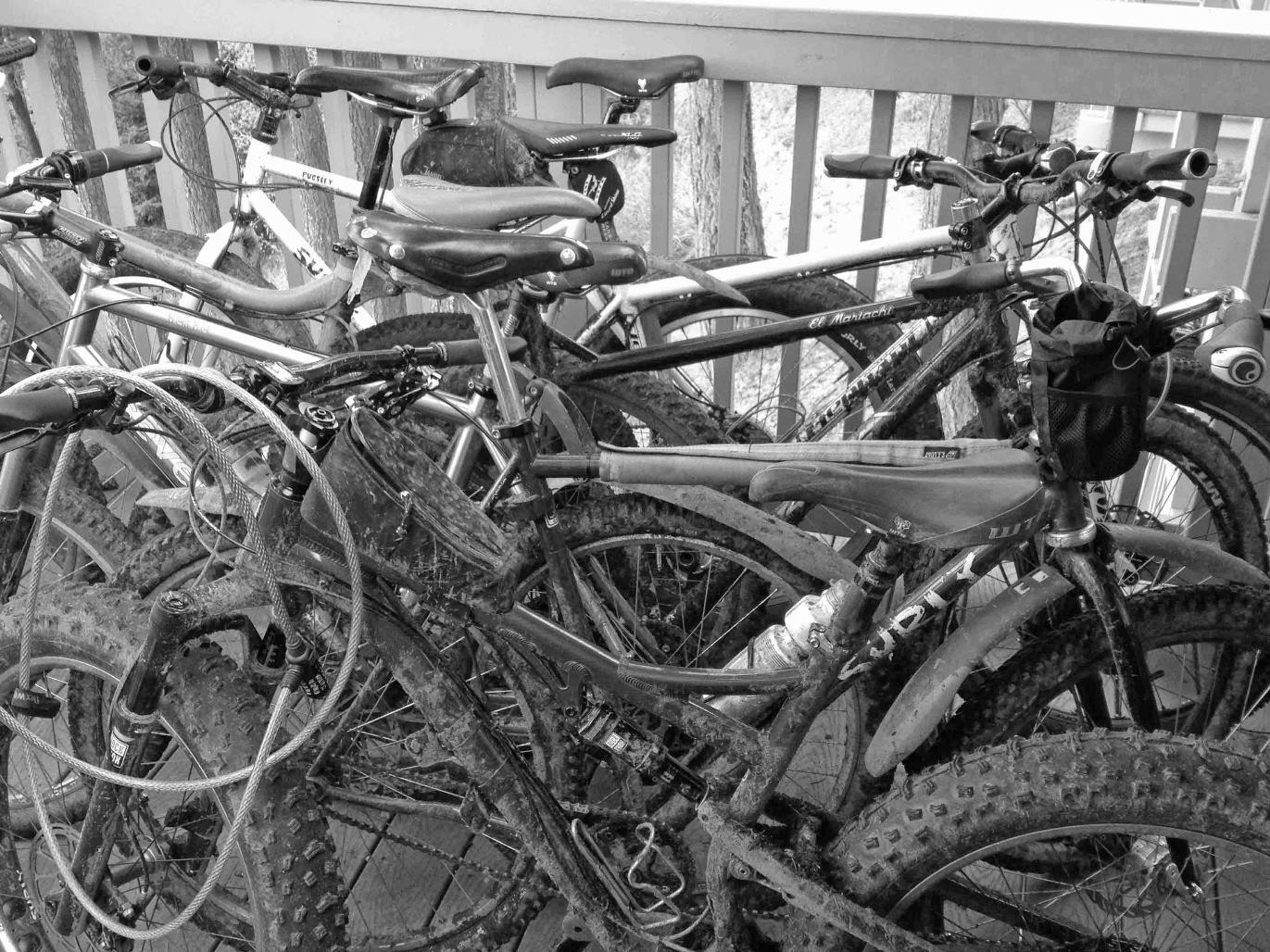 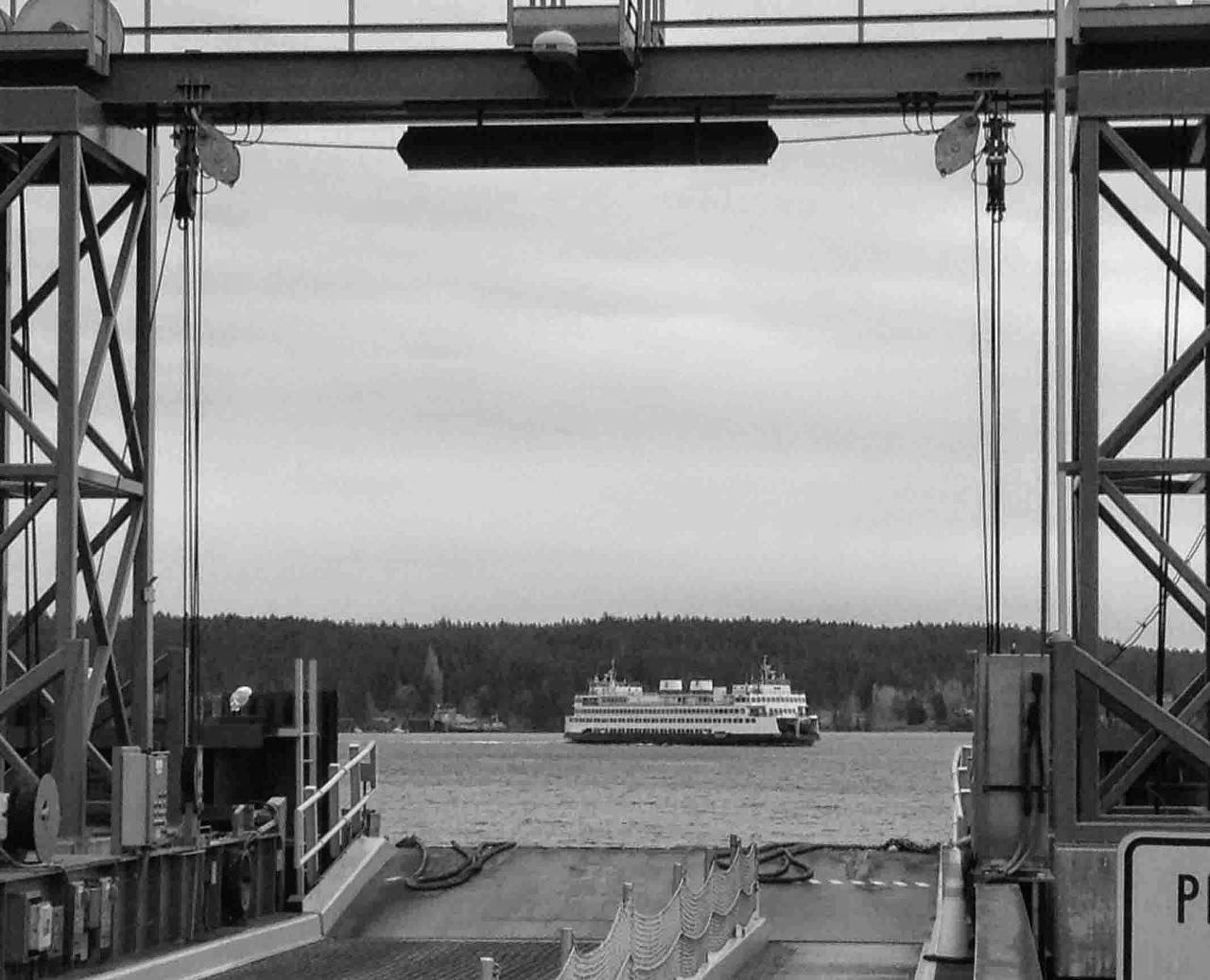 Look, in-all-seriousness:  It was such a privilege to hang out with a bunch of insanely-smart, seriously-witty, spleen-busting-funny dudes and chick, and also ride some of the best shit ever.  What a freaking great weekend.  I am such a lucky bastard.

Oh, and we avenged our happy-hour-loss by spending all our drinking and food money in town.  Just sayin', Rosario.
Posted by Pat S at 12:45 AM

I would love to see an interactive, GPS-based app that displays every place John has gotten a flat. You'd simply bring up the app in any given locale, and on the map, little icons of him fixing the flat would appear. And then you could click on the icon and it would give the apparent reason for the flat...

Word. The apparent reason for this particular one was a tubeless burp-out.

There's only so much storage space on the internet -- it may not hold all the location and related data for my flats.

Another bro got a pinch flat and I gave him a tube -- it had about 4 patches on it. he was thankful... only because he had no other options.

He gave me his snake-bitten tube in exchange. Alex patched it that night. Then i burped the tubeless the next day and attempted to use the alex tube. he expertly patched the snake-bite, but there was a smaller pin hole leak that i had to fix on teh trail. Which lasted the day.

then it was flat when i got home. so i patched another pinhole two days ago and rode.

It's (of course) flat as it sits in teh garage now.

you have just wasted a lot of time reading about the minutia of one set of flats. imagine thousands of such descriptions in the app that Stine proposes...

i want to point out that "Gratuitous Bucksaw Porn-Shot-3" is about 20 yards from the switch back that attempted to kill betsy last year. And was the observation site alex used to identify a suitable helicopter landing pad should it be required.

Great stuff. Love the photos. And the dialog-very groovy.

Get all your favorite alcoholic drinks on Duty Free Depot!

It has been said that any bettor needs to look at this,

Watch this now or stop betting on sports...

Start following our signals right now & gain up to 270% per day.