I'm having a hard time disengaging myself from the Quilomene.   Climbing out a coupla weeks ago amidst the adverse conditions turned out to be a pretty big, impactful deal for me.  Obviously.

A group of rad, capable friends/acquaintances is out there right now, three days into a four-dayer, as I type.   They are for sure having some type of a significant adventure, because there is no way you can go into that area and experience anything even close to mild.  Aside from maybe a windy night last night, the weather appears to have favored their trip and I suspect they are doing quite well.  I think they number five, and if that is the case, they could be having quite a party in Whisky Dick Bay at this hour, if they found and have decided to consume all the beer we stashed, which would result in a fairly impressive alcohol-to-rider ratio.  Giddy-up, Quilomene cowboys & cowgirls!

I'm experiencing a bit of regret that I'm not out there with them, but you need to be in the right frame of mind and have your batteries pretty fully charged before you head out there, and I had neither of these things going on.  So I'm good.  I hope they're having a blast.

Chances are very slim that I will get out there again this year.  At the rate our Spring weather is progressing, the rattlesnakes and big heat and lack of water will be upon the area in a matter of a coupla weeks, and I'm really not at all interested in battling any of these elements.   But I've been out out there twice already, which is pretty damned satisfying.  The place is so amazing. 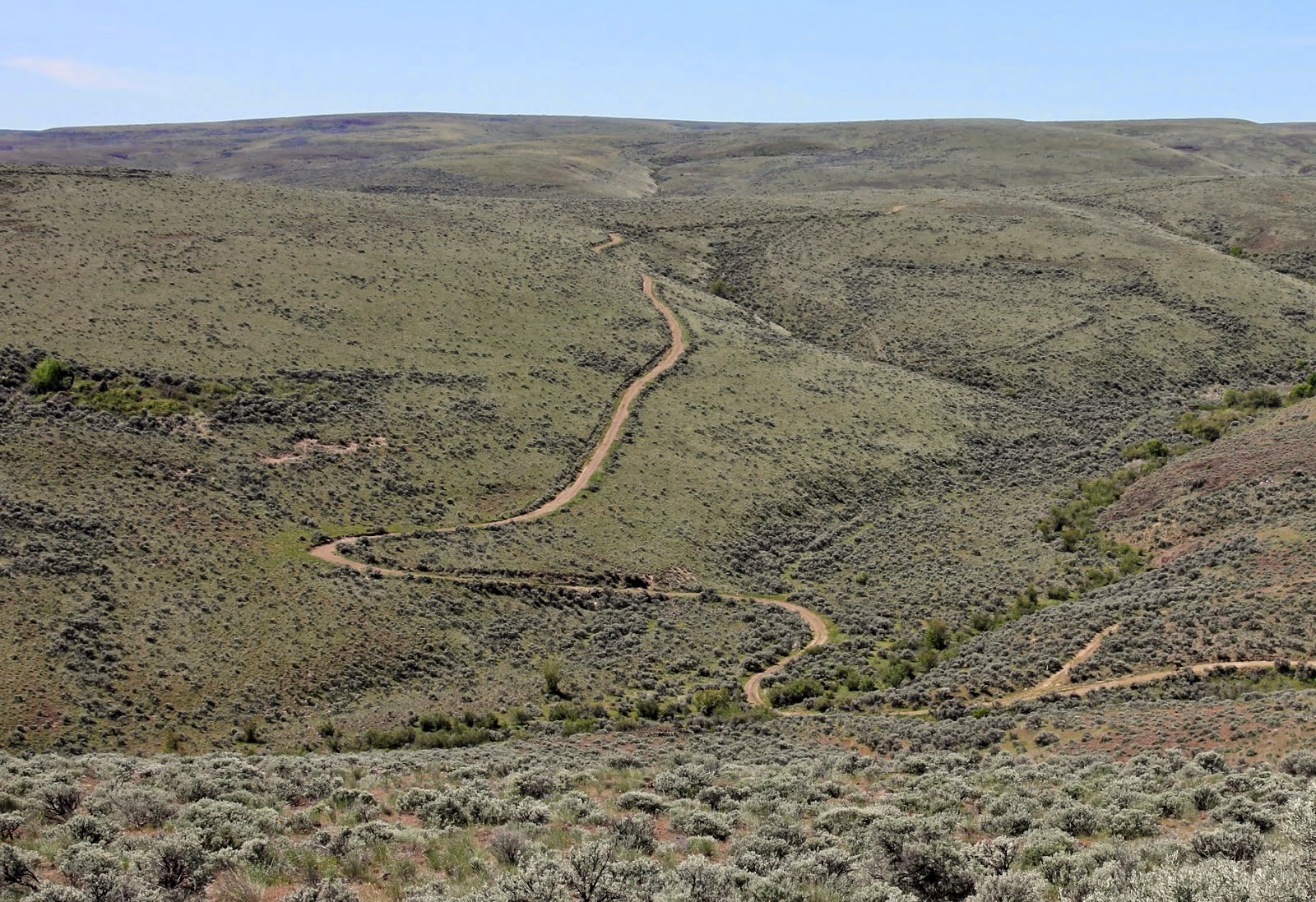 In closing, I'm linking to Scott's blog posts from our trip two weeks ago.  In following his blog over the past 2 or 3 years, I have come to really dig his perspective and style.  His writing is raw and supremely honest, but in a very subdued and laid back manner, that is laced with his awesome dry humor.

As you may well ascertain, there's a certain bond that developed over the course of an eventful weekend between a couple of dudes from Eastern Washington that happened to go for a ride together.

I'm gonna try to let go of the whole deal about my latest experience in the Q now, but man, I don't think I can ever let it completely go.

Got some texts from Shawn and saw Randy posted some photos over the last couple of days and other than some cold nights it looks like they had perfect conditions on this trip. They got lucky

Right on. Good to hear.

Thanks Pat. I didn't make it this trip either for various reasons, and am between regretting it and at peace with it. Managed to do a day trip on Friday and posted a report in record time: http://wileydogcycle.blogspot.com/2015/04/vantage-wa-daytrip-rocky-coulee-to.html