The Privilege Of Power

I had just gotten home from work around 7:00 this Thursday past.  I had my overhead garage door open, as I was shuttling some important nerdy hardware from my truck to my garage/shop.  Somewhere amidst this process, I heard this mildly startling, quite unnatural noise.  It was a loud, "cracking-popping" style noise, that gave me pause.  I looked around, but couldn't figure out what it was, so I logically continued with the nerdware shuttling.  When I was done, I hit the electric garage door button.  Nothing.  I hit it again.  And then one more time.  Still nothing.

Look, I might be a little slow on the uptake, but when I finally get it right, I get it right.  And I  had finally come to the conclusion that our power was out.  Smart guy that I am.

First things first, then:  Let's get a handle on whether this is a "me" issue or an "us" issue.  I'd rather it not be a me-issue, because that means something is really messed up with my old house electrical system.  Again.  I wasn't willing to face that reality unless forced to.

Cautiously looking around at my neighbors' houses during broad daylight, clues were scarce.  Not quite ready yet to play the fool by wandering next door and spitting out the age-old line, "Hey, do you have electricity?", I continued to peer through the cracks in my now drawn shades, for signs of activity in the street.

Slowly, surely, it became clear to me that I was not the only one affected.  Like I said, I may not have the quickest mind, but when there are throngs of neighbors progressing in front of my house in an east-to-west direction, on what should otherwise be a casual Thursday evening, leave it to my amazing deductive powers to conclude that maybe something is up.

So I joined the one-block procession.  Anonymously, of course.  And here is what I saw, at our destination: 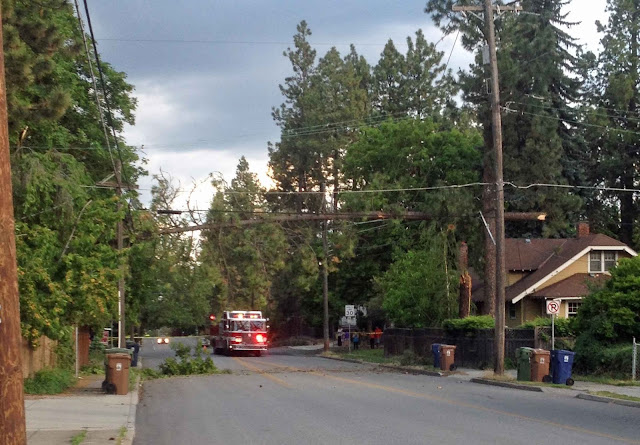 That vertical 12-15 foot high object with the scruffy top just to the left of the mustard house is the stump of the tree that snapped off and fell with precise perpendicularity across the arterial that is Bernard, thereby positioning itself in a very balanced and geometric fashion high in the air, by smartly utilizing the support of the utility wires running down the east side of Bernard, as well as those running down the west side of Bernard.  And of course shorting out all electrical functionality of said lines, in the process.

You can not dream something like this up.  It was amazing to behold.  And at the same time, the burning question in my mind is how this going to get fixed.  And how long will it take.  Panic had just now begun to set in.  I FREAKING NEED MY ELECTRICITY!!!

Desperation had suddenly become my new middle name, because I just couldn't envision that the operation of removing this bigass tree from the sky, on a windy night, made any sense at all, from the perspective of the actual needs of residents, vs the safety of the folks who would have to go up there in the dark, and the wind, and get this thing off the lines, and restore power.  I was absolutely certain that I would be taking a lukewarm shower in the morning, and that I would be unable to check my email until I got to work the next morning [GASP!]

But I would be wrong.

It took a while to get the right people and equipment staged up, but when that happened, shit totally went down.  I stayed up way past my bedtime, because I could not help myself.  It was just so fascinating to watch the process that occurred in the dead of night.  All of the following is going on between about 11:30pm and 12:30am. 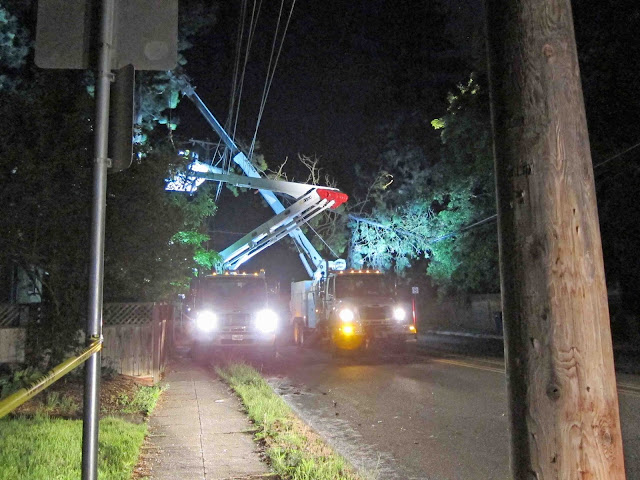 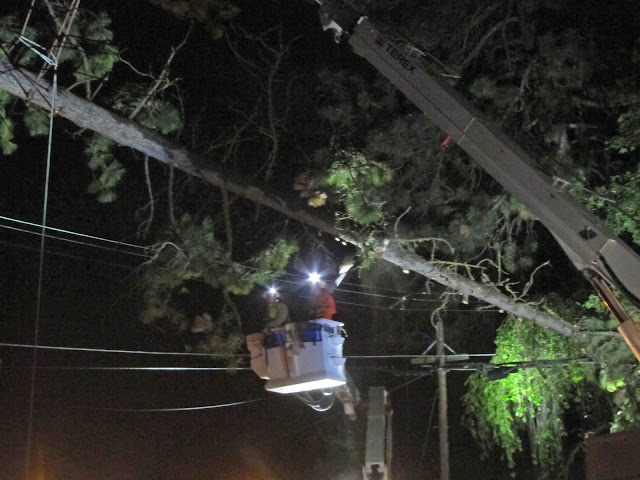 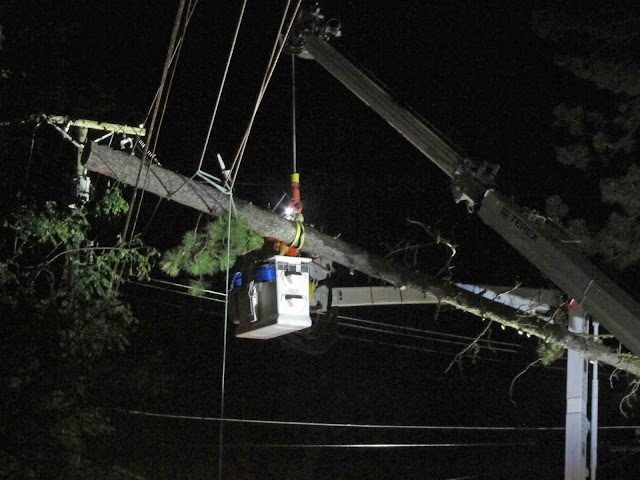 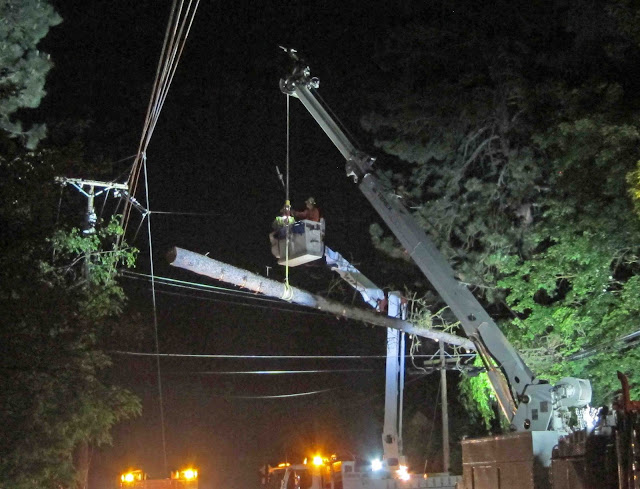 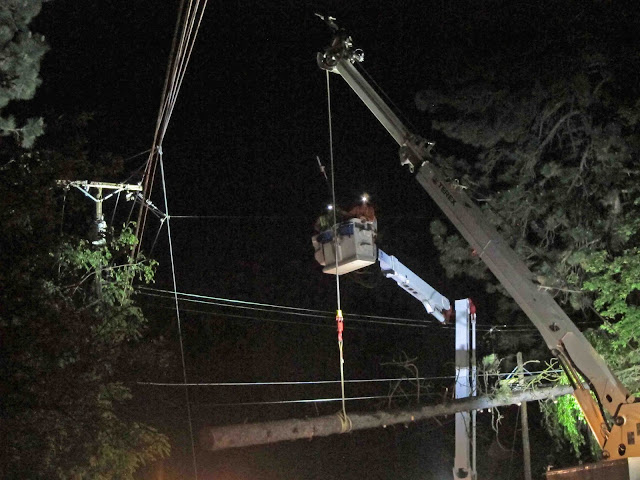 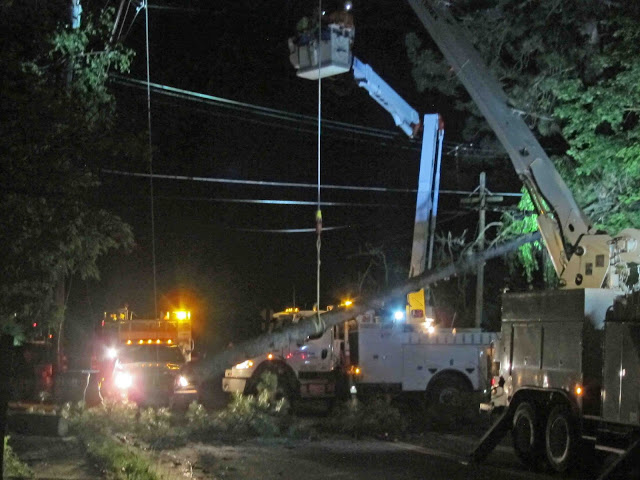 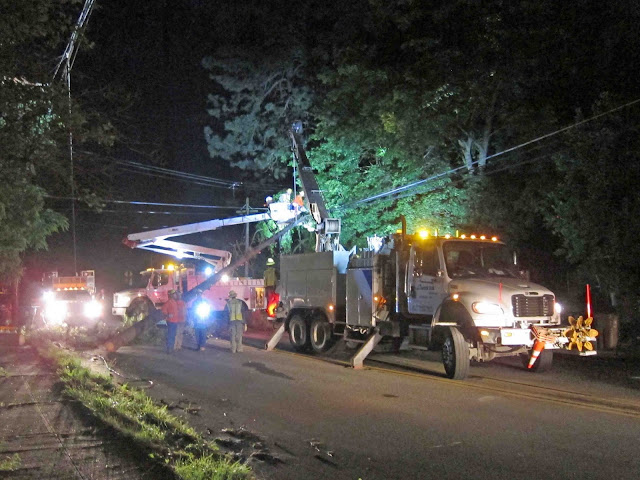 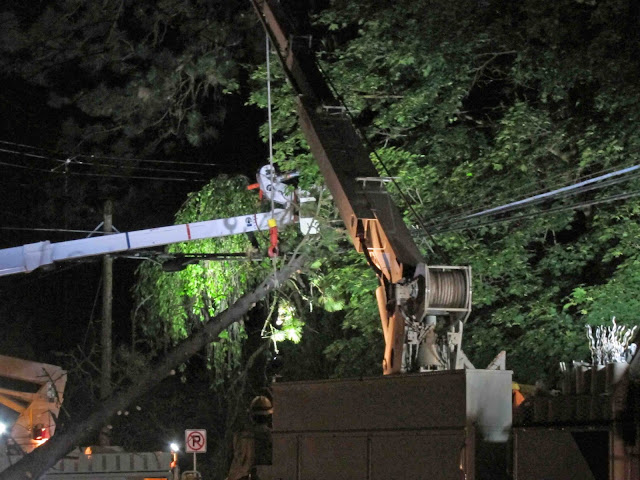 The crew was unbelievably skilled and organized.  There was no shouting or frenzy of any kind.  It was a totally chill, yet appropriately urgent, orchestration of human and big-rig activity.  I don't know who was calling the shots, but that person was smart, and experienced, and everyone calmly followed the orders that had been communicated for executing a well-planned operation to perform a task that would scare the pants off of you and me.

According to the Avista website, about 750 residential customers were affected.  Power was restored at around 3:00am.  Word.

Avista gets a lot of public criticism over rate hikes and expense and all of that, but damnit, they are super-committed to keeping us all continuously fed with gas and electricity, which is something we cannot help but take for granted because they do it so well.

Did you know that you can shorten your long urls with Shortest and earn cash from every visitor to your short urls.

Get all the best spirits and wines on Duty Free Depot!