The first stop on our tour was the Infinity Center, in Everett, for Patty's graduation ceremony.

She's been this rad RN at Shriner's Hospital for the past several years, working in the OR for the most immediate past several, looking at things every day like kids getting their spines worked on. Holy hell. I would faint about 3 seconds into this job, day after day, until they mercifully fired me.

The evolution in her profession is pretty much dictating that nurses get there Bachelor's degrees, even though they've already put in the equivalent of a four year degree to get their RN, but that's the reality. So she went back to school, in her evenings, and on her weekends, while working pretty much a full time schedule at Shriner's. In the middle of all the multi-tasking and study-stress, she was awarded Spokane Shriners employee of the year. The woman rocks.

She completed her coursework a coupla months ago and got her diploma in the mail. She had decided that walking wasn't necessary, or cool, or some such nonsense. If ever there was anyone who should walk it is Patty. An intervention was clearly in order.

During a timely, fateful visit from her sister Peg and family, tremendous, yet tactful pressure was brought to bear on Patty. After due process, she caved. Because, I think, she knew what was right.  And because we weren't leaving her much choice. 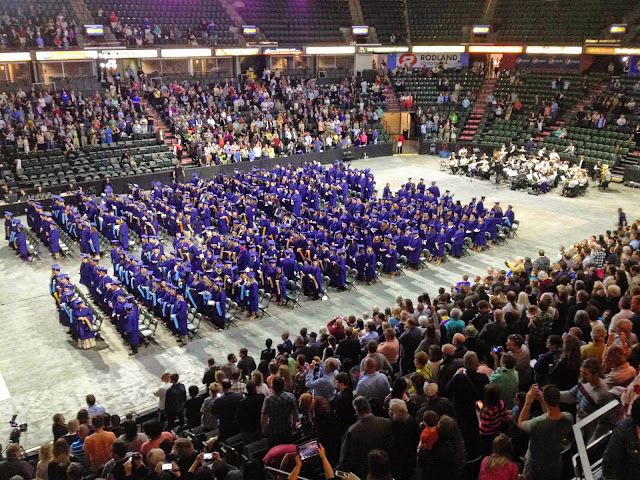 You may or may not notice how many of her fellow graduates are preoccupied/distracted during the ceremony, and how focused she is on the presentation.  Feel free to notice.  It's representative of her whole approach to the value and gravity of what she has gone after and earned. 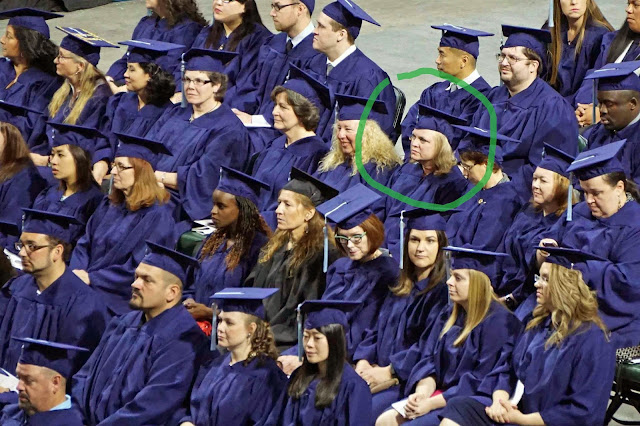 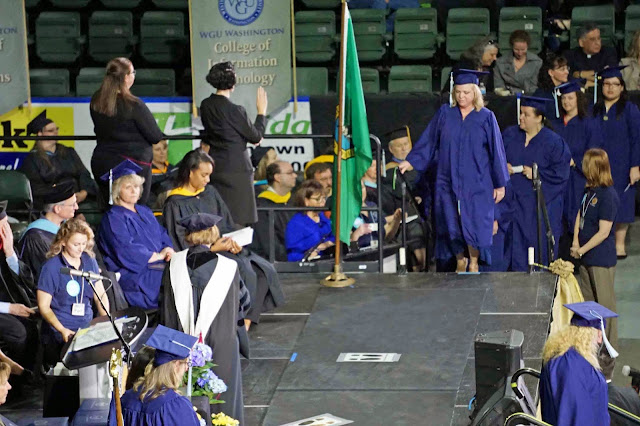 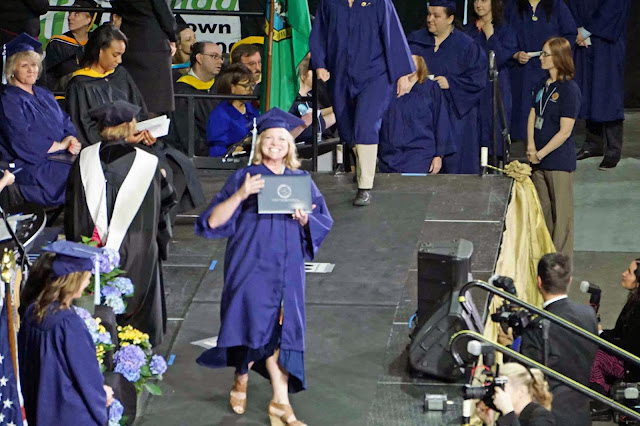 The very people that were there to intervene and get her to change her mind about walking, were exactly the same people who showed up to watch her walk.  So awesome. 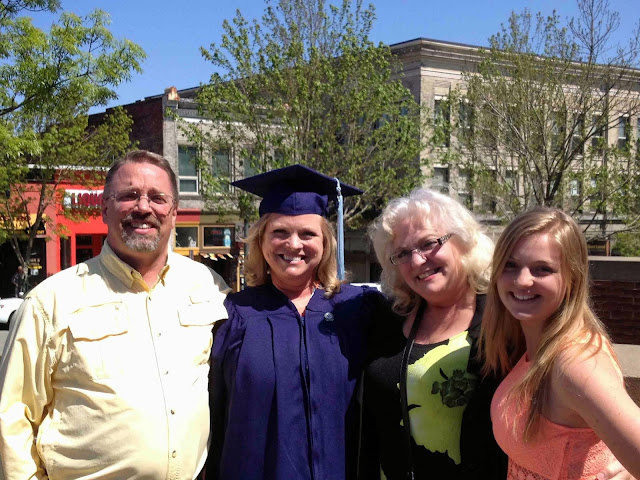 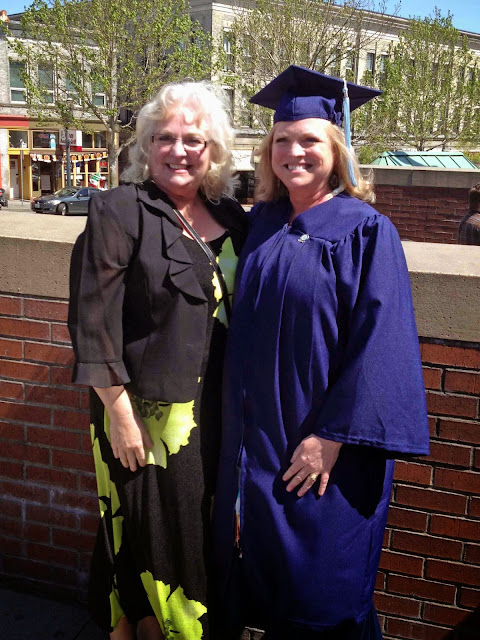 Patty and her niece Grace, who is about to graduate from HS with stellar grades and resume, and just committed to GU.  Woot! 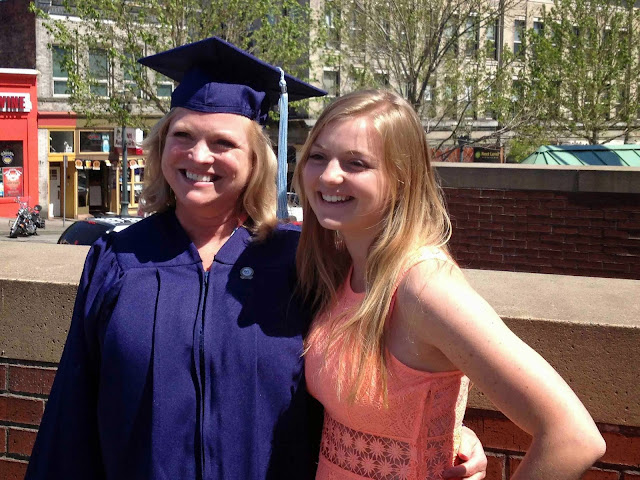 I'll not get all crazy here, but how damn lucky we are to live in a country where the limits that are imposed upon us are primarily the limits imposed by our own ambitions and not our government or culture.

It's a tremendous freedom to be able to chart your own path, but also not a particularly easy one, and I am extremely proud of my wife for what she has achieved.
Posted by Pat S at 2:23 AM