I haven't built or even thought about building a rack for months. The rack activity last fall-winter-spring was pretty insane, what with my own projects and trying to do classes. There were a lot of mornings worth of dragging my exhausted ass to work after having stayed up way too late working in the shop. The whole deal was cool and I was all crazy inspired, but by about April or May, I wasn't sure I ever even wanted to look at one again. A lot of great work got done by me and a lot of other people, but the weather was beginning to turn and it was obviously time to give it a rest and bump up the obsession a notch by constructing a pump track.

At the time I suspected I'd probably give a krap about rack-building again at some point, but I didn't know when and I didn't really care. That motivation is something that you should just let come to you, given the amount of time and energy it demands.

Well apparently, it finally did. Come to me. I had 4 or so hours of free time today and racks was how I found myself wanting to spend it, so I busted out and dusted off the gear. Honestly, I wasn't sure if I even remembered some of the important stuff about how to use it.

Turns out though, I was able to knock off most of the rust and pick up where I left off. Sort of. Thing is, I was in a way different place with my life last year than I am this, and time is currently super-premium and especially with the perspective gained from having buried myself so deep into it last time around, it's a little different activity now:

Last time, it was a lot about art; now I only have time for good structure and good function. I still want things to look good, and they will, but there's no time for fussing with the fine stuff. I wish there was, but there just isn't. No full-sized computer-generated layouts. Simple sketches will do just fine. 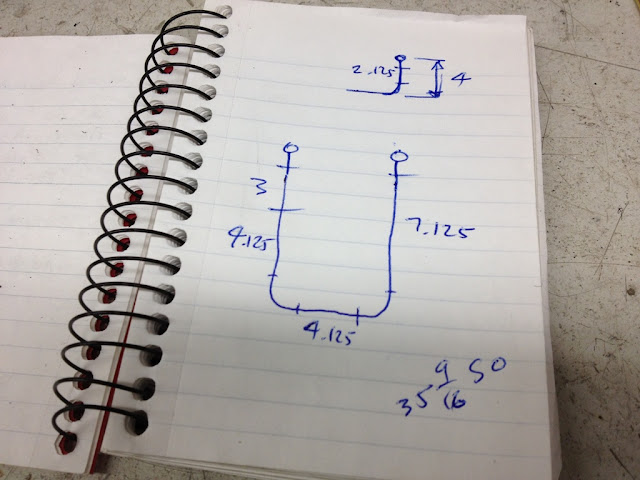 A lot of hours, thought and energy went into the 'o-matics. Designs that were pretty successful and details that won't ever have to get re-hashed means that getting them out was pretty sweet. They're down and ready. 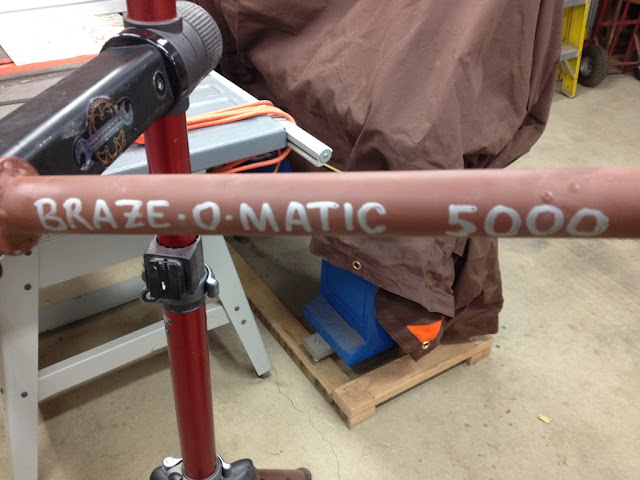 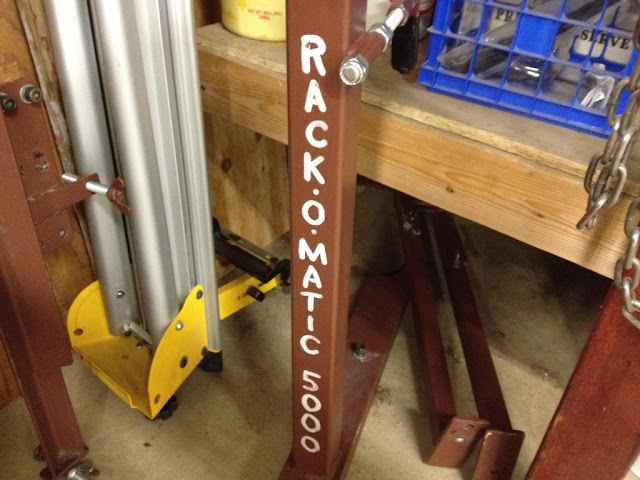 This is the end result of 4 hours of rack time. 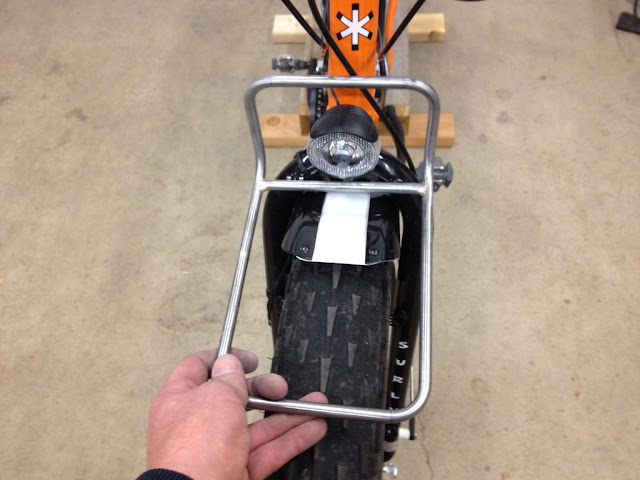 It's not particularly pretty, but it's good and square and very sound and that's mostly what I care about. I don't know where the many other hours to get it finished will come from or how I will be able to help other people build racks, which is important to me. I just have to believe it will all somehow work out.
Posted by Pat S at 11:11 PM

When you get it in you to do another, remember that I'd love to have a mega-rack made for my commuter bike. "Mega-rack," as I define it, has to hold 35 pounds of dog food, a backpack filled with clothing, and at least one bag of groceries all at once.

Awesome to see a rack being built again. It's such a cool skill it'd be a shame to let it languish.

Jan pointed out to me that a lot of herse racks weren't exactly straight. Just saying

Alan, as long as it doesn't have to look particularly good or be particularly light, we could definitely throw down on a dog food hauler. We should talk.

Rory, that's some damn fine company to be in, when you put it that way.

Justin, you need a custom, built-by-self rack. You just do. We should talk.

That is quite the tasty little front rack. I should see about getting myself one for my Crosscheck one of these days, not that I can afford it, let alone the bag to go on top.

Find Out How You Can Master Your Habits And Reprogram The Subconscious Mind To Get Any Result You Want In Your Personal Growth and Fulfillment!