Studded Up, Platformized and Bootiful

I honestly thought we were gonna get through winter in this town without having to worry about snow and ice. I really did. It just took so long to get here that I'd somehow convinced myself that we had moved through and past it. Apparently then, I was in error.

Don't get me wrong - I'm on record in multiple posts wishing, longing, praying for snow. No need to remind me. But it was the light, fluffy idealistic kind that I was dreaming about. Not this real shit.

In the course of the last coupla days, I've been slapped around a bit and forced to deal with reality. I've hit the deck more than once. I have impressive bruises to show for it in places that you don't want me to photograph. Now I remember.

But it's not a bad thing, where my head has adjusted to - it's just where it must be:  Stud season is here. I accept  it: Freeze, thaw, freeze, thaw. Meh. As of tonight I'm back to sporting carbide. 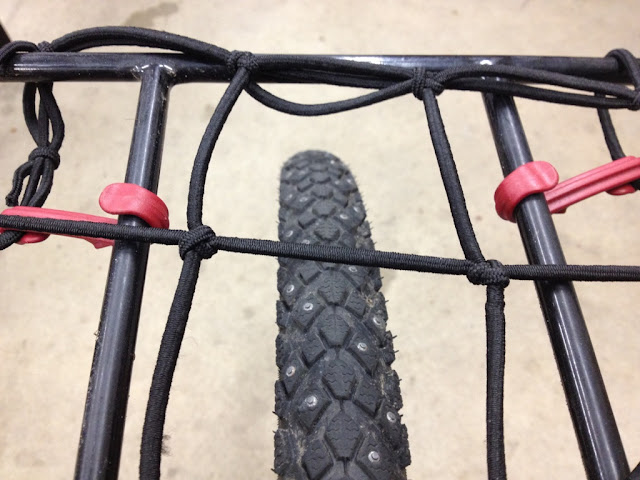 And also, in the never ending internal conflict of platforms vs clipless, my pendulum has swung way to the platform side over the last 3 days, after falling over on the fatbike a coupla times. Which I attribute to not being able to get clipped in or out fast enough.  Fair or not, I'm rolling with that excuse. So platforms it is on all my bikes for now and ever more!  Or until I change my mind.


Now that I am fully committed to flats, I needed boots with a stiff sole. Cheap bastard that I am, they couldn't cost an arm and a leg. Fortunately, they were on sale. 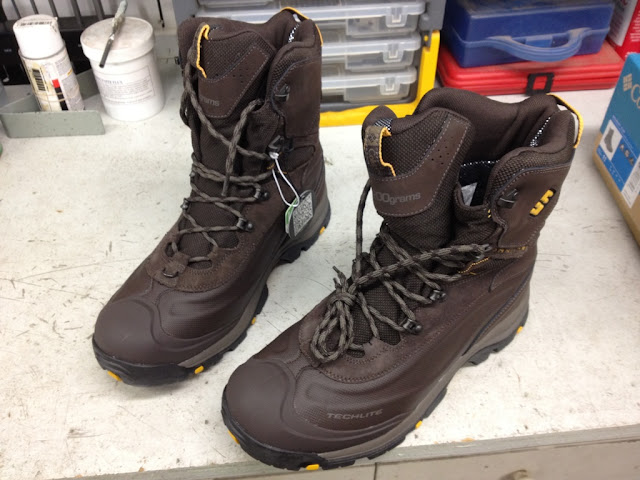 So this is now the sum of my bike plan about how to get through the rest of this winter.


It would appear that some kind of adventure must certainly lie in store.
Posted by Pat S at 11:31 PM

I went the way of the platform and never looked back. I run various BMX platforms on nearly all my bikes and enjoy the fact that any shoe becomes a bike shoe, from sandals to Sorels. I still have SPDs on my road bike though.

Topic from a few posts back: Have you considered dog boots for Brandy on the coarse gravel of the John Wayne Trail? (http://www.ruffwear.com/dog_boots) With those and a pair of doggles (http://www.doggles.com), she'd be ready for the apocalypse.

BDD, I've been thinking about some boots for Brandy - I'd love to save the wear and tear on her pads, but I just can't decide whether whether she'd tolerate them. When I first brought her home I put a harness on her. I then stepped in to take a shower and when I came out, the harness was in about a thousand shredded pieces on the floor. Her way of serving me notice about "dressing her up".