I took it off, in order to chip away at some to-do's . . . the most important being the finishing of the paver walkway that's part of the back forty renovation. The dangling carrot was an afternoon ride on my new bike, if I was a good boy and did my chores. You would NOT BELIEVE how early I got up and how fast all that shit got done. 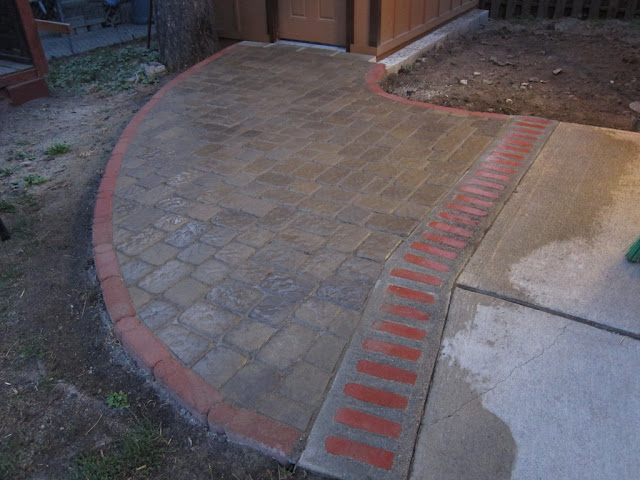 Fast forward then, to the afternoon ride. This was the group I hooked up with. Skilly is making a point of some sort, but it's possible that it makes no sense, since it's possible that he was oxygen-deprived, considering the bigass climb we'd all just done, on the other side of the white gate.  This would be the perfect photo for a "What Is Skilly Saying" caption contest. 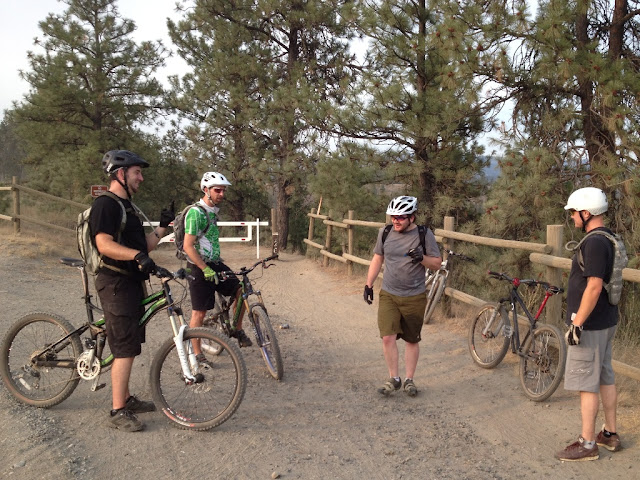 At one point, there was a bit of umm . . . separation ("lost" is such a strong term).  It was tense, two guys lost in the woods, facing who knows what kind of natural challenges.  Rick set up a command post with his cell.  It was scarier than it looks.  Hey, how did my new bike get in the photo??? 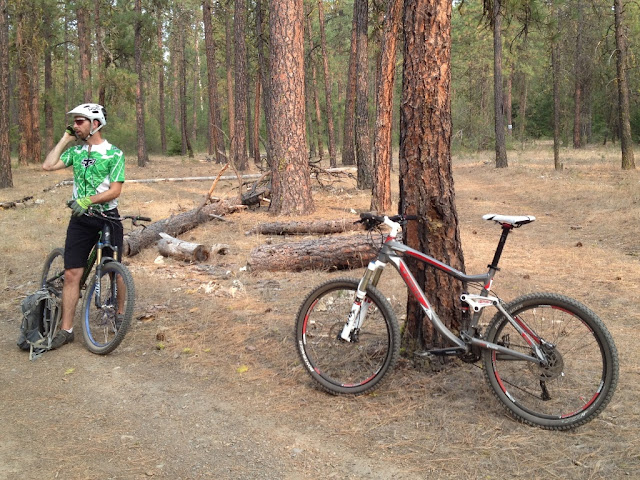 Alright, let's get halfway-serious for a moment. We ripped around pretty seriously at Riverside for a couple of hours and holy krap, if I wasn't blown away by this bike. The two biggest things were, joy-of-joys, proper hydro brakes (my single-biggest motivation for changing bikes), and the previously-unbeknownst-to-me wonder of slack head angle front end geometry on single track. 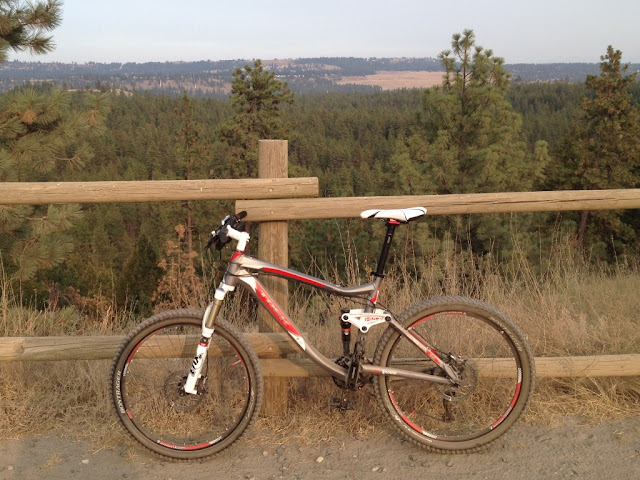 Like me, I'm sure you've been wondering what a guy my age, in the shape I'm in, and with the limited skills I have, is doing on a bike like this.  I keep some fairly tight reigns on my bike budget and this purchase stretched it to the point that I had to pull some strings.  I've been super-seriously wondering if I'd made a majorly big mistake, visualizing myself as belonging on such a serious machine, with my failing knees and diminishing courage and all else that goes with getting older. All I can tell you is that it was a calling, and a magnetic force-field one.

I'm happy to report that after just one ride, all my fears and apprehensions have been furiously dispelled.  I can totally not remember when I have had more fun on a ride.  I could ask a friend to peel me off the ceiling, I suppose, but why would I? I'm pretty into being stuck up there right now. I'm not only planning the next ride, but four or five down the road. Cripes. I may have died and gone to heaven.

In more worldly news though, it was dusty out there today. Lucky I had my new rims. Heh. 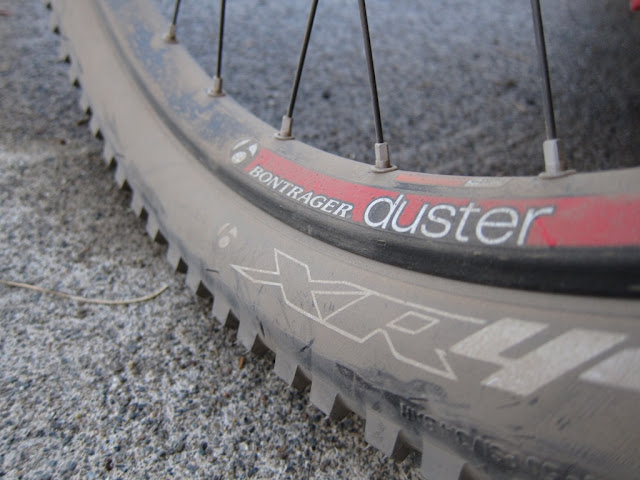 I'm afraid this bike has seen its last day in the living room. Damn. It was good while it lasted. 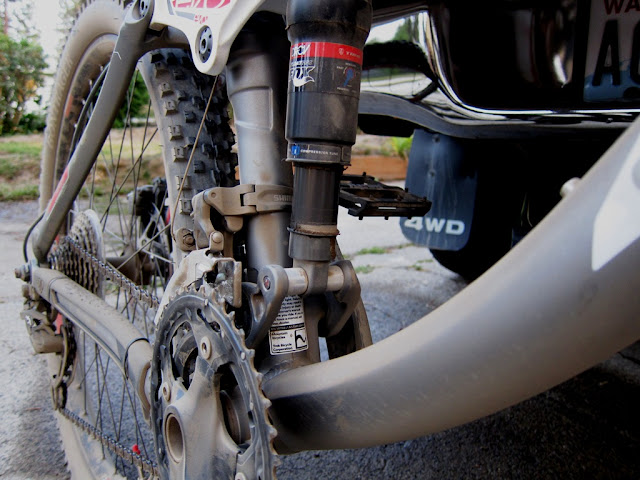 Glad you had a good ride and I presume everybody returned safely, but Pat I'm concerned for your safety....I don't see a single reflector on that bike! Wade

Wade, I'm concerned for your safety, too. That's why I'm putting all my reflectors in a box and dropping them off on your front porch.

Enjoy the new bike stoke. It's a great drug!