Late last fall (almost winter, technically), I discovered the fabulous Antoine Peak Conservation Area.  Within a period of just over a month, I visited three times; twice on bike and once on snowshoe.  Trip reports are here and here and here.  My grand discovery was well after first snow and as a result, riding to the top was not an option at the time.  I knew though, that come spring, I'd be back, and today was that day.

The drive from work to the Antoine parking lot takes somewhere between 5 and 10 minutes, so let's just say 7.  Damn, that's sweet.

I couldn't break free from work until after 6, but I was saddled up and ready to ride by 6:15.  The road/trail to the top is in pretty good shape, but there's still a fair amount of mud and snow in some of the shaded sections.  The horses have been out and there's a LOT of horseshit everywhere, and you can't help but get it on your tires and from there it's bound to splatter around on your frame and elsewhere and so riding here makes you feel, umm, kind of dirty.  I'll leave it to your individual sensibilites to decide whether that's a good thing.  No judgement here. 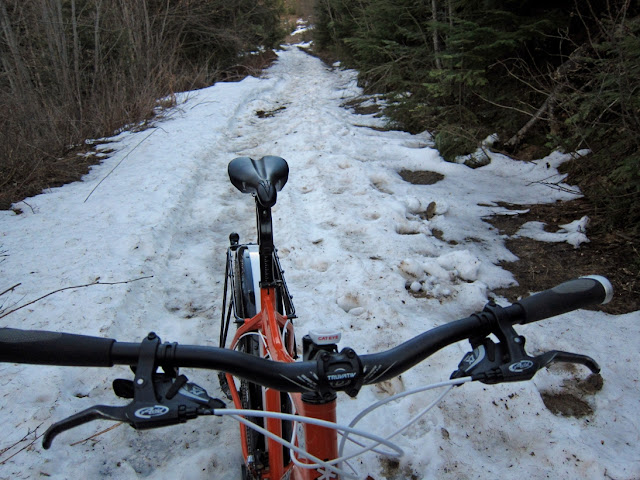 The pond is just where I left it last fall. 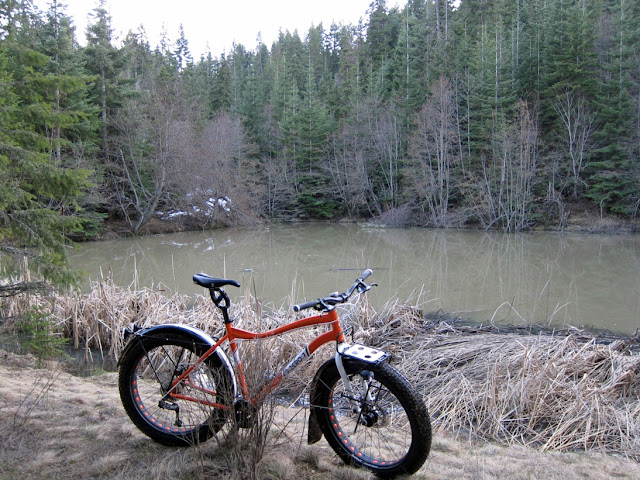 I knew that with my late start, I'd probably not make it to the top on this day.  Still, this rad area offers the satisfaction of being able to climb several hundred feet above the valley floor in a short time. 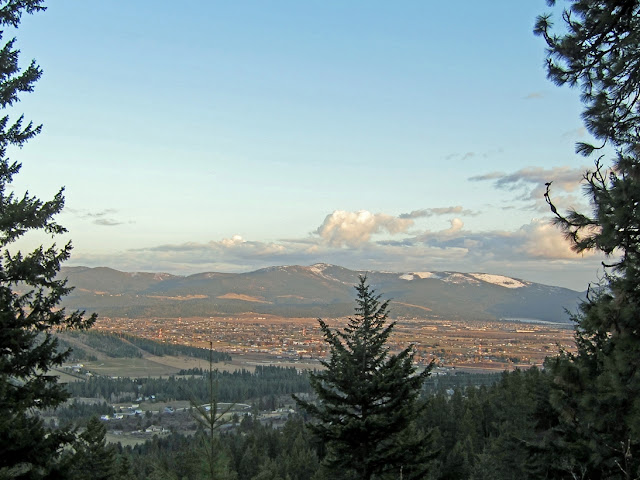 This dude had a bad winter.  Seriously bad. 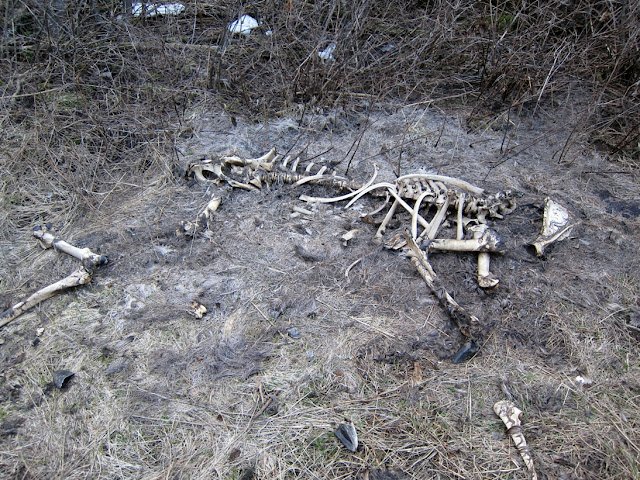 There are roads and trails all the hell over the place that are ripe for the exploring.  I stayed on the beaten path today, but the time is coming . . . 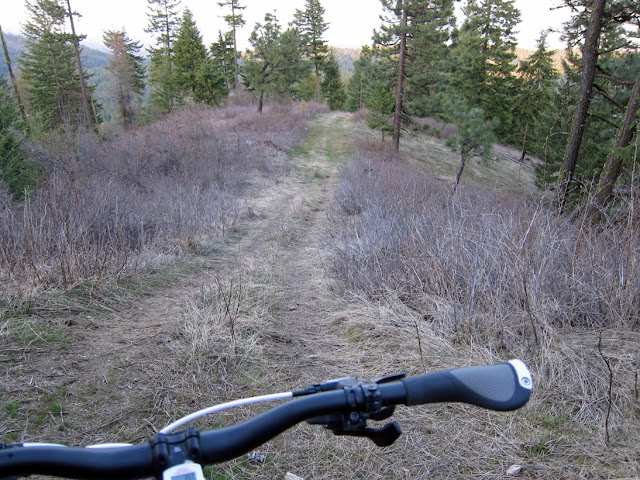 The road does get a little steep and rutted in places. Ahem. 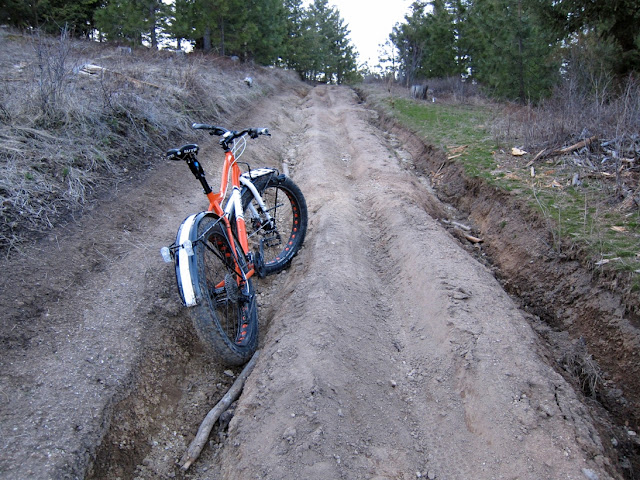 I did end up pushing on, such was my unbridled desire to summit.  It took me 53 minutes from parking lot to peak.  So that's my baseline then.  I got there just as the sun was going down, which meant I'd have a pretty dark ride back down.  Which is not ideal, since I hadn't told anyone where I was going and I shit you not about how much wildlife is all around you up there.  You see animals and hear animals and feel animals all the time.  And it gets mildly creepy when the sun goes down.  But quite cool, at the same time.  I sang a newly invented song all the way down, just to avoid startling mama moose, and thereby avoiding the undesirable legacy of being stomped to death by an ungulate.  The song was badass, by the way.  It started out as a play on Tiny Tim's "Tiptoe Through The Tulips" . . .

Tiptoe, down the mountain
In the darkness
Through the mud and horseshit,
Tiptoe, on your fatbike
Tonight.
Da-da-da-dum, da-da-da-dum.
Da-da-da-dum . . .

It devolved from there into something exponentially more primal and guttural, and thereby unbelievably more effective, and which I am thereby quite proud of, since I am typing tonight instead of gasping my last breath on the side of a frozen mountain, my skull caved in by a hoof.  But which is not suitable for the internet. 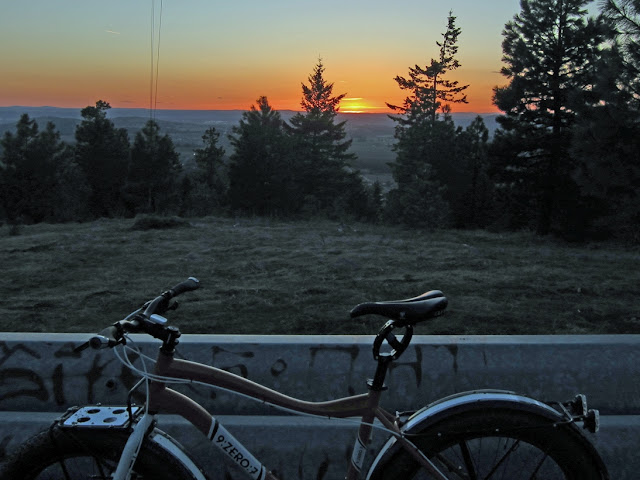 I have a fatbike/bikepack/fatpack something-or-other camping trip coming up in a little less than four weeks and I need to get my legs and waistline back and I think Antoine is gonna be just the ticket.
Posted by Pat S at 11:40 PM

Glad you made it out alive Pat.

Your song needs more cowbell. Seriously, a little cowbell on your handlebar would do the trick. I came face to face with a Mama moose while hiking years ago and can testify to the terror. We had unwittingly cornered her and she was not pleased.

Looks like a great place to ride. Nice to see your fatbike getting some saddle time, regardless of surface feces.