Even though I've been told a million times and therefore know I'm not supposed to, I've let the bastards grind me down.  And as a result, I've not been on a bike in almost a month.

When the bastards grind you down, they inherently induce a ton of stress and one major stress combatant is saddle time and so, as you can clearly see, my situation is imbalanced and well, just flat wrong.  I decided that a ride this weekend was happening for me, and I furthermore decided that what I had decided was non-negotiable.

The opportunity that presented itself was a trail ride with the homeboys.  To which I committed.  But upon waking, on this stress-induced-out-of-sorts and-daylight-savings-time-complicated-weird-morning (can't we please just do away with this DLST shit???), I was just not feeling at all like I had any energy or anything else to offer to the well established vibe of the SOS ride, so I bailed.

What felt right was a chill, solo, hour-and-a-half, road ride.  On a just-before-the-ride de-studded-and-shod-with-non-Tourgard-Paselas Elephant.

Holy living hell, what a fantastic, early spring ride.  The last time I rode, it was on snow and the 3 dozen times I rode before that was on snow or at least slick, and to be able to dive into smooth arc after smooth arc on a flippin rad road bike on dry pavement, on sticky, fast tires was just heaven on earth, man.  Just what the internal therapist prescribed. 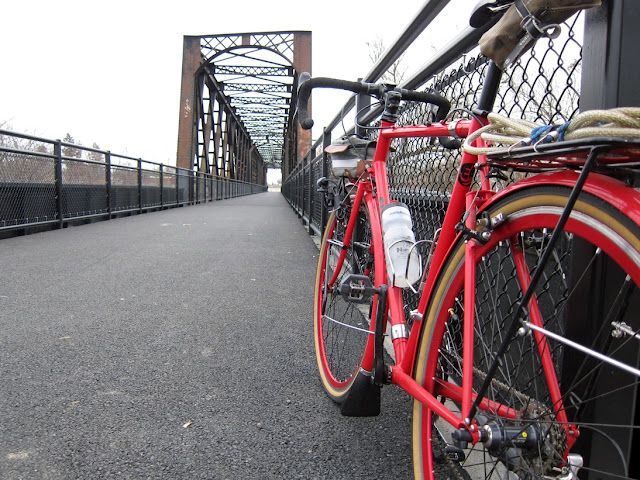 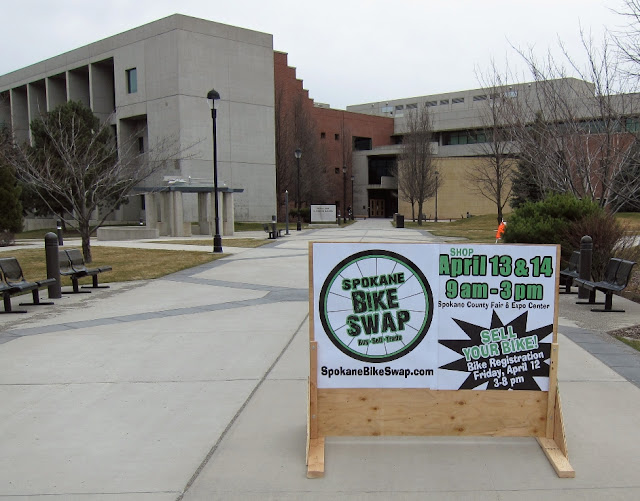 The bastards will be grindin' at me again come mornin', for sure, but I'll have a re-worked layer of armor that they'll have to chip away at, so there's that.
Posted by Pat S at 9:54 PM

About time- and I know all about those solo rides after being driven down over time.

Fight the power! (two wheels at a time)