There's this whole body of scientific study about how and why we choose our mates.  The conclusions are all contradictory and irrational and every time I read or hear about it, I'm just fascinated.  The latest stimulus on this subject was an episode of "This American Life" I listened to the other day that focused on speed dating and the discrepancy between what men and women "think" they want in a mate and what they actually go after, in the heat of the moment.  It was wildly entertaining to listen to.

I'm wondering, lately, because of 'current events', if there's a comparison to be drawn with how we choose and bond to our bikes. 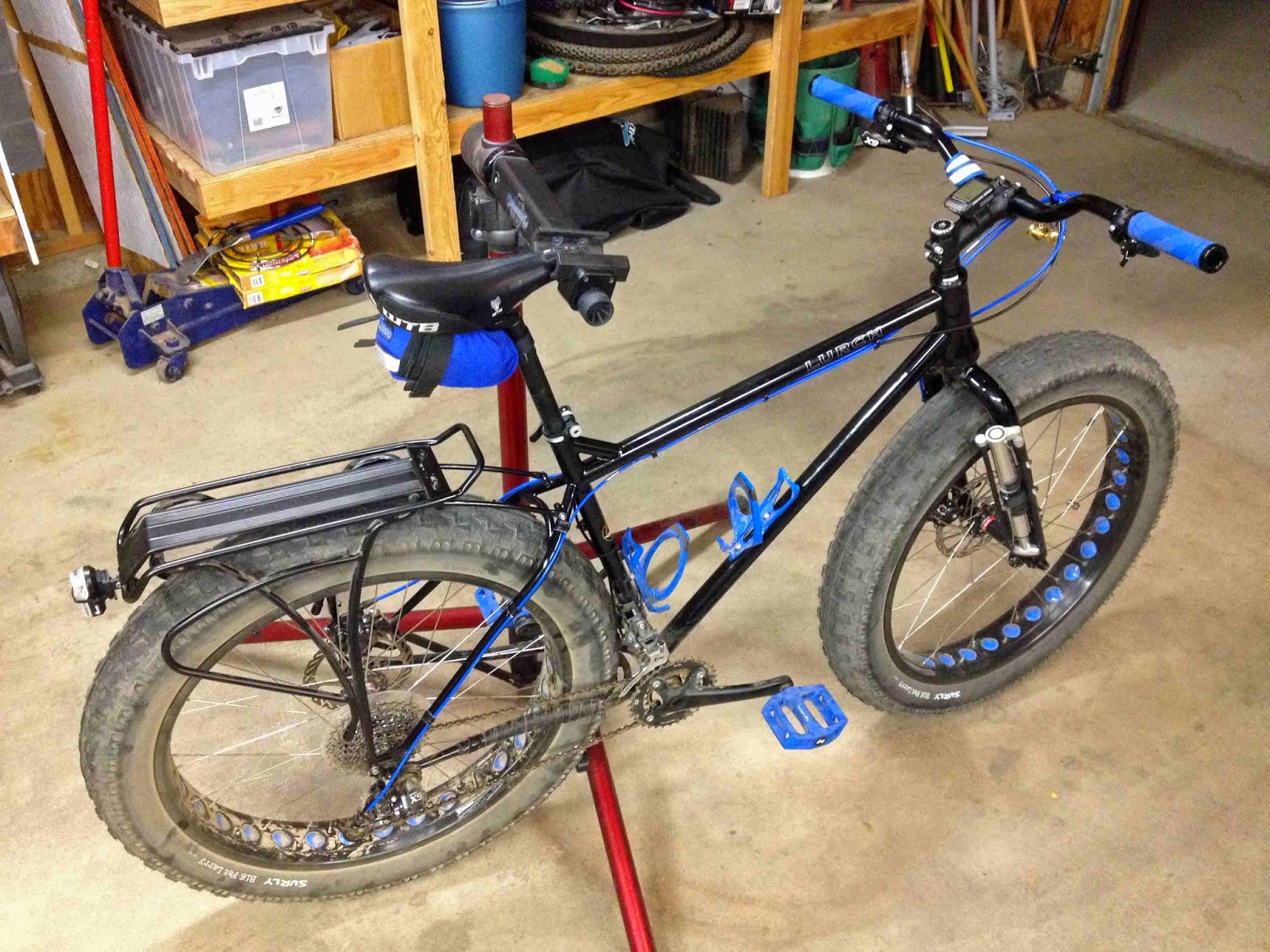 The pictures don't even remotely do it justice, but this bike has been quite hacked and thrashed already, and I believe there's much more to come.  It doesn't have even 50 miles on the odometer but already it's been grinded on, sanded on, and rattle canned in multiple places.  There's gorilla tape and zip ties all the hell over the place.  I tried to make the blue cable housing thing happen, but the kits I ordered from Sram left me a bit short, so there's one black one in the mix.  Nothing is all that straight and nothing is all that right.  In short, it looks like hell, when you're close up.

Despite all this, the bike is starting to grow on me.  In a serious way.  I'll stop just short of the "L" word.

We've all tried to make a girlfriend or boyfriend into something other than what they were, and have run up against the wall of this futile effort and come away disappointed.  Or been the disappointer.  With bikes, I think there's still a limit, but I think it may be a little more elastic.

The girl from the other side of the tracks is occupying a ton of my consciousness that she shouldn't be and that I know she shouldn't be, but there's that whole visceral black and blue thing that has me blinded to the truth, and which I've clearly done to myself.

I'm obviously conflicted and embarrassed, and so the logical next step was to post it up in the interwebz for all to see.  What a great age we live in.
Posted by Pat S at 10:52 PM

Searching for the Ultimate Dating Site? Create an account and find your perfect date.