The Art Of Copying

A close second for the title of this post was 'Girls Gone Wild'.

Now that I have your attention, let's get started . . .

Sometime this summer, I came to the conclusion that I needed 2 new fatbikes to replace the single fatbike that I set free this past Spring.

After much deliberation, I decided that I needed to pre-order both the first production full suspension fatbike (the Salsa Bucksaw), as well as a cheap knockoff of the Surly Pugsley/Ice Cream Truck (the BikesDirect 'Lurch').

At this point in my life, I should be WAY too mature to do the bikes/girlfriends analogy, especially since Patty and I just celebrated our 22nd anniversary.

The Bucksaw has pedigree.  Not like socioeconomic pedigree, but more like character pedigree.  Think Molly Ringwald.  You're gonna be super nervous dating her, dare I say riding her (oh krap, I should not have dared to say that).  You get what I mean, bike-wise.  I hope.  Trying to keep it clean here.

Conversely, the Lurch clearly lacks self esteem.  It's not of it's own making . . . comparing the geo of the Lurch to Surly's Pugsley, Ice Cream Truck and Moonlander, well, let's see . . . 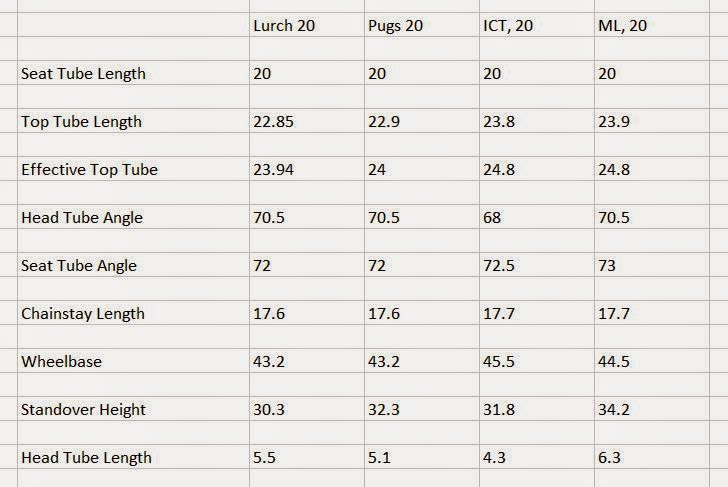 Even the name association.  Pugsley. Lurch. If you haven't made the connection yet, let me HELP.

I "picked up" the Lurch yesteday.  She was wandering the sidewalk outside of UPS headquarters just off the Broadway exit.  It felt kind of dirty, but obviously, that didn't exactly stop me.  I had been fantasizing about her top tube decal for weeks, if not days. 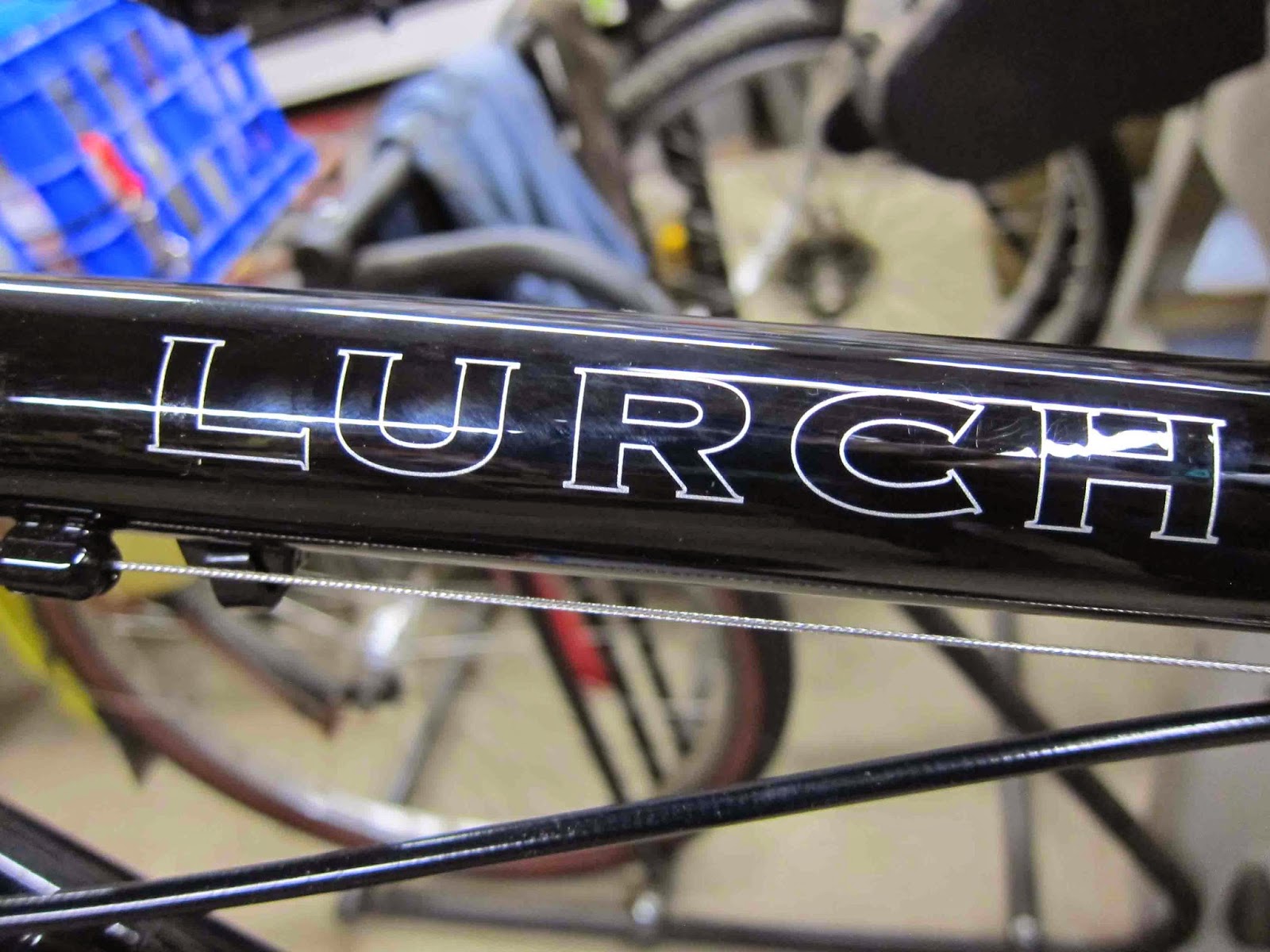 We arrived back at my place together. 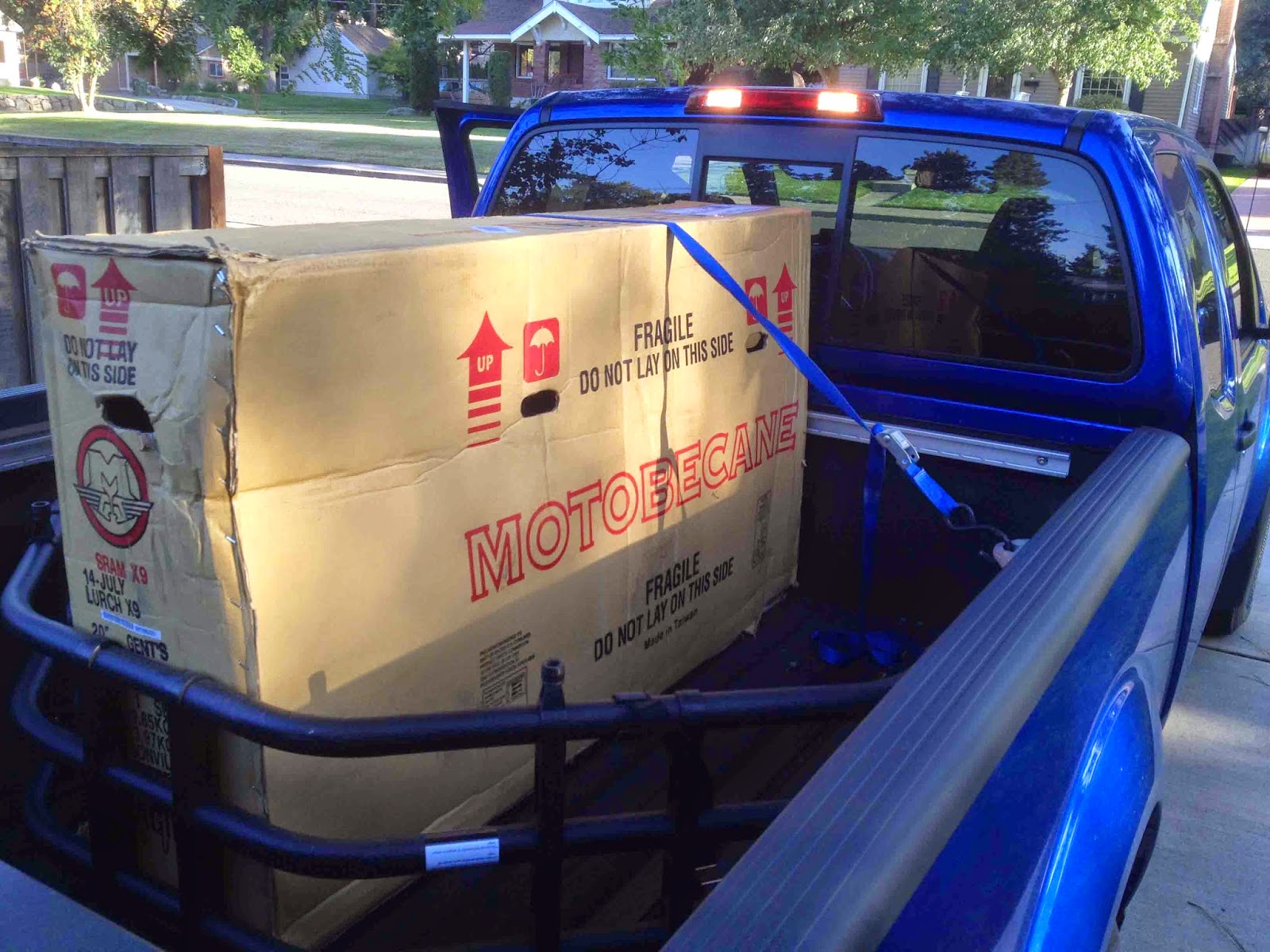 'GENT'S' would obviously refer to me.  Sweet.  I feel more respectable already. 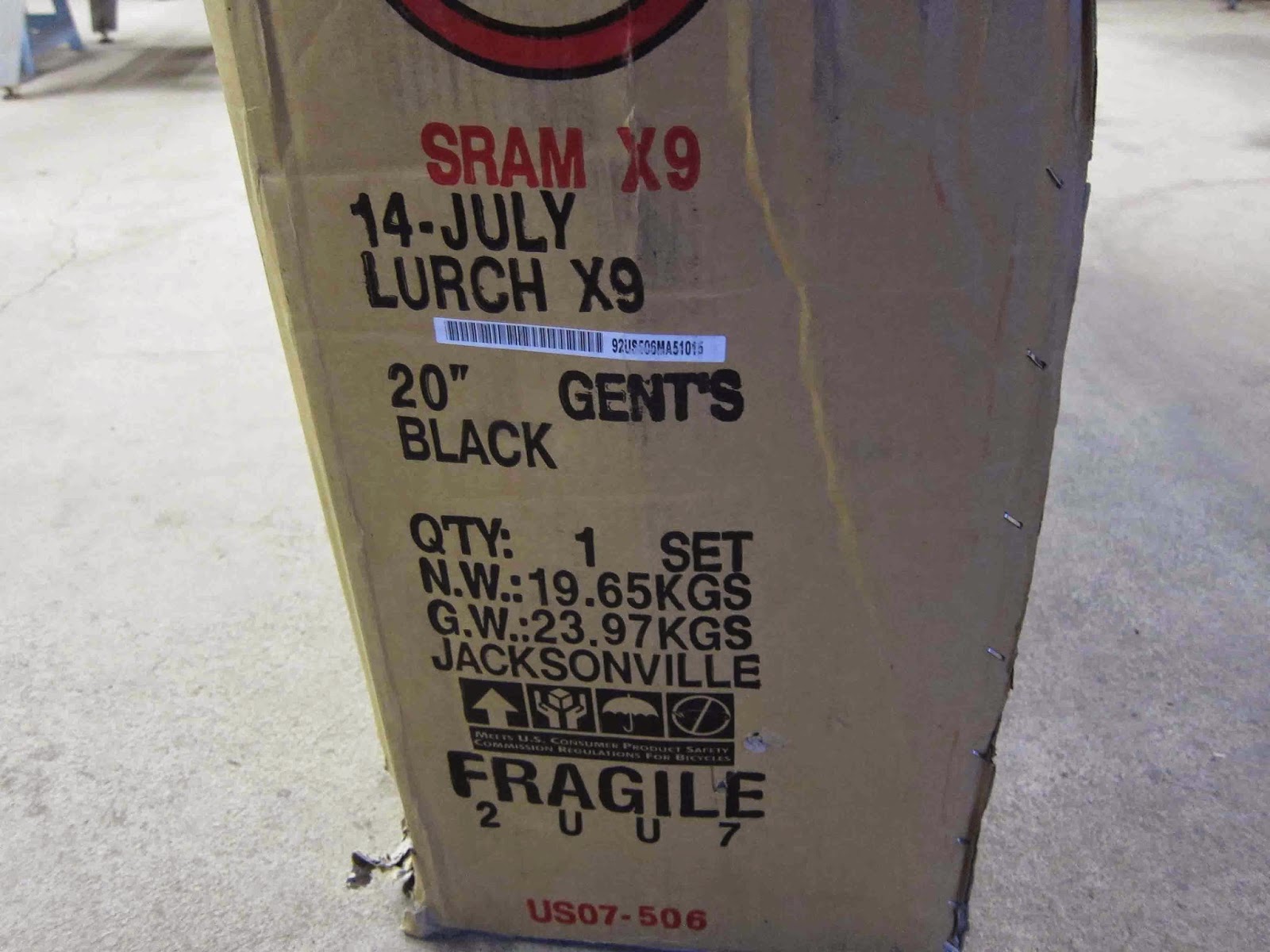 The top button of her blouse was undone and I tried not to look, but I could not help myself. 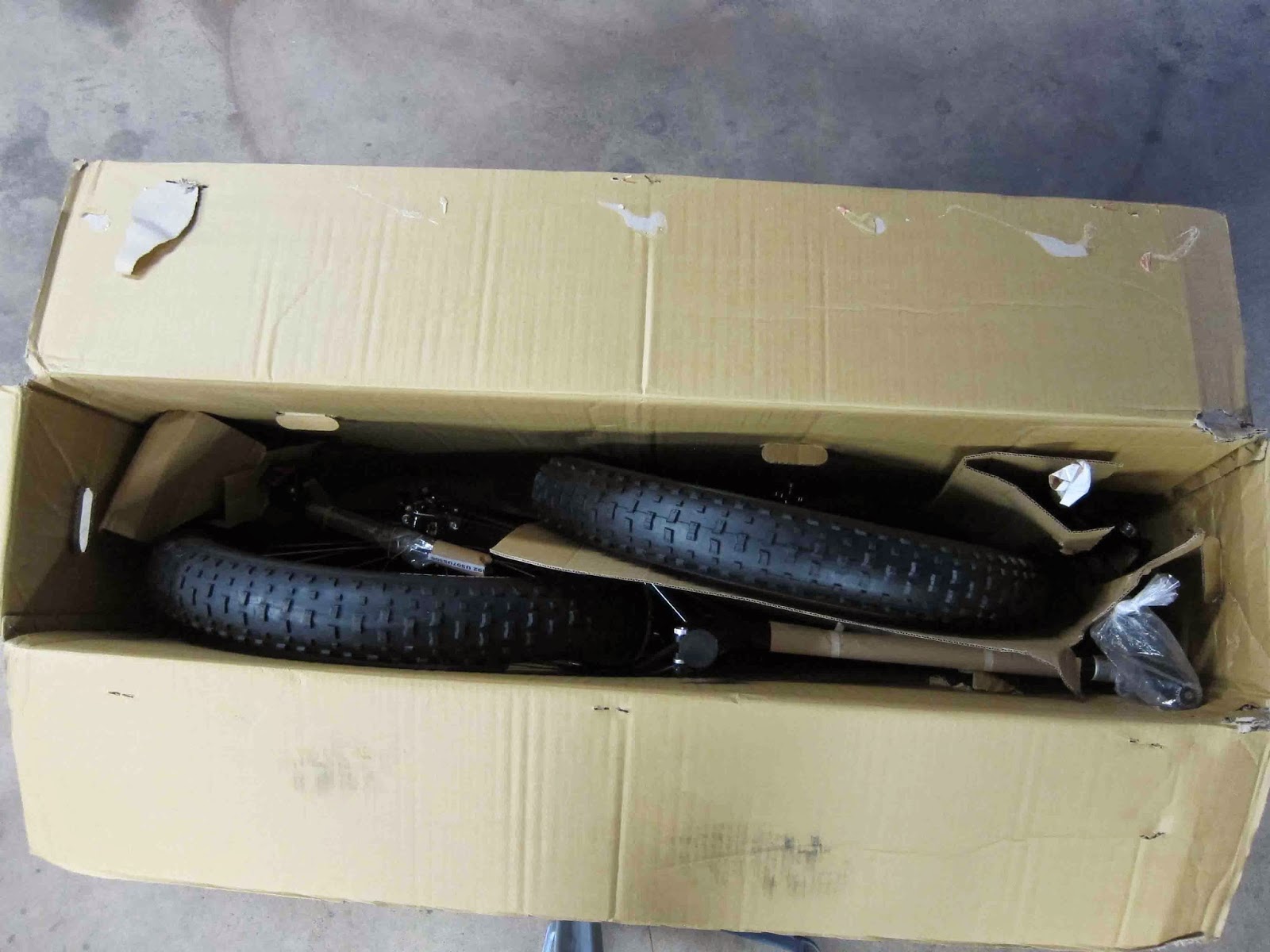 Unfortunately, I was kind of disappointed when she revealed herself.  She was flawed.  We all are, of course.  But still. 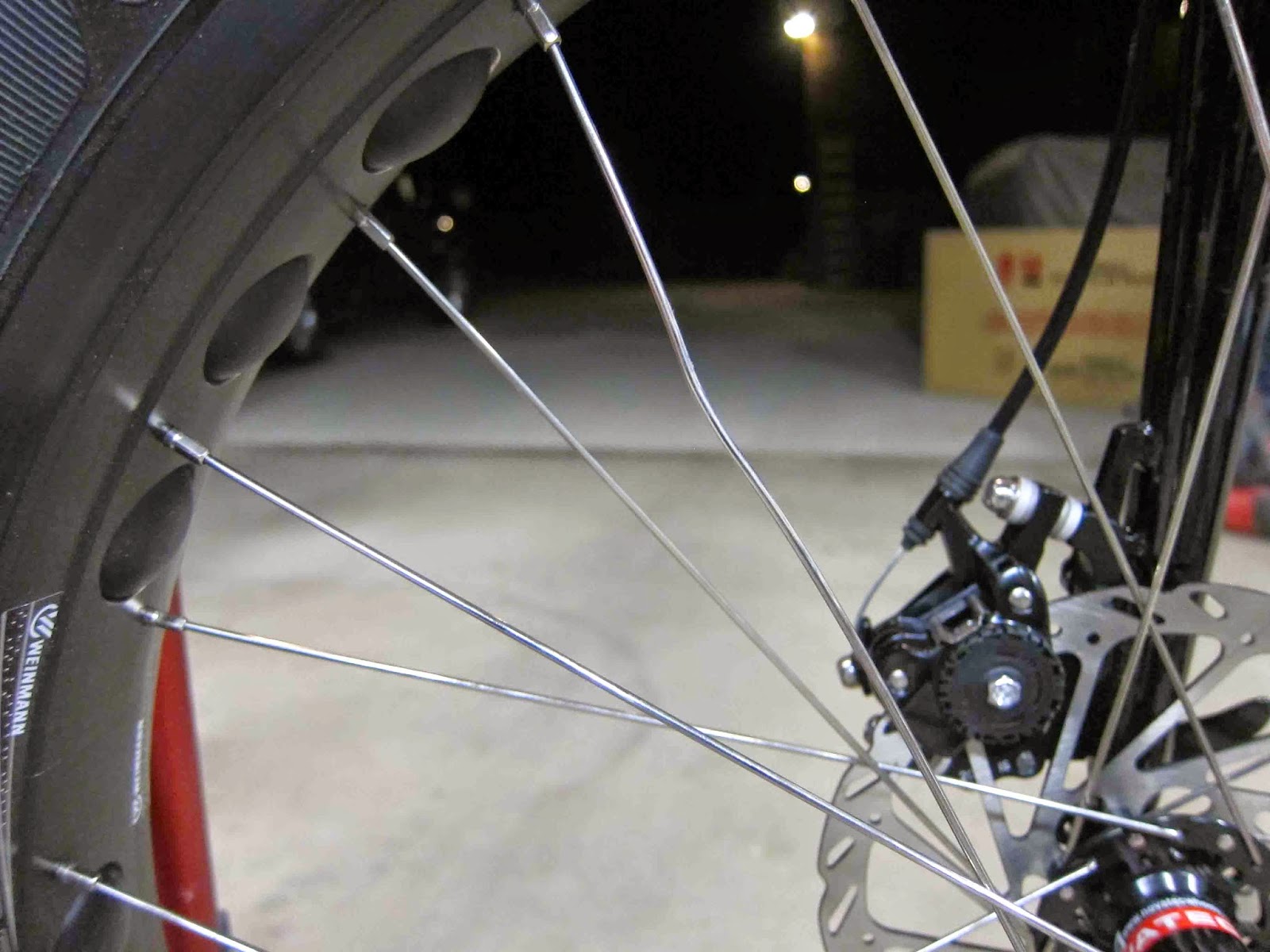 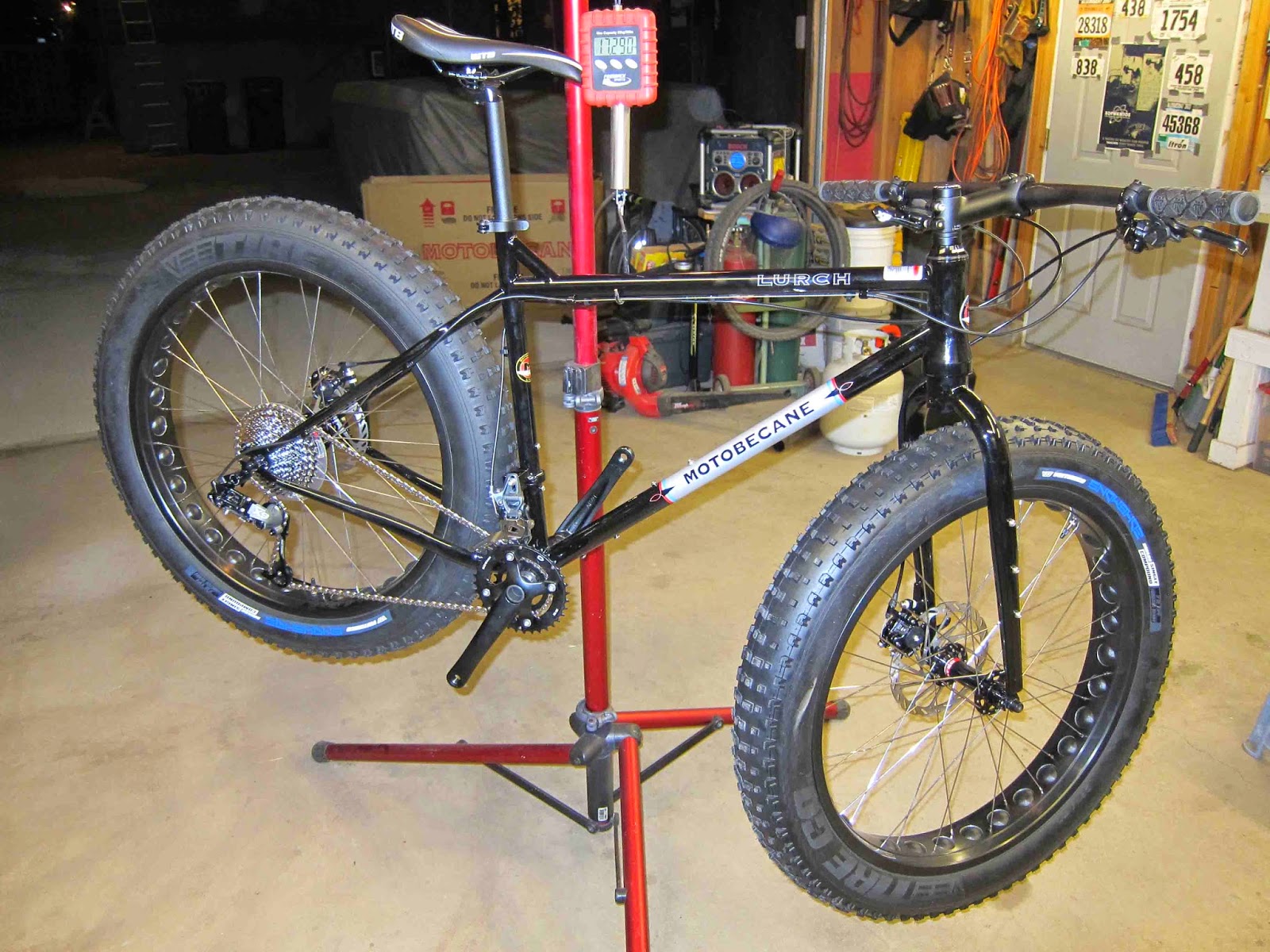 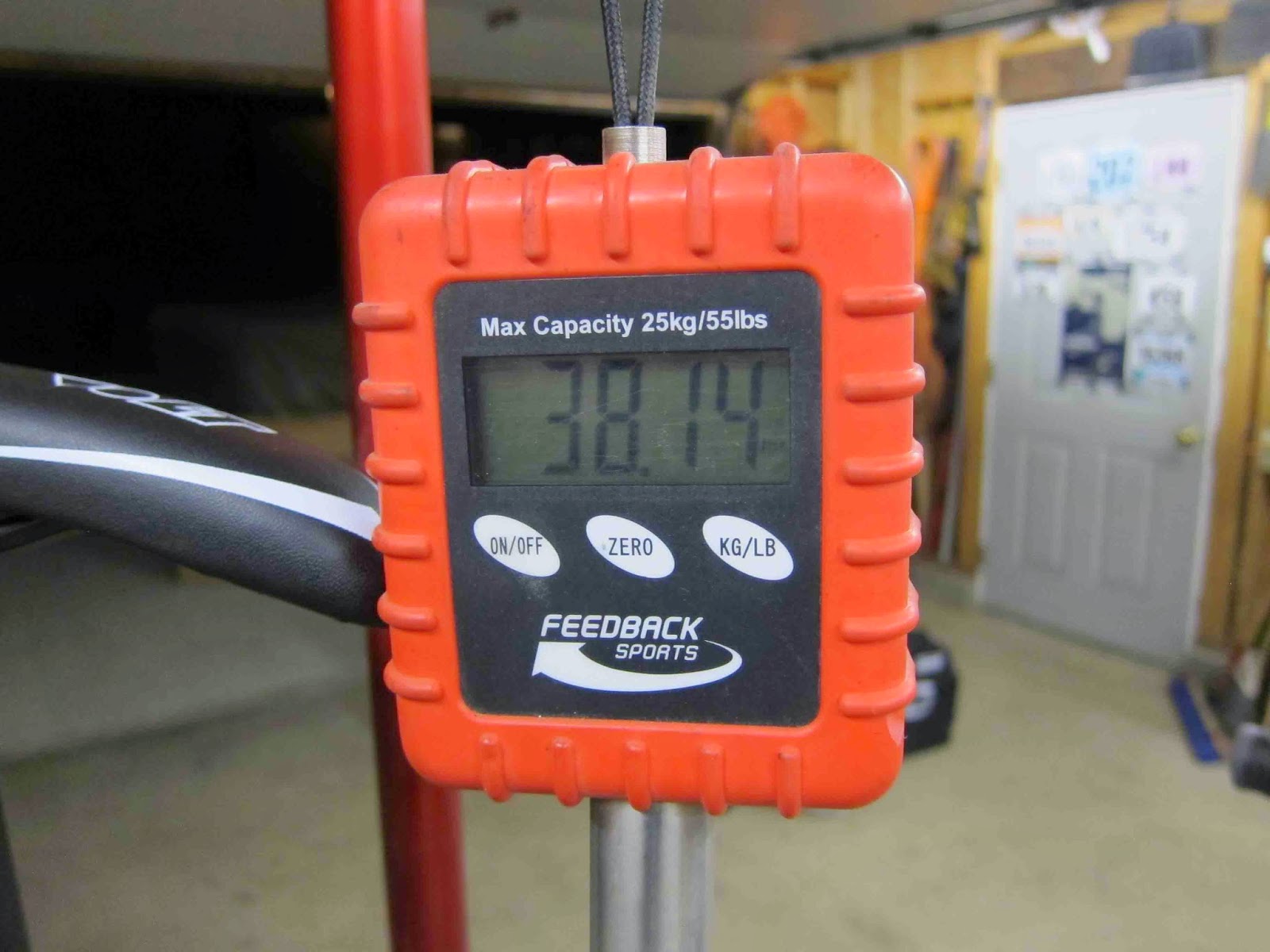 Look, all kidding aside, I was raised with three sisters who pretty much drilled into me a respect for women, lest I be instantly smitten.

Which makes it that much more surprising that I am going to continue with my sophomoric analogy.

I am going to marry the Bucksaw.  I think.  Just sayin'

I don't want to have any regrets, though.  Also just sayin'.  It feels very right to be dating the Lurch, and rather amorously.

I picked up a spoke yesterday, during my lunch hour, and then installed it and trued and tensioned the front wheel last night.  If that's not infatuation, I don't know what is. 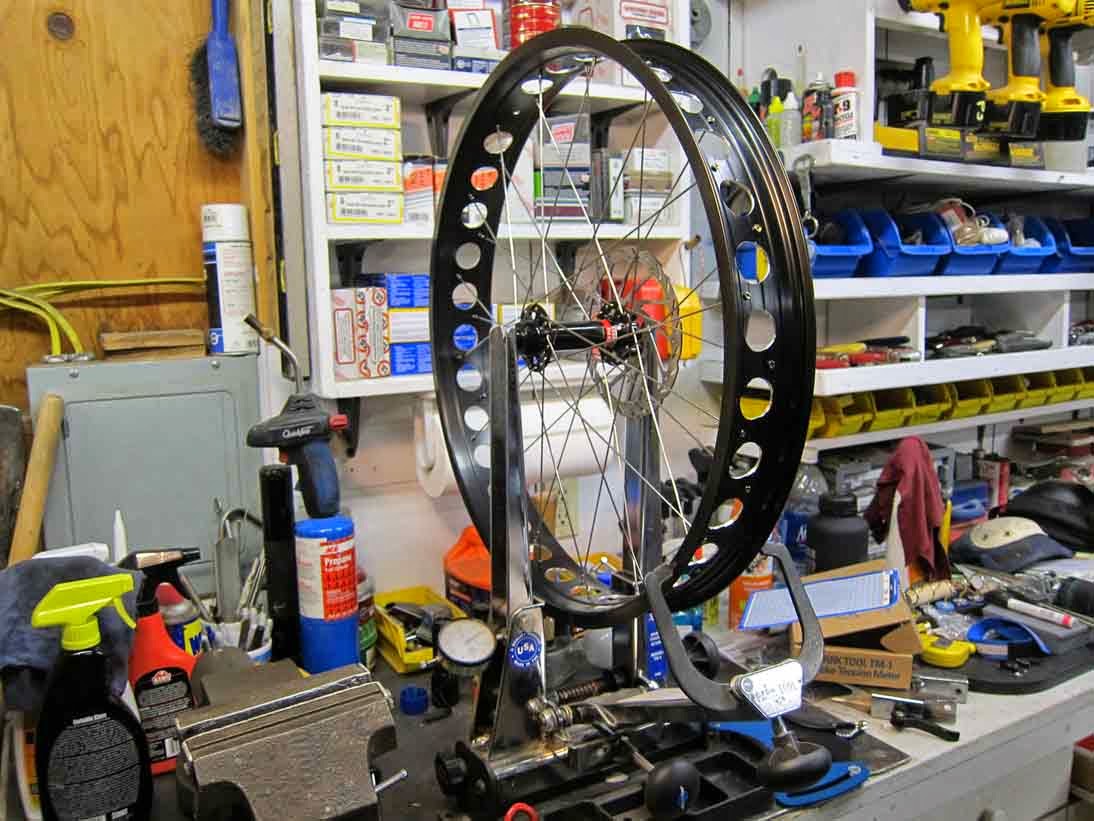 The BikesDirect drilling of the rims was quite lame and left shiny aluminum surfaces exposed, which offended my sensibilities and therefore required some type of action.  I recognize that my anality, if that is a word, has the potential to jeopardize the flowering relationship, but I am ultimately compelled.  I am who I am. 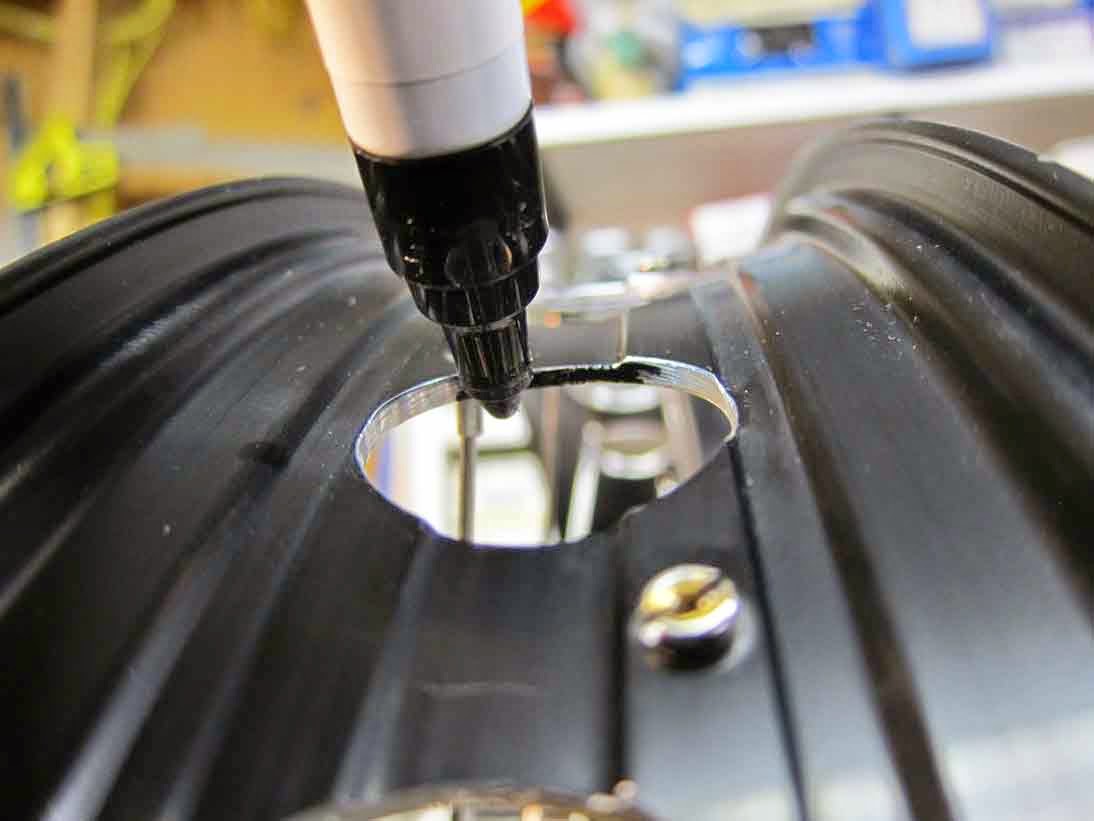 The godfather of Spokane fatbiking, Mr Dave Nelson, loaned me a Bud and a Lou to mount up to see if this bike would take the most extreme fat currently available. 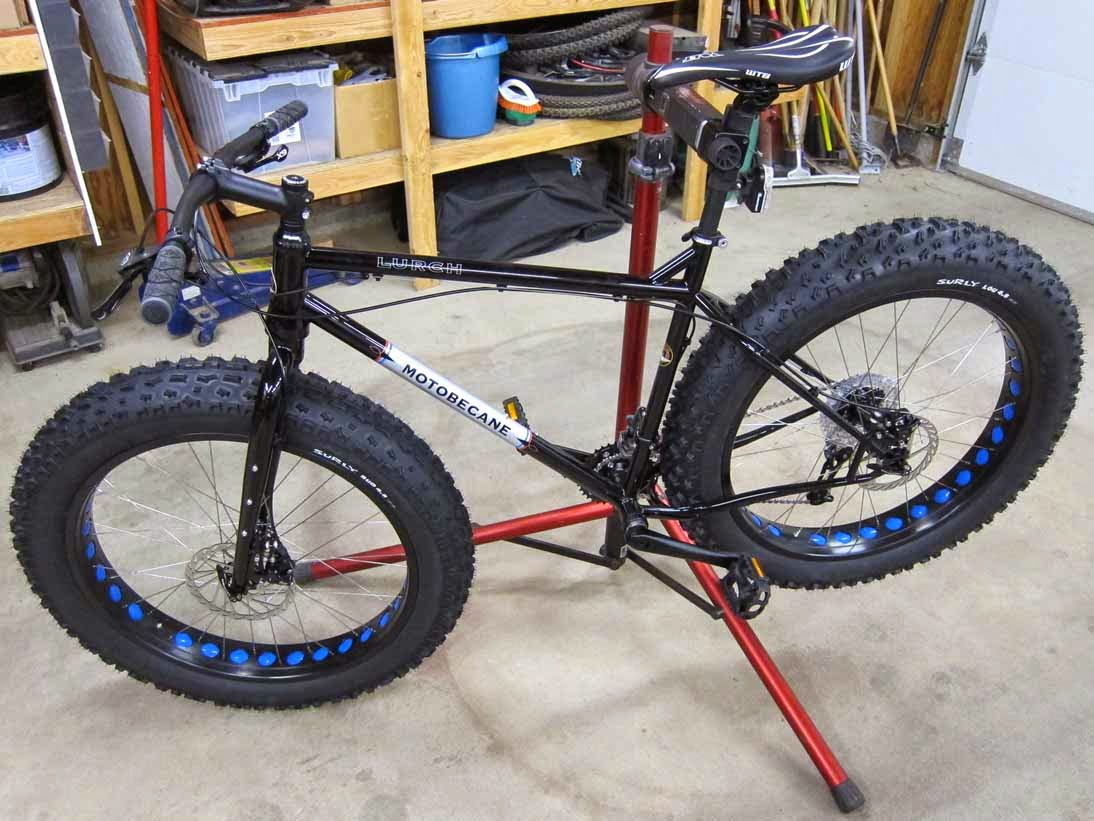 Yep, with room to spare, is the answer.  Frick, that's a tractor. 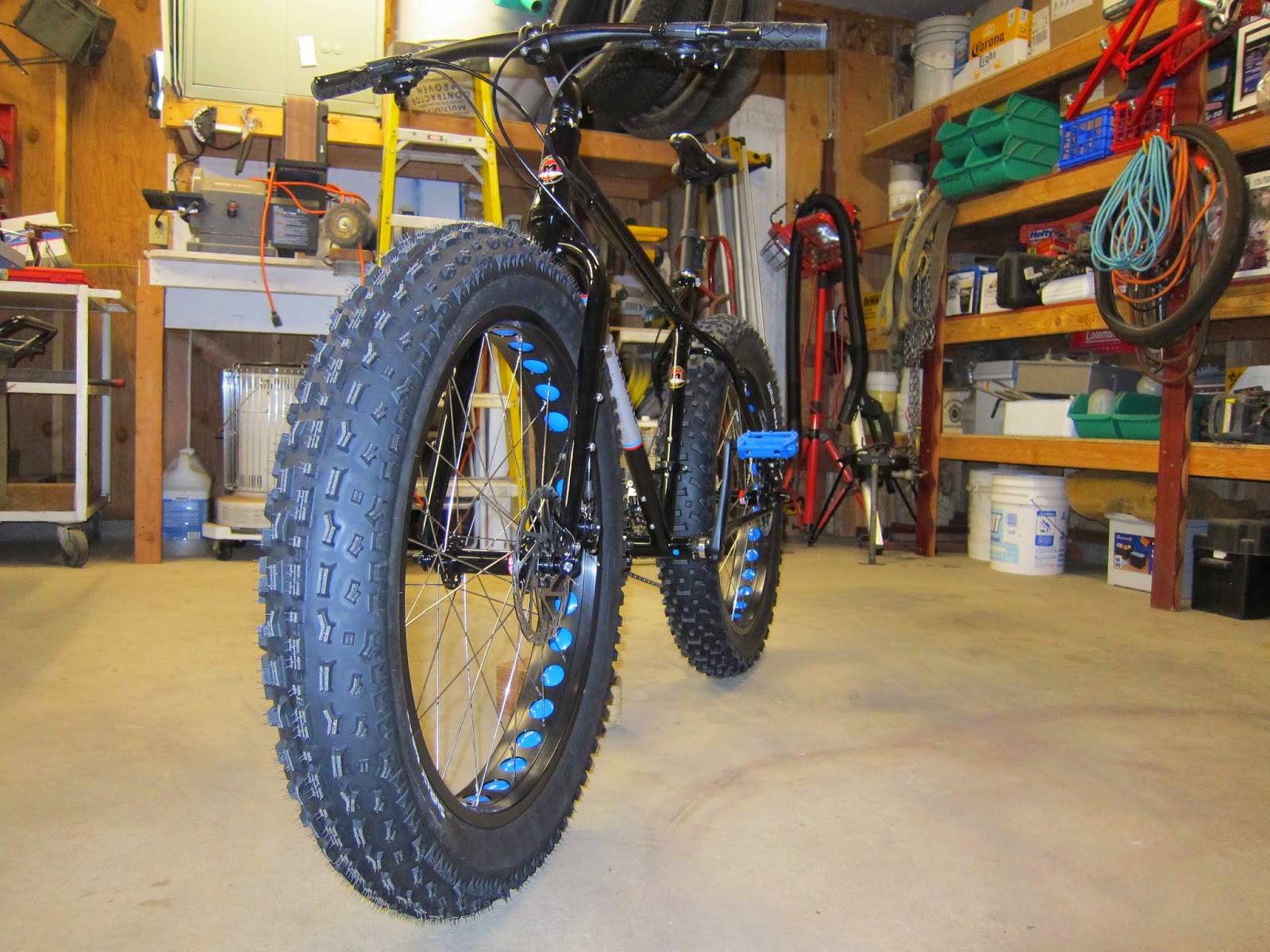 Back to the subject of BikesDirect quality for just a moment, there was in issue regarding the disc caliber mounting tab.  It wasn't in the right place and forced the caliper into the disc.  I had to file the tab down to get the caliper reasonably centered.

Which pretty much illustrates the general nature of the BikeDirect/Consumer relationship - the deal is good and the product is worthwhile, but a certain amount of fussery is required. 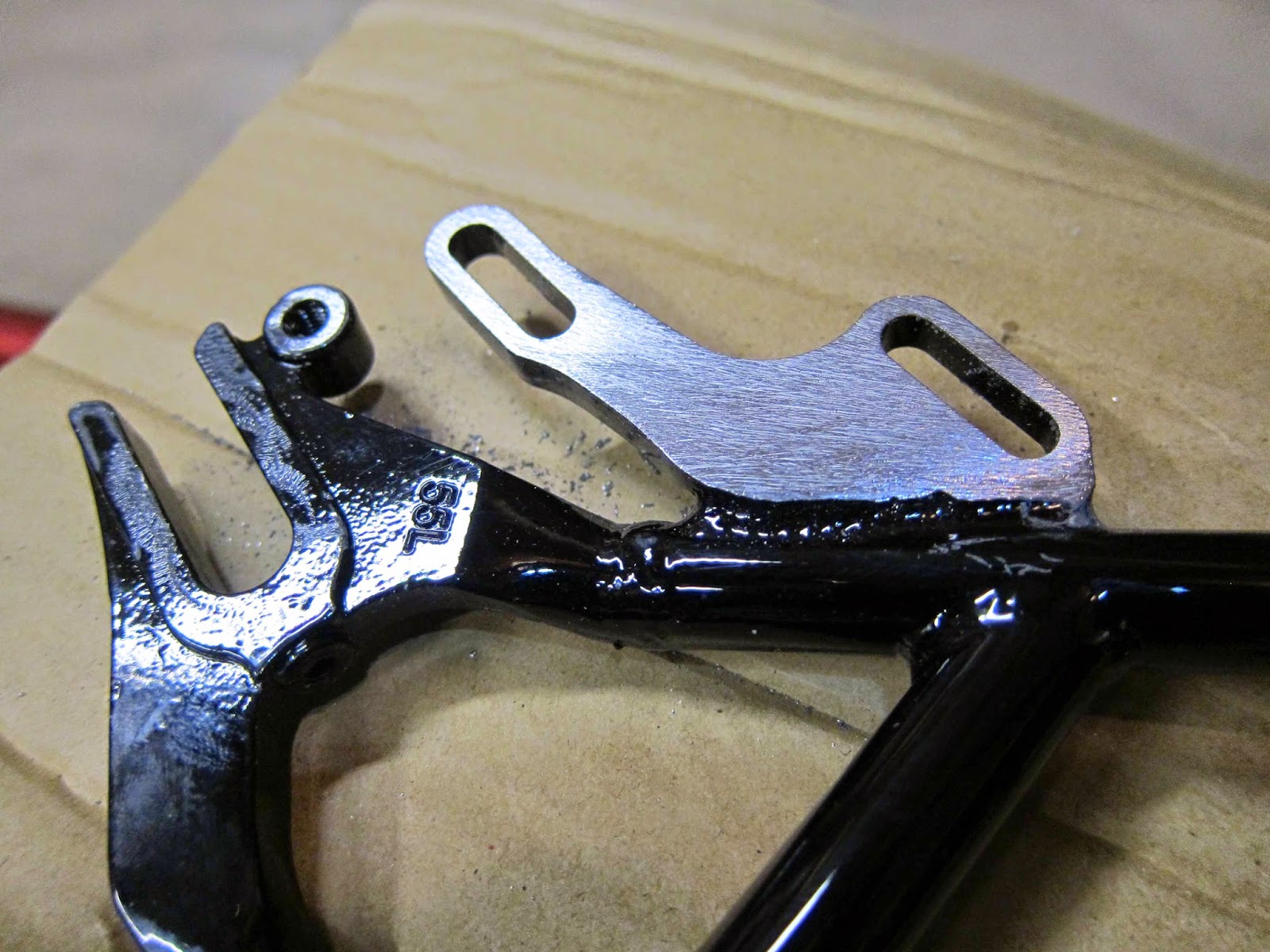 The Motobecane moniker is something else that has been borrowed or purchased from days gone by and is obviously part of BD's marketing strategy, but the boldness of the implementation on the downtube doesn't work for me.  I decided I needed to deal with it. 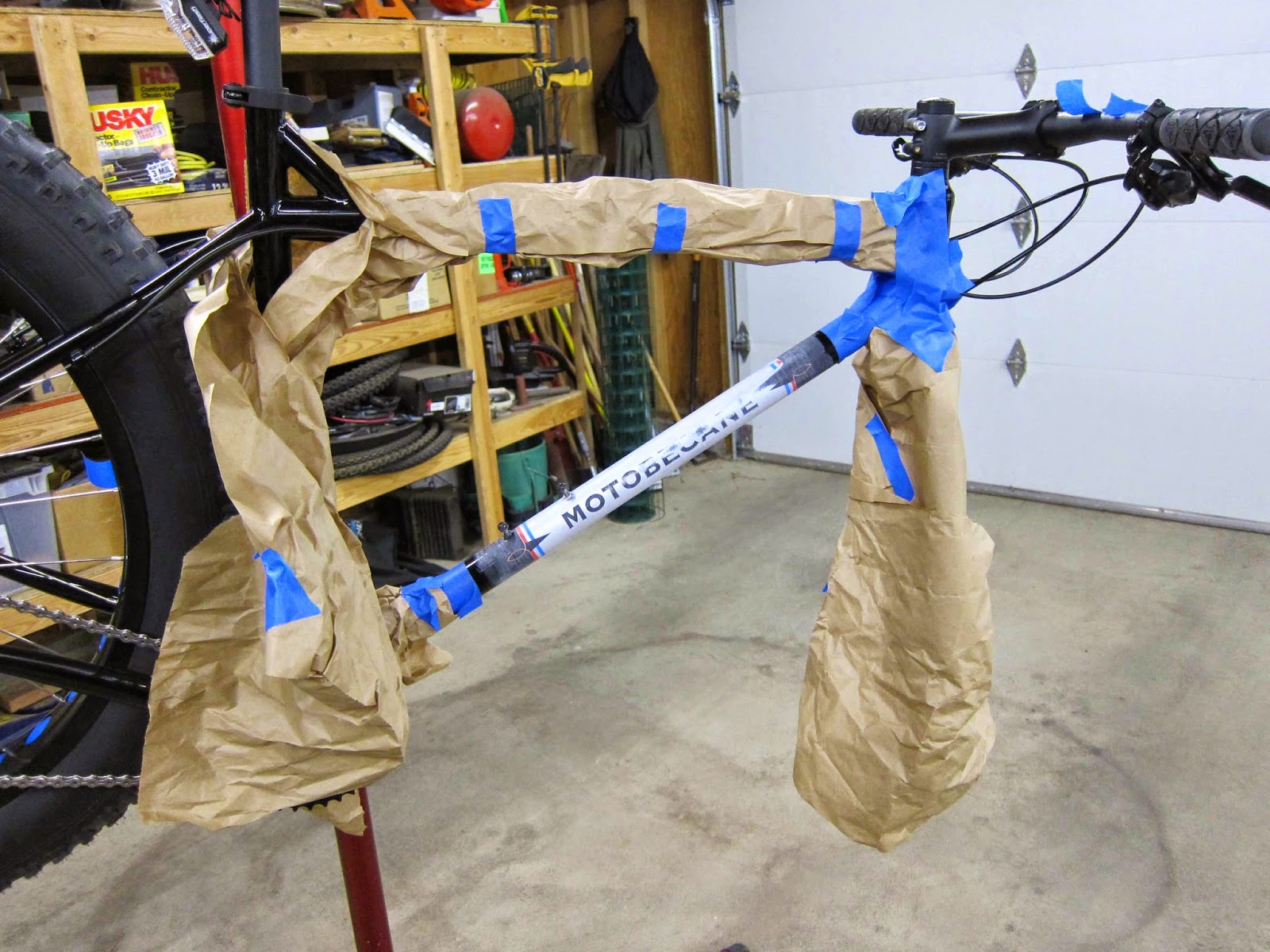 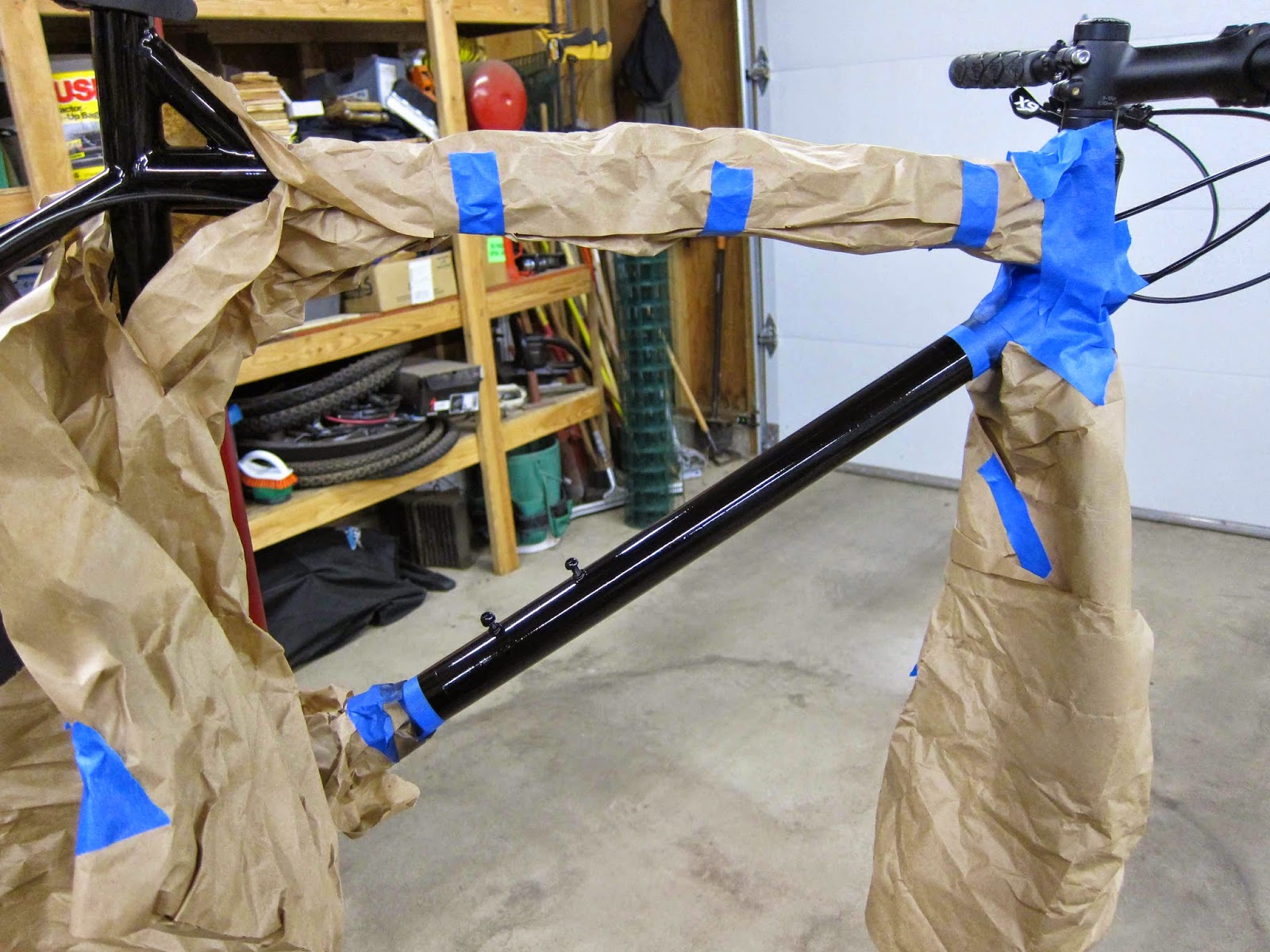 This is the more appropriate level of brand display. 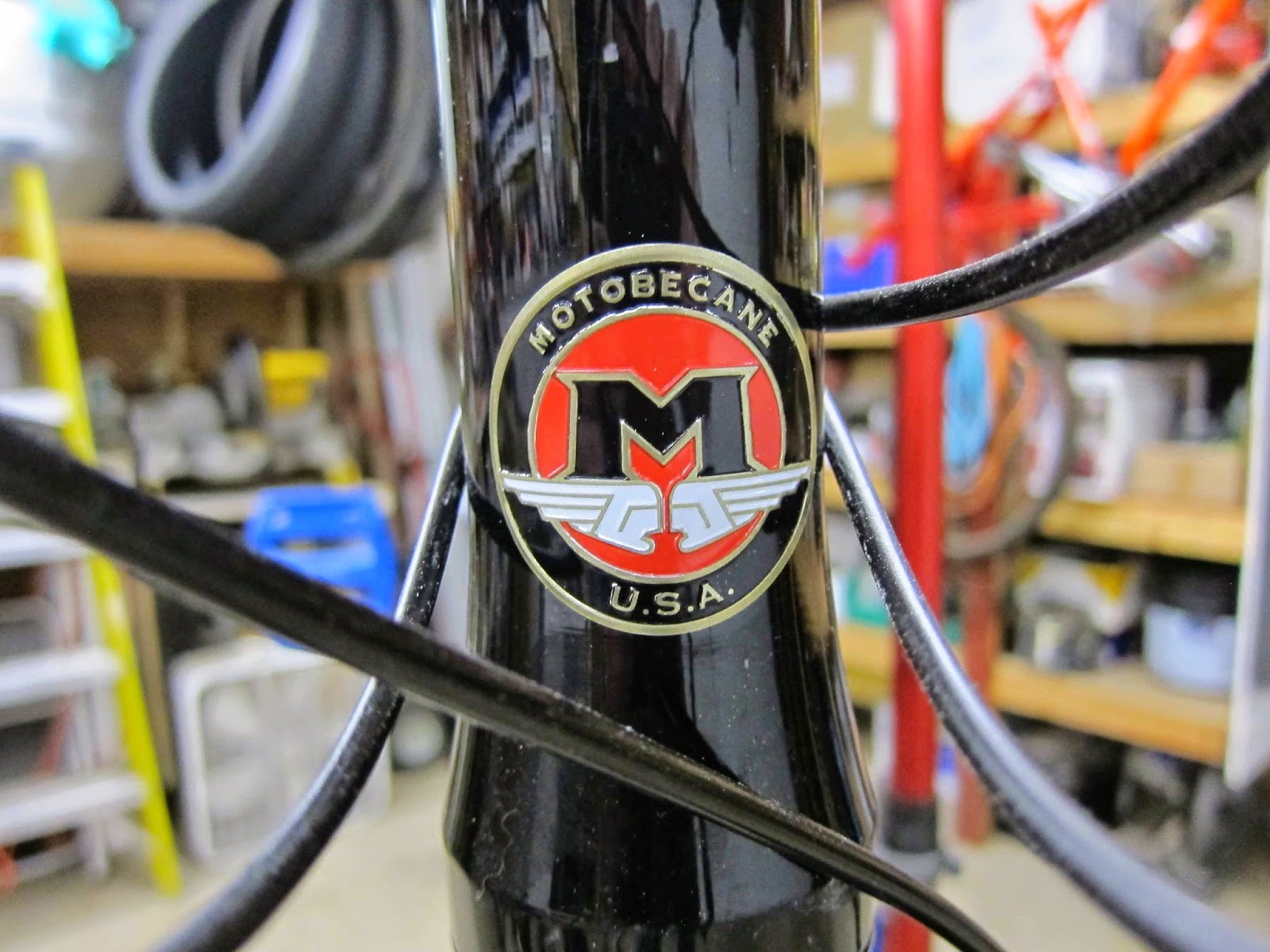 As of tonight, this is my girlfriend's best glam shot.  (IMHO) 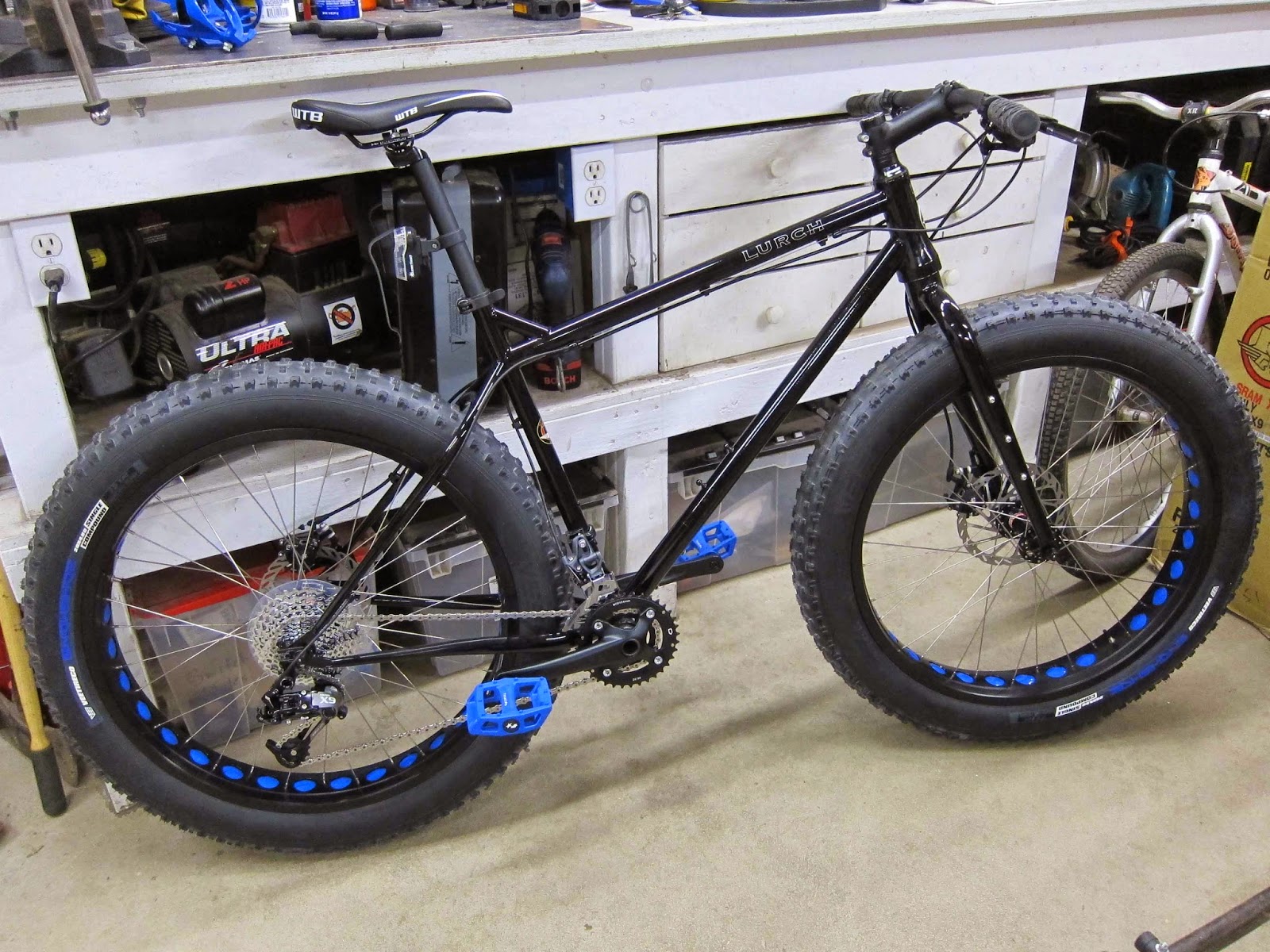 From my perspective, she can only get better, thanks to my efforts. Conversely, she may see things quite differently and crush me with her vengeful wrath. Only time will tell.  Relationships are brutal.
Posted by Pat S at 12:21 AM

Cool. Cool. Cool. Actually looks like there's ample seatpost, too. Now I just have to wait for the 18" to be in stock -- or see if I can use my old bike world forever discount and go with a pugs...(and a trip to Seattle to get it).

The ICT is a bit stretched out for me, geometry-wise, but those dropouts looks so much better. Can't really buy a bike based on dropouts only -- although I've dated on lesser criteria...

Stine, I was initially so totally non-excited when I pulled this bike out of the box. It felt like a pile of cheap parts that was all scuffed and dinged up.

The more I goof with it though, the more I am really starting to dig it. The dropouts are actually really cool. It's such a versatile fatbike - I think it's gonna be a ton of fun and great bang for the buck.

Looking forward to long term reviews. The price is inspiring enough to consider my need for one of these.

Thanks for the much needed fix of your prose and wit.

cool! i've thought about getting a bikes direct 'around the town' bike, but now know they're not for me - I had trouble replacing my rear shifter cable.

Searching for the Best Dating Website? Join and find your perfect date.