You may or may not remember that back in March, I was all fired up about the prospect of a 2012 fat-tired cross-state tour on the John Wayne trail to mark the upcoming anniversary of my 50th year on the planet.

Subsequent to that post, I got pretty buried in research and talked to the State Parks Ranger who is in charge of dealing with that portion of the trail between Tekoa and Lind (DNR has jurisdiction over the portion from Lind to Beverly) and then applied for and was granted a permit allowing me multiple day trips on this portion of the trail during the months of April through June. 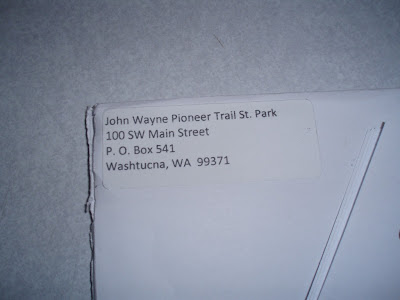 Along with the permit, the package I received from Ranger Truitt contained a bunch of great information regarding the use of the trail, along with a detailed map of the trail, broken up into four 8-1/2" x 11" sheets. In color. 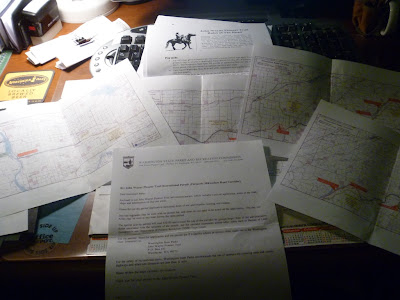 The reason for structuring my permit request the way I did was that I'd planned to get to know the trail a day-trip chunk at a time, over those three months.

And then all pump track hell broke loose.

If you've been following at all, you will understand how this sick obsession strangled the life out of any competing bike interests, so I've not used the permit once. Now, with June almost a third gone, I'm experiencing the bike-exploration equivalent of the ticking of a biological clock. In other words, I'm fraught.

Looking at my schedule, this coming weekend is probably my last chance to bear fruit and so I'm trying to birth a plan to get out to that bit of the trail that runs along Rock Lake - it's by far the most interesting stretch of the far eastern portion of the trail, what with it's trestles and tunnels and views of the lake.

Unfortunately, the trail along the lake is not continuous . . . there's a one mile stretch that's owned by an, umm, 'obstinate' land owner, who refuses to allow public passage to this piece of state heritage. 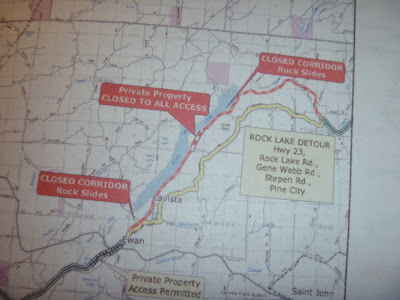 But whatever, there are a coupla different ways to deal with the obstacle. The main thing is, I'm gonna explore whatever of the John Wayne Trail and roads around the lake I can on one of the days this weekend. I have a fairly epic 60-ish mile circuit mapped out here, but I'd be just as happy doing the drive-and-park deal and enjoying the best parts of the trail at a fraction of the mileage.

Where I'm going with all this rambling is that if you're interested, you're welcome to join me. Just chime in and we'll figure out a plan. The only non-negotiable detail is a greasy breakfast on the way out.

And speaking of the way out, I took this picture at about this same time last year. 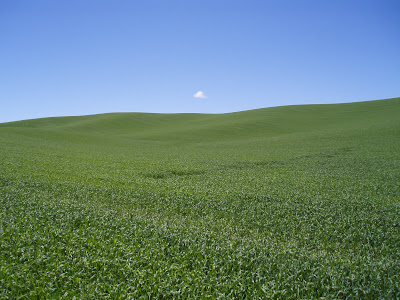 It could possibly be my best ever landscape picture and yet I think it could be possibly quite pale in comparison to what we see at the lake. I'm not trying to sway you, though.
Posted by Pat S at 11:07 PM

Looks like an awesome trip. I'm so happy they're reopening the Snoqualmie Tunnel (scheduled for July 5).

This coming weekend? Like, tomorrow? How can anyone with a life possibly arrange to go on a trip like that on such short notice?

In other words, I'm available. Not Sunday, but Saturday is good.

I'd probably just take my ss mtb, so I may be too slow for your pumped up fitness.

Also, I notice that your proposed route looks suspiciously like your pump track layout. Like 60 miles of pump track. I'd die. I rode a section last year, and it's not exactly the Centenial Trail. Very pretty, though.

Anyway, I'd be up for at least twenty miles. And I'd bring beer.