Today was to have been part one of my first-ever attempt at back-to-back evening pump sessions. Different groups each night. But as mother nature would have it, she would not have it.

Thing is, among the various bike disciplines, pumptracking is maybe the most weather-senstive. A bit of moisture is good and even necessary for a track, but anything over that is dangerously slick and will subject your track to damage in a hurry. It pretty much poured, for the first time in weeks, so that was that.

The first half of the reason for planning doubles is that I'm sensing the impending change of seasons, complete with dwindling daylight and disabling precipitation events, and the pressure is on to get as many sessions in as possible, while there's still an opportunity to do so.

Other part of the doubles equation is that it takes so much work to get the track ready that when you do, you wanna take full advantage of the readiness. I think maybe that's one of evolutionary conclusions of a pump track proprietor - there's just not enough time to keep the track in shape all the time, so it makes sense use it in bursts.

Anyway, in preparation for the back-to-backs, I busted ass and had the track in maybe its finest-ever shape, as of this morning: 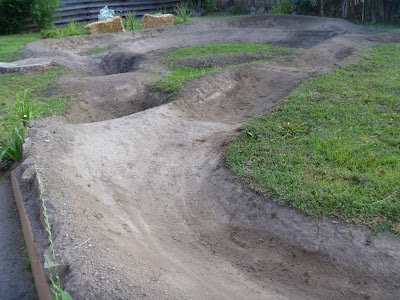 But you know, best laid plans and all that.

I'm happy to report, however, that we moved things under cover and made the best of it. 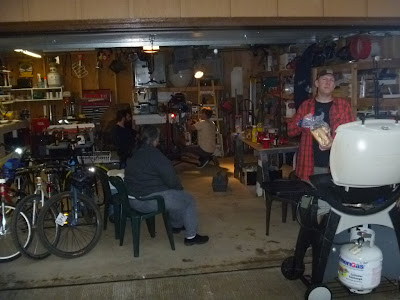 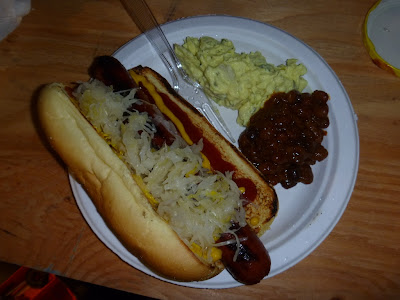 Thanks to Joe, Robin, John, Jon and Glen for hanging out, despite the shit weather. It wasn't quite the fun we had hoped for, but it was the next best thing.
Posted by Pat S at 10:14 PM