MARKSALOT HAS LEFT THE HOUSE

It's been a little quieter around here lately. I guess my last beat-down was too much. Probably off harassing politicians who don't have the time to respond. Marksy always feigned respect and civility by starting each letter with "Dear".

It worked, to some extent, and I miss Marksy, in a sick sort of way.

Speaking of nausea, Earlier today I thought I was preggers with John's baby. 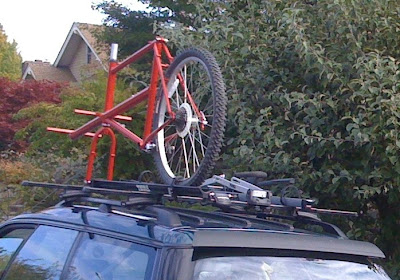 Turns out I was just hung over and he's the one giving birth. Probably right at this moment, in a cold, depressing, poorly-lit garage.

Speaking of John, he put me in touch with Alex. I want to start building bike racks (not the kind you lock your bike to), and Alex is really good at it and incredibly generous with his time and talents and materials and offered to give me a crash course. In my haste to accept his offer via email, I was typing so fast that I melted the space bar on my keyboard. I'mnotsurehowmyreplylooked,buthestillopenedthedoortohishouseandletmein.Itwasawesome.

You don't get invited to someone's house that you've never met before and who's doing you a humungous favor and then start snapping a bunch of pics. Seriously bad etiquette. But I can show you what he lined my pockets with on the way out the door: 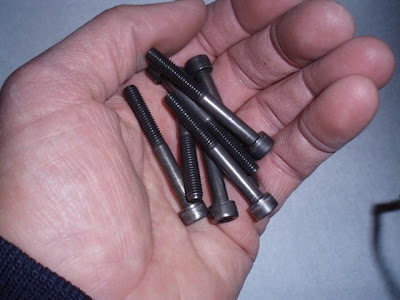 Probably doesn't mean much to you at this five minutes, but I swear you'll go all crazy when you recognize them in a future post.

Speaking of getting in your car in Seattle and getting out five hours later in Spokane, I have no idea what the term "colder than balls" actually means, but it accurately describes how we felt when we opened the car doors. I heard this garbage weather came down from Canada, so I'm blaming our neighbors to the north.

Speaking of frozen balls, I don't know how you guys keep your bikes clean in the winter, but I keep a short hose draped over the railing of my deck and sometimes, when the grime gets too deep, I hook my frozen hose to my frozen faucet and clean my frozen bike while I freeze my ever-livin' ass off. It depresses me to even think about it. But I'm ready. 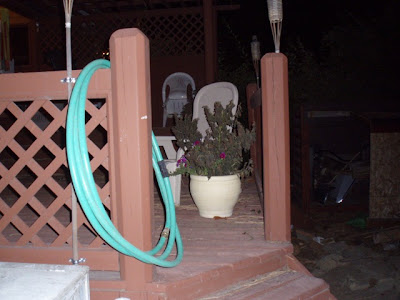 Speaking of pumpkins, ours stayed out overnight last night while we were in Seattle. I hear it got kinda cold. When I got home tonight, I cut them off the vines and put them inside, 'cause I hear it's gonna get kinda cold. But I have no idea if I'm too late and they're toast. Different people at a birthday celebration last night who had been drinking gave me a vast array of opinions, so my confidence is in the toilet. If you know anything, I would be obliged. So there you go. Not even two weeks ago, I wrote the most boring post of my life. And now all this fantastic krap is going down. So there you go.
Posted by Pat S at 9:05 PM

The pumpkins are toast, so says my wife.

I'll take her word for it, but only if she's sober.

I've not grown pumpkins, but I've grown other stuff. I would figure you could tell if the pumpkins are ok.

Basically, are they squishy or discolored (they don't look discolored)? You know, the tell-tale signs of plant material that has frozen and had its cell walls burst.

Even if they were frozen, you might still be able to use them for baked goods. I suppose that would be your call once you opened them up and gave them a look.

Also, it's possible that the outer skin protected the inner flesh from becoming really frozen. I know it was pretty cold, but it's possible.


So personally, I would open one up and give it a look and see what you think. My senses rarely fail me in the kitchen - if something's bad I can usually tell between sight, feel, and smell.