I'm not a photographer, but I'd like to be able to visually convey things on this blog with some reasonable image quality.  And occassionally getting lucky with an image that's actually good would be alright with me.  It seems like that with the current level of technology, the machine that lets me achieve this goal must be out there and shouldn't be that hard to find.  I'm not asking for something idiot proof - I'm happy to think a little, I just don't wanna have to make taking a decent picture my life's work.

My last purchase in pursuit of this goal was a pretty major fail.  This cam may be a tough-guy, but the dude takes some seriously krappy pictures, and I've had my fill of fiddling with him in an effort get something decent to show up on the memory card.

I've lately been seriously close to the edge on a Canon S95, which can currently be had for about $290 since the newer-more-better S100 is out, but I haven't quite had the guts to step off the ledge. Maybe there's a different possibility of a solution, though.

Patty and I are way outdated on our cell phone hardware and our service contract expired a very long time ago.  Her phone actually totally died a while back and we got her a cheap "go phone" (cheap being the operative term here) and have been nursing that solution along.  But we've known the time was coming and it turns out that our patience was all up and today was the day.

I'm graduating from an iPhone 3G and you already know what she's graduating from.  I couldn't care very much about most of the differences between the 3G and 4S with the exception of the on-board camera.  Back in the 3G days, the on-board cam was just a POS - good enough was good enough and there wasn't a lot of expectation.  But we're now a coupla generations evolved and the  expectations are way higher and the cam on the 4S has been getting some good press.  My hope is that it'll be able to be my everyday picture-taker that's good for 90% of what I wanna show you guys.


I took some pictures of tonight's activities in different parts of the shop and house, in different light conditions. Without knowing anything about the camera controls or anything else about it. Indoor light stuff just sucks, but I was hoping it would be simply PhD (press here, dummy). Some came out okay and others just okay.  So apparently some more goofing around is in order.  I'm still hopeful that I can get a reasonable picture with some reasonable effort, though. 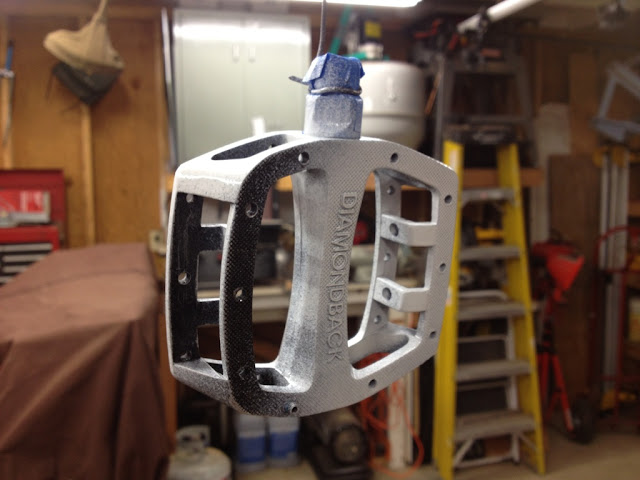 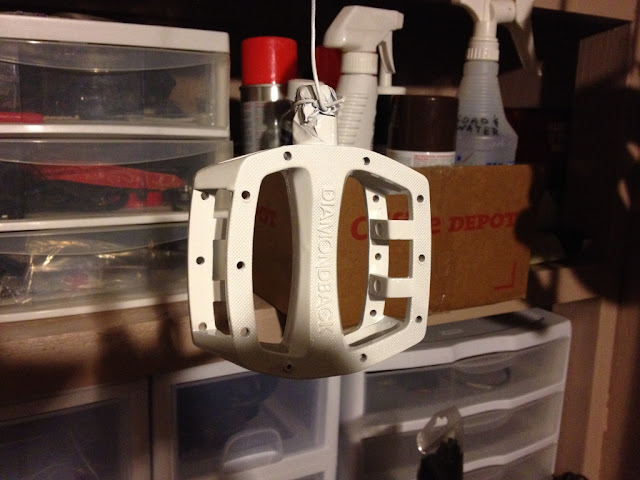 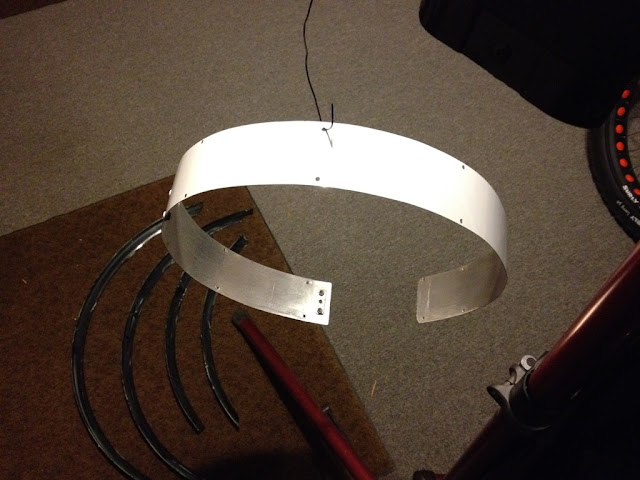 Camera stuff aside, you probably now have a pretty good idea about what I've been up to tonight.
Posted by Pat S at 11:33 PM

Find the camera Hank uses and buy it. I have no idea what it is. But it's perfect for outdoor bikey stuff.

What is the ring you're painting? is that a fender chunk? If so, I totally stand behind white. That will be pimped

What's attracting the spammers to you, Pat? Working on better images and correct subject matter?

No, I'm afraid it's my signature on Mountain Bike Forums. Might have to rethink my exposure there.

You can't go wrong with the Canon G12. I've got a G9 (older version of the G12) that's been used and abused and is still running just fine. I think it's 5 years old. The G12 will let you use it as a full manual and do all sorts of tricks with it or you can set it to auto and just blast away.

These were all taken with my G9.
http://www.flickr.com/photos/72feetabovesealevel/

the s 95 is an awesome camera, and i dont think you'll want much more for a while after getting that. I just got a panasonic GF-3, becuase they're running an exceptional deal of 2 lenses and the body for 500. its really tiny for an slr-ish camera, and it has some cool things about it.

Your blog photos are great. A Canon S95 is a nice camera and is small enough to actually carry around on a ride.

No matter what you do taking quality indoor shots is tough without investing in lights. If you have a tripod you can use that to get sharper photos with your current indoor lighting and you can adjust the colours in some basic photo editing software if the indoor lighting isn't providing accurate colour reproduction.

Nothing beats soft light at dawn or sunset though.

You might be qualified for a free Apple iPhone 7.