Of course I'd like to be playing in the snow.  But I've also got a lot of details to figure out in the next 6 months, in advance of my planned cross-state tour on the John Wayne Pioneer Trail, which I'm now pretty seriously committed to.  So one thing this dry weather affords me is the opportunity to get out and do some railbed riding on it much earlier than I otherwise would.  Today I  headed out to Cheney and the Columbia Plateau Trail, for my first taste of railbed fatbiking. 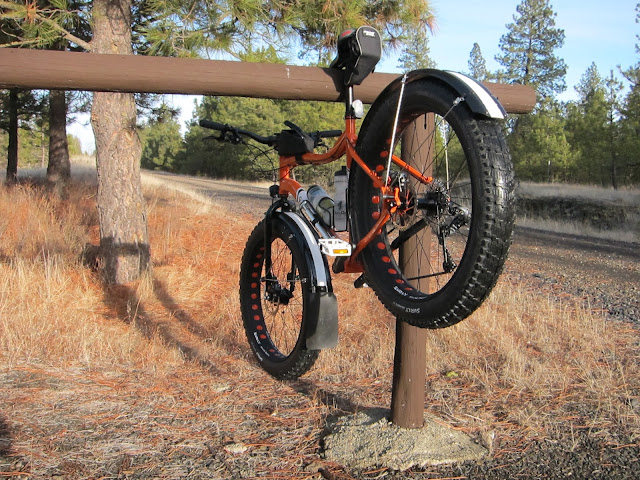 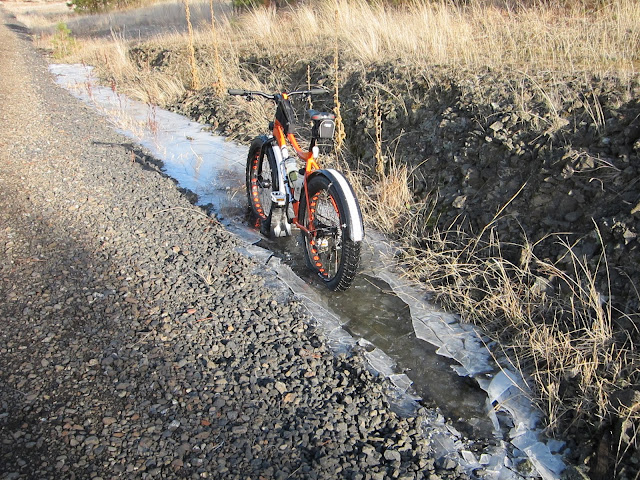 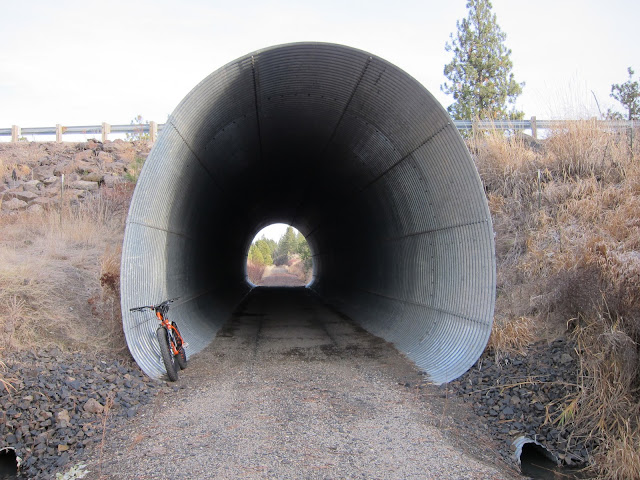 One of the things I've been wondering is what kind of average speeds I can expect, so I can plan my progress on the big trip. Today's outing was 21 miles at an average speed of just under 10 mph. I'm in terrible shape and that will have to change, but on the flipside, I wasn't packing any gear. At this point, I'm guessing 10 mph is a pretty reasonable number to shoot for on the big trip, on average. I still need to get out on some of the eastern portion of the JWPT though - it's a different animal than what I rode today. Soon I will.
Posted by Pat S at 7:46 PM