I've been having trouble with the Alfine 8 speed internal gear hub on my karate monkey for quite a while and basically, the problem has gotten to the point where the bike is unrideable. The problem is that in 4th gear and only in 4th gear, the hub every once in a while "lets go", or in other words goes into freewheel mode.  It normally happens at the most inopportune times, like when the light changes and I want to get on it and hammer through the intersection - at which point I end up flailing wildly at the exact center of the intersection just to keep my balance, to the amusement of everyone else sitting there waiting for the light to change and watching.  I mentioned the problem to John who mentioned it to Alex who mentioned to John that I should try "dunking it", who mentioned it back to me.

I didn't know what this meant, so I looked it up and sure enough, there are about a hundred thousand online testimonials from people who have taken apart their Alfines and bathed them in automatic transmission fluid (I know, this is starting to sound extremely weird) and then put them back together to find that they work better than any bike or non-bike device in the history of the universe.

This post is in no way intended to be instructional.  Go to one of the hundred thousand other sites for that. The only thing I would like to point out, from my own experience, is that things are not always as easy as they appear to be on other people's websites.  Never does anyone mention accidentally spilling a small bucket of solvent all over the floor of their shop and then subsequently spilling a small bucket of brake fluid all over their work bench and then dropping part of the slippery-ass guts of the hub on the floor and having to get down on their hands and knees to look for roller bearings that exploded out of the carrier when it hit and could be anywhere in their shop. And that they probably came up one short.

I'm not saying any of this happened to me.

I'm just saying that something went down and it didn't go as planned and everything did eventually go back together and there are a few pictures. I don't want to talk about it other than that. I hope it works better now, but if it doesn't, I'm not going back in. Life is too short. 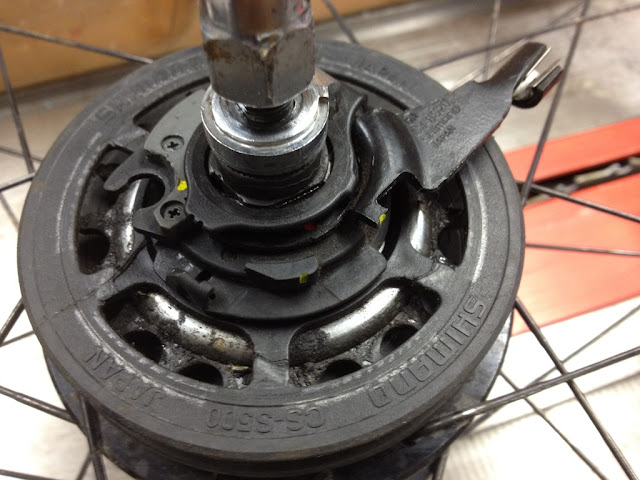 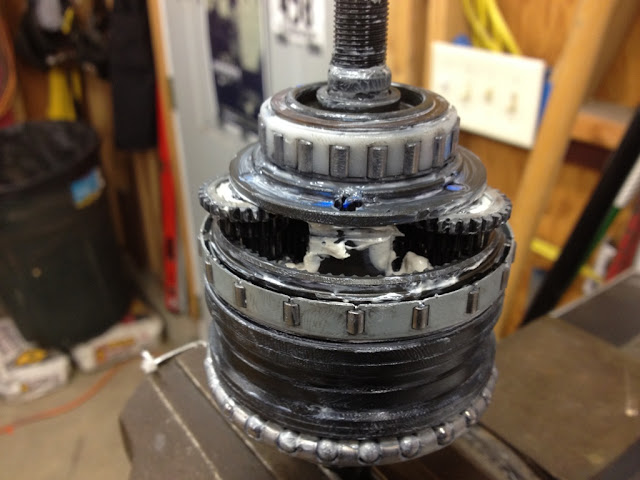 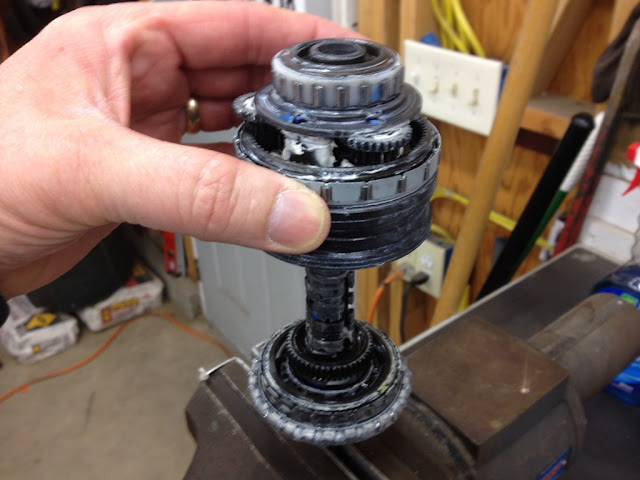 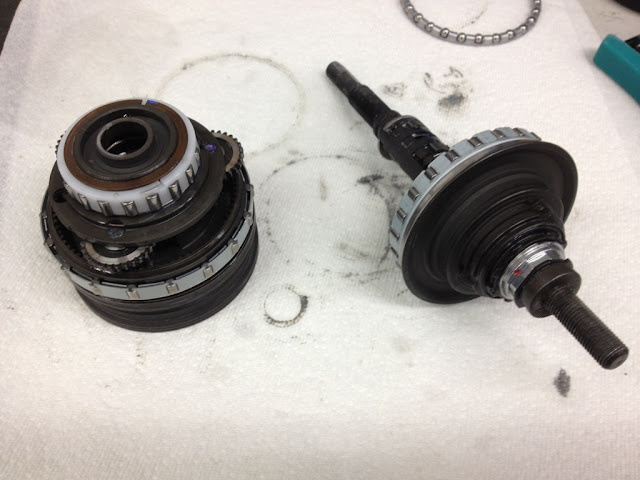 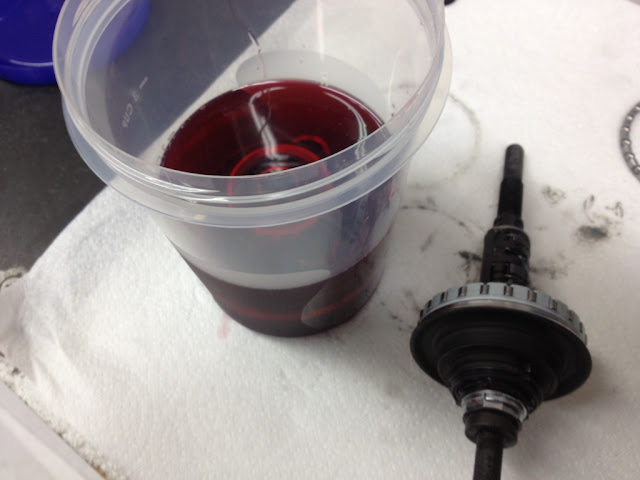 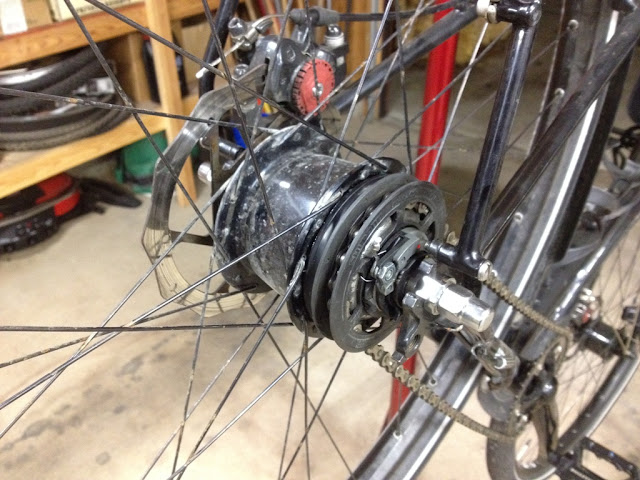 Well? Has "dunking it" resolved the problem of skipping the 4th gear?
I have the same problem with mine hub...

So far, no skip in 4th. But there's a new problem - it shifts slowly in other gears, especially the lower ones. I need to get some more miles on it before I can tell if it was a success. I'll post something up once I do.

If you want your ex-girlfriend or ex-boyfriend to come crawling back to you on their knees (no matter why you broke up) you need to watch this video
right away...