Last year, Pat bonded with a hat. Like, seriously bonded. With a hat.

He would just like to say it before you do: "Holy hell."

But in his defense, it was a GREAT hat. Maybe it still is.  He thinks not, but he isn't entirely sure.  Most of it's value now has to do with it's emotional connection to the John Wayne trip, he thinks. A relic, and a fabulous one at that.  But with expired functional value.  He thinks.  Mainly because it went through a stint in hell which inflicted much torture upon it and which culminated in a certain episode involving the fending off of bees, which rendered it, umm, . . . kind of, uhh . . . limp.  (It's hard to tell from the  photo, but trust him.) 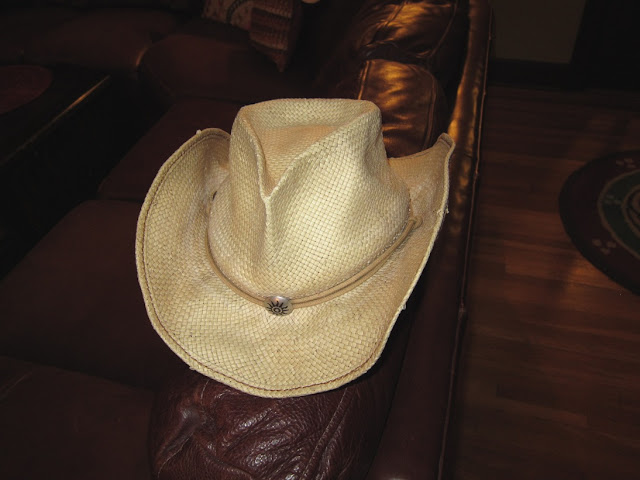 It was this brand, which he didn't know anything about, but came to trust, due to the protection and comfort it gradually manifested. 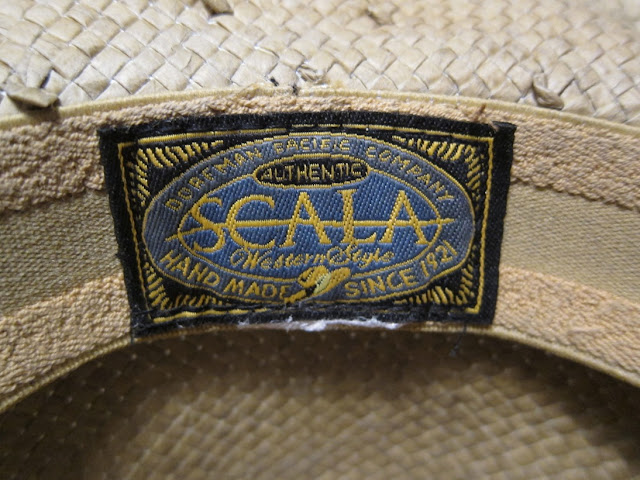 New, stiffer, hats have recently caught Pat's eye.  A fool and his money are eventually parted and as of tonight then, a second hat is on the rack. 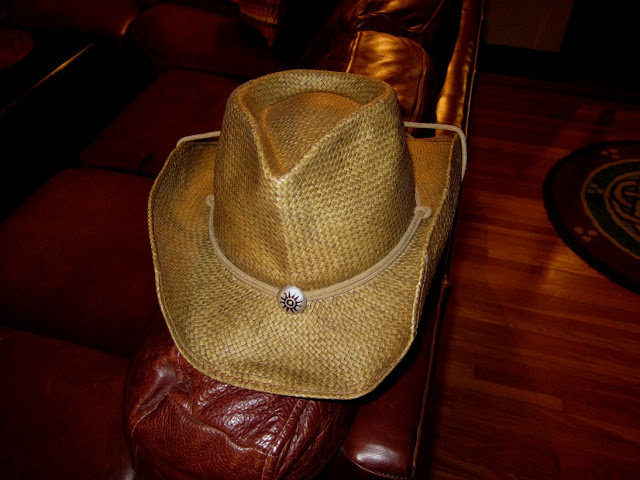 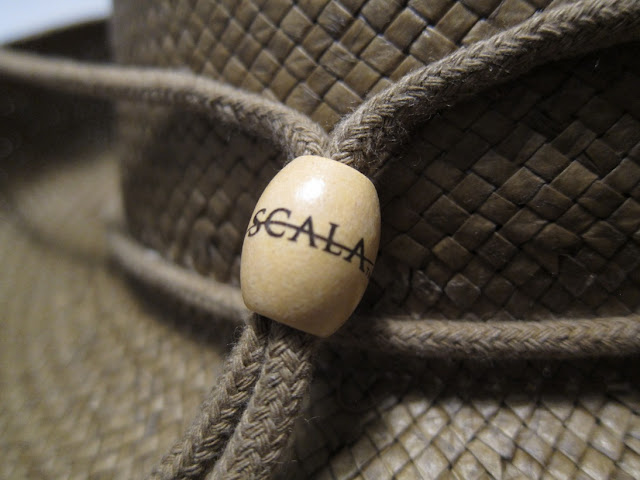 It's hard (pun unintended) to tell if Pat is somehow compensating for personal deficiencies.  Or maybe the new hat is an emotional security blanket - some kind of perceived insurance that the upcoming trip will be as good as the last.  Or maybe, just maybe, his judgement is intact and it's truly necessary that he equip himself with a hat that is 100% functional.  And quite stiff.  Only time will tell.
Posted by Pat S at 11:13 PM

Sometimes a hat is just a hat. But this hat all but screams "this is a man's world."

Yes, quite. But I believe the binding authority on this issue must be Dr. Cocker, who argues a hat would be nothing--nothing, mind you--without a woman or a girl.

Perhaps, even, that the hat is not strictly necessary.

The awareness of the awareness unit (i.e. Pat)will not be actualized by errant questions of the clearness producer. Samples of ineffective answer structures would include Rourke-laced obsenity or the unexpected appearnce of an Italian fatty with a combover.

Rather, manHOOD (and its symbols), requires a meticulously phrased question to arrive at appropriate headware responses to denote masculinity.

That question is not, then: Are we men?

Are we NOT men?

Once you whip it, however, it is too late to unwhip it.

Personally, I prefer a simple slogan like "dress right." Though I know some dress left.

Too much freedom, maybe. I hear Lance (no pun intended, apparently) has been reduced to marketing Livestrong riding bibs. He calls them Onesies.

As for Pat: Raybans and classic porkpie. Elwood or Jake?

That's a great looking hat. Very light weight and the weave is amazing. Keep it out of the rain and it should last a long time.

Get professional trading signals delivered to your mobile phone every day.