Oregon Dunes: Getting There

1,162 miles, getting there and back, minimum, according to mapquest.  (We did more, I can assure you.)

The over-buying of food.

For everything else, there's VISA.  (If you can find your wallet, that is.)

There must be methodologies for telling stories of this epic nature on a limited time budget, but I do not know what they are, and I have been wracking my brain about how to organize and present the too many pictures I took with the too full head I have regarding what this epic thing was about, in any kind of coherent fashion.  And I am coming up empty.

So I am just going to start.  Hoping that I can present it in chunks or bits that will somehow all come together in the end and make sense to you, gentle reader.

The drive down from Spokane to the Oregon Dunes is not for pussies.  It's a big, manly deal, bro.

I got to Ward's house in Yakima/Selah sometime later that same morning.

We proceeded to load our minimalistic collection of gear into my rig. 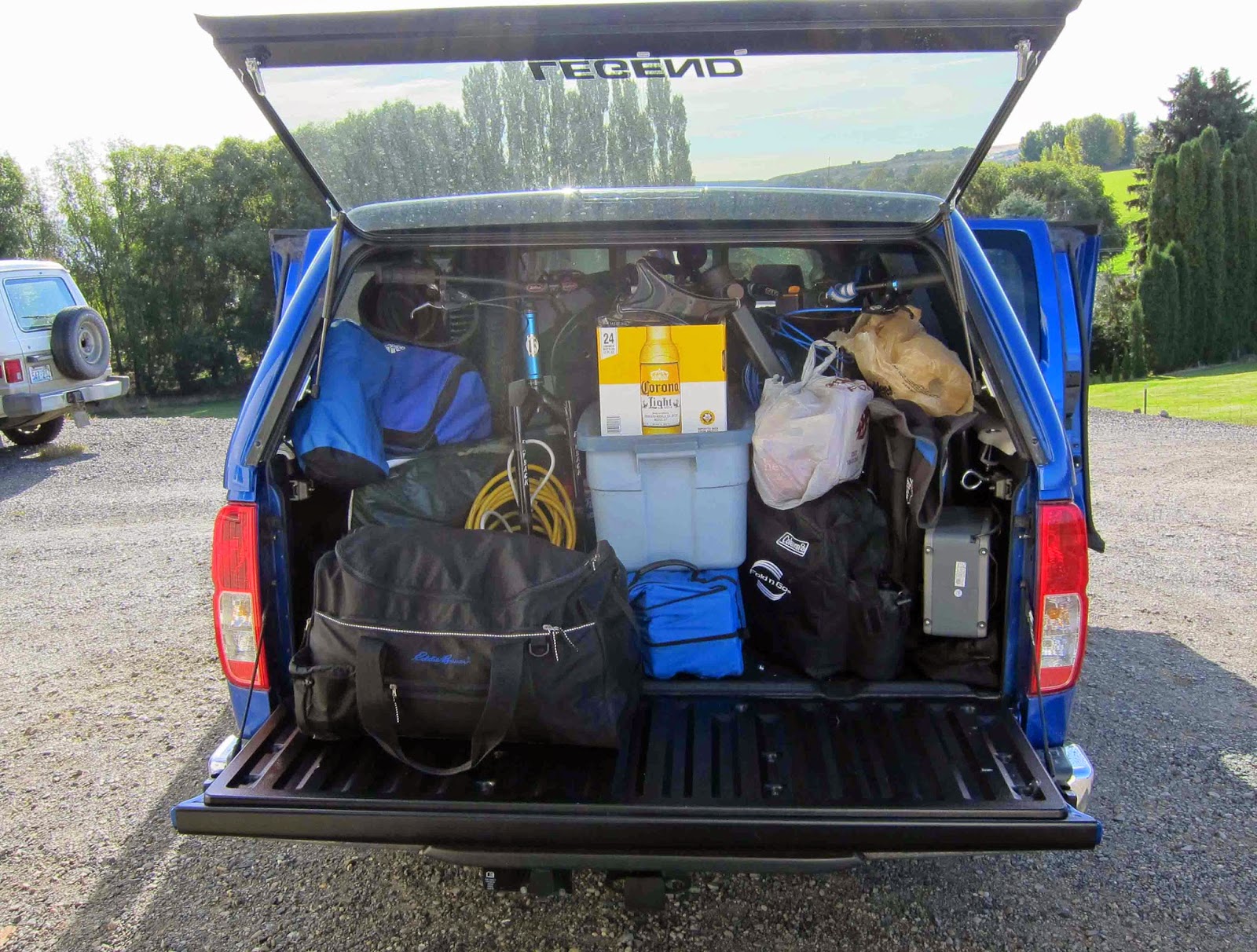 Ten thousand hundred miles did we drive, that day, including this bitch of a stretch through the greater Portland freeway system clusterfu**.  205 seems a lot like 405, to me. 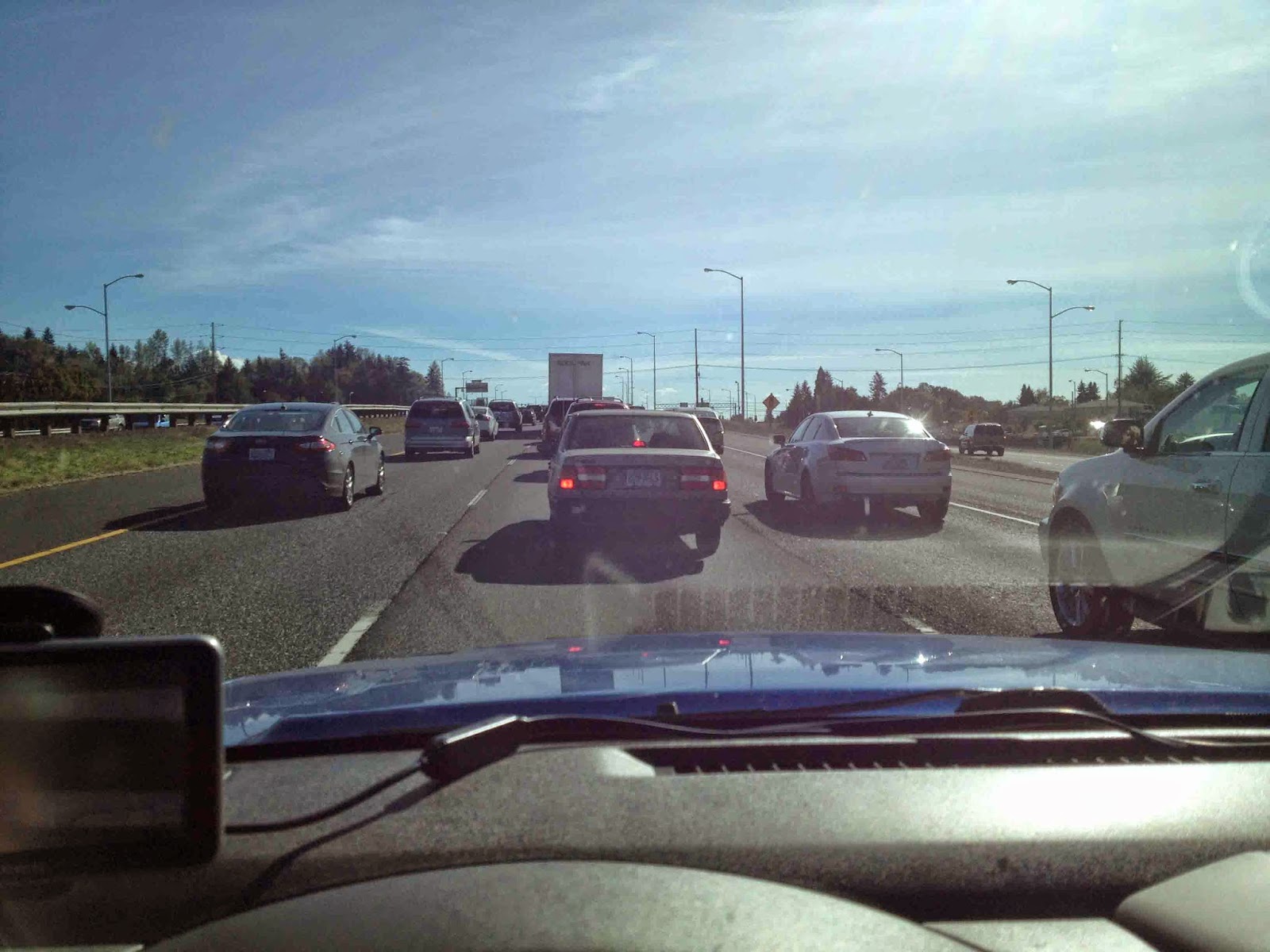 We finally arrived at Winchester Bay, Or, our destination, at around 6.  Approximatley 1/2 an hour short of nightfall.  There was much un-photo-documented decision-making frenzy, including a delightful encounter with a delightful camp host with a slow-booting reservation computer.  In the end, we secured one of the last remaining spots. 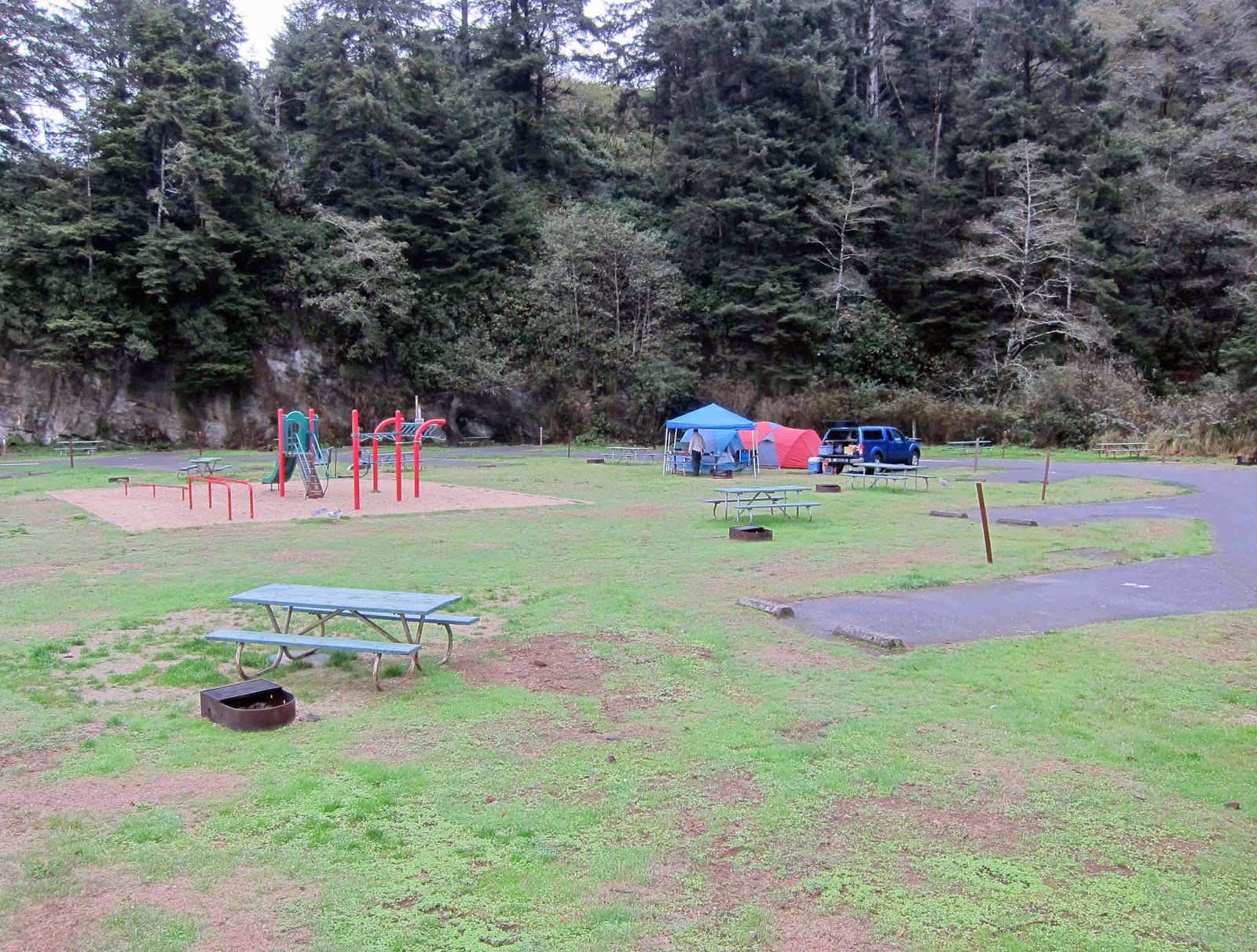 With a bonus dreary view of a rain-cloud-encased marina. Directly behind our encampment, was a steep-ass wall of heavy-ass forest.  More to come, on that. 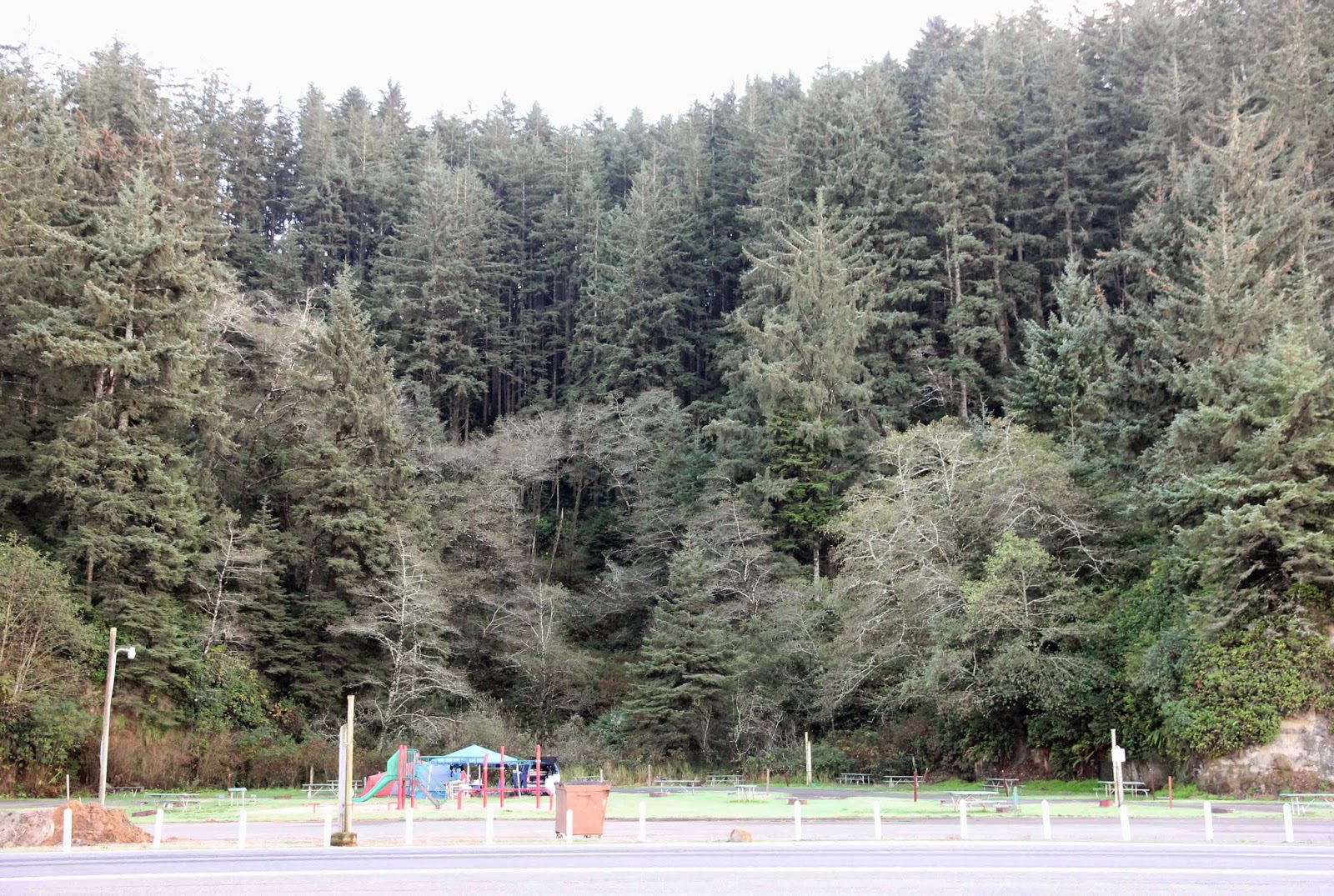 We knew the rain was coming and that we were stoic, manly men against this challenge, but an EZ-up never hurt anyone, was our logic.  Or a camp kitchen. 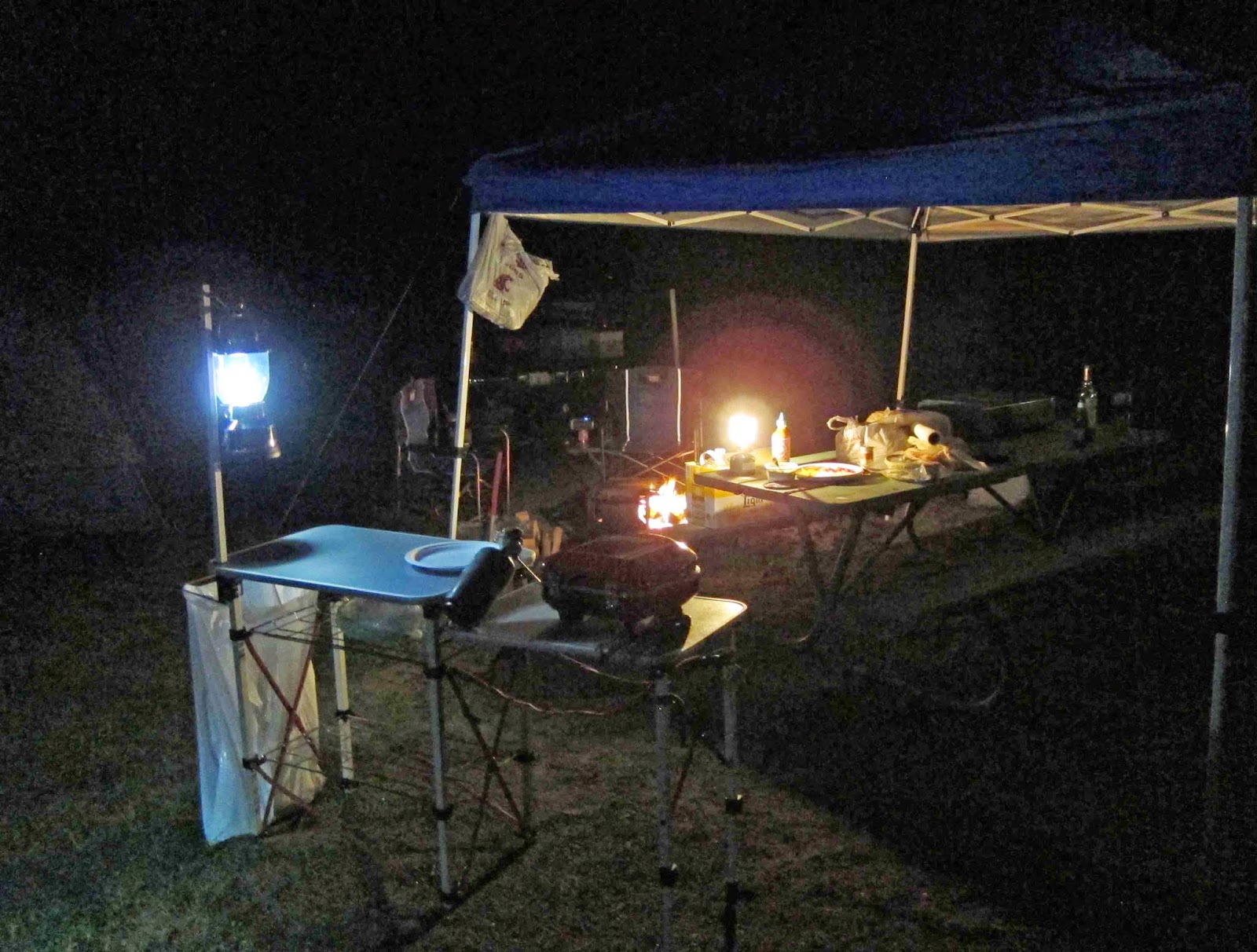 Ward had correctly predicted that we'd be in the mood for comfort food at this juncture, and I had suggested campfire gyros, based on my near-sexual attraction to the pita bread that Costco now offers.  It is insane, if you haven't tried it. 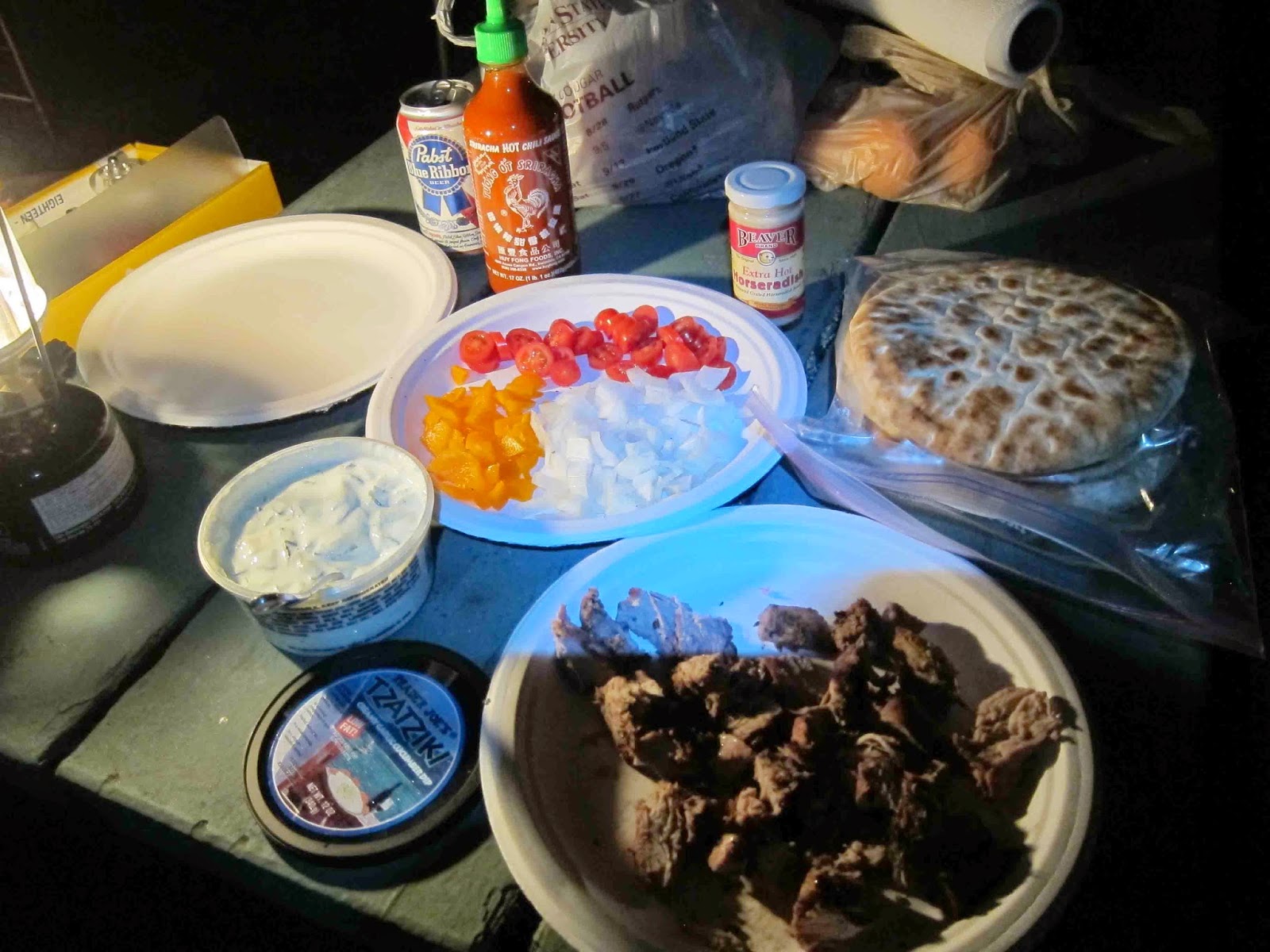 Full bellies and beers in hand made everything seem better than it was, for a while.  There's a bit of too-good-to-be-true internet fakiness in those smiles, if you look closely.  Somewhere, deep in the recesses of our subconsciousness, we had to have known it. 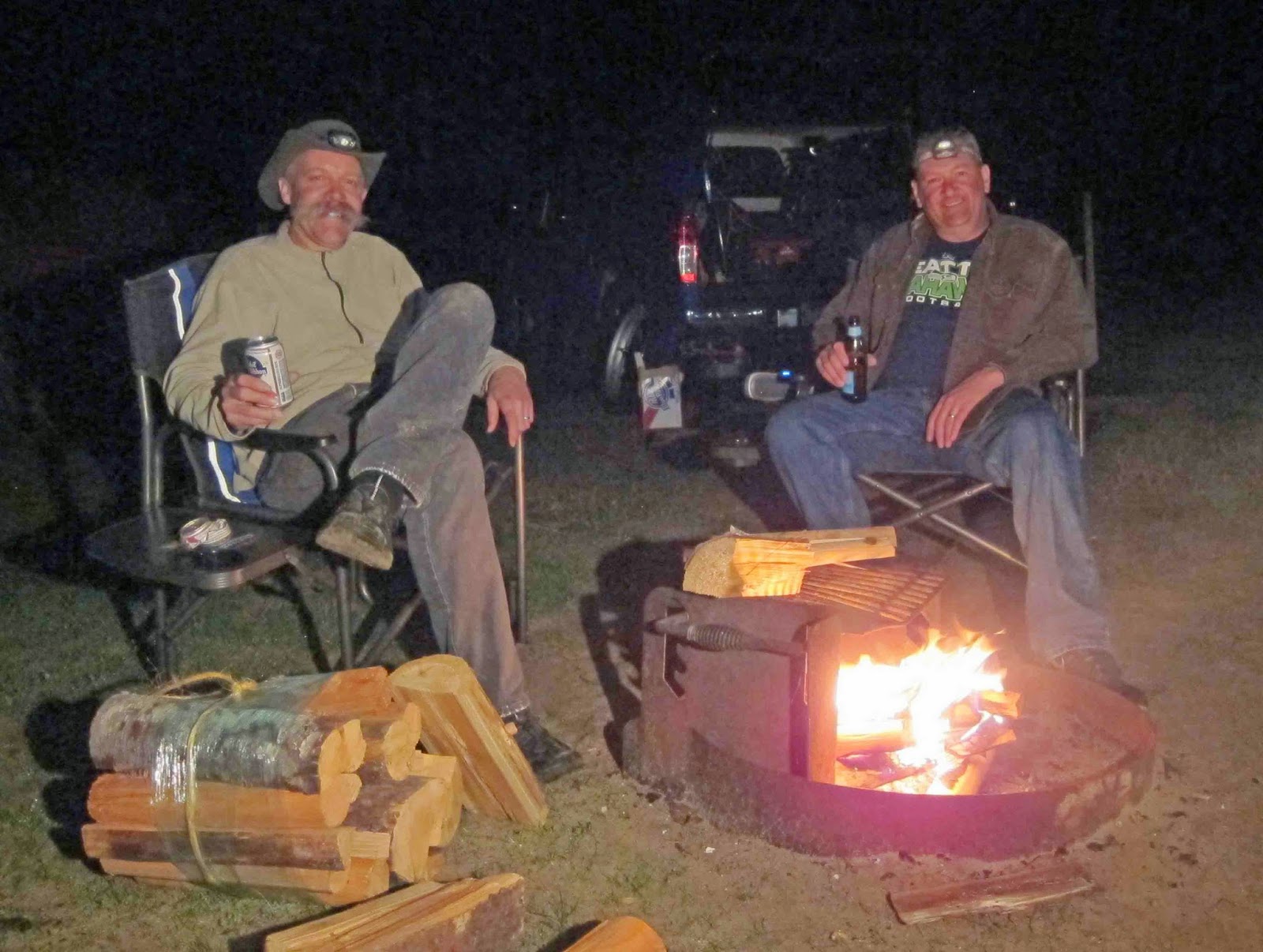 Holy living hell, were we serenaded into a place of such euphoric complacency, amidst the dire life and death shit that was about to go down on the hillside just behind us.

It was super awesome though, for the coupla hours that it lasted.  And maybe that's all we can hope for, really, as humans.  But this is not a philosophy blog, so draw your own conclusions. 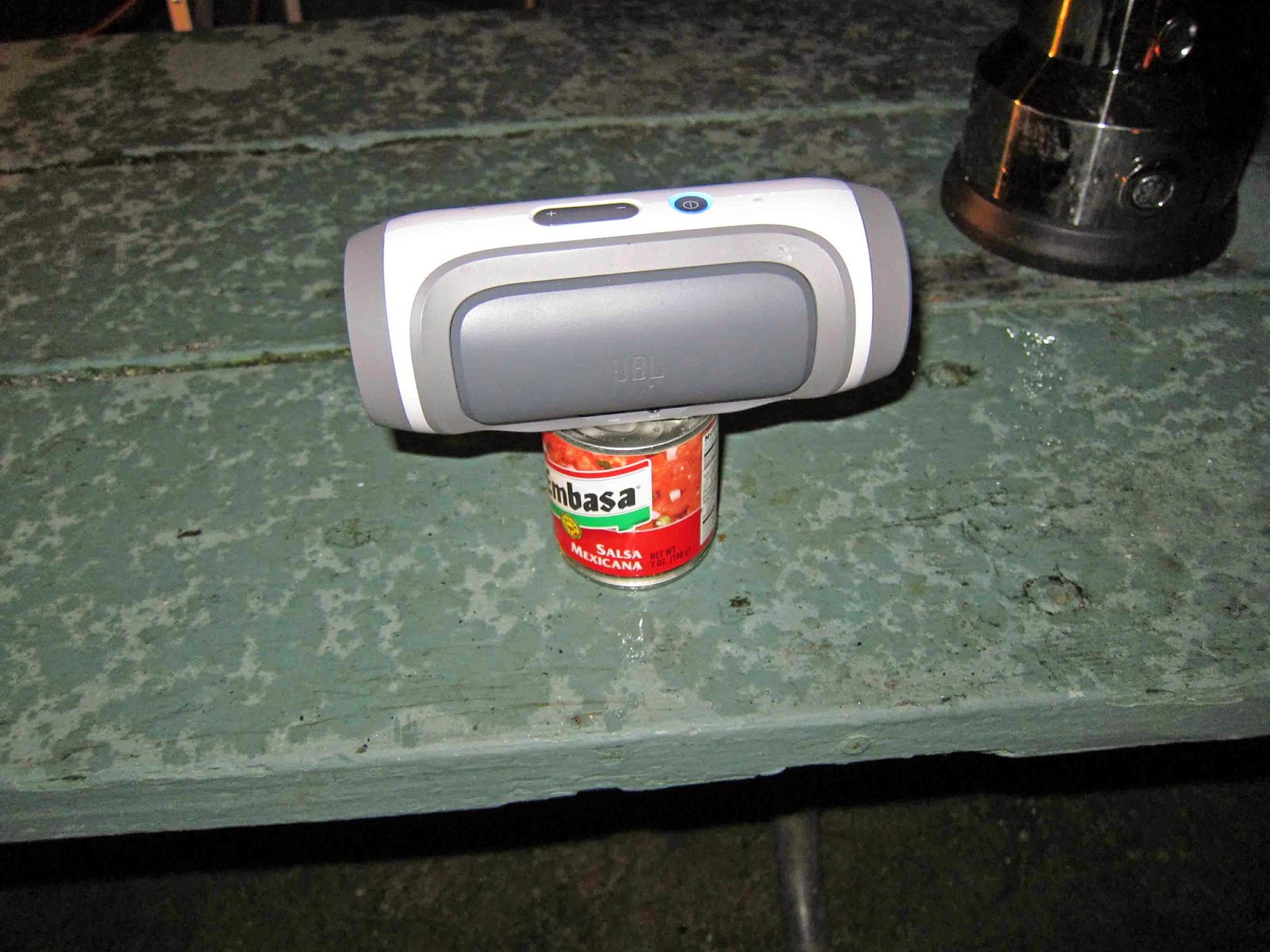 Ward is the man, and this pic proves it: Rain had begun to fall and at this point and we were fully engrossed in REALLY kidding ourselves about how awesome this whole deal was.  At about this same time, a shit-crazy ruckus emerged from the hillside behind us.  It was a life and death struggle between animals of some sort, and we guessed it was raccoons.  Super baddass ones.  I directed my headlamp into the forest and there were reflective eyeballs all the hell everywhere.  It was chaos and there were bodies dropping out of trees and everything else and it was serious shit.  And the noises were insane.

The thing is, as soon as we'd arrived, there was this feral cat that was, like really aggressive and pretty much up our butts, but at the same time kinda cute, so also kinda endearing.  Apparently, I must have designated myself its protector, and darkness and alcohol may or may not have been a contributing factor, but I envisioned that the raccoons were shredding the poor feral kitten to bits and I headed towards the woods with my cape flowing behind me, double-A battery headlamp lighting my path.  Ward wisely stopped me dead in my tracks with the hella shout, "Don't do it!!"  He rightly got my attention.

We thereupon re-focused on our own situation:  Eff the cat; let's protect ourselves.  A vial of liquid courage and a couple of hand-held weapons should do the trick, then. 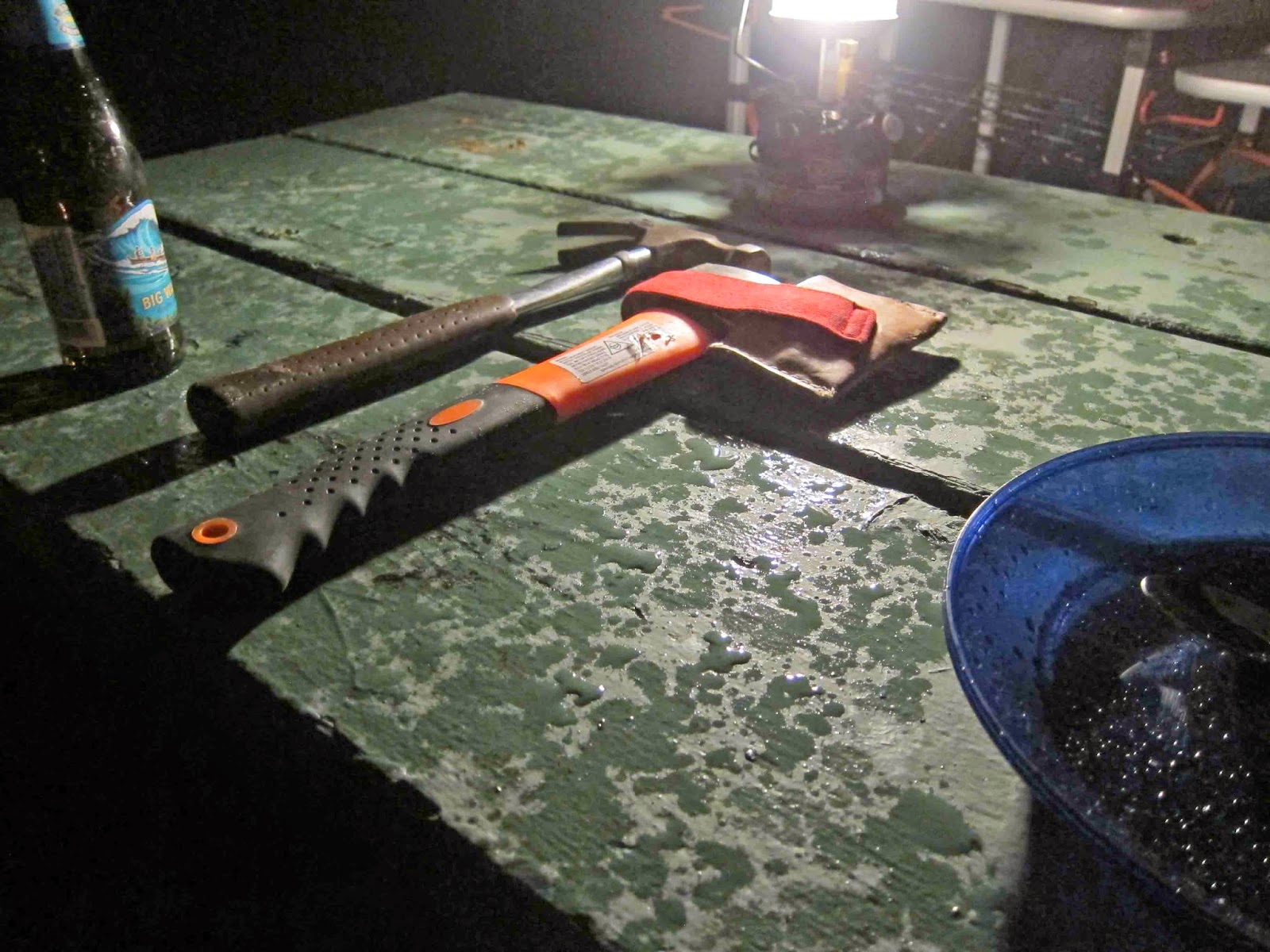 We both sorta hoped we would live through the night, but at the same time we were totally gassed from the trip and somewhat buzzed and were at the point where it didn't really matter.  Crazy, primal shit certainly ensued on that wild hillside while we slept.
Posted by Pat S at 1:08 AM

Sriracha, Beaver extra hot, and PBR- are you sure that wasn't your stomachs you were hearing and the cat just ran away to be safe?

I'm just going to hit the like button. The story was that good.

There's a chance you are qualified for a free Apple iPhone 7.