The concept is sound, but there's some tweakage to be done, upon initial implementation.  Tweakage will henceforth occur.

I invite you to use your considerable visualization skills to frame this view with a (blue) fiberglass shell, which is on order.  It may or may not get here on time.  If it doesn't, we'll get by just fine, but it would be sweet if it did, from both elements and security perspectives. 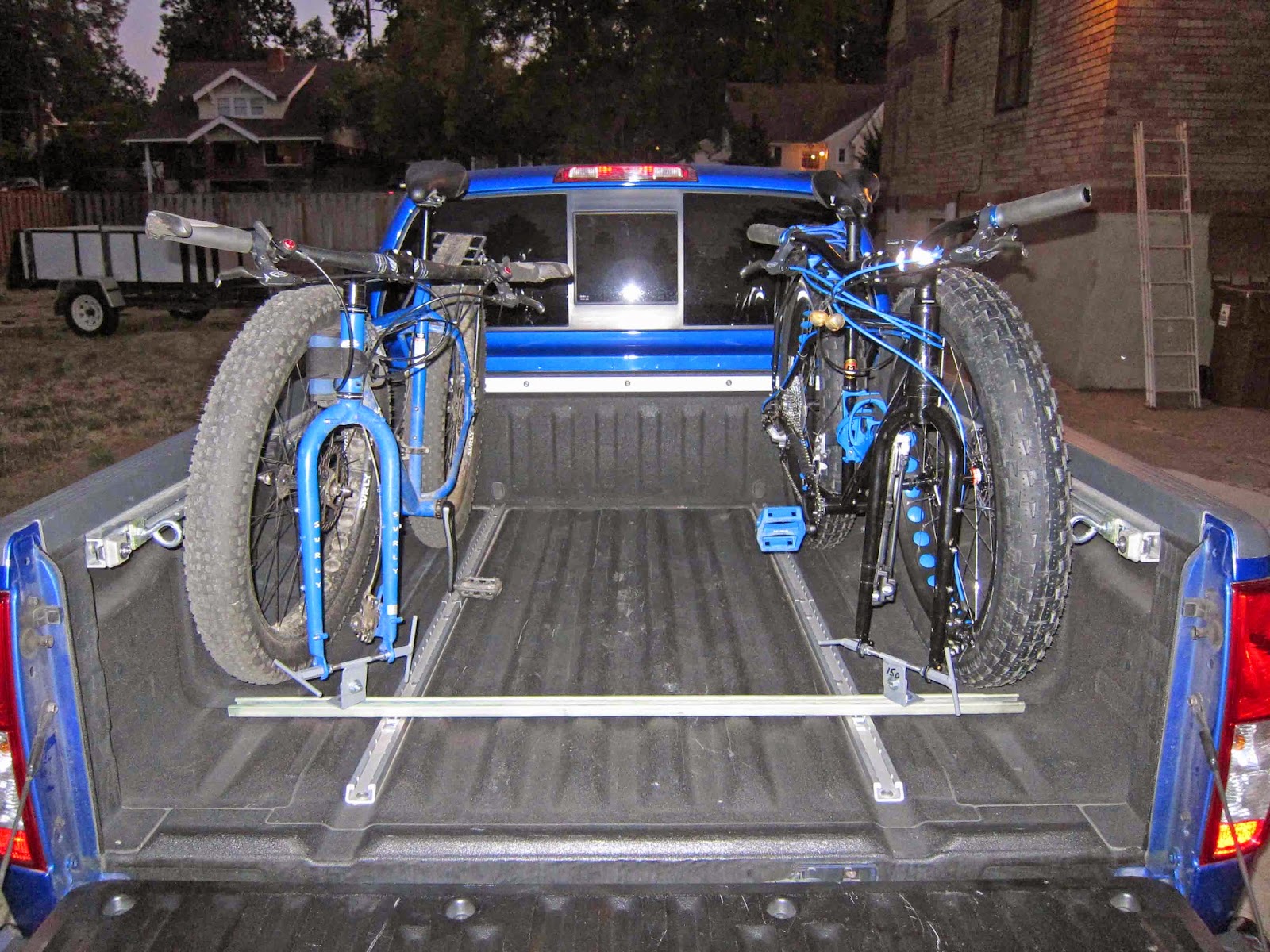 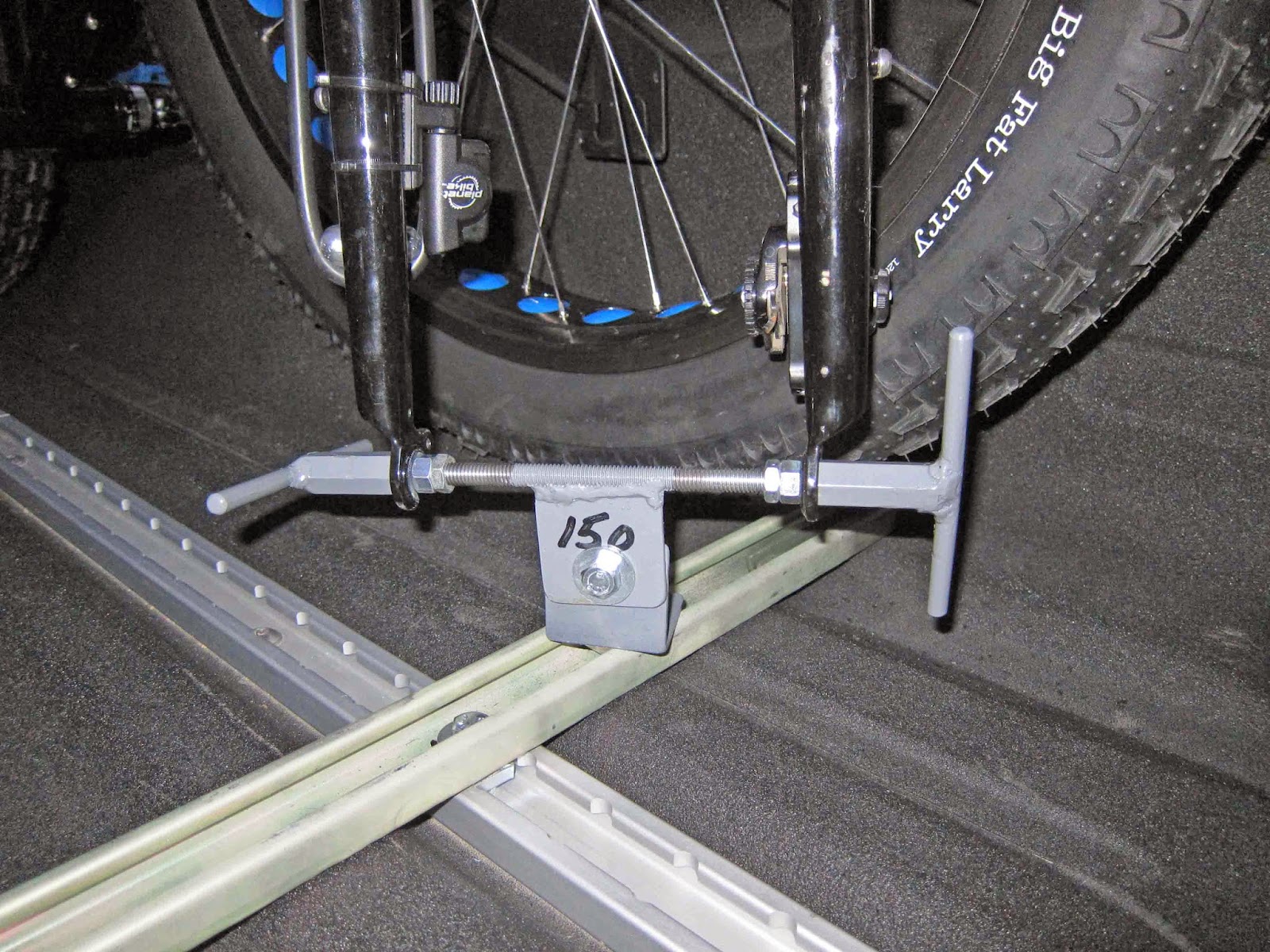 That space in between the bikes, plus the extended cab space behind the seats is where our other shit will live, which includes the considerable stash of hi-lux base camping gear that will be going along on this trip.  Rad.

On a side note, I've decided that I'm going blue and black from here on out.  For the rest of my life.  Clothes, cars, bikes, food, everything.  Along with the same requirement for friends and their shit.  Damn good thing that John's bike happens to be blue.

My final rumination is regarding the disparity of cleanliness between the two bikes and who should be more embarrassed about the end of the continuum they are occupying and why.  I strongly suspect that there are some truths about myself that I would rather not have unearthed and aired on the interwebz, on this fine, early October evening, and so I will take this opportunity to bid you adieu.
Posted by Pat S at 8:47 PM

That setup has epic written all over it. And going with black and blue? Nice. You could name your bike Bruises.

Dear sir-You are completely missing the point of a pickup truck. Just throw your shit in back and go somewhere. I feel with great certainty that your traveling companion would be quite comfortable with that. And the less removal and installation of parts for that character the better.

If you need your ex-girlfriend or ex-boyfriend to come crawling back to you on their knees (no matter why you broke up) you got to watch this video
right away...

(VIDEO) Have your ex CRAWLING back to you...?