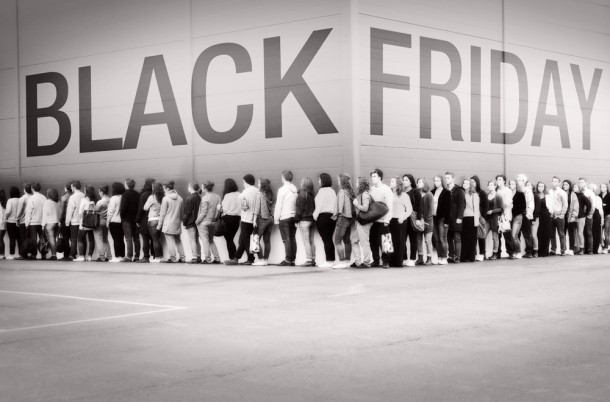 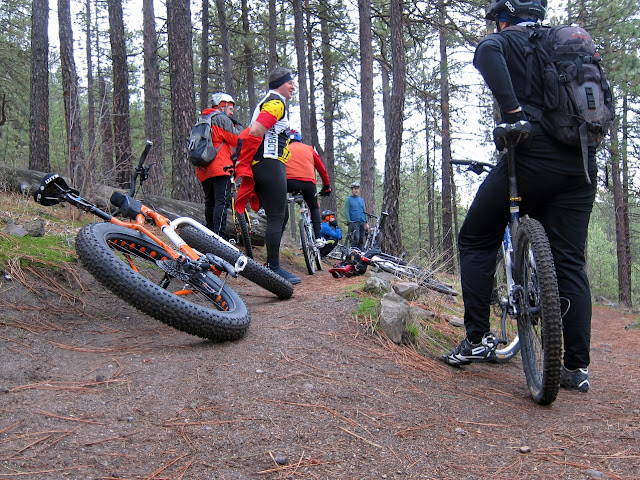 John organizes a ride every year on the day after Thanksgiving, and it's called, appropriately enough, the Black Friday Ride. The only shopping I was doing was for the best line through a few sections of rock gardens.

I've been totally groovin' on my weekend outings lately and so I have been impatiently anticipating this year's edition. As an added bonus, my MTBey nephews were in town and jonesin' for a solid hit of lactic acid and so they were down for it, as well.  Ian apparently keeps his bike in the back of his truck so that it's with him at all times, should the opportunity for a ride arise.  And I am not kidding.  Andrew was in need of a steed, so I put him on my new-ish Trek Fuel.  The following pic is from late in the ride,  but I've inserted it early in the post, just to mess with you. And because I have the technology.


All manner of bikes showed up for this ride.  Think kennel breakout - a mixed breed pack running wild with one common goal: running wild. 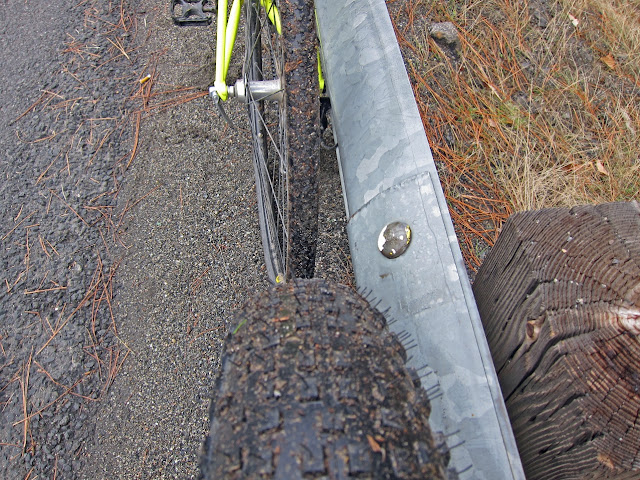 I wish I had more actual trail pics to show you, but I was too busy riding my ass off.  This next one pretty accurately reflects what I was actually seeing realtime, after filtrated through my bloodshot eyes and then post-processed through my oxygen-starved brain . . . 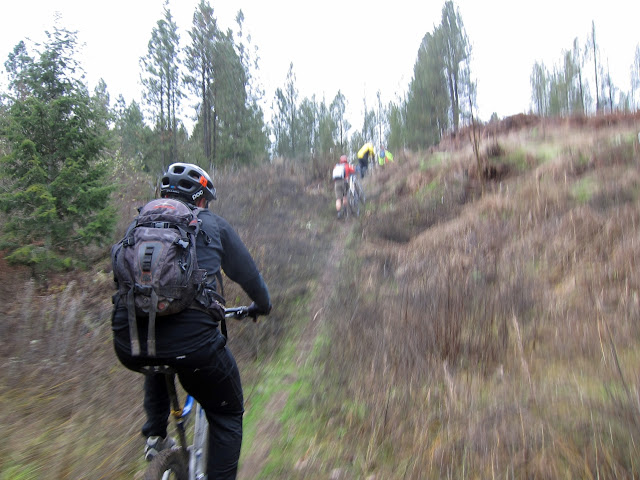 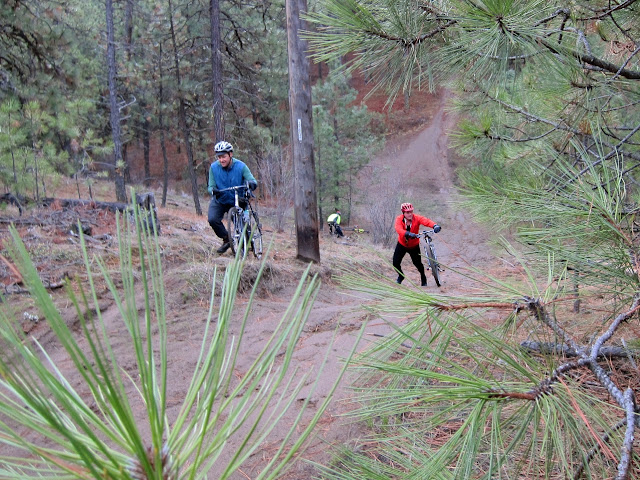 Scott is about to provide you with the textbook-proper technique for getting both you and your bike safely and dryly across a creek, in two easy steps: 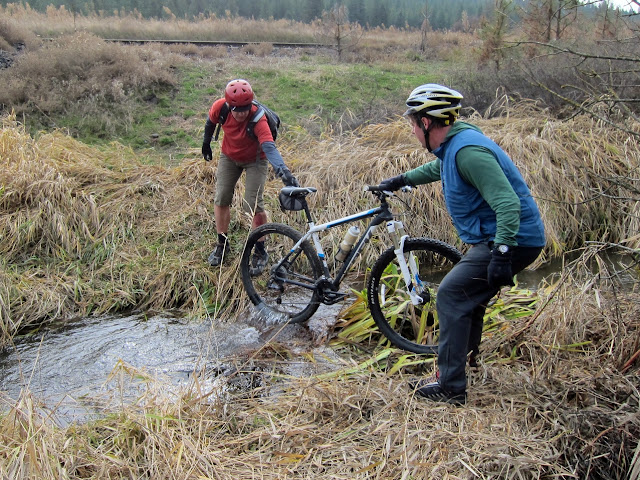 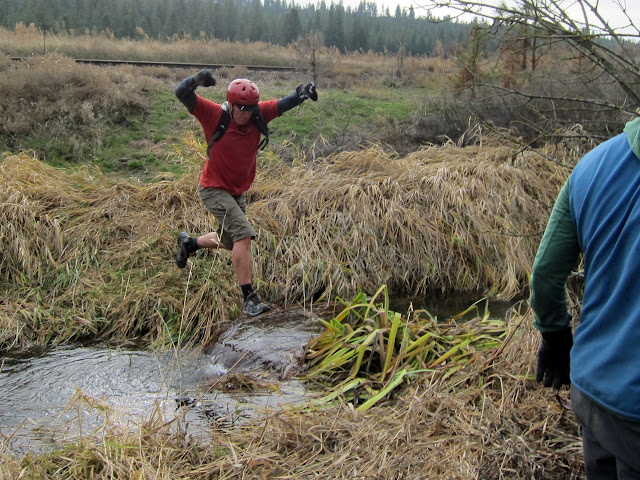 Every pack needs an alpha and ours is one crazy mutha, as you can clearly see, front 'n center there. We are obviously not the type of pack that thrives on the tiniest bit of of conformity, let alone some rigid code of conduct and so it all kind of works, I suppose.  And on the other hand, I'm not saying we're exactly agents of chaos either, but  my guess is that we were rolling through this section at 12+ mph. 'Somewhat dangerous', then, is what you should be taking away from all this.


With the ride not quite fully completed but the ride 'proper' out of the way, we stopped for some before-noon beers (hello!) and breakfast at David Blaine's new restaurant, Central Food.  The beer and food were both excellent. The view's not bad either.


'Twas a fine ride in all aspects, save one:  Skinny-ass, hyper-fit Andrew apparently has no respect for his elders, as he was up front all day, kicking my butt.  I dealt with the situation, psychologically, by imagining that I would take him outside at the family gathering later that afternoon, sit him on the curb, and jump in his knees.  Whatever it takes to get you through.

All kidding aside, it was just a great treat to join up with my nephews and the rest of the pack on this awesome day-after ride. Thanks, John.
Posted by Pat S at 9:58 PM

Great write up Pat. I got four blurry lame pics, so I'm glad you captured it. Until next year...

Thanks for posting the pics, all I have are mental images.. None bad. Thanks

Great riding with you, Sean.

Get professional trading signals sent to your cell phone every day.