Version 1 of the Saturday Breakfast Ride went pretty well, so Joe, Glen and I decided to make Version 2 happen this morning.  We put together a route and the basic plan was to ride first, then eat on the way home.  But a funny thing happened on the way to the ride:  We got hungry.  So we stopped.  It's good to stay flexible when SBR'ing. 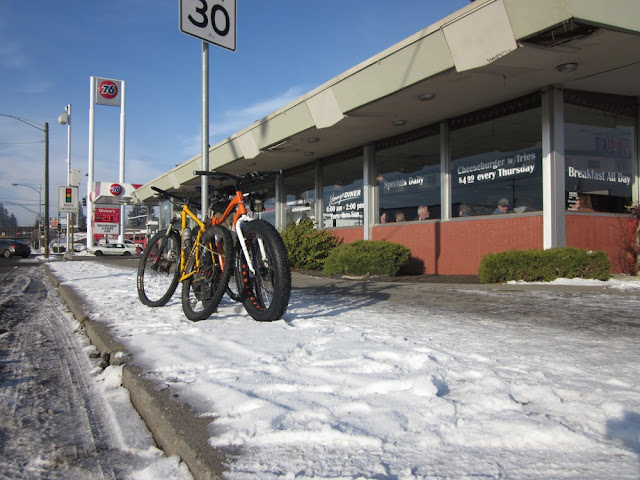 Jenny's Diner is, ambiance-wise, the exact opposite of Frank's Diner, which is a stone's throw away (you can actually see part of it in the background.  Frank's is crowded, cramped and closed-in.  Jenny's is spacious and open, with bigass windows that wrap around 3 sided of the dining area.  It's total Americana.  Nothing against Frank's, which serves a fine breakfast, but the atmosphere at Jenny's just suits me better.  The food's damn good, as well. 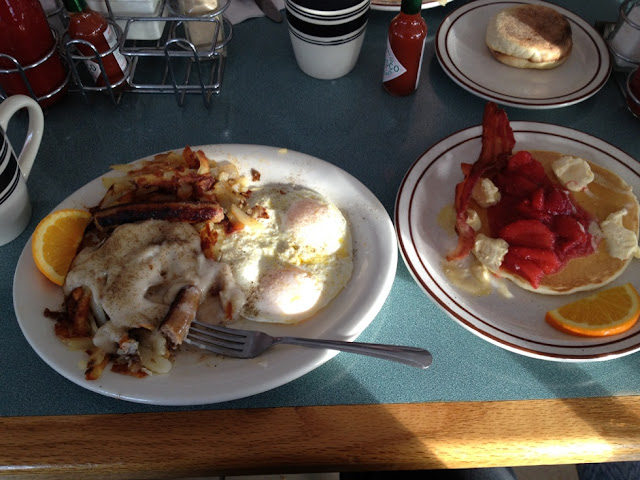 There's actually a little more to the story about why we stopped for breakfast right away.  Although the temperature was only about 4 degrees colder than last week, we all agreed that it felt one hell of a lot colder.    Glen wore the same gear this week as last, but he knew right away that it wasn't gonna cut it today and that he was in for one miseable ride.  So he decided, wisely, to abort.  Neither was Joe exactly feelin' the love for these temps.  My feet had gotten cold last week, but I'd switched over to flat pedals and pack boots this week and I was feeling pretty good about things, so I decided to give it a go, and we parted ways.  Did I mention that flexibility is good when SBR'ing. 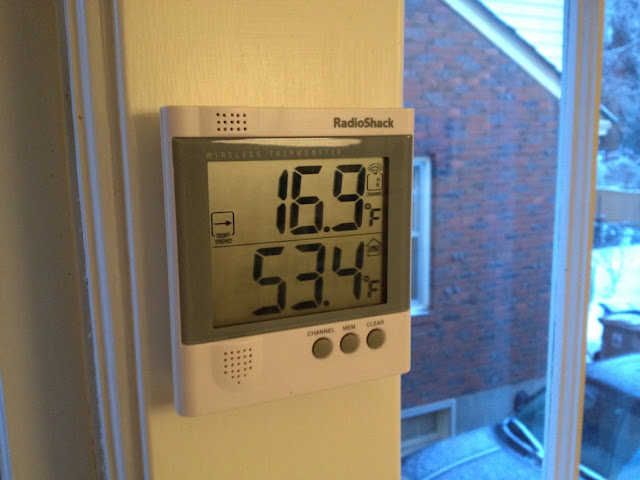 The planned route was now getting modified in my head and as I pedaled, I remembered that Caveman had been hammering out loop trails up on Cave Mountain with Dave Nelson's fatbike earlier this week, and so I decided to head up there and hit some of the trails he'd been packing down. 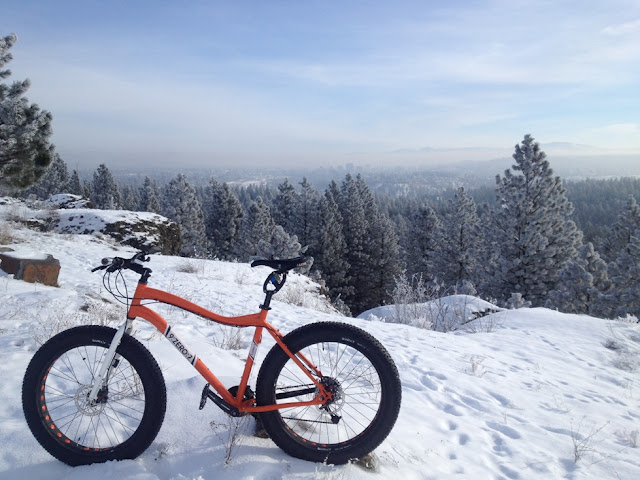 It wasn't long before I came across the first of Cave's trails.  (There's been quite a bit of foot traffic over the top, but there were definitely underlying fat tire tracks.) 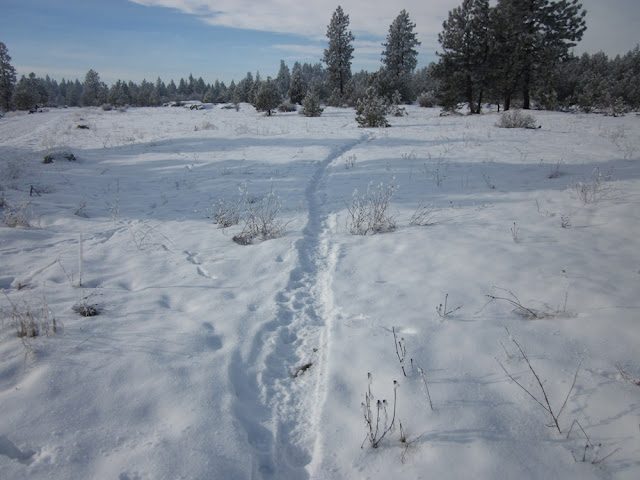 The trails were flippin' RAD, and by the time I left, I was totally stoked to come back.  The lack of any recent snow and cold temps are just the right formula for great, fat-rideable trails and so I'm busy figuring out  how to take advantage of the opportunity.  I think some night riding after work this week may be the ticket. 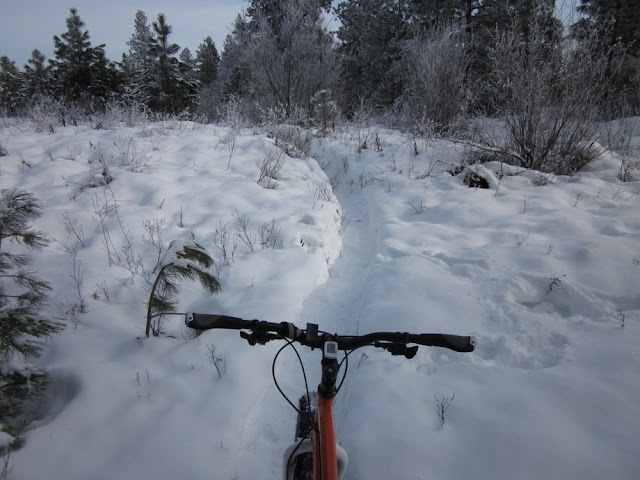 Heading down from Cave Mountain on Houston Rd . . . 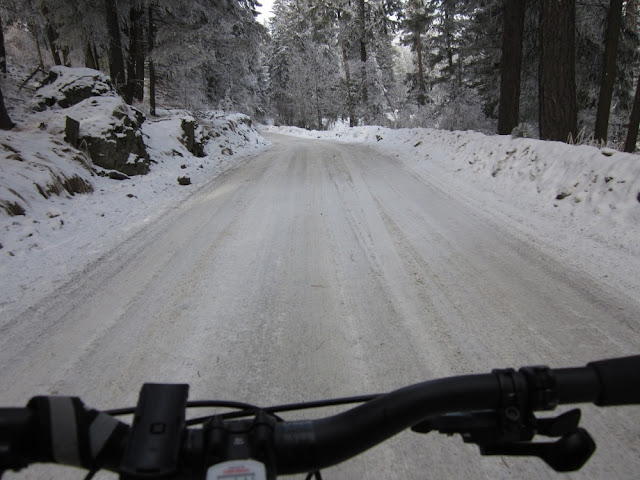 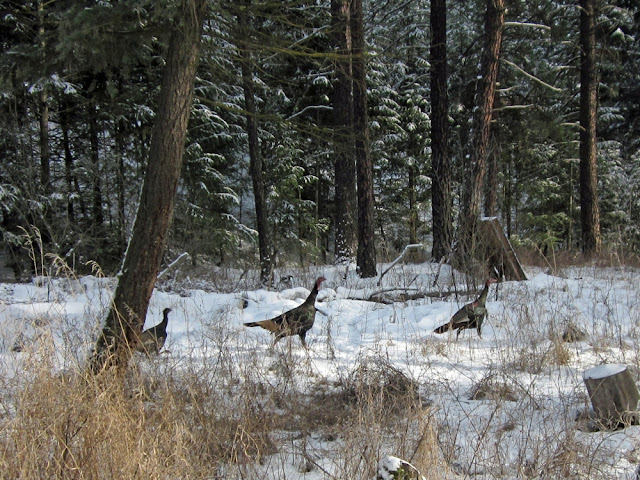 I circled back via the Centennial Trail and Doomsday Hill, then wound through Kendall Yards.  I wanted to see where the new section of the CT started there.  This is the west endpoint, looking west . . . 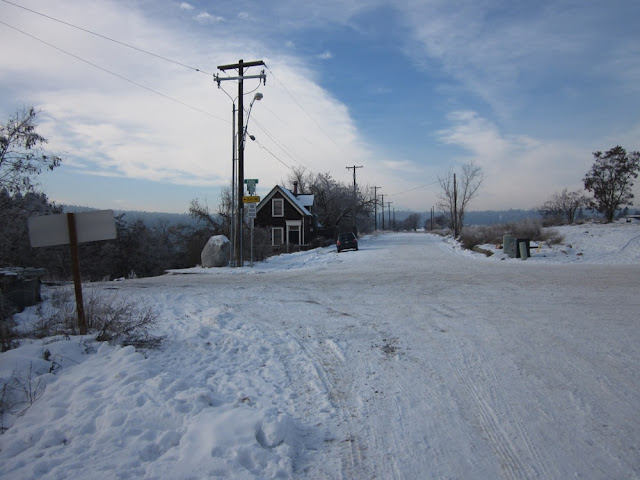 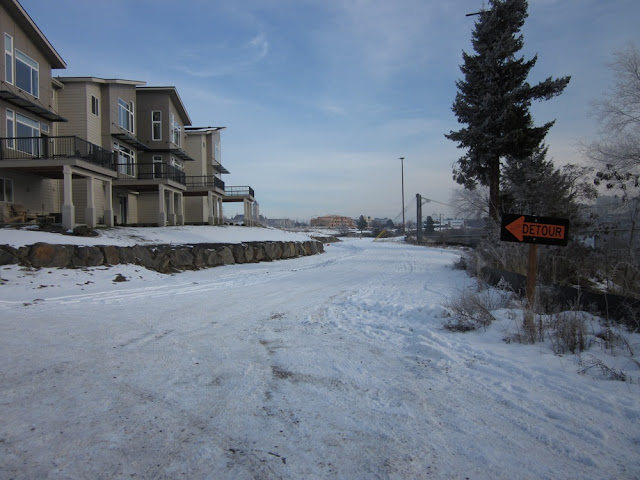 I rode from there over to Monroe, but the CT is not continuous yet.  Just east of Central Food, it's blocked now, so there's some threading through the construction that's necessary.  Jeez, the pace of development is really ramping up.  This is gonna be a great bike-to-eat destination, what with CT access and Central Food and whatever other retail comes in.  A great sooner-than-later addition would be a cool, independent coffee house. 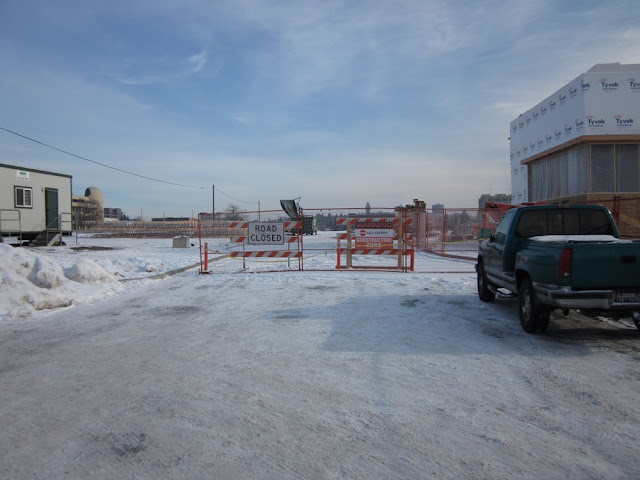 So another killer SBR is in the books.  I could get used to these real easy. 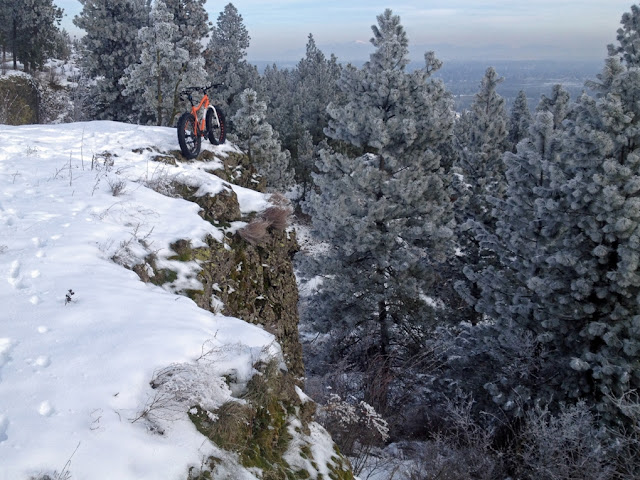 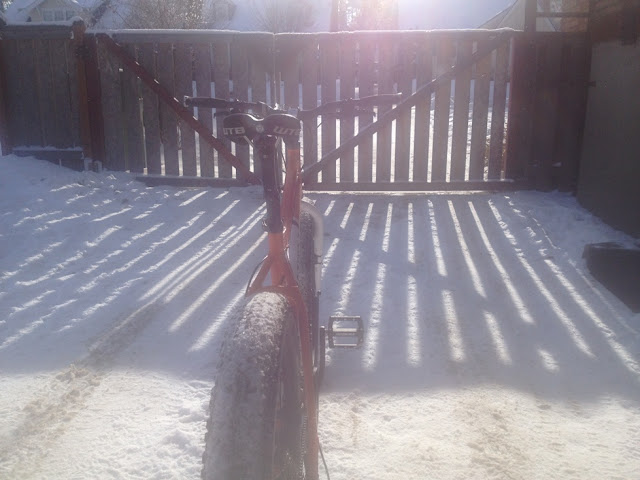 Nice damn day to be out on the fatty today and thanks for coming up to Cave Mt.- the trails are buff as you well found out.

2nd to the last photo made my clinch up upon viewing.

Damn probably just missed you at Jennys. I hit that this morning on the way up to ski.

Ben, buff is the perfect word for those trails. Hell yeah.

Bryan, yep. And you should have seen where I was standing when I took it. No limit to the amount of risk a hack wannabe bike pornographer will assume, apparently.

Dave, that's rad, great minds think alike. Hope you had a good day on the hill.

Reading your posts and those of Toni Lund and his buddy Peter Nylund has me wishing I could afford a fat bike and also have somewhere worth riding one. Alas, living in Chicago for the time being I have to be content with simply try to battle the cold and have my cycling adventures amongst the city streets. But my how your posts and photography have me longing for a more rural existence. A city-boy I am definitely NOT!

If you want your ex-girlfriend or ex-boyfriend to come crawling back to you on their knees (even if they're dating somebody else now) you need to watch this video
right away...