Due to some new responsibilities at work, I'm having to put in some extra hours and that leaves less of them for play.  But I was able to carve out most of today to just play.  Sweet.

John put together an early ride, which was sweet.  It started at the Rocket Market and over coffee, there was talk of whether the rent-a-cat idea was sound.  At first, our enthusiasm over the concept made it all seem very sweet.  But as we talked our way through the logistics of unfamiliar cats and dogs living in the same space and having the run of the whole house all day while Patty and I are at work, as would be required, and the prospect of a meek dog being emotionally scarred for life by a badass cat, and the prospect of a "marking" contest, the whole thing turned toward the sour side.

Although the rent-a-cat concept is not dead, it's just being re-worked.  And there is huge promise.  More to follow on that.

I also learned that Bihl B's been busy bagging beans.  Alliteration's rule, hard, and so this was a solid mark in the sweet column.

The ride itself involved climbing White Road, which is always sweet and sour;  Catharsis, through pain. 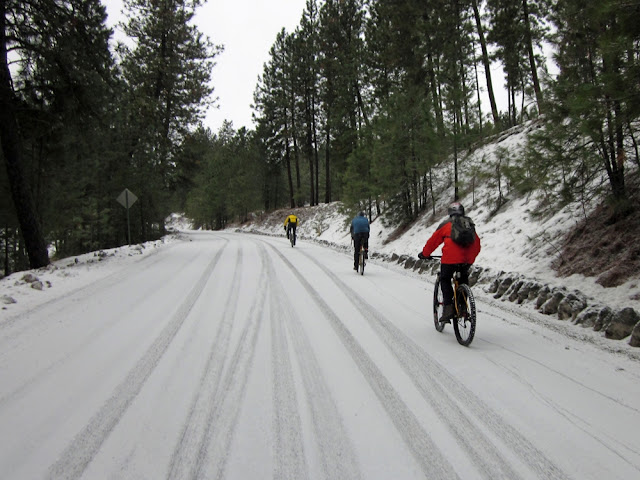 The main planned outdoor activity for today, though, was a trip up to Mt Spokane with Patty, to do some cross-country skiing.  We got into this sport a coupla years ago and then didn't do anything with it last year.  And this would be our first time up this year.  So we were rusty and our equipment was dusty.  It was how dusty, that we weren't exactly prepared for.  (Sour is coming, wait for it.)

Back to the mouse invavion, then.  I am totally at a loss to explain how things have gotten to the point that they have.  I think the fact that neither of us have been through a mouse invasion before means that we are were somewhat, if not totally naive.  And of course there's denial and complacency invovled - we first started noticing noises back in the October timeframe.  But there's also this other component, and I am not making this up . . . it seems that our recent agression has awakened the organism within our home that is this mouse nation and there is more activity and evidence than ever, and it is gross and disconcerting as all hell.

So here's the latest:  We went to round up our ski equipment and discovered that our boots had been used for nesting and were filled with poop to the point that no human being with any shred of self respect would ever, in a million years, put a foot in them.  There was no option other than to spend the better part of an hour under a running faucet of scalding-hot water with a bottle of detergent and a long-handled scrub brush, in an effort to de-sanitize.  Lather, rinse, repeat.  After which, of course, the boots were super-soaked and there was zero chance we'd be skiing with them on this day. Super-duper sour then. Bitter and maddening, actually.

We decided to salvage the outing by renting equipment, and we did make it up, and it was sweet. 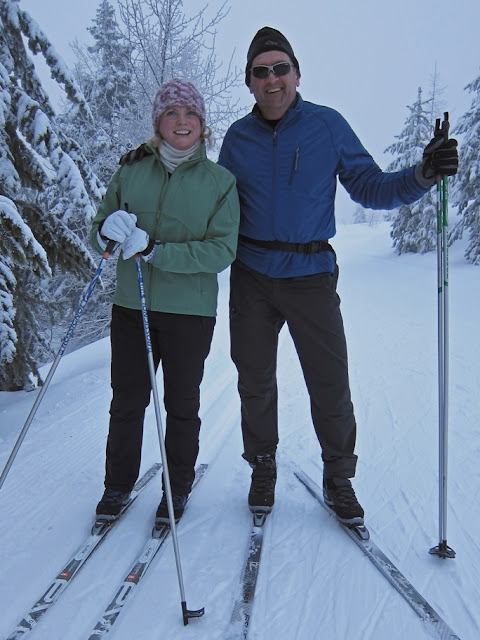 We ran into our friend Eric, who helped knock the rust off our memory of how to get around the trail system up there by offering us a guided tour.  Sweet. 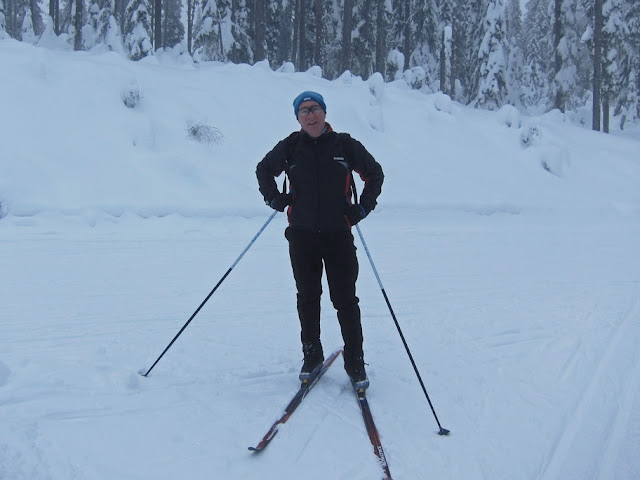 My fatbike has been on loan to Caveman for the last coupla days so he could play with it on Cave Mountain and once back in town and on the way home, we went to pick it up.  He'd mentioned maybe lowering the stem and that was totally cool with me and so he did that, and liked the results.  I'm looking forward to checking it out over the next few days.  Sweet. 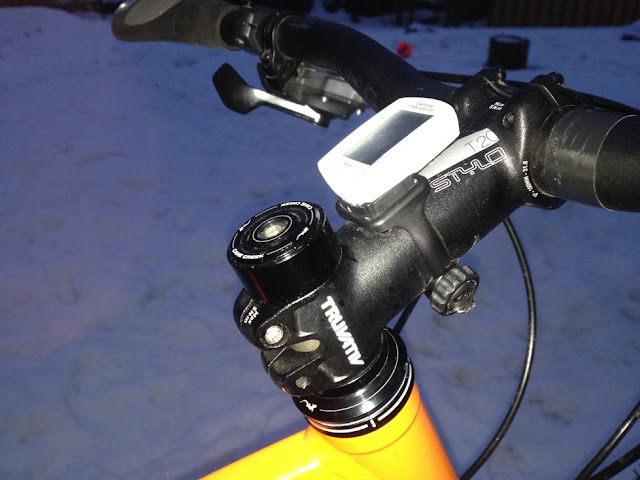 We also stopped and re-stocked, ammunition-wise.  Sweet that we have the tools, I guess, sour that we need them. 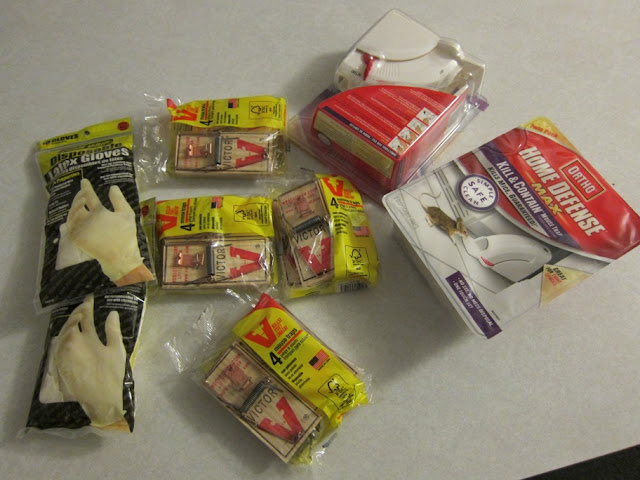 We also brought out the big guns, bait-wise.  I don't know how this can be considered anything other than sweet, in the context of the war in which we are engaged. 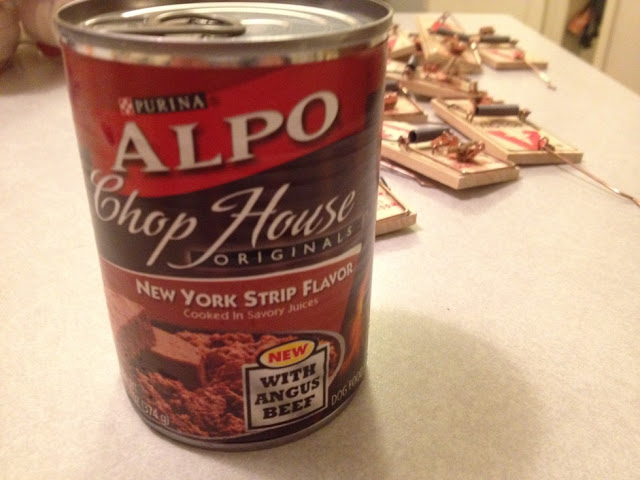 We'd put the first pair of sanitized boots on the dryer before we'd headed up to ski and when we got back, the stench that we now call "musty mouse" was emanating from the dryer.  Krap.  SOUR! 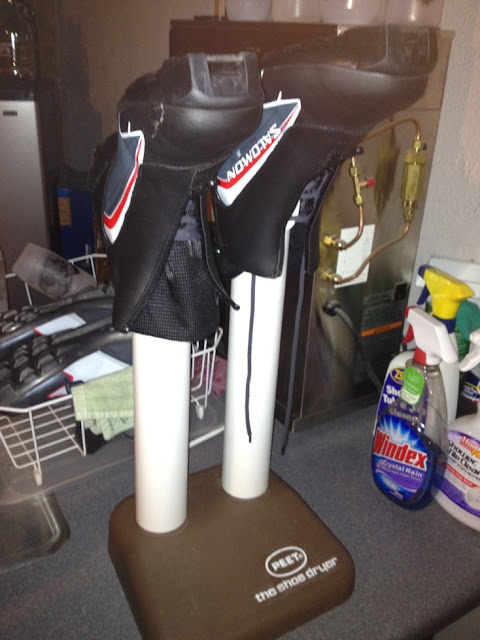 We set up production in the kitchen tonight and baited a boatload of traps.  It's a good thing that women were cleared to serve on the front lines this week, because Patty is now fully engaged in this battle. She's even calling them "little bastards".  Sour that she has to, sweet that she is. 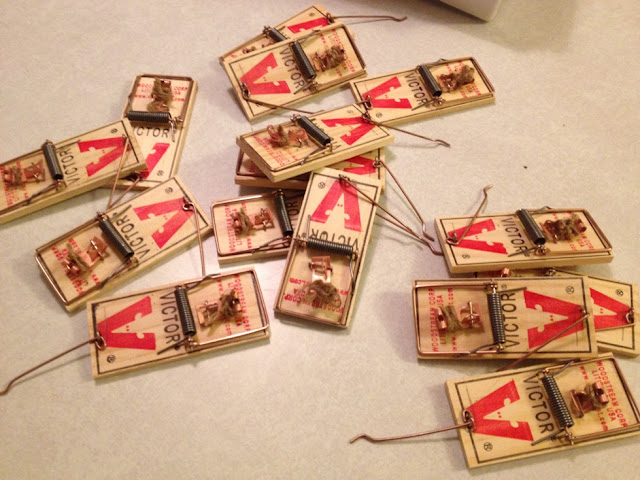 Victim #4.  I don't know how this could be anything other than SWEET! 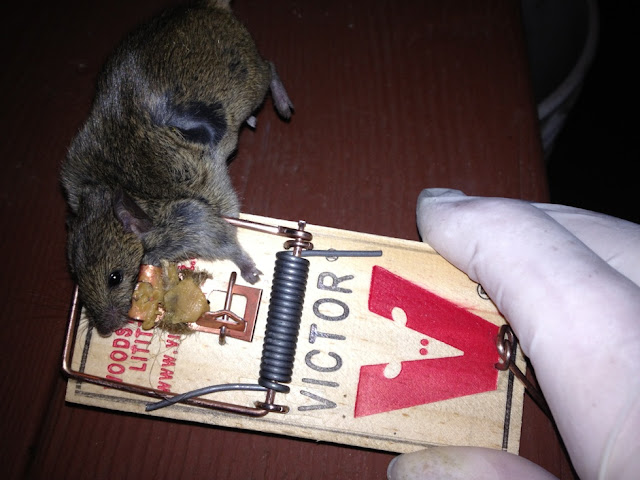 The deal about how I was granted exactly one post to talk about the mouse problem. Yeah, I know, it's the elephant in the room.  I've decided to ask forgiveness, because I'm pretty sure I wouldn't have been granted permission.  I just think this stuff is too important for the bike world not to know about.
Posted by Pat S at 9:23 PM

If you first noticed last October and now there seems to be a huge increase in activity, I'd say you crossed the tipping point of the infestation where catching one or two at a time essentially has no effect.

You've bagged four so far? Bring in the heavy artillery before you are overrun.

Your house may be trying to maintain organic equilibrium. As you lose weight, the mice proliferate.

Take control by adding pets as you get in shape.

Have you considered a boa constrictor? They scale up nicely, they eat mice, and they can reach into most nooks and crannies.

Oh, the shoes! Have you tried an enzyme cleaner? I'm a big fan of Nature's Miracle...

You're getting a lot of good advice here, but will you listen?

The shoe as a target is definitely a clue to your house's feelings, and it's not a coincidence that mouse rhymes with house. Both words come from the Germanic root "ausso" which conveys the meaning "Dude, it's really your fault."

The Scientific term for organic equilibrium is the Household Biomass Constant (HBC). In an extensive longitudinal study (n=2)of undergraduate women, our Women's Study department found that weight lost by one housemate was quickly found by the other. Your mice infestation may be a gendered issue.

While weight displacement to wildlife or domesticated pets may seem a politic approach, HBC setpoints themselves are negotiable. But, not if you continue to refer to your house as "old" and "inaccessible" in a public blog. How would you feel to be described this way?

It's time to scoop up some ice cream (Chunky Monkey works well), turn Girls up loud on the TV (your house loves that show), and settle down to have a heart to heart with your abode.

If that doesn't work you might try talking directly to the mice using a M249 SAW with depleted uranium rounds. Check your local pawn shop.

Good luck. I get the occasional rat in my garage [have a trap always deployed], but it's not too bad and never had a rat or mouse in the house. That doesn't sound like much fun :(

I would counsel patience and acceptance, Brother Pat, not traps and poisons. Meditate on Job, why do the righteous suffer?

Anyway, boils are worse, trust me.

Hank, that the "American Fancy Rat and Mouse Association" even exists kind of blows my mind. My believing their numbers is akin to the gun-control crowd buying into NRA logic. We bagged 3 more today. I choose to continue to delude myself.

Hanta, I find the organic equilibrium concept to be refreshing to the extent that I downed a coupla Whoppers tonight in a self-sacrificing effort to drive the numbers back down.

Stine, thanks. We definitely need a product of this nature, and I will check that one out.

Perfesser. What can I say. That home has gender! An idea so simple and yet so profound. This is just the the most recent example of why we must continue to pour tax dollars into academia. I don't know what I've done to deserve your participation in this conversation. And I mean that.

Vik, that they be confined to the garage would be a dream come true, at this point. Hope yours stay there.

Reverend. What can I say. Your counsel of acceptance tests my patience. I do wish you well with the boils, though.

It's definitely time to move from the Rent-A-Cat idea to having a permanent resident cat.

Get an adolescent of either gender and it and the dog will work something out in just a few days.

SCRAPS has adoption-ready cats at the Lincoln Heights PETCO.

TBCC, it's an idea we're seriously considering. It would be a lifestyle change for us, for sure. In this scenario, though, this particular feline would win the equivalent of the cat lotto.

If you would like an alternative to randomly picking up girls and trying to find out the right thing to say...

If you'd prefer to have women chase YOU, instead of spending your nights prowling around in noisy pubs and night clubs...

Then I urge you to watch this eye-opening video to find out a shocking little secret that might get you your very own harem of attractive women just 24 hours from now:

Professional trading signals sent to your cell phone every day.

Start following our signals NOW and profit up to 270% a day.