Tonight was earmarked for un-doing the fatbike tubeless conversion. I learned a lot about [fatbike] ghetto tubeless and what it can and can't do and what are the advantages and what are the hassles. I fully expect that I will be rolling tubeless again at some point, because the advantages are pretty major, but I'm exhausted with the hassles for now. It's time to step back and thought-process it for a while, until the voices rev me up and tell me to go for it again. I'm a little afraid about what the next recipe of chemicals and next level of explosive inflation methods will expose me to though, I won't lie.

But for the time being, what was in order was demounting my tires and cleaning the goop off the rims and the inside of the casings (which I did a coupla nights ago - majorly messy job) and then sorting through what's left of the tube carnage from flatsravaganza . . . what has slime in it and what doesn't and what has too many holes in it to salvage and what doesn't. Long story short, the tube house is now kept. I ended up installing eight patches, all up.  (The propane bottle in the picture is coincidental - no gas was used in the making of this blog post.) 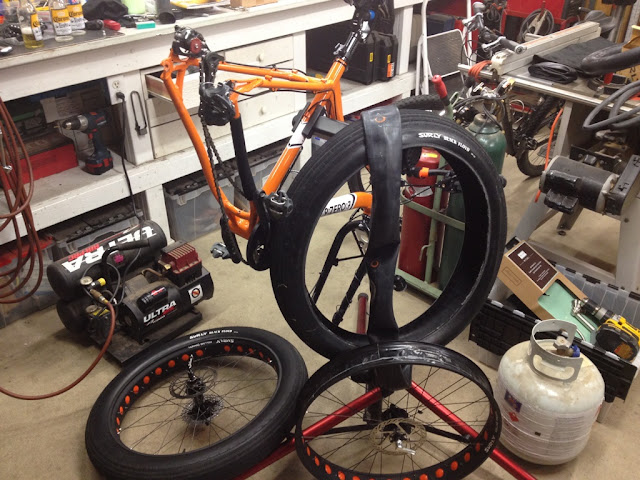 What it did take though, was approximately four beers. 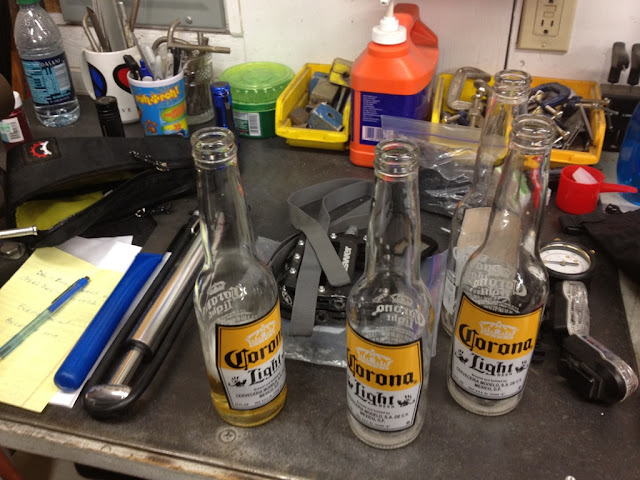 The recent adventures - JWPT tour and MC - have been pain-fests. In a good way, but still.

I'm ready to have some fun of the more leisurely type with this bike and in support of that goal, it now sports a front mini-crate. 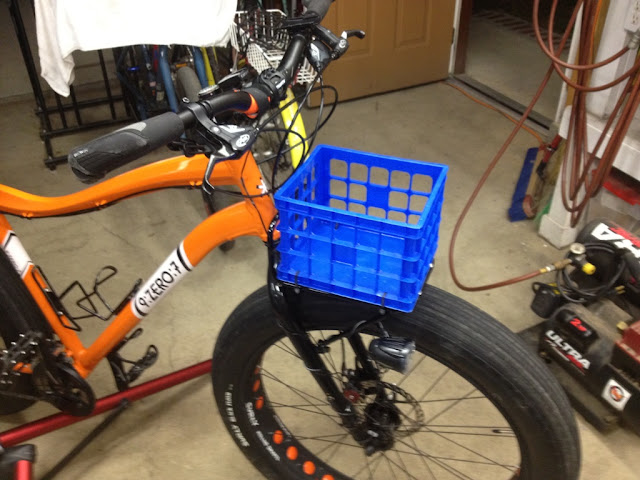 That took approximately another beer. 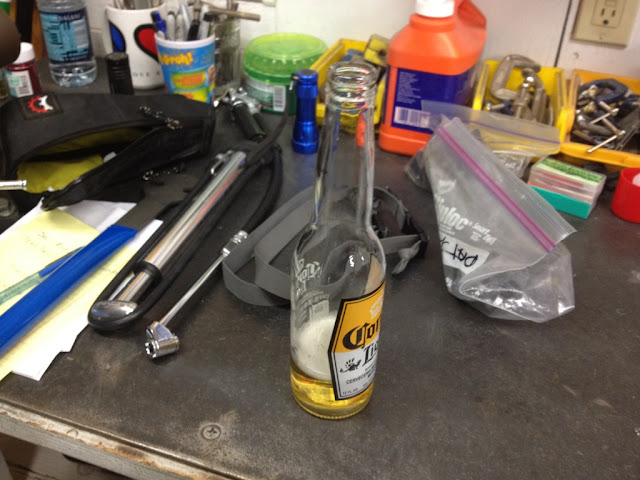 An LED frisbee fits perfectly in the basket. How 'bout that. 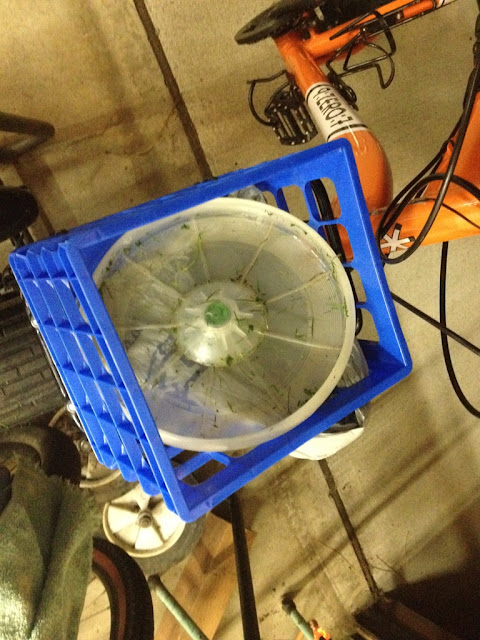 First order of business, then, was a trip to the park. Brandy could honestly care less what bike gets us there. "Just throw it, boss!" 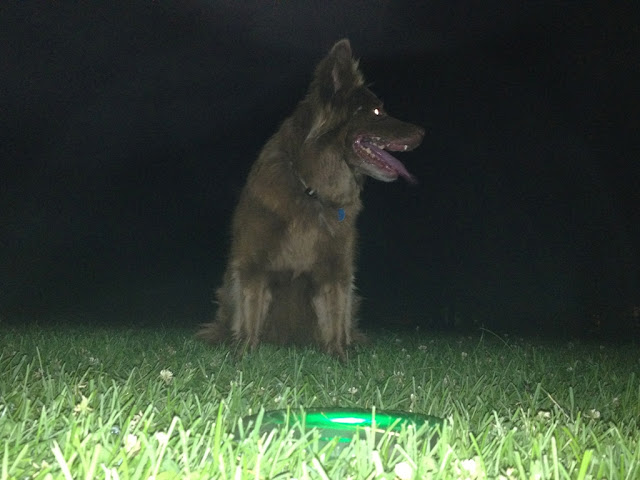