Who Thinks Martyrdom Is A Pretty Darn Good Thing?


That's a play on an awesome mini-diatribe from the movie with the greatest number of awesome cliches in one movie ever, Field Of Dreams.


The diatribe being this:

Annie Kinsella: Who's for Eva Braun here? Who's for burning books? Who wants to spit on the constitution of the United States of America, anybody? Now who's for the Bill of Rights? Who thinks that freedom is a pretty darn good thing? Who thinks that we have to stand up to the kind of censorship that they had under Stalin?

But seriously, martyrdom was my motivation for selling my carbon fiber road bike on Craigslist today. Really. 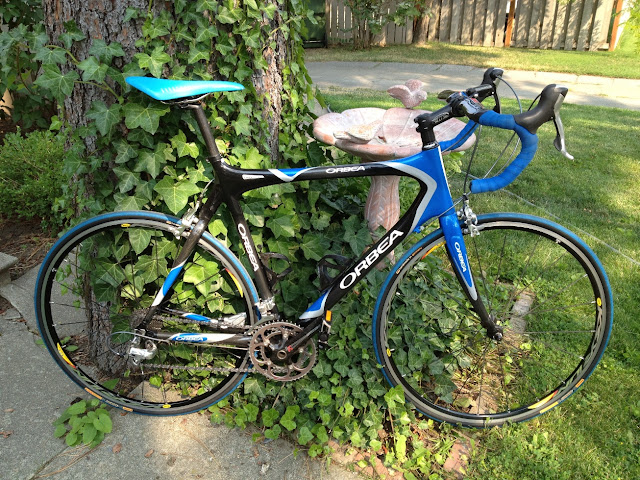 I think you can clearly see that I was happy in the Garden of Eden and that I will therefore be miserable without it, but damnit, my principles dominate my needs. If Lance is banned, then so am I. And if I had a tri bike and a wetsuit, I'd have sold them too. In a heartbeat. At yard sale prices! Take that, Tygart, you bastard!!!

And just in case you think I'm kidding, here's the ad: 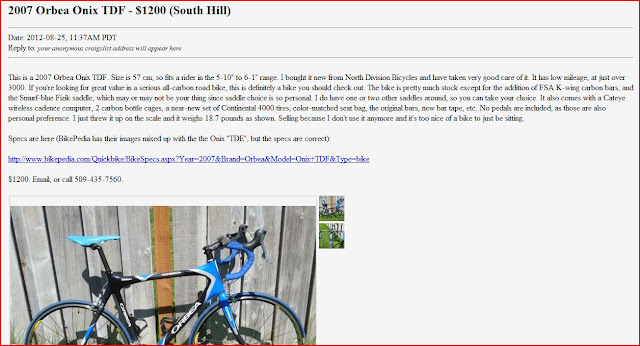 Okay, so the real reason I sold it is that I need space and cash for a new bike I am jonesing over. But don't tell Tygart. I enjoy seeing him squirm.

The other reason I don't want my true motives revealed is that I've apparently been awarded some Tour Victories, by default, since they couldn't find anyone clean who was actually racing. If you don't believe me, check out the notification from the TdF Organizing Committee that appeared in the comments section of my last post. As history will now show, I beat Pantani up Ventoux, just barely.

Oh wait. Maybe he just barely beat me. Or maybe I let him win???

Just shut your pie hole about whatever you know or think you know.  Or I'll have to go to the USADA or WADA or TMZ with the dirt I have on you. And I am NOT bluffing.

Krap. How did this all get so political. I thought we were just riding our bikes.

Just a gentle reminder that we have not yet received your urine sample.

USADA has also alleged several unfortunate cases of IPA doping over the past four or five decades. Twelve domestiques in your équipe are prepared to testify against you, in exchange for a date with a French podium girl.

We are sure these latest allegations are groundless, and you will retain the right to remain silent.

We assure you that any damage to your reputation or finances is entirely an ironic coincidence. [Shrug.]

Thank you for replying to our request for fluid samples.

However, the tissues you supplied do not comply with our primary testing protocol. We did not request, nor do we need, a mixed bile and fecal sample.

Also, may you perhaps be missing a middle finger on your left hand?

Because of your failure to comply with our initial round of testing, we will be instituting the substitute protocol implicitly a part of the virtual contract you "signed" when you first mounted a bike at age three.

Please do not be alarmed if approached by large men sporting tasers and syringes. We are here to help you.

As PRESIDENT of the UNITED STATES Olympic Games (a position from which I never resigned, unlike Bain CEO, which I never ever really accepted, honestly), I have the pleasure of both awarding you the Olympic Bronze medal forfeited by Lance Armstrong AND immediately snatching it back due to your little troubles with USADA.

Hope you get that mess straightened out. We all got something to hide, ha ha. Hey, tie Brandi to the roof and drive on down to Tampa, weather's great and we got some time to kill here.

Are you any good at public speaking, by chance?

Whow whow whow -- hold up there. Was that a hint at a new bike without any details? Your blog readers need to know...

And as for the road bike, I bet you're better off without it. There are more interesting surfaces than pavement to be riding, as you well know.

Of the glimpse of your persona I feel I've gleaned from reading your blog, your now ex-road bike breaks every preconception I had of what you might own. I'm sure it's a technological marvel, but you're better without it. In fact, you may have inspired me to think about parting with one or two cognitively non-aligned bikes my own.

Now then, is that a Krampus on the horizon?

Start following our signals today and gain up to 270% per day.