Bet you thought I was gonna talk about Lance. Nope. A hundred million thousand billion words were written about that situation today, and I know this because I was out there on the interwebs, braving the vitriol-fest. I'm relatively sure positive there's nothing substantive or productive I could add to the shit storm.

Instead, I was referring to something exponentially more innocuous, in terms of how it affects the world's masses, but also quite profound at the micro-local level . . . upon inspection tonight, the construction project just up the street on 29th appears to be significantly behind schedule.

"The first phase, from Grand to Bernard, is set to wrap up in mid-August", city spokeswoman Ann Deasy said, back in this article. There musta been some trouble, 'cause it ain't nowhere close to being done, as I see it. 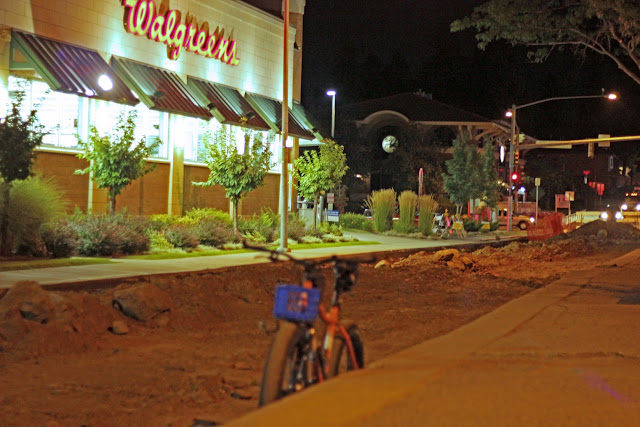 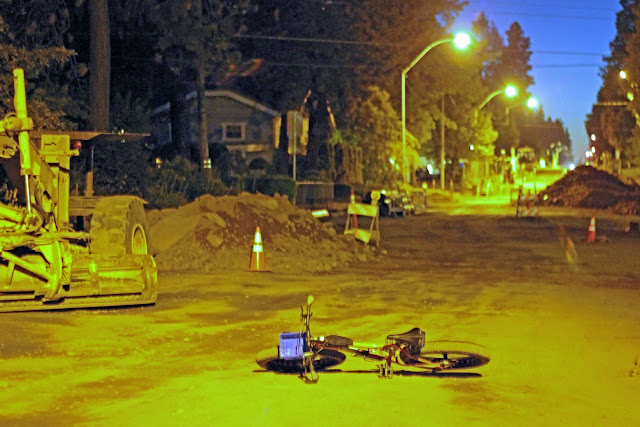 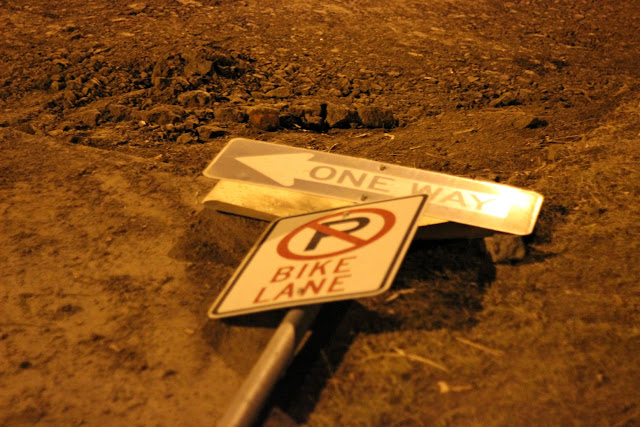 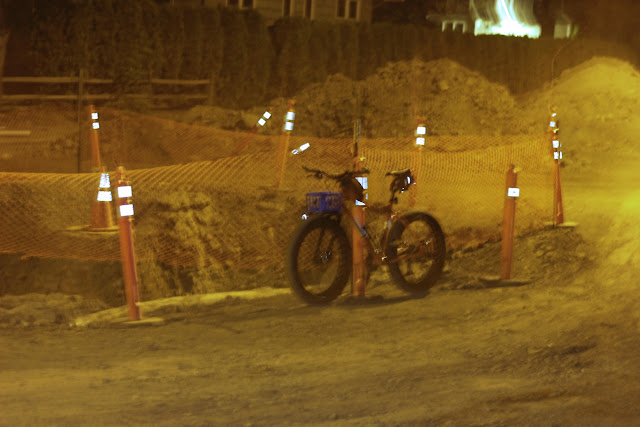 Not that I would normally even care, but in this case, one of the detour routes is down 25th, which is my street. I now understand what it feels like to live on the shoulder of I-90. Brandy and I have adapted to the complexity of just getting down to the park, but it hasn't been easy. I'm all for progress and improvement (29th needs it, if ever any street did), and I hate how staid this makes me sound, but we're ready for things to get back to how they used to be. I'm not sure that I want it this bad, but don't think I haven't fantasized about the possibilities of how quickly this could all be over if the crew were doping.
Posted by Pat S at 11:57 PM

I heard the city may convert 27th to a permanent pump track, following the recommendation of the powerful Bicycle Advisory Board.

As you may know, your countryman Lance Armstrong has been stripped of his seven Tour de France titles.

In the process of eliminating doping-tainted riders from contention for these titles, we have been forced to look beyond actual Tour entrants.

It is therefore a great honor to announce that you have been declared winner of the Tour de France for the years 1999, 2003, and 2004.