I spent a delightful morning on Mt. Spokane helping out, in a very small way, with SRV's Mount Spokane Hill Climb.  This race is part of their Inland Road Race Series and it's a super-suffer-fest . . . 3500 feet of climbing in 10 miles. And did I mention it's a race. Holy hell.

I was manning the turn from Mt Spokane Park Drive onto Summit Road and yes, my job involved holding a stop/slow paddle in one hand and marshaling riders through the turn with the other and that doesn't leave many other hands for picture-taking and so I don't want you to think I wasn't doing my job, so let's not get into how these pictures got taken. Let's just glance at them, instead.


After I was relieved of my responsibilities , I did wander down to Chair 1 for a minute, after relieving myself in the woods, after a long and rigorous wait due to poor planning on my part. Those white specs in the lower right foreground . . .

. . . yep, gatherers of huckleberries.  Huckleberriests. Berry Hucklers. Hucklemucklers. Make up your own, it's not hard. High huckleberry season, at any rate. 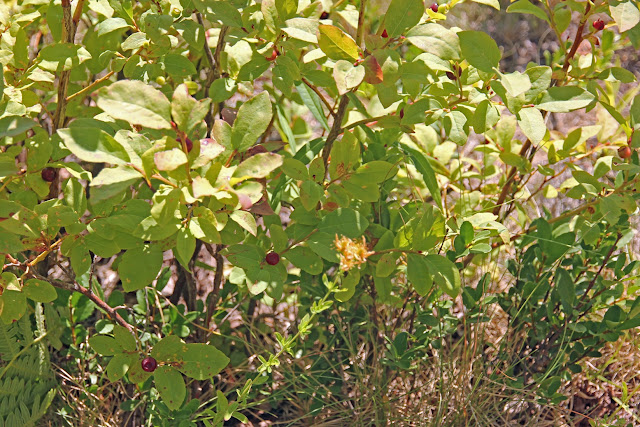 Back to the title of this post, though. If you thought it referred to the rock-hard dudes and chicks that made the climb, you would be wrong. So would I, as a matter of fact. I'd envisioned that maybe I'd have the time outside of my job to take a few pics and write up something about the race and the racers, which is certainly a worthy story in itself, but what really grabbed me, from the moment I rolled into the staging area just after 8 am, was how dialed in and organized the whole event was.

SRV, through vision, planning and major effort, has become a FORCE in Spokane-area bike race organization and promotion. I think, I know, that a lot of racers, especially those new to the game, take for granted that racing "just happens". It doesn't. It takes humongous energy and effort, driven by a passion for bikes and bike racing.  Grass roots, in other words. There's no other way it can happen.

I know that there are tons of people, within and outside of the SRV organization that contribute to making a race and a racing season successful, but these two guys, Mike Sirott and Alan Jacob, are driving the bus, lifting the heavies, shaking and moving. Hat's off, gentlemen. 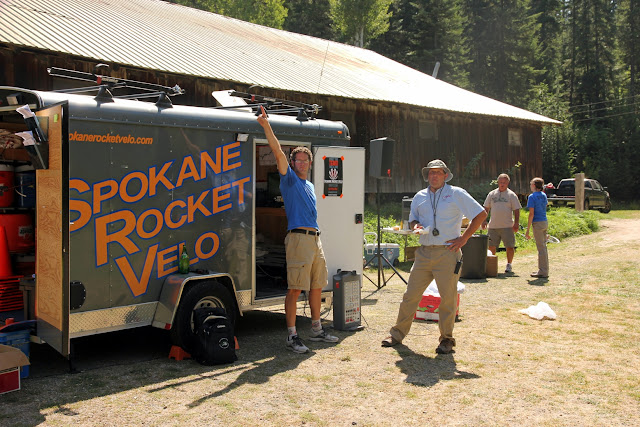 The big story, though, hasn't even really hit the presses yet. These guys, and yes, I know there are tons of other people and organizations and businesses on board, like River City Red, but yeah, these guys have apparently managed to pull off what seemed like an impossibility - the Lilac City Twilight Criterium . . . a crit through downtown Spokane. Holy living hell.

It's been years since this has happened and it was awesome and everybody always thinks "it's a good idea and somebody should bring it back". Most people, however, have no idea what it takes to actually make this happen.

But IT'S ACTUALLY HAPPENING!

As a Spokane bike enthusiast, here's what you can and should do to support the effort these cats are putting forth:

1.) Get your ass downtown and support it, which will be fun for you.

2.) Get your friends to get their asses downtown, which will be fun for them.

3.) Take the next step and volunteer to become part of the action - there will be many opportunities.  Or,

Stay tuned to the SRV website for details. This is pretty freakin awesome.
Posted by Pat S at 11:12 PM

Unknown rider looks like Michael Emde. 3 or 4 time winner of the Furnace Creek 508. He and his wife have Emde Sports, put on the Valley Girl Tri, Wunder Women Tri, and multiple CX races in the fall.

Downtown crit so cool. Another reason to return to this town.

Anon, nope, it is definitely not Mr. Emde. Upon closer study, I am pretty sure it is Mr. Mahelona.