I don't think this picture does justice to the starting group - it was an impressive turnout, I thought. (In fact, just let me apologize right up front for the krappy pictures throughout this post. Things didn't exactly go my way, on either the bike or photography fronts.) 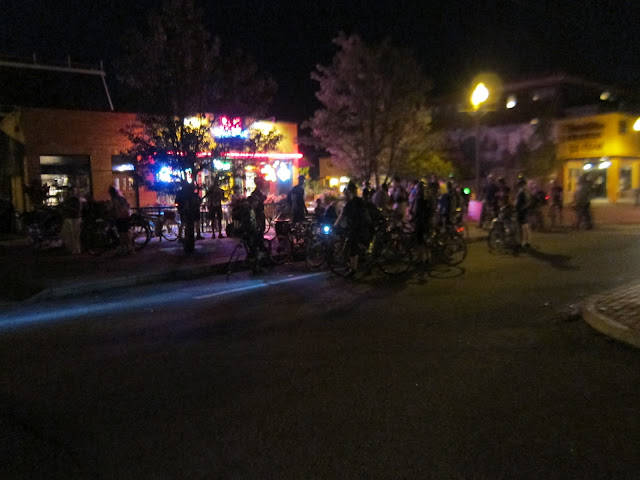 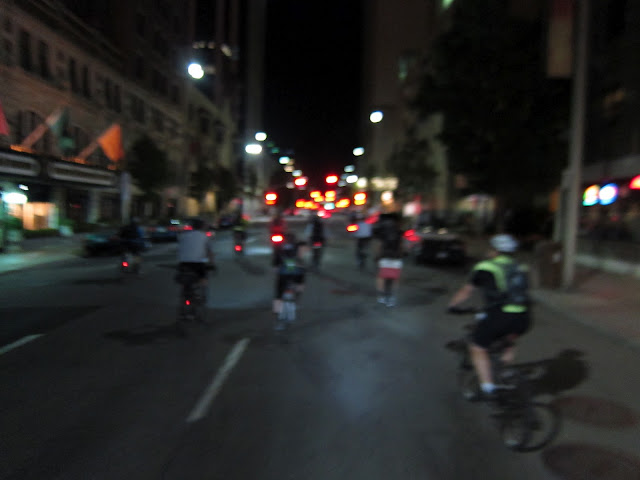 I started off with Bryan, a buddy from work. This was his first MC and while we've spent plenty of time bullshitting about bike stuff while we're supposed to be working, it was also our first ride together. Cool and cool. 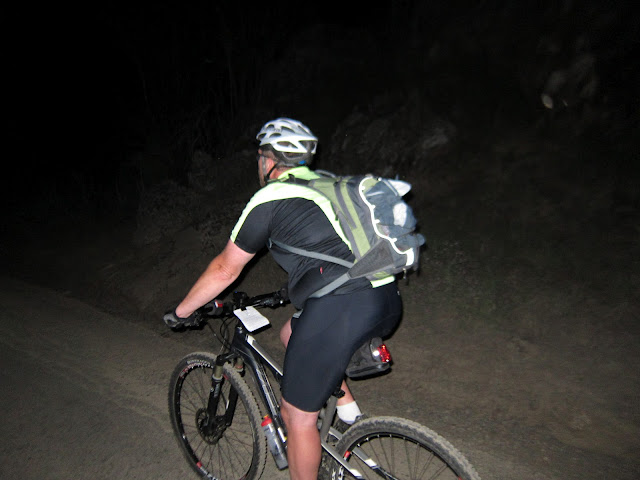 Justin started the ride just a bit late but made up for lost time and caught up with us just at the base of the Idaho Road climb. He mentioned that he might have passed Nate on the CT on the way out. Hmmm. 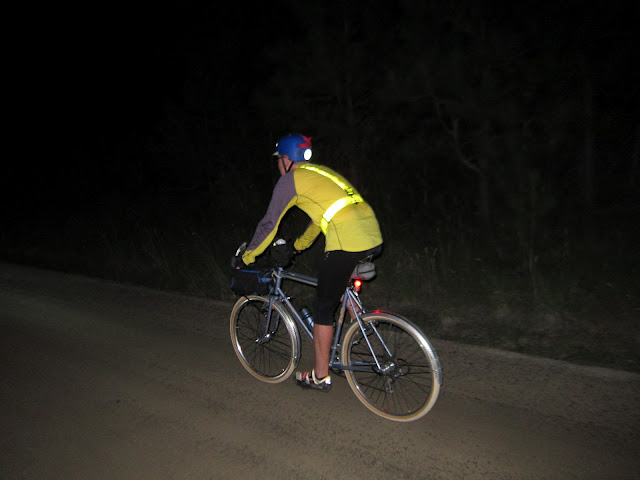 Shortly after joining up with Justin, me ghetto tubeless front tire began to fail. It would hiss and spit green goop out of one particular hole for a while and then it would be fine for a while. But it was gradually and surely losing pressure and I finally stopped because the drag was getting too high and I knew it was time to put a tube in. 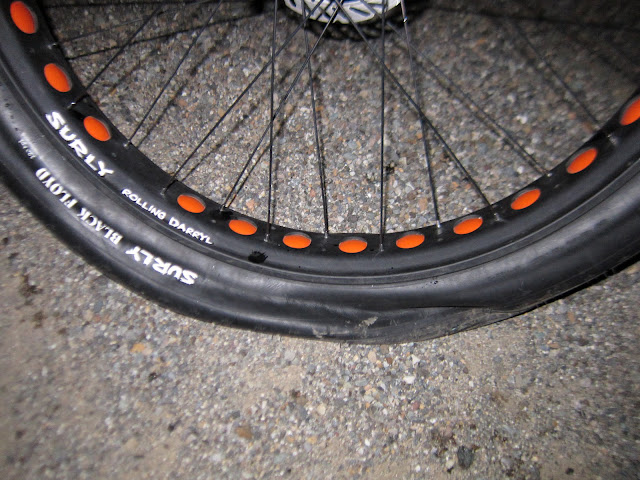 We were at the high point of the climb coming up out of Liberty Lake, looking out over the Saltese flats. Hey, if you're gonna have a nasty pit stop, you might as well have it someplace with a view. Unfortunately, working on a failed tubeless tire is one hell of a mess and I had the sticky sloppy sealant all over my hands and got it all over everything I touched. Including the Autofocus window of my camera, which explains why all the pictures from here on out are super blurry. 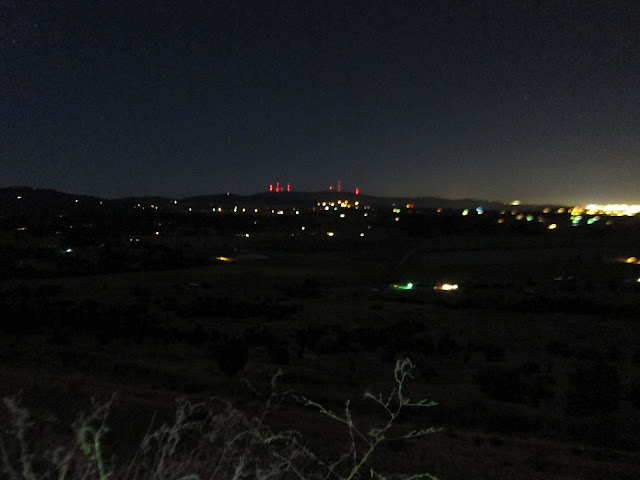 While we were pit-stopped, a rider that had been behind us rolled up. I didn't catch his name but we chatted for a few minutes and then he was on his way. A few minutes later, a second rider rolled up. Ben was his name and this was his third MC, I believe. I'd never met him before, but I liked him immediately and we rode together until I bailed out at Barker Road. 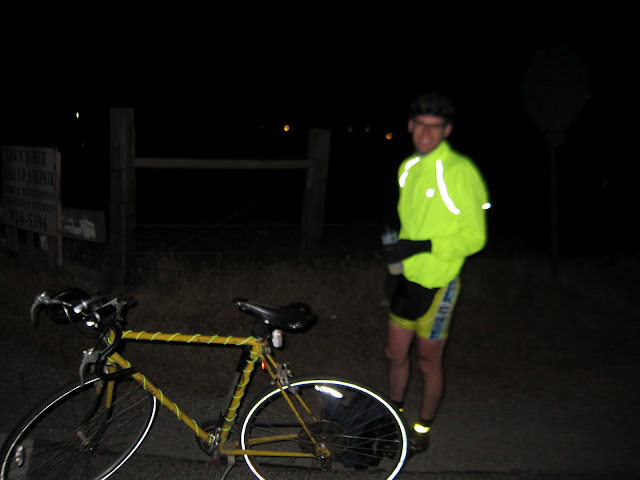 Yep, I'm a DNF for 2012. A too out-of-shape guy pushing way too much bike. What can I say. I thought it was doable and the MC schooled me, as it is apt to do. No regrets about giving it a shot, though.

The thing about the MC is that you kind of need to plan ahead on your failures . . . because there's a hell of a lot of work that still has to be done between the time you bail and the time you get home. I was feeling pretty wasted, but I knew I had enough left in the tank to get home if I bailed now. If I waited to bail later, I couldn't be sure that'd be the case.

I cruised north on Barker at a phenomenal rate of speed (someone should have been there to see me) and then west on the CT. I tried stopping to eat something just before I got to the Denny Ashcroft Bridge (jest west of Plantes Ferry Park). But I felt krappy and had no appetite, so I kept moving instead. 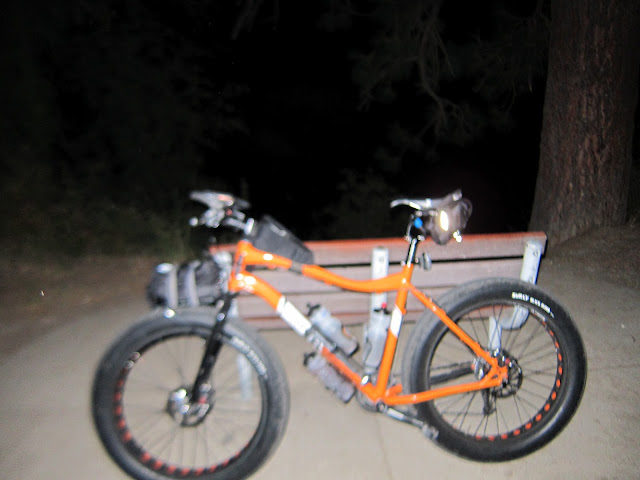 On the bridge, I stopped to take a couple of pictures. 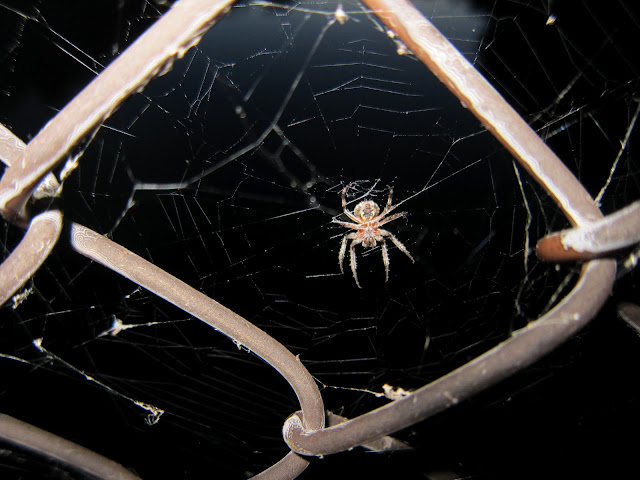 Damn fine photo, this next one. 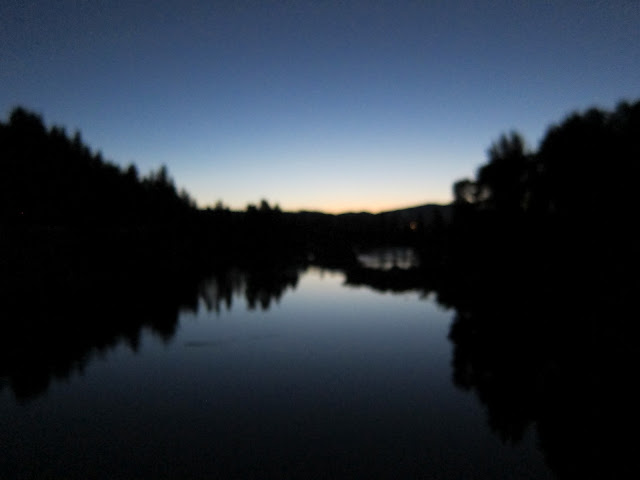 While I was standing there, another rider rolled up, heading my direction. I'll be damned if it wasn't Nate. You never know who you're gonna run into when you're out wandering around on a bike at 4:30 in the morning. 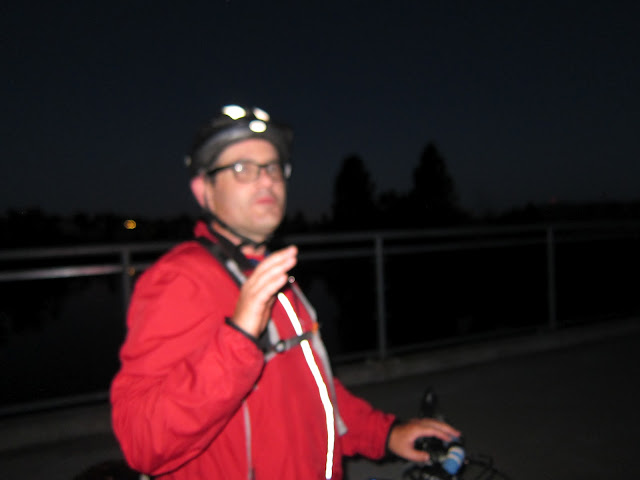 He had also turned around, but at a different place. We rode back into town together. 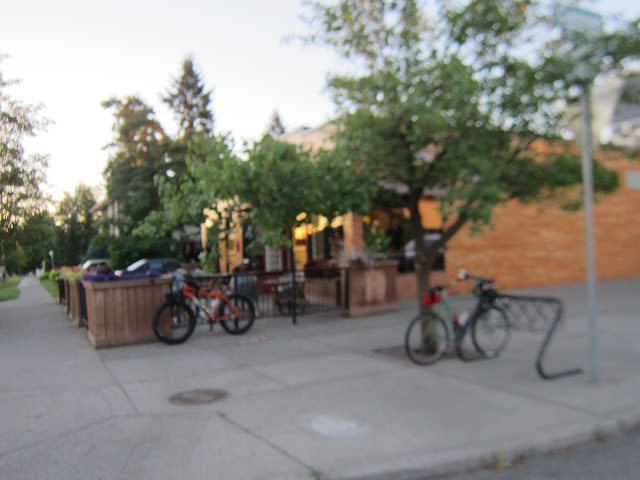 We were on pace to get back to Browne's Addition by 5:40 or so, and since Tom McFadden's time last year was 5:45, our hope was that we'd be able to catch him coming in. Nope. He and the guy he was riding with did it in 5:15, I was told!  Holy living hell, two years ago I was wondering if it was possible to do the ride in under 6 hours and now he's pushing the 5:00 barrier. Insane, man. Great job, Tom and whoever was with you (we spoke to him briefly, but didn't get his name. Tom himself was not around and had presumably headed for home. On his bike.).

Jake McBurns rolled in at 5:48 I think, with whoever he was riding with (told me his name, but I can't remember, sorry, I'm so embarrassingly horrible with names). They had clearly ridden their asses off. Awesome effort, guys. 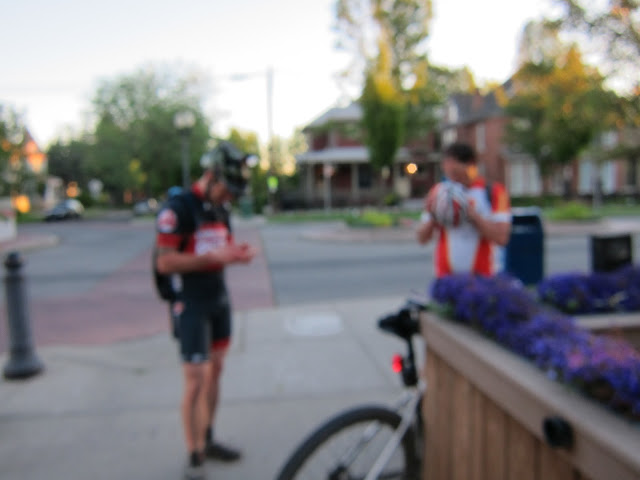 And with that, home was calling and I was headed for the climb up the South Hill. It's now just shy of 9:00 and I'm into my 4th beer and life is looking pretty good and I am getting very sleepy. My immediate future looks to be super happy.

As always, the MC was a unique adventure, and as always, I really appreciated the companionship of the four different guys I rode with during different sections. The miles tick off so much faster when you're not alone and things that would be really hard by yourself are not quite as bad when you're with friends. Thanks, guys, for hanging with me and especially  forhelping out with the flat. Justin, the gummy bears were awesome.

I forgot to put my computer magnet back in position after the flat fix and so it didn't show me the mileage between where I had the flat and where I noticed it wasn't working, but my best guess is that I did 65-ish total miles door-to-door. I have the idea of doing the MC on my fatbike completely out of my system now, so that's one very good thing that came out of the experience.  Hope everyone else had a good, safe ride. Looking forward to hearing some of the stories.

This is so for you!

Jacque, yes! Sadly, I am exactly who they built this for.

If you need your ex-girlfriend or ex-boyfriend to come crawling back to you on their knees (even if they're dating somebody else now) you gotta watch this video
right away...