Putting In The Work, After Work

An after-work MTB ride group has been forming at my workplace. The dude leading the charge is my esteemed colleague, Aaron Watson, aka "A-Wat", aka "The Venerable Mr. Watson". I was able to join up yesterday for the first time, on a ride that for me, dished out substantial doses of both pleasure and pain.

The afternoon's venue was Beacon, and the playas were:

A-Wat, of course
The fit and fast Ryan
The bomb-any-drop Jason
Bryan, of Midnight Century fame
Matt Skillicorn, aka [TBD]*
and me, of course

*The verdict is still out on Matt's alias. "Skilz" is logical, because he's quickly developing them. But "Skilly" has the better ring . . . in a Boston Southie kind of way.  Of course he could also do something heroic or tragic on his bike that would pin some evident-to-the-event moniker on himself that will stick forever, like it or not. Only time will tell.

Me and Aaron were on our single-boingers and the rest were on their double-boingers, just to paint you the very most basic equipment landscape.

As with any ride at Beacon, ours began with a climb.  (All pics were taken with my iPhone 4s. Damn little bugger just continues to amaze me.)

At some point on the way down, I bit it pretty hard . . . it was an over-the-bars affair on a steep descent, into the brush, and it felt pretty spectacular to me because I landed on my head. It was the best crash of the day, hands down, if I do say so myself. There are good crashes and there are bad crashes, but this one turned out to be good for the following reasons, in order of importance:
My ribs will be sore for a coupla days, but not in a broken way, in a good way. I have a few raspberries that  may gain me some sympathy from Patty, but most likely not, since she largely thinks I am a fool for bombing around on the sides of dirt hills at 50. 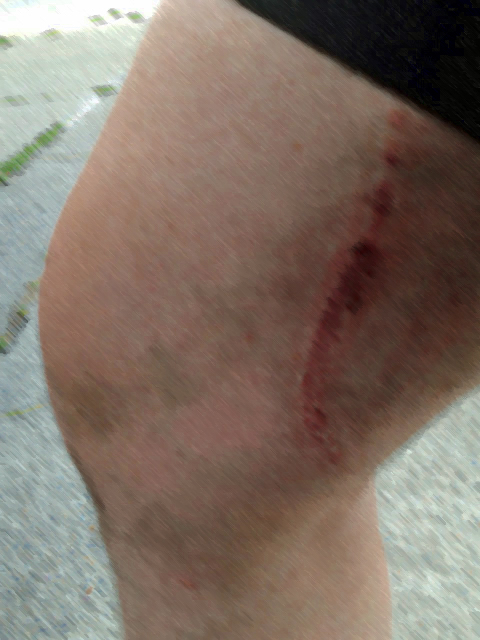 Other than that, though, it was a sweet descent back to the parking lot.

It was a great ride and I guess the only downside is how much I enjoyed it and what that may end up costing me in terms of the new equipment I now think I need to go back and do it better (think dropper seatpost). And of course how much the next crash will hurt.

But even all that is relatively good.  What is somewhat related to this ride and that totally sucks is that Bryan went home after the ride and parked his bike in his shop and someone broke in overnight and lifted it.  It's a very weird deal, because there was a lot of other stuff around that had value, but the bike was the only thing that was taken. Thieves in general are just total lowlife scumbags, but bike thieves are the ultimate bottom dwellers.

If you have neighbor with no job that's living in his parents' basement and suddenly shows up on a killer new MTB, Bryan would appreciate hearing about it - the bike is a 2011 Trek Hifi Plus, with mods, including Deity Dirty 30 bars. 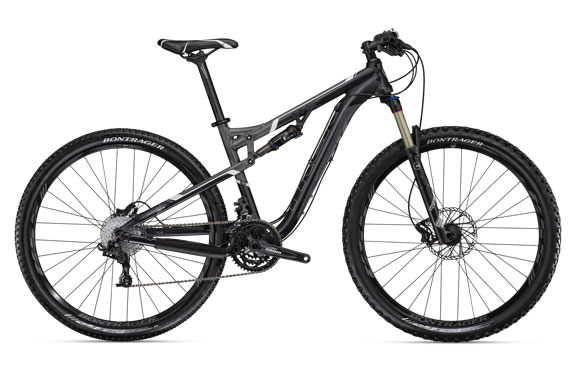 You have his permission to kick ass first and ask questions later.
Posted by Pat S at 10:52 PM

Epic sir, this week we will have to thrash some more, yeah, that's the rub.

There is a chance you are qualified to get a free Apple iPhone 7.