I finished Phase I of my backyard renovation-scape project last weekend, just barely before it finished me. It's been going on for a couple or ten weeks, and involved building a new foundation for the woodshed, moving said woodshed, re-roofing said woodshed, laying landscape fabric and "graveling off" a large area that I want to be low maintenance, pouring a concrete foundation for the walkway borders and then laying in the blocks that make up the border, laying the pavers that make up the walkway, building a small retaining wall against the back fence, laying sod . . . and so on. I'm quite pleased with the result. And quite exhausted. 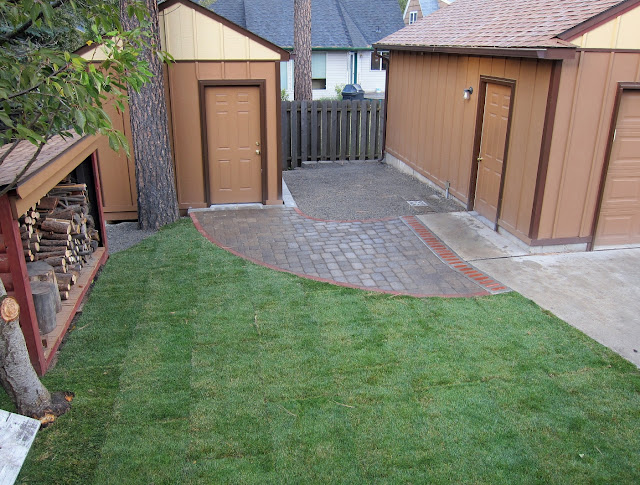 What does this lame domestic topic have to do with bikes? Thank you for asking.

During the project, I hauled in 3 yards of crushed rock, 2 yards of topsoil, 300 sf of sod, around 300 pavers, and many big and small concrete blocks. Most of this material displaced dirt, and the displaced dirt had to go somewhere. Damnit if I didn't have an idea in mind about what to do with it.

Look yonder, there, at the far end of the pump track. 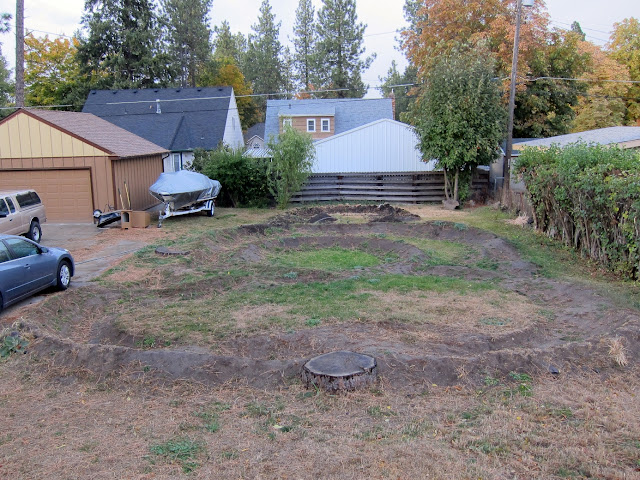 Here, have a closer look: 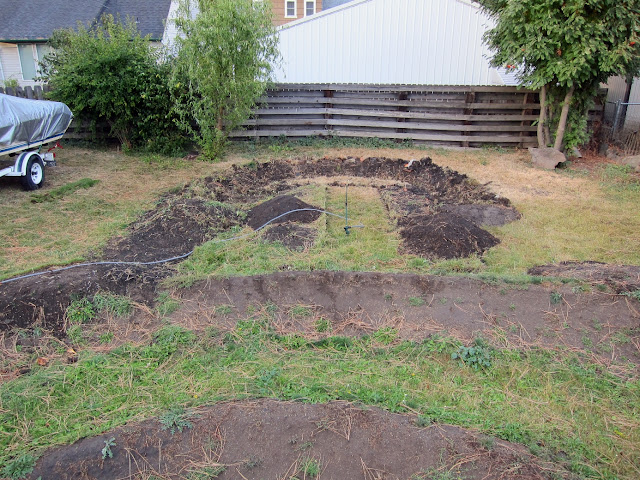 Okay, I know it's not that much to look at yet, but OTOH, the pictures belie how much work has already been done on the foundation. It's well on its way to becoming something rad. And the rad thing that it is becoming is an extension of the downhill straightaway on either side of the track (assuming you are riding in the downhill direction, of course), and a swoopy, high-banked 180-degree berm to develop some super-fun g's out of that speed. Hopefully.

It needs more dirt. Fortunately, phase II of the domestic project involves displacing a fair bit from its home. 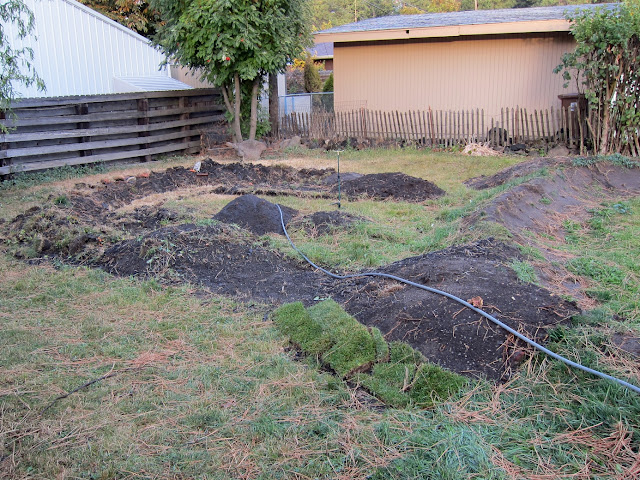 I'm pleased to announce these expansion plans and even more pleased to announce that as a private entity operating on private property, there will be no public comment period on this project. (Not to say that the public isn't welcome to comment; just to make it clear that I won't give a shit.)

The public is, however, invited to come ride it next spring.
Posted by Pat S at 9:36 PM