The big-ass van shows up just before eight. The driver remains seated, calmly idling, while every other door explodes outward. My riding-pals-turned-soigneurs burst out of the van and grab my bike and all my krap and huck it through the gaping rear-facing entry and into the cavernous cargo hold.  I frantically pull on one riding shoe, take the last hit of lukewarm java and then one-legged-hop out to the sidewalk with the second shoe in one hand and the last bite of banana in the other.  It's every bit as surreal as it sounds. 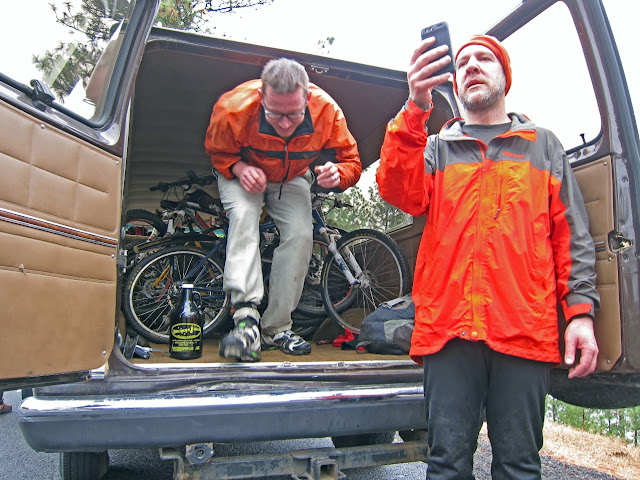 We make one more stop, during which I join the growing legion of soigneurs, and within seconds, we're back on the road. Within minutes, we're entering Riverside State Park.  It's every bit as rad as it sounds.

The man with the van has a plan. I don't know it right now, but this is where we'll be riding. 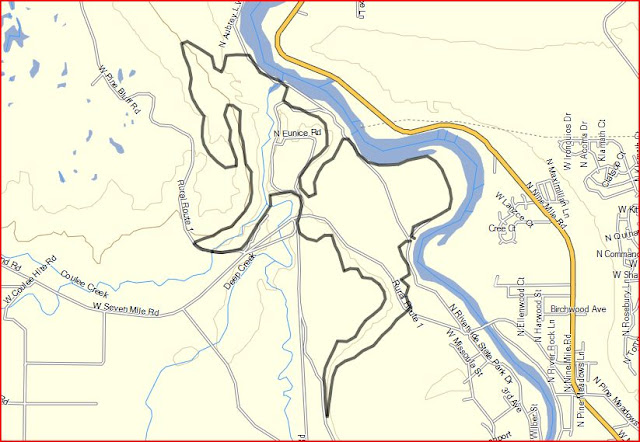 I stop to admire the sight of my buddies admiring the fogged-in hills from which we have just emerged. These guys don't stop much, so I gotta snap fast when the opportunity presents itself.


I survey Joe's 29er Elephant hardtail and once again conclude that it rules. 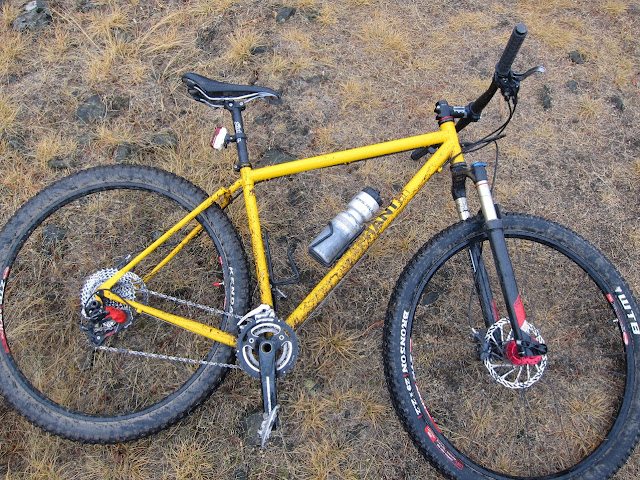 I witness Joe and said Elephant on the trail. 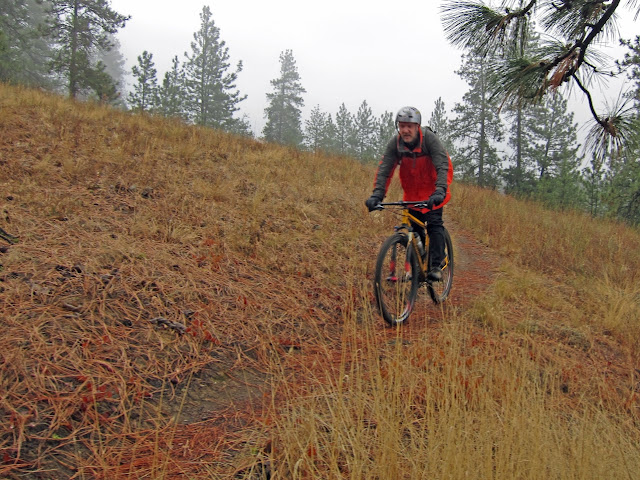 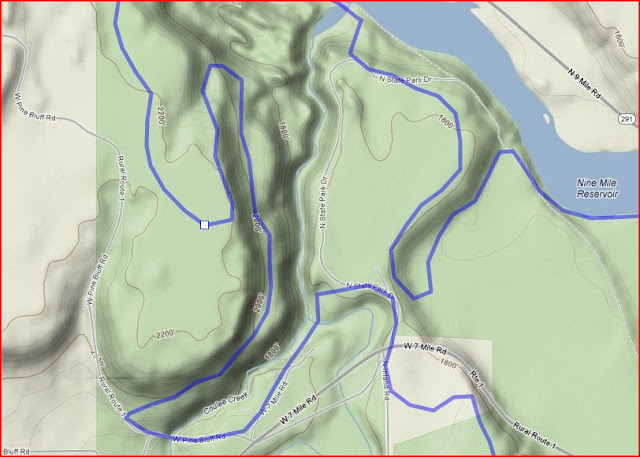 The payoff is the view from atop Pine Bluff. Joe, John, Glen and Justin, L-R. 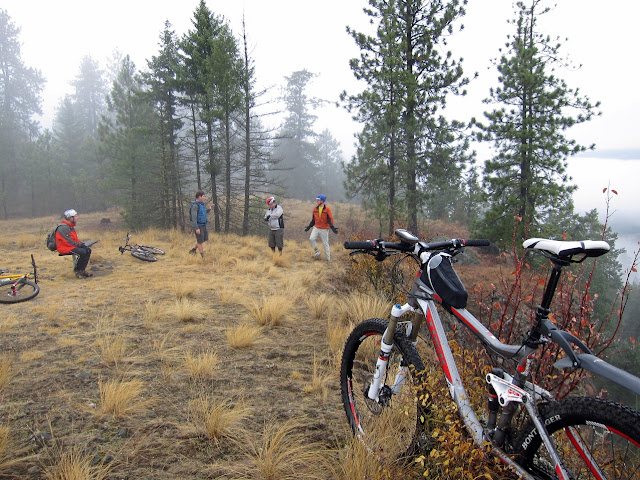 I hear someone call me a pornographer. It doesn't bother me at all. 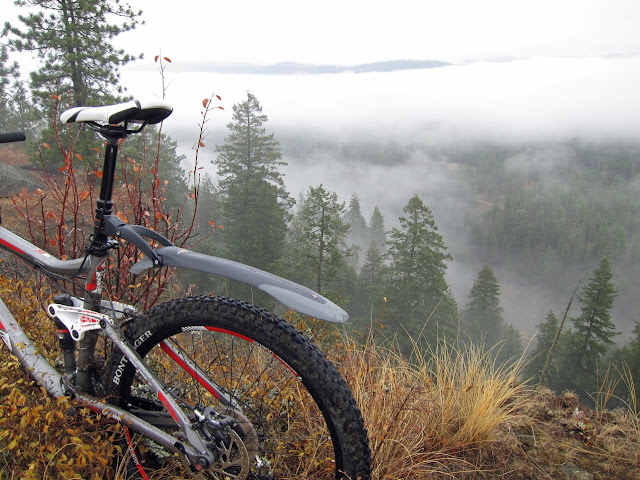 Well, maybe just a little. I take one bikeless shot, just to validate that I am not. 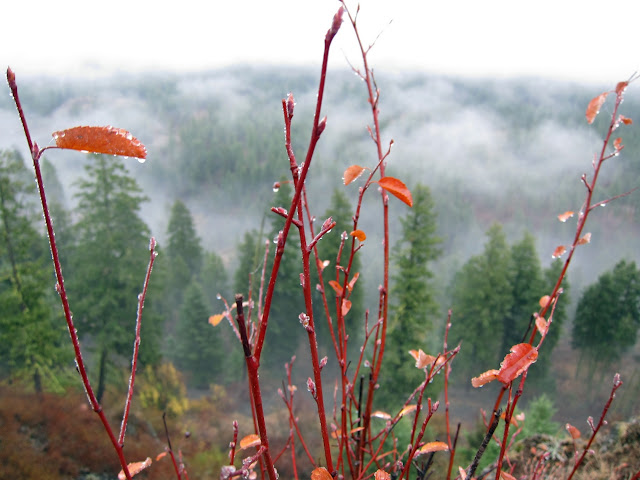 I arrive back at the van sopping wet from my own sweat, with snot dripping from my nose, mud splattered all over my face, and a set of seared lungs. I anxiously wonder how soon I will be able to get back out here and do this again.
Posted by Pat S at 9:56 PM

What a great ride report! For those of us who do this sort of thing, you said it all. Almost feel like I was there.

Sounds like you guys had a great time. You sure that growler was just for show...?

Thanks, Steve. And yeah, the growler was empty from the start . . . I think John was returning it to Joe or something. If it had been full, the contents would have been in peril. At 10:30 on Sunday morning.