It's generally understood that "what happens in the woods, stays in the woods." I will admit that this guideline doesn't have anywhere near the gravity of the equivalent Vegas axiom, whereby the "I know we're best friends, but I swear I'll slit your throat with a rusty butter knife if you ever tell a soul about this" situation is common. Mountain biking scenarios don't generally have the potential to blow up marriages and ruin personal lives. But still, you like to tow the line.

Sometimes though, it's necessary to break code of silence . . .

When a certain person, who shall remain unnamed, keeps asking the group with whom he's riding "does this bike make my butt look skinny?", well, I think some disclosure is in order. The answer of course, is yes, and maybe one of the least-talked-about benefits of owning and riding a fatbike. But still. 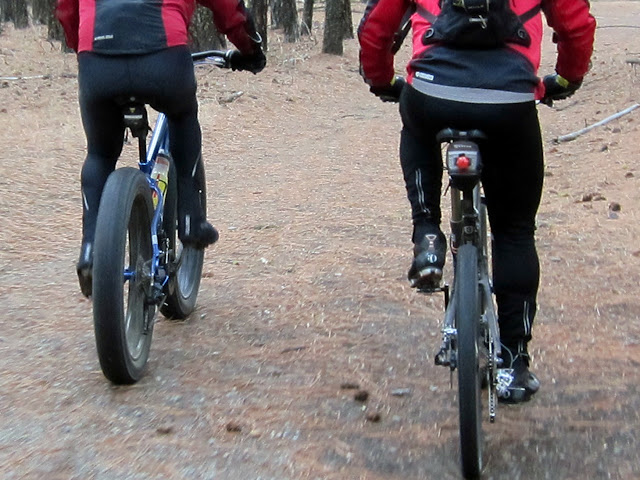 Kidding aside, I was treated to a ride with Dan, Eric and Chris today, in Dan's backyard stomping grounds. It was some pretty great stuff in the general area of North Indian Trail/Sundance and looping through RSP between 7- and 9-mile. An area which I haven't ridden before. It has a totally different vibe than the area between 7-mile and Spokane, and it's pretty sweet. Tons of climbing, holy hell. There were two fats and two skinnies (bikes, not guys) which proved that they can coexist. Rad. 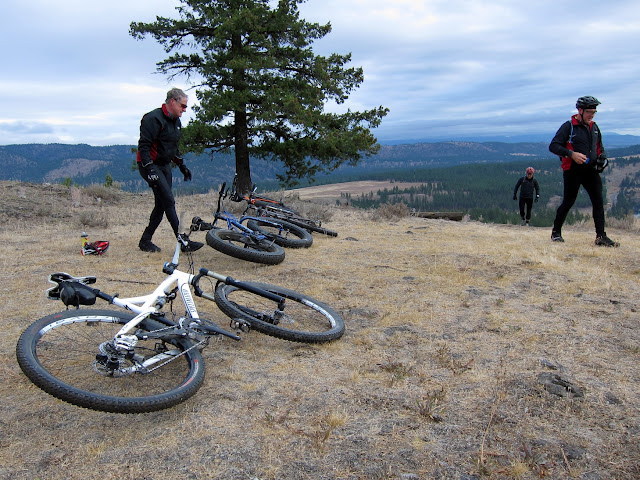 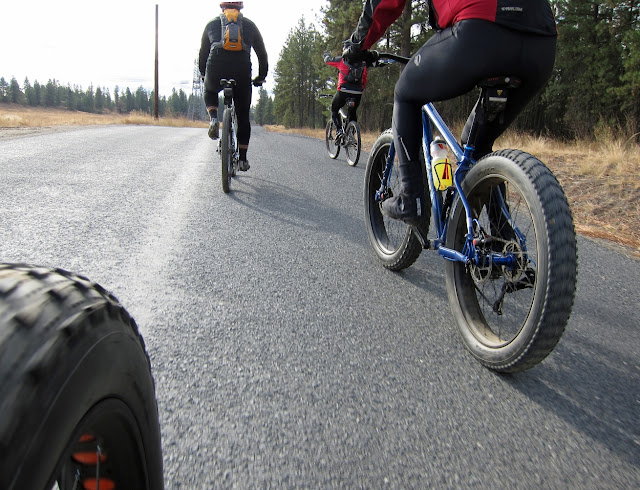 I crashed and banged up my hand a bit, and I hope to have some awesome, swolen, black-and-blue pictures to gross you out with in a day or two. Something to look forward to, then.
Posted by Pat S at 10:14 PM