This wasn't intentionally a teaser. I was just short on time due to a fatbike rack project of my own that took over my life and sanity this past week, but more on that another time. a la Pual Harvey then, here's the rest of the story . . .

Back in January, Jonathan Eberly got in touch about building a rack. Here's a snip from one of the planning stage emails:

"What I am thinking about is a Porteur Rack. Nice, Solid. Something like a pass and stow maybe. Looking for generator light mount under left side. This will be for the 640. As for size? How does not to big and not to small sound? I Have a little nitto M12 that I can swap for when I dont need the platform but otherwise I imagine this will stay on the bike.

Another possible idea, if its even possible, is a rear rack that can have a front wheel drop it in, like an oval on one side of the rear triangle, to tow a bike. It'd be a one trick pony but when I needed it it'd be pretty rad to have."

Uhh yeah, that second paragraph. I love how he just kind of slipped it in there. The dude obviously knows me too well.  My response was something along the lines of "this is too awesome not to do!"  The thing is, you or I might have a need to tow another bike once or twice in our entire lives, but  with Jon, when he says he will "use it all the time", you don't have any idea of exactly how, but knowing him, you just know it will be true. So the porteur was quickly out of the picture and the tow-bike rack was fully front and center.

Subsequently, there was some web searching and a thread posted to an online group we both belong to and then post-subsequently, a bunch more brainstorming and concept melding. Fast forward then, and here's the actualized build sequence . . . 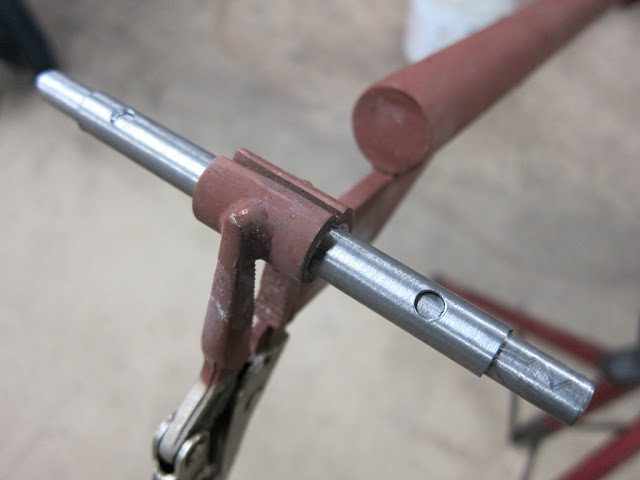 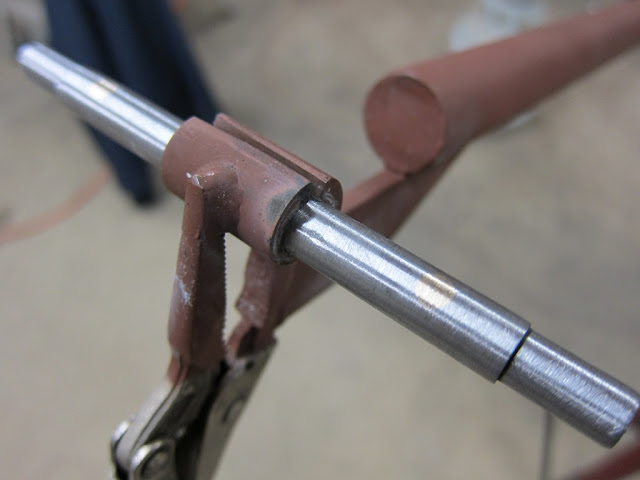 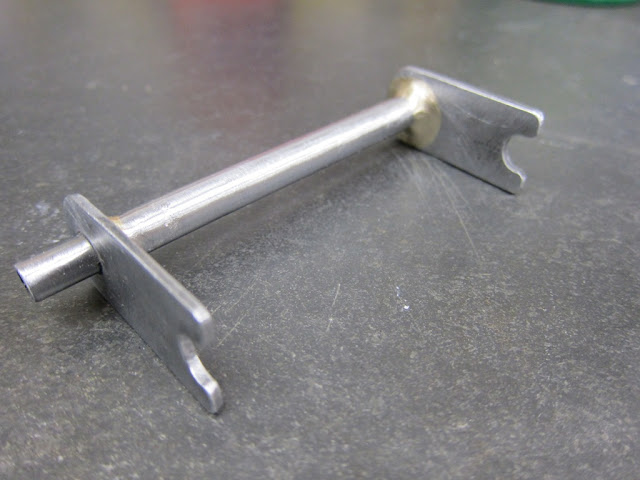 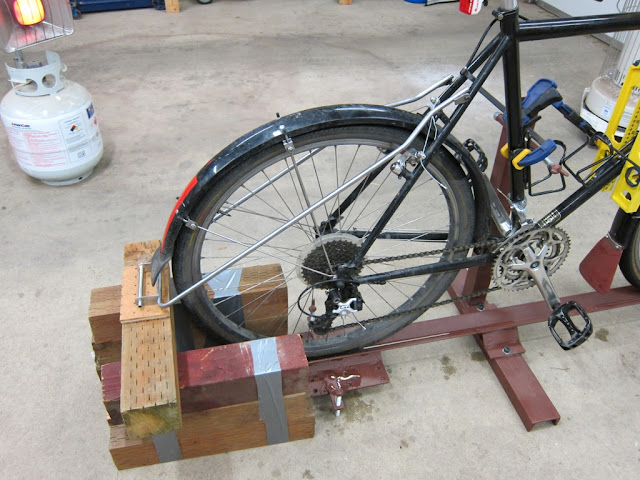 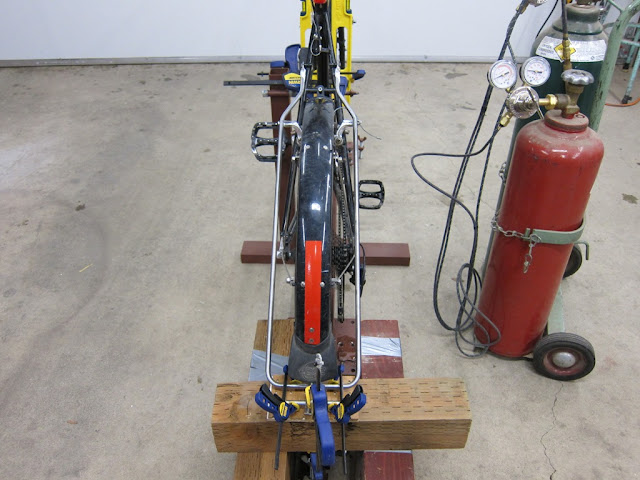 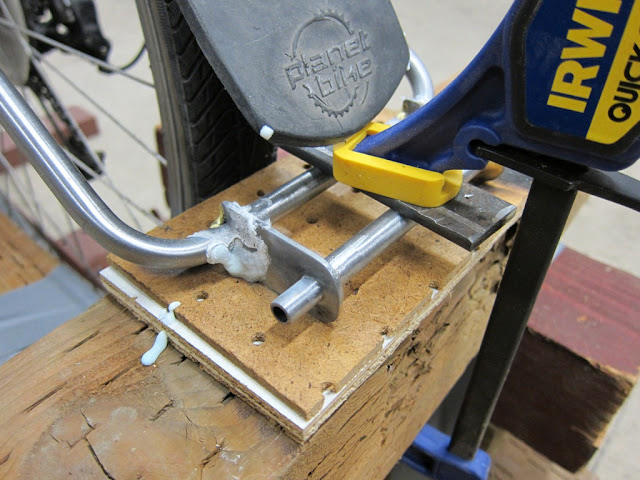 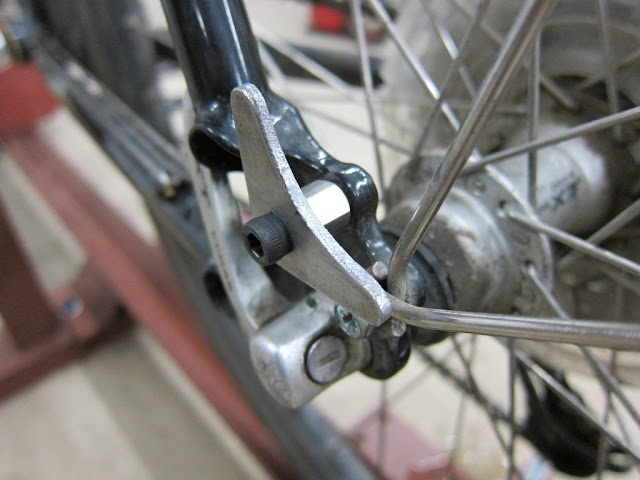 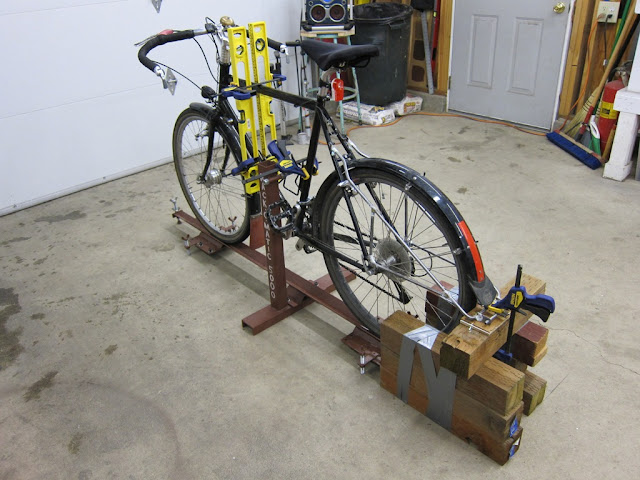 Armed with the back story as you now are, I think you'll be better able to appreciate this vid in it's full glory, so allow me to re-post, given the added context . . .

Superb vision, planning and execution, Jon. And as a side note, it's great to know who to call now, for roadside assistance.
Posted by Pat S at 9:58 PM

Pat, I am so very thankful that you helped me turn a crazy idea into a reality. This post has the side effect of making me really sad. Looking at the pre-beard apocalypse I feel like shaving was a terrible, TERRIBLE mistake. Why was I not prevented from pogonocide?

It's sad Jon had to auction his beard to finance this project, but it's a good cause. And, Donald Trump now sports a better hairpiece.

Could there be a triangle with a QR welded on top of the rack to elegantly hold the front wheel of the towed bike?

Also, is a double tow hitch possible, QR on both sides of wheel?

If you carried extra tow-racks, then you could have a train of multiple bikes.
- Ventura

It would be so tempting to jump on that train...

Jon, if it in any way helped the rack get built, it was a small price to pay, in the big picture.

Ventura, I know. Don't give him any ideas.

That tow rack is awesome. I could see using something like that for picking kids up at school and having them ride home.

This 'tow bike rack' appears to be a 'one-off' I own several well-worn bikes which require a 3 mile urban tow to my local bike store. Currently I put my bike in the van and drive it to the LBS. Something wrong with that picture.

I would like to have a similar tow-bike rack as described in the link above. Is it possible to have another one made? And, how much would it cost?

Sorry, Ken, but I'm not currently doing any rack building. You might try frame builders in your area to see if anyone would take the project up.