My day 7 ride was a John Wayne Pioneer Trail recon trip. It was awesome. I wanted to see the place where I will be starting my cross state tour, so that meant driving out to Tekoa and backtracking the trail to the state line and then maybe riding a bit in the other direction. It was my intention to get out there first thing in the morning and have breakfast, but work on the bike kept me up way too late and I arrived in time for lunch instead. I had a BLT at a really nice, light & airy bar and grill in downtown Tekoa. It was fun talking with the locals about the trail - it's right in their backyard and part of the fabric of their landscape, so they have a way different perspective than this dude from the city who drives out to check out this fabulous wonder.

Downtown Tekoa has a great feel - I poked my head into the cafe, my first choice for eats, but they were just closing and I also stopped in at the grocery store. I wandered around downtown taking some pictures and it just feels alive and healthy. There's history and vitality and a strong sense of community. 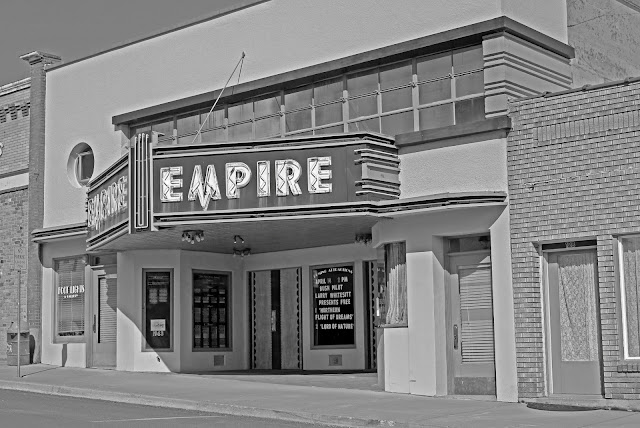 The JWPT is central to the community. This bridge runs pretty much right over the top of Tekoa. The Milwaukee Road, when it was running, would have been the clock you never had to look at for the people living there. I've never lived someplace where I was right next to a rail line, but I've spent a lot of nights at Loon Lake with the trains passing on the other side of the lake and I just totally love the sounds and the rhythm that it adds to the days. It must have been the eeriest silence for the people in Tekoa when the line stopped running. 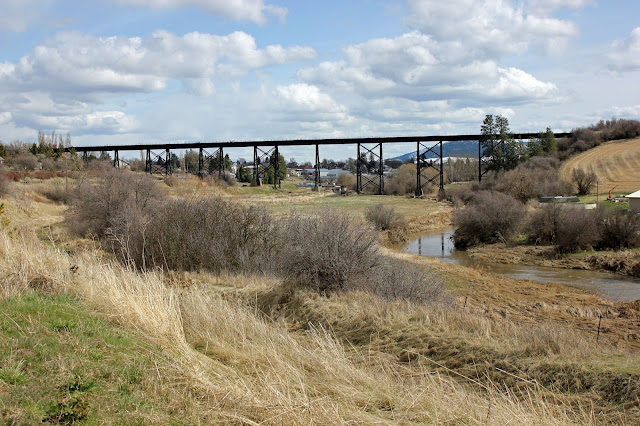 These days, the bridge is impassable - I visited both ends and there are steel plates in place and a section of ties has been removed to discourage anyone from even trying to get on the deck. And of course the mandatory legal-eagle approach signs warning of the extreme danger. 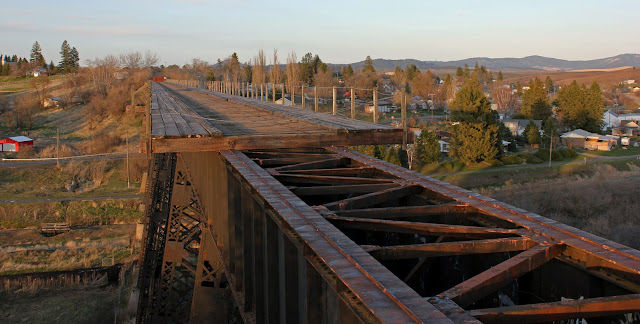 Not sure how this picture got so out of focus with all the fancy equipment I'm lugging around, but it's the entrance to the trail on the east side of the bridge. So heading east, towards the Idaho state line. It looks tamer than I had imagined. But maybe that was just because it was so close to town. 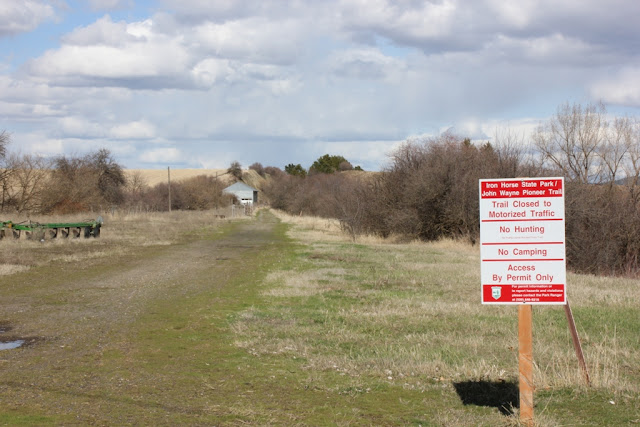 Nope. It looked pretty much like a country road all the way to the state line and beyond, which was one of the two biggest surprises of the day for me. I have no idea where all the ballast went, but there was some pretty big time and money spent turning the railbed into a road. 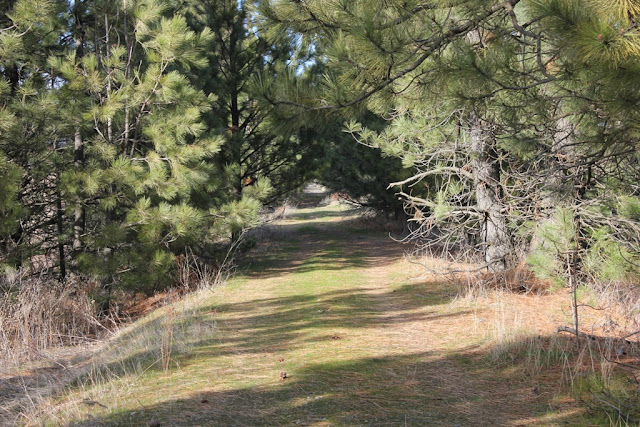 The second big surprise of the day was a direct result of the first - since the trail was primarily dirt instead of rock, it was a mudfest this time of year, especially in the cuts, where melting snow and rain accumulate and pool on the trail. Holy hell. Sometimes I could skirt the road if it wasn't too steep or soft, but there was barbed wire and thorns up higher, so it was only slightly more appealing. 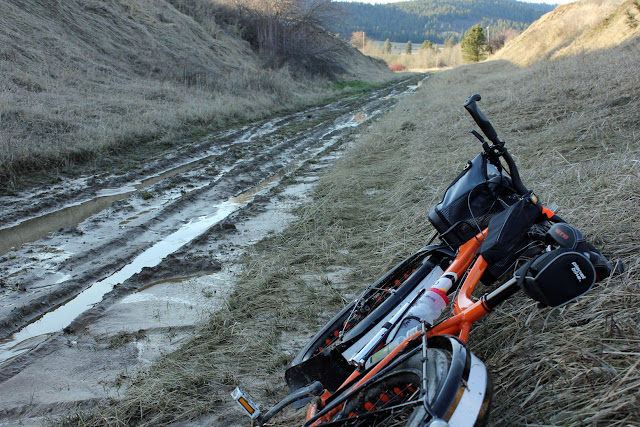 
This next picture was taken at the state line, but on the way back. I wasn't quite smart enough to figure out where I was on the way out and blew right through it and went 2 or 3 miles into Idaho. I thought it would be intuitive . . . although I don't know what I was expecting. A bigass neon "Welcome To Idaho" sign maybe. Let that be a lesson to just take the damn GPS on future recon trips, then. Anyways, the road in the background is the straight-as-an-arrow road that runs down the WA-ID border - it's not what I'll be riding on, it's what the trail crosses. But this is the location where I'll start. 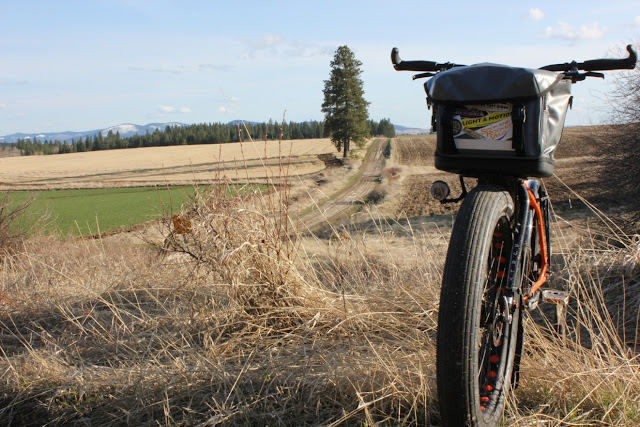 All up, my computer said I was in the saddle for 2-1/2 hours and went a whopping 19 miles. I was on and off the bike a lot and pushing quite a bit and so it felt like about 5 hours. A slogfest.

But a really good slogfest. 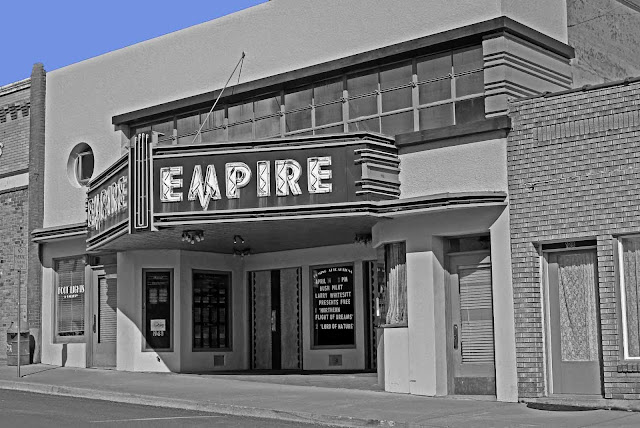 Patrick yeah, it was pretty great. My knees are feelin it today though - I think day 8's gonna be pretty low key!

Beautiful! I think I want to do this too! The theatre picture rocks.

yum, on the fat bike touring. really nice looking steed with the rack and light and dyno. i could ride that thing forever so long as there were regular cafe stops. and coffee. and a beer now and again.

when / if i ever have some $$ and need a rack, i might have to commission you.

oh, and that theater pic is cool. i want to see it with more contrast though, just cuz. but nice shot. lovely lettering on the sign.

Professional trading signals sent to your cell phone every day.

Start following our signals right now & earn up to 270% per day.