This was it: Fatturday. As in, if you have a fatbike, then ride it. And put some pictures up, or it didn't happen. And oh yeah, this applies to everyone in the world.

Here in our little corner, it was celebrated by myself and four other fattists, which legitimately constitutes a floatilla.  Spokane's longest-tenured fatbike owner/afficianado Dave Nelson, suggested that since the nordic trails aren't open yet at Mt Spokane, that maybe we get in touch with the park manager up there and do a little fatbike PR'ing and then maybe take a spin on those trails.  (Bikes are not allowed on the nordic trails once the nordic season begins.) 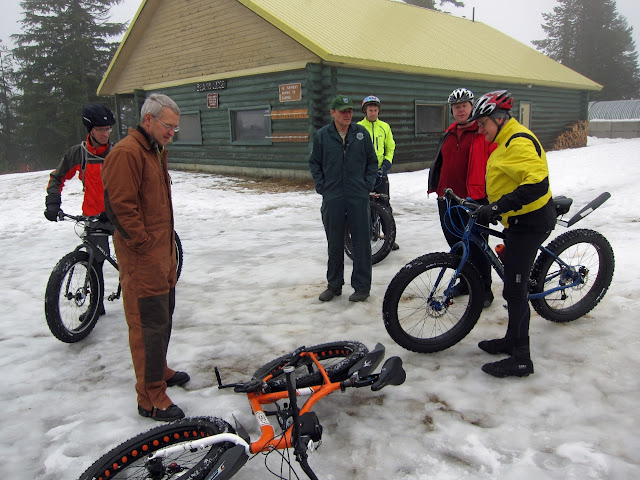 It was a good meeting and one bit of good news was that due to some changing circumstances, a portion of the multi-use trailage in the park might end up being just right for snow bike use in the not-to-distant future. Right on.

As for today, it was warm and wet and the snow was heavy as mud.  And therefore not ride-able, though we did try. Proving, in the process, that it's possible to get your heart rate totally jacked without actually going anywhere. Which would technically be the definition of sitting on a trainer, I guess, except that this was somewhere around a thousand times more fun. Which isn't saying much, if you've ever spent any time at all on a trainer.

Things got as serious as they would, on this day, with the hill climb competition.  Dave cleaned it several times while none of the rest of us could do jack. I was sure I got a pic of him bagging the mighty summit, but my camn damera shows nothing, except a picture of him going back down. Which is something and not nothing, I suppose, after all. 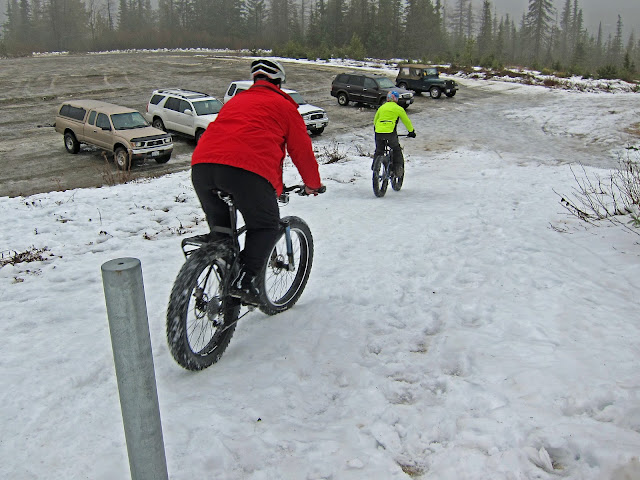 It  really wasn't in our collective nature to drive all the way up the mountain without stirring up the nordic crowd, and so we took this fatbike invasion photo, suitable for dispersion across the interwebs.  (I'm kidding, people! Relax!!!) 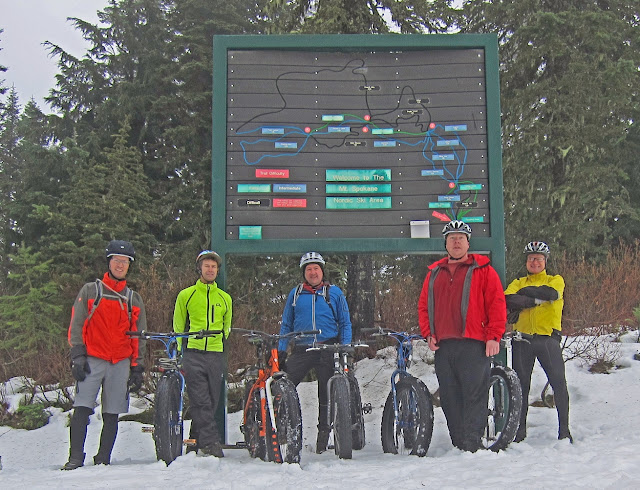 We toured the parking lot for a bit, for we will certainly own it soon, as well.


In short order, us vikings were predictably bored with our conquest, as vikings are wont to get, and we headed down the mountain in search of further trails to pillage. 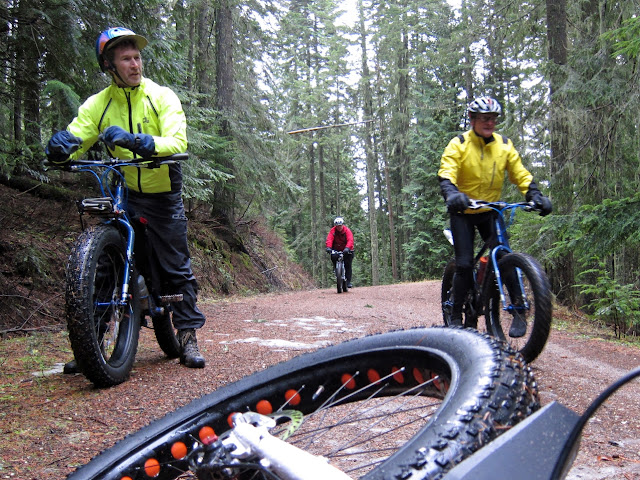 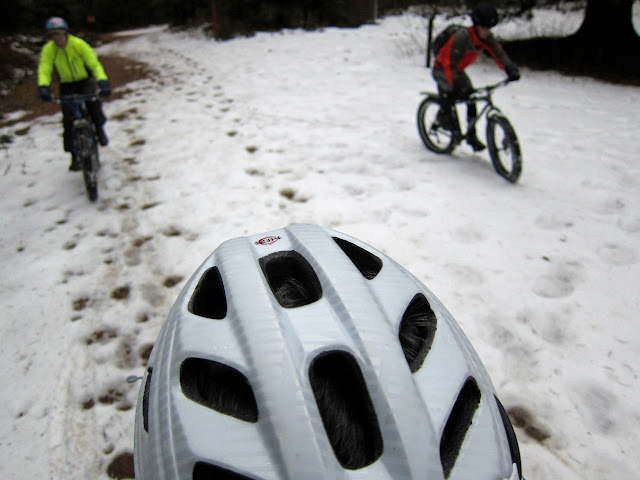 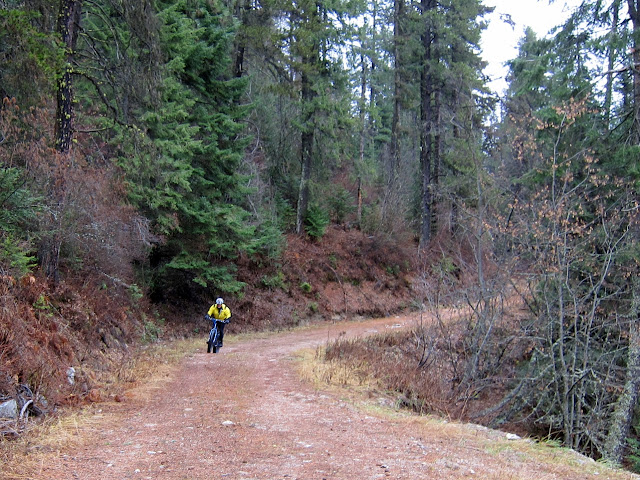 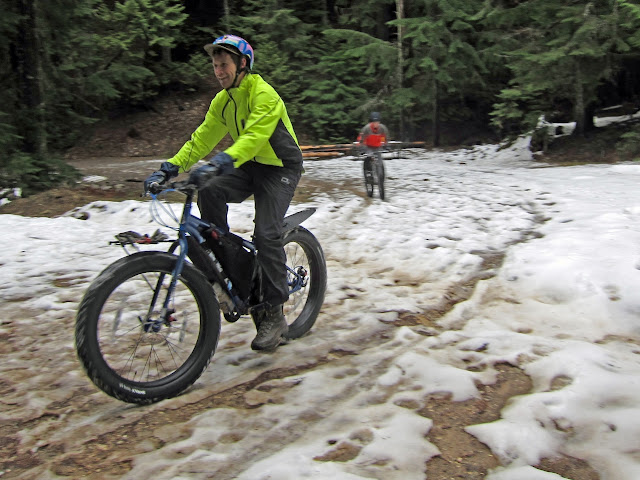 Eventually, we got thirsty, as vikings are wont to get. 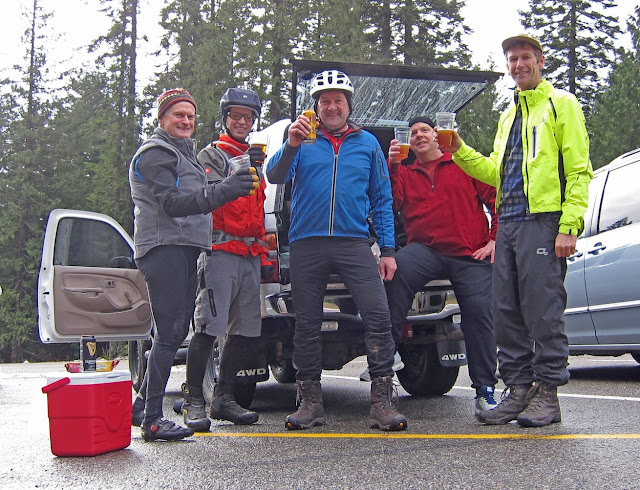 This increasingly boisterous band subsequently ambled down the road to Bear Creek Lodge, where the telling of lies began. And then continued. 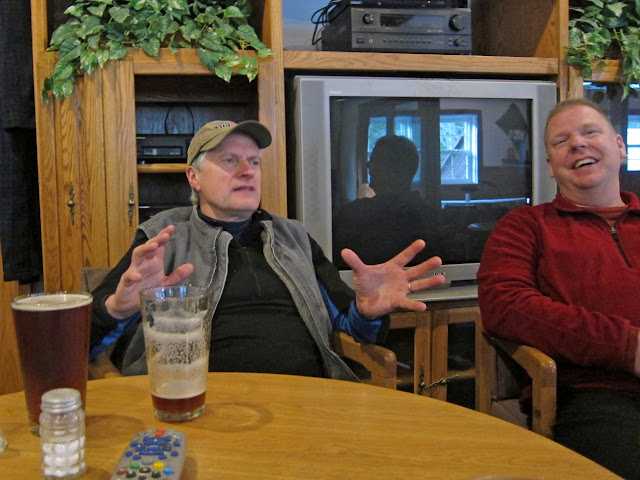 While a relatively small amount of ground was actually covered by bike, the day was spent outdoors, with good friends, while constantly moving, talking all manner of bike shit, and most importantly, laughing.  I think I like this holiday.

Here are some of the amazing photos of this event from around the globe, all courtesy of MTBR . . .

That fatbike photo montage warmed my little heart.
I rode today, no more than a few feet, but I rode. Then I used my bike to open a couple of beers.
It is a wee bit frustrating to see more snow in Ontario than AK, but I'll get over it.

Looks like Wisconsin is still the fattest state in the nation!

Great work as always Pat. I am still so overwhelmed at how this Global Fatbike Day went from a whimsical idea to such a huge event. It was great and looking at the photos on MTBR give me hope for mankind