on the second day of bikeness

The event?  The Jingle Jangle 'cross race, in Sandpoint.  The organizers added a for-fun phat race after the for-real races and four of us phatists showed up to throw down.  Part way through the first lap, I almost threw up.  Holy hell, was this course ever the perfect instrument for annihilating hearts and lungs.

But I'm getting ahead of myself.

Upon arriving, I got my first glimpse of the course and deduced that things could get kinda messy.  I'm pretty smart this way. 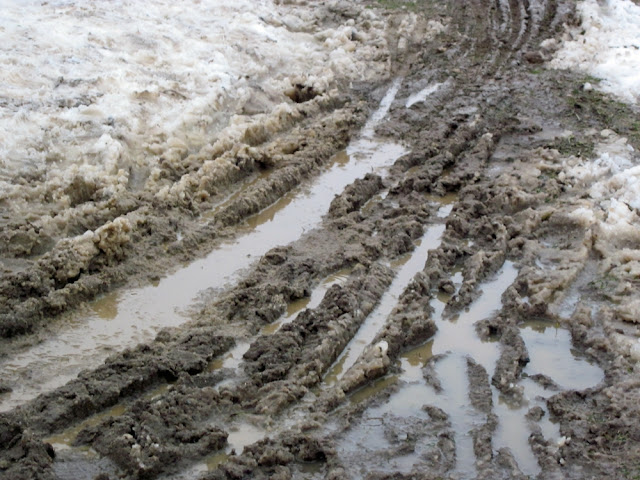 There was a bonfire and a keg, just as you would expect at any legit cyclocross race in December.  I thought, for just a second, about hammering down a few beers to dull the forthcoming pain, but wisely decided against it. 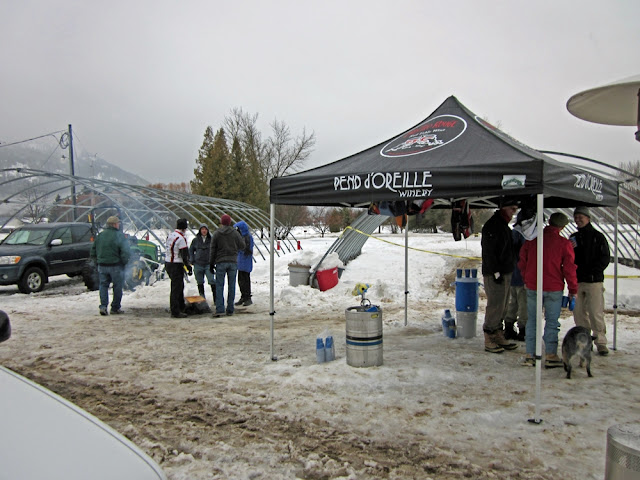 The Men 1-2-3 race was just finishing up and these dudes looked gassed.  I briefly reconsidered getting loaded. 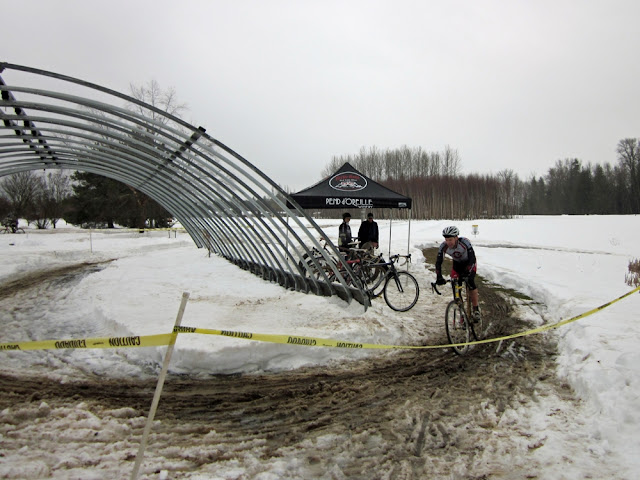 I had called my buddy Dan, who has a place at Schweitzer, at about 11:45 and told him I had made a game-time decision to drive up for the 2:00 start.  Dan, in his awesomeness, dropped what he was doing, jumped on board and drove down the hill to meet me there and play in the mud.  Sadly, he didn't end up having much fun, though. 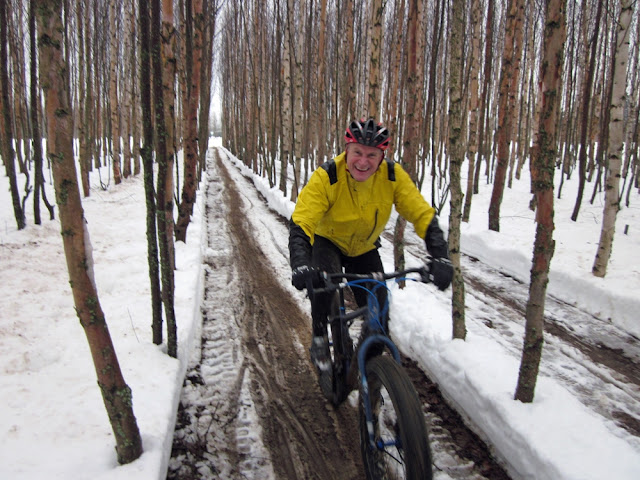 There was a set of barriers in a killer, scenic stand of trees, and then this surf-down, followed by a bitchin' most-hurtful runup. 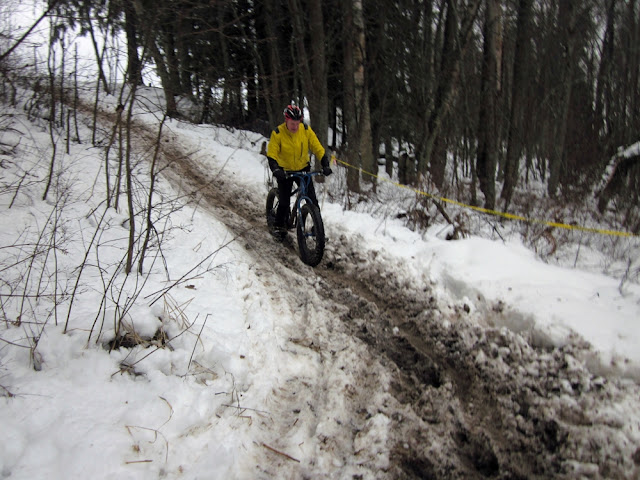 The hands-down most badass feature of the course, though, was the "mud spiral".  It was carved out of a field of snow using snowblowers and once you entered this thing, it was hours before you got out.  I kind of almost expected to just fall through a hole somewhere in the middle of it and disappear forever, in keeping with the cruel spirit of the damn thing.  I started the race behind Mike Gaertner and had his wheel for, oh, about 3 seconds, and then he was gone.  As in, out-of-sight gone.  But I "caught up" with him at the mud spiral.  Meaning that I was several minutes behind him, but that I could almost reach out and touch him as we passed at different points on the spiral. 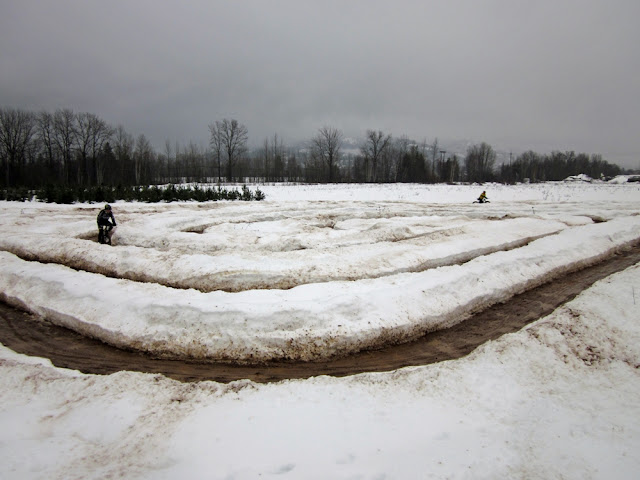 So that's the 'spiral' part of the mud spiral.  And then there's the 'mud' part. 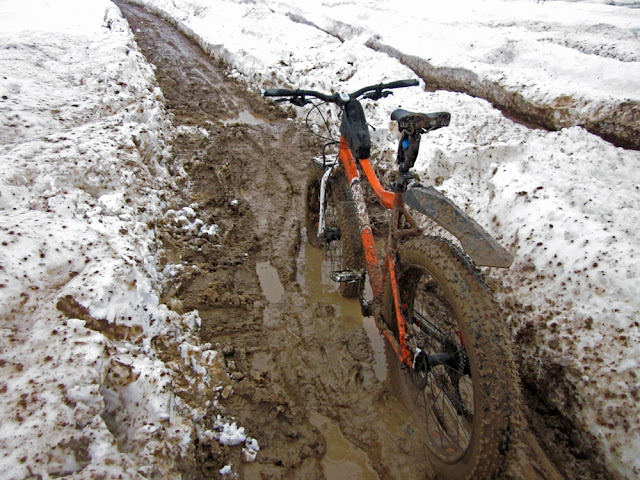 Dan and his gnarly friend Nate, taming this nastiness. Bam! 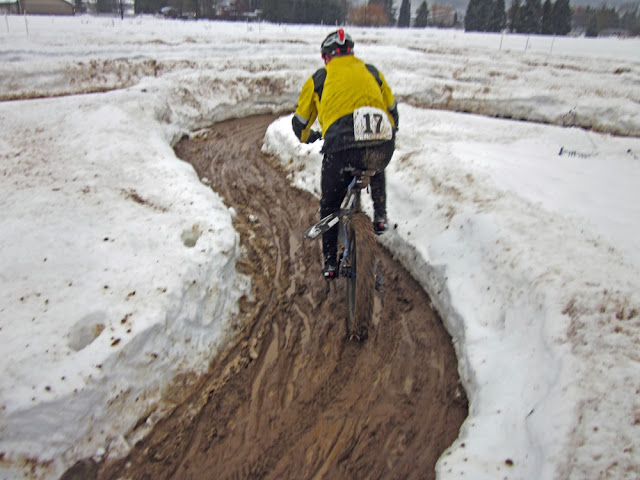 Dan snapped this pic of my good side as I crossed the bridge just before ascending back up to the start finish. 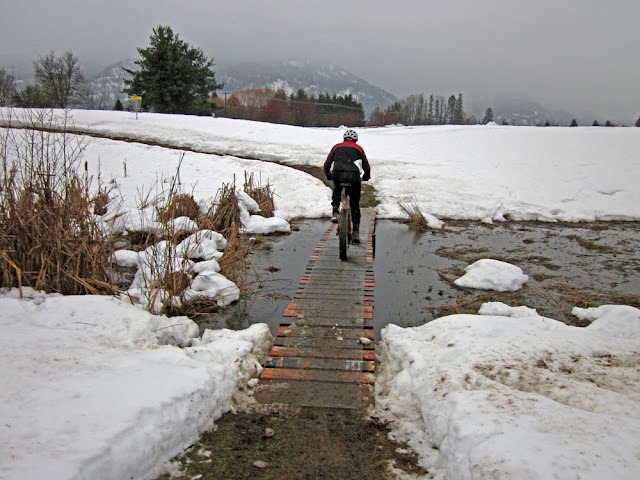 I did leave some on the course, I swear. 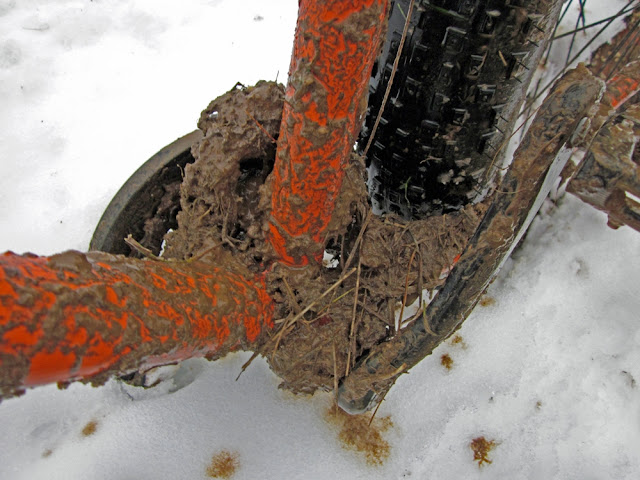 The drive-to-ride time ratio was skewed a little to the drive side on this day, but sometimes you gotta get to where the good stuff is happening, and today was one of those days, so I have no regrets whatsoever about my decision. Oh what fun it was to ride, on a cold and sloppy day, hey!  I can't even imagine how much work went into getting this course ready and I just wanna send a shout out to the organizers about how well done it was.  World class stuff, man.

It was awesome to have people show up after helping snow blow the course.

Justin, THANKS! To you and and rest of the crew. Awesome course. Just awesome.

Dan, I would have loved watching Katie Compton love this course. Thanks again for rallying to the call of the fat.