on the tenth day of bikeness

Mildy frantic, I guess, is how I would characterize my state of mind, as day ten draws to a close. Reason being, I am so totally into the twelve days of biking gig and I have so much left to do and so little time left to do it in. Two mornings from tomorrow morning, I will be back at work, if you get what I'm saying.

So it's all about major prioritizing now. With the intent of  crescendo-ing out on a high note.  This kind of extended days of bike love opportunity will likely, probably, sadly, never present itself again, and I need to somehow kill it, as in, make the very most of it.  There was family stuff going on today and so it was time to take a deep breath and just chill the hell out and do some thinking and majorly prep for days 11 and 12.

In the morning, Patty asked me to run and get some groceries.  She didn't say I couldn't do it by bike. 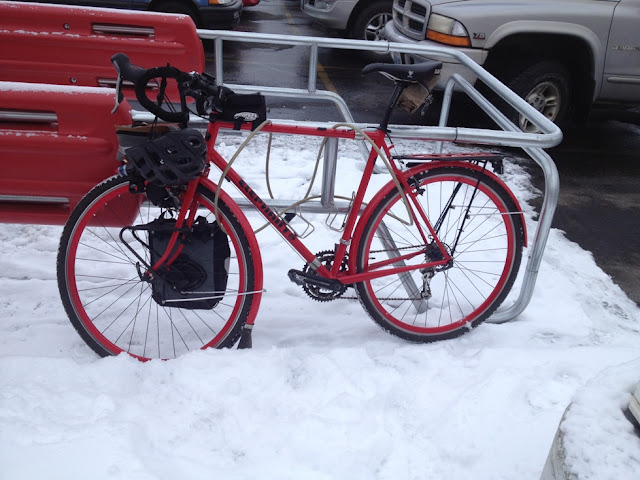 The streets right now are just big-time smooth, compacted snow and ice.  No super big ruts, which is nice. 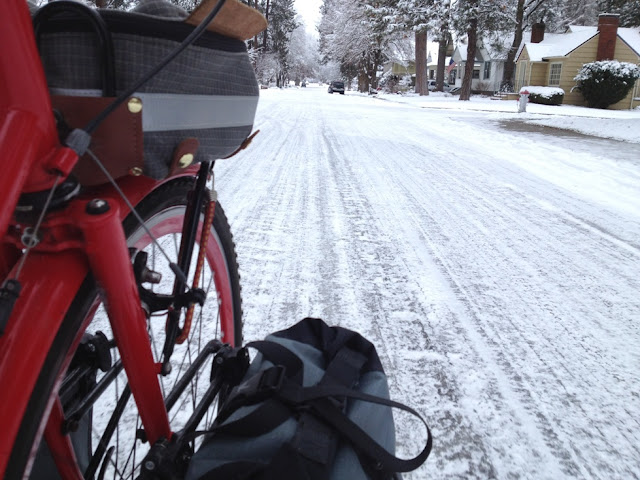 Studs are not the magic wintertime riding bullet, but if there were ever conditions for which they rule, these would be them. Those, I mean. 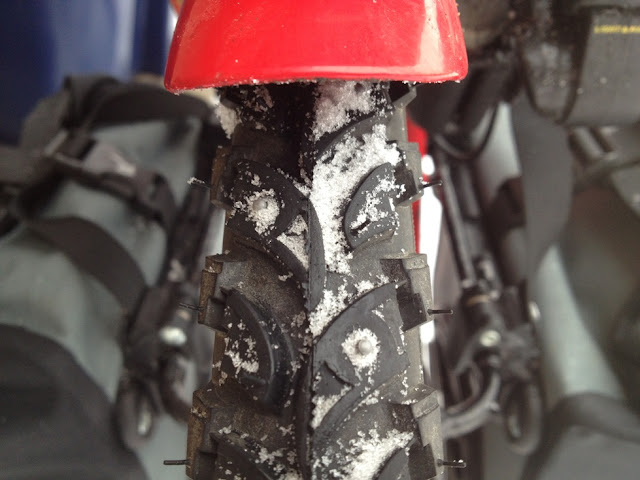 According to the original twelve days script, I was to have been wheelie-training for the past two or three days by now. But as time passed, it became obvious that in the tug-of-war between spending time playing outside and spending massive time and energy indoors finishing the wheelie machine, well, it was a foregone conclusion.  Not that I ever threw in the towel on the wheelie machine, but just that I had to accept that I wasn't gonna be spending a bunch of time under the freeway on my back wheel over these particular twelve days.  I do, however, still have some pretty powerful motivation to keep this project moving, and so I was down at Pedals2People today, gathering the remaining necessary parts.  I've been up front with Jayce from the get-go about what I'm doing and he's been rad about helping me out.  I suspect he treats all the crazy bastards like me that come into the shop with the same great respect.  Dude is awesome. 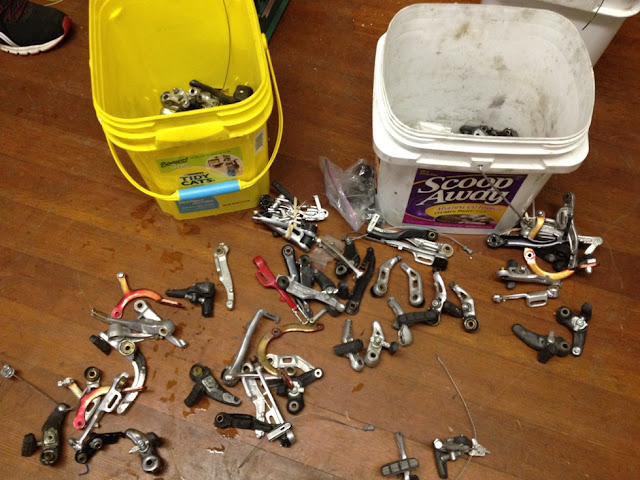 With this latest visit, the hardware equation is now pretty much resolved, and it was time to turn my attention to aesthetics. And breathe some paint fumes.  Primer coat . . . 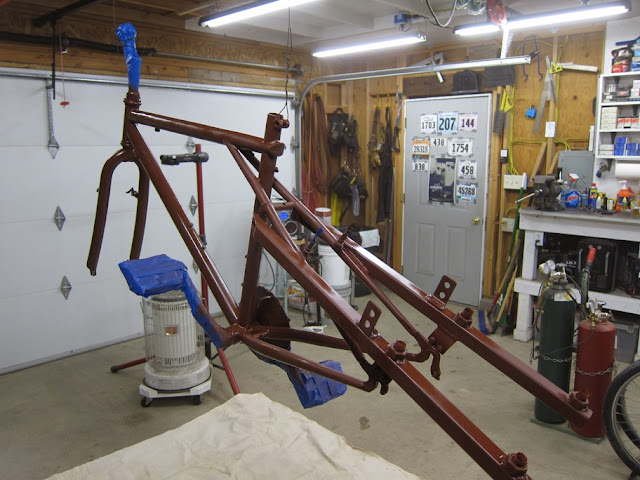 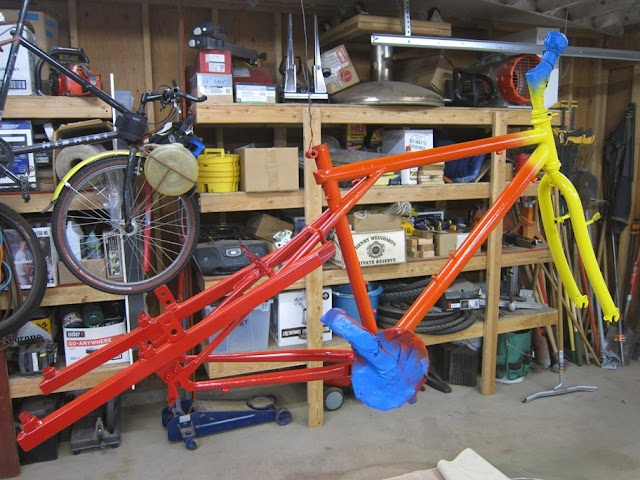 And with that, the wheelie bike is on the back burner for the time being.  Great progress, and I'm excited and all, but no way this time-sucker is taking over my last two days.  It'll keep.

What's worked it's way to the front burner, OTOH, is the pump track.  These next few days look to be kinda deep-freeze-ish, so perfect conditions.  Another one of those seize-the-moment bike opportunities then.  I dug out probably a quarter of the track tonight.  So three quarters left to go, if my math is right. 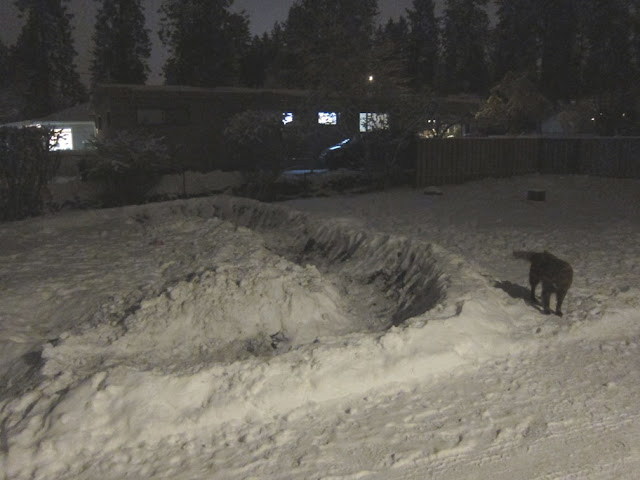 The right tires for the job are now also installed.  Is that a badass pump track machine, or what. 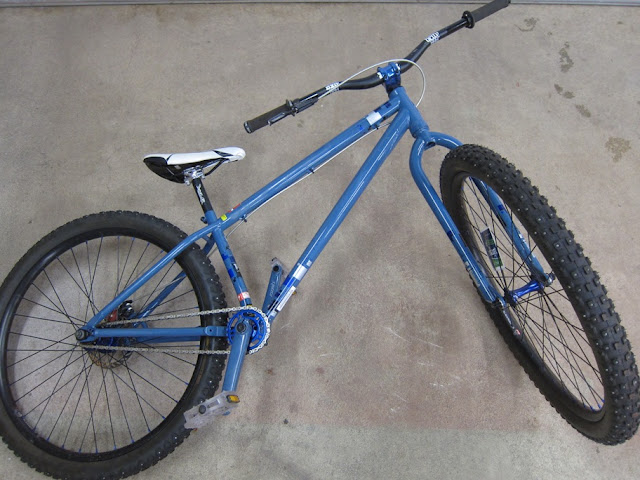 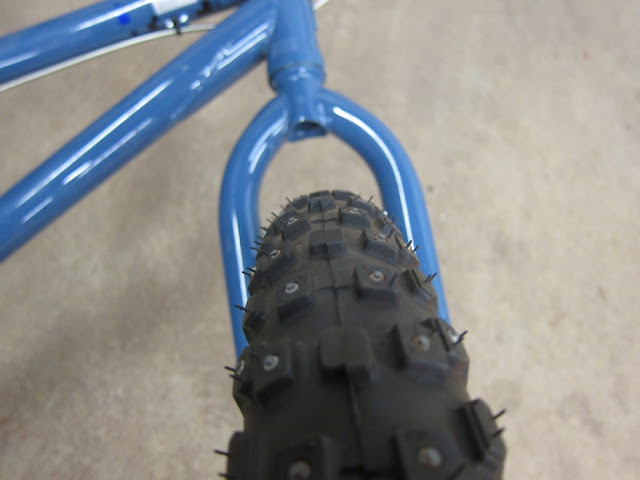 How cool would it be to ring in 2013 with a New Year's Day frozen pump sesh?  Just thinking out loud.

Nike had this ad campaign a while back about how "life is short, play hard".  It's a great sentiment and all, and I've kind of done that over the last ten days, but it strikes me that there are limits, as my basement is now a total dumpster fire. 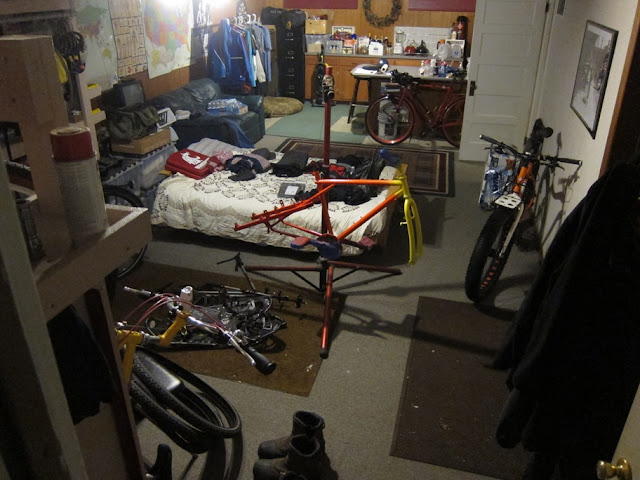 Obviously there is some great stuff going on with you. Can't be too many pump track bikes with studded tires out there. That's a thing of beauty!