on the first day of bikeness

John not-so-subtly reminded me yesterday that there are no fat tracks in Manito Park. I feigned the whole deal about how little I care, but truth be told, it's been bugging the hell outta me.

Trouble is, I've scheduled a few use-it-or-lose vacation days to combine with paid holidays in a highly strategic effort to give me 11 straight days off of work. Why is that trouble? Because wrapping things up at work to the extent that I can get away for that period of time is just a monumental effort and had me totally life-force-wasted by the time I finally escaped my humble cubicle late this evening.

Once free, though, I quickly realized that if I could summon even a tiny bit of give-a-shit, I could ride tonight, somewhere, anywhere, thereby setting the table for what I could lamely designate as the twelve days of bikeness. Yes, it's trademarkable, but I'm kind of over that whole thing, just as suddenly as I embraced it.

Brandy and I did eventually get out and 'mark the park'. Have you ever shouldered your bike to a "center point" and then ridden a helix? I seriously doubt it, even if you say you have. So just stop lying.  Crop circles are child's play compared to the tracks we laid tonight. 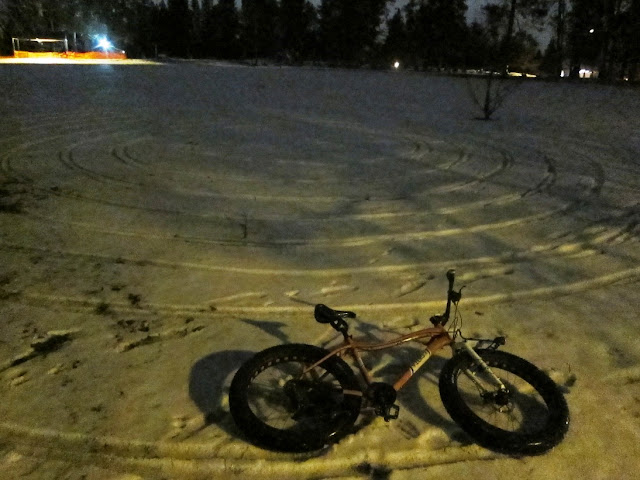 Umm, yeah, I know what you're thinking, me too . . . I should have pursued a career in art. 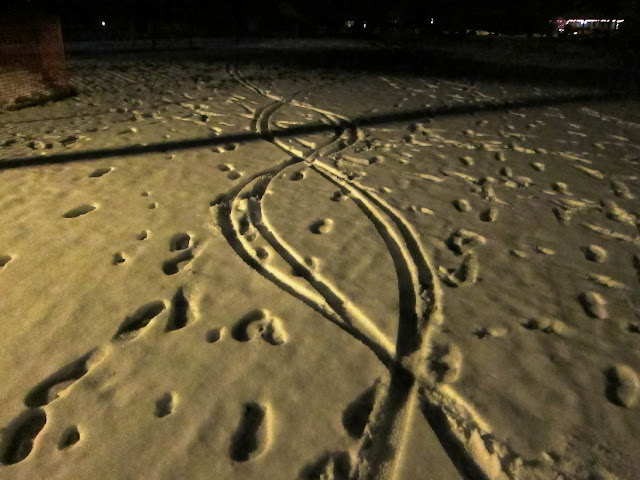 The snow wasn't all that deep, and so I had to do a bit of "rim packing" to make the bike stand up on its own and capture this fantastical shot.  Which may be kind of cheating, except that I really don't care. Betcha anything you're wondering what "rim packing" is right now. 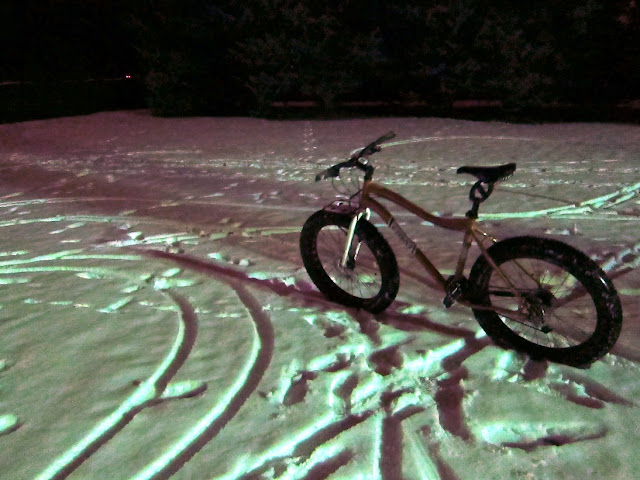 Patty has Brandy dressed up with a holiday scarf these days and Brandy is not exactly into it to the extent that her eyeballs are bleeding, but despite all this, she was still up for the outing. A gamer, that one. 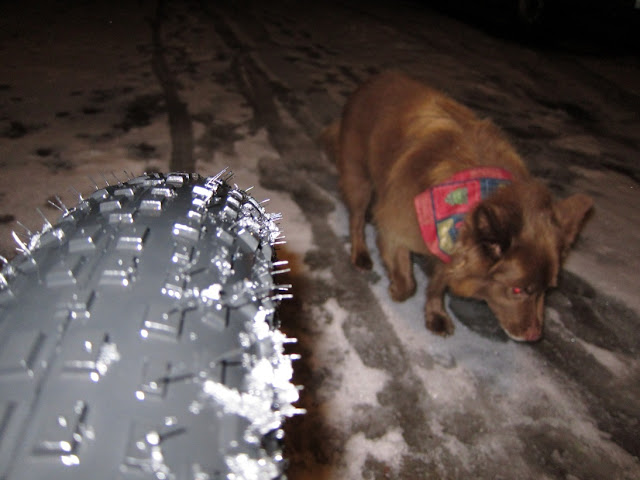 Once back from the park, I was totally jazzed about making some hardcore  progress on the wheeliebike, which plays big into my holiday plans. But I was just flat out of gas and only managed to strip it down. Flames and grinding wheels will have to hit it another day. 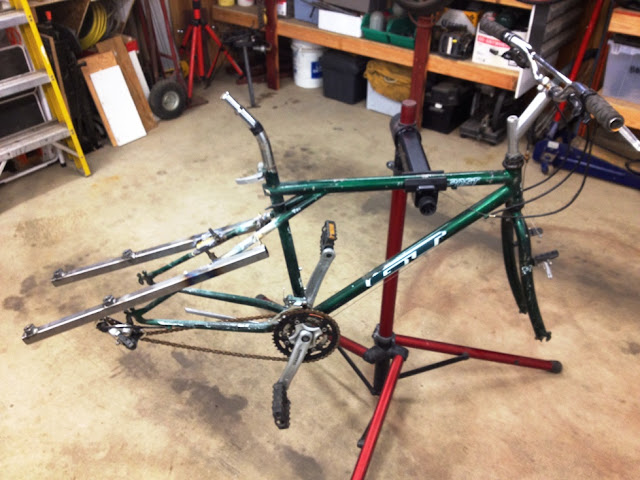 I did figure one thing out though, with the assistance of beer.  I've been struggling over a color scheme and it finally came to me tonight: "Forest awakening to a tequila sunrise". Time to go rifle thought my rattle-can stash, then.
Posted by Pat S at 12:42 AM